Home > Culture > Entertainment > ‘Dunki’ to ‘Tarla’: Upcoming Bollywood projects we are waiting for with bated breath 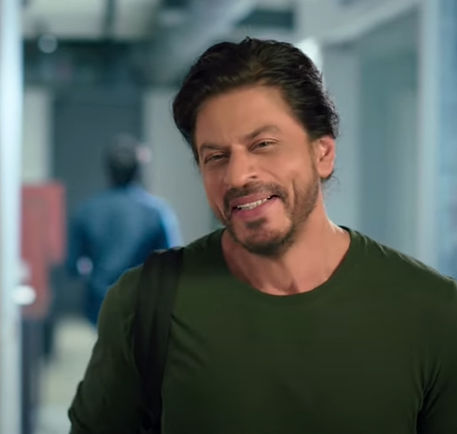 ‘Dunki’ to ‘Tarla’: Upcoming Bollywood projects we are waiting for with bated breath

2022 already is a hit year for movies. With new releases coming out every week, our weekends are sorted this year. And to our surprise, new Bollywood projects are lined-up with interesting stories that we can’t wait to watch. From Huma Qureshi’s Tarla to Ayushmann Khurrana’s Anek, know all about these new ventures and their release dates.

After Pathaan, Shah Rukh Khan announced a new surprise for his fans. He took to his social media handle to share a film titled Dunki. It is his first collaboration with director Rajkumar Hirani and actress Taapsee Pannu. The makers released a funny video on YouTube, announcing the comedy-drama starring Khan in the main lead. Meanwhile, Dunki is set to release on Christmas next year.

Rohit Shetty’s here with yet another cop drama but this time on OTT. The filmmaker recently announced a web series titled, Indian Police Force, starring Sidharth Malhotra in the lead. Here, the Shershaah actor will be seen in the role of a policeman, donning a uniform. The show will soon be streaming on online platform, Amazon Prime Video which will also mark Malhotra’s digital debut.

Jayeshbhai Jordaar is a comedy-drama starring Ranveer Singh. Written and directed by Divyang Thakkar, it deals with the subject of female infanticide in India. It is backed by Maneesh Sharma and Aditya Chopra under his banner Yash Raj Films. Jayeshbhai Jordaar also stars Boman Irani Shalini Pandey, Deeksha Joshi, Ratna Pathak Shah, and Sanjeev Jotangia, among others. It is set to release on May 13, 2022

After her 2020 OTT series on parenting titled Mentalhood, Karisma Kapoor has announced another upcoming project, Brown. It is based on the book City of Death by Abheek Barua, where the actress will be seen essaying the role of a detective. However, it is still not known whether this neo-noir crime drama is a film or a web series. Brown is directed by Abhinay Deo and is produced by Zee Studios.

Anil Kapoor’s Thar is the upcoming project on Netflix. The film is inspired by the western noir genre and is set in the 80s. Starring Harsh Varrdhan Kapoor, Fatima Sana Shaikh and Satish Kaushik, Thar seems to be a revenge saga. Here, Anil Kapoor plays a cop who is investigating a murder. Meanwhile, Harsh Varrdhan Kapoor is essaying the role of a local merchant who deals with antiques.

Culture
‘Bhool Bhulaiyaa 2’ teaser: All you need to know about Kartik Aaryan’s horror-comedy

Anek is the forthcoming film starring Ayushmann Khurrana. The actor took to his official social media account to announce his upcoming Bollywood project. He wrote, “All set on a mission to unite the nation. Jeetega Kaun? Hindustan!…” It is an action-thriller written and directed by Anubhav Sinha. The film is backed by Tseries and is scheduled to release on 27 May 2022.