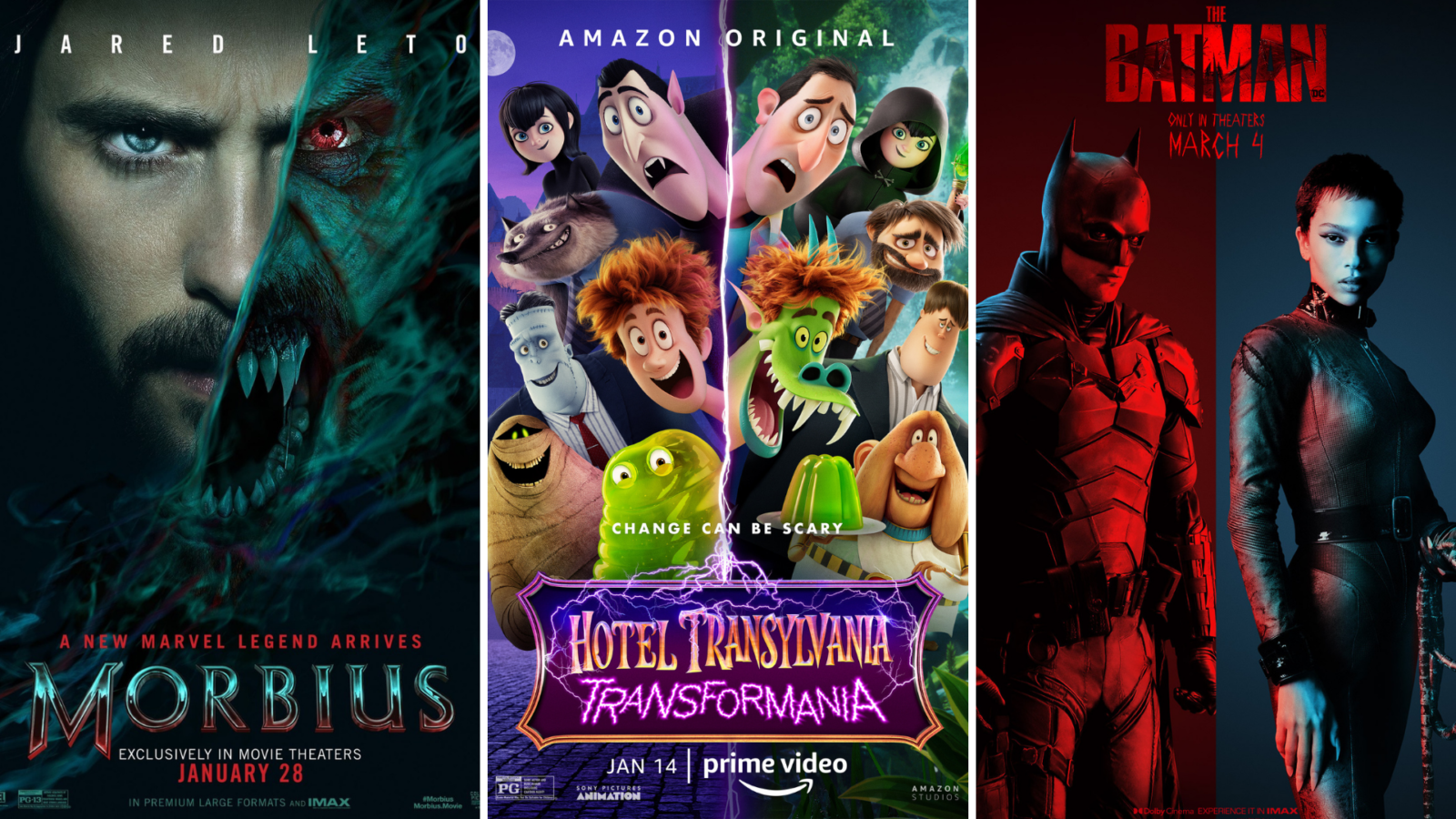 Upcoming Hollywood films of 2022 that you should watch out for

Movie releases this year are expected to be terrific, and we can’t wait to see them. Here’s a list of upcoming Hollywood films of 2022 to keep a lookout for in the new year.

Movies are a great way to keep yourself entertained. Each year we are treated to great films from different genres, like comedy, sci-fi, thriller, horror, animation, and more. This time too, there are some upcoming Hollywood films of 2022 that we know will be a hit, especially as a way to escape from the worries of Covid.

Set to release on January 14, this upcoming Hollywood film of 2022 is the fourth and final instalment of the film’s franchise. An all-time favourite animated movie for kids and a few grown-ups alike was first to release in theatres in 2021, but since covid had other plans, you can now watch it in the comfort of your home on Amazon Prime. Many of the movie’s characters borrow the voices of star actors, like Adam Sandler, Andy Samberg, Selena Gomez, Kathryn Hahn, Jim Gaffigan, Steve Buscemi, David Spade, and more.

Another upcoming Hollywood film of 2022 set to release on January 14 is Scream, the fifth instalment of the Scream film series. Informally known as Scream 5, it is a direct sequel to the 2011 Scream 4. Featuring Courtney Cox, David Arquette, Neve Campbell, and others from the previous instalment, as well as newcomers like Melissa Barrera, Jenna Ortega, and Jack Quaid, this horror film will continue to haunt and make us scream with its scary slasher plot.

As a prequel to the classic 2009 film Orphan, Orphan: First Kill is an upcoming Hollywood film of 2022 that will star Julia Stiles, Isabelle Fuhrman, and Rossif Sutherland among, others. To be released on January 28, this film revolves around Leena Klamer, who suffers from an illness making her look like a child, making it easy for her to pretend to be the lost daughter of a wealthy family. This nail-biting movie, previously named Esther, will undoubtedly have us on the brink of our seats with every scene.

While Marvel creates top-notch films for its universe, DC participates in doing the same. One of the upcoming Hollywood films of 2022 will be The Batman, scheduled to release March 4 and is a reboot of the classic Batman film franchise and is intended to be the first in a new standalone trilogy. We will be seeing Robert Pattinson as Bruce Wayne / Batman alongside Zoë Kravitz and many others. We might have a different Batman saving Gotham City, but the premise and the experience will always remain the same.

If you have been to the theatres recently, you might have come across the trailer to this upcoming Hollywood film of 2022— Morbius. It is intended to be the third film in Sony’s Spider-Man Universe and has stars like Jared Leto, alongside Matt Smith, Adria Arjona, Tyrese Gibson, set to release on April 1. Like almost all Marvel movies, Morbius features a character from the Marvel comics of the same name, who tries a dangerous cure for his rare blood disease, afflicting him with a form of vampirism.

Doctor Strange in the Multiverse of Madness

Marvel has made some incredible cinematic pieces that fans have truly marvelled over. This year is no different with the release of Doctor Strange in the Multiverse of Madness— a sequel to the previous Doctor Strange. This upcoming Hollywood film of 2022 will star Benedict Cumberbatch, Benedict Wong, Rachel McAdams, Elizabeth Olsen and more. The madness set to begin on May 6, 2022, is part of Phase Four of the MCU.

Lightyear is an upcoming Hollywood film of 2022 that belongs to the animation genre and is a spin-off of the popular franchise Toy Story. This film, set for theatrical release on June 17, explores Buzz Lightyear, the inspiration for the action figure in Toy Story. Voiced by Chris Evans, we will be diving deeper into the life of Buzz Lightyear. The movie might be great news for the fanatics of the character and the film Toy Story.

Another franchise movie, Mission: Impossible 7, which stars Tom Cruise, is an upcoming Hollywood film of 2022 that won’t disappoint us, just like its previous successors. Scheduled to release on September 30, followed by a streaming release in November, our mission is to wait in anticipation, which might get impossible, but fruitful nonetheless. A sequel to this action-packed film is also set to release in 2023.

Spider-Man: Across the Spider-Verse (Part One)

This upcoming Hollywood movie of 2022 is the first of a two-part sequel to Spide-Man: Into the Spider-Verse, revolving around the life of Miles Morales (Spider-Man). With voices borrowed by Shameik Moore alongside Oscar Isaac and Hailee Steinfeld, this film, scheduled to release on October 7, will continue to show the adventures of Spider-Man into the Spiderverse. Accompanied by Spider-Woman and a new team of Spider-People, the premise revolves around them facing a powerful villain.

Black Panther: Wakanda Forever is an upcoming Hollywood film of 2022 set to release on November 11 and is the sequel to the previous Black Panther. Starring Lupita Nyong’o, Danai Gurira, Martin Freeman, Letitia Wright, Winston Duke, and more. The film creators had envisioned the notable Chadwick Boseman to play his part, but unfortunate circumstances concerning his health led the MCU to lose one of its greatest actors. The film will now explore the world and characters of the first film as a tribute to honour the legacy built by Boseman.

The second film in the Avatar franchise, this upcoming Hollywood film of 2022, was highly anticipated by the fans of the first film. The addition of three more sequels and the need for new technology to film performance capture underwater led to the film experiencing several delays. Avatar 2 is finally ready to release on December 16 of this year and hopefully in theatres, so we can appreciate this magical piece of cinema correctly. We will be able to see the great works of stars like Zoe Saldana, Kate Winslet, Sam Worthington, and more finally again.

Aquaman and the Lost Kingdom

This upcoming Hollywood film of 2022 is another film that is set to release on December 16 and is the sequel to the 2018 Aquaman. Featuring Jason Momoa, Amber Heard, Nicole Kidman and many others, the film is part of the DC Extended Universe (DCEU), similar to the Marvel Cinematic Universe (MCU). The movie will be available for viewing on HBO Max 45 days after its initial release.