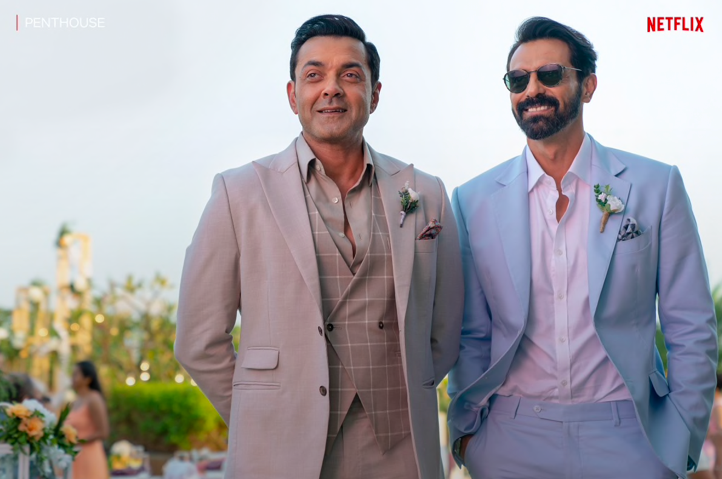 Netflix never fails to surprise us. For 2021, the OTT giant has released a list of movies and shows as part of their campaign, See What’s Next, India. The trailer showcases 13 original films and eight new shows spanning across various genres — romance with Ajeeb Daastaan, Comedy with Meenakshi Sundareshwar, and thrillers with Aranyak. Filled with faces new and old, they’ve curated the perfect binge session.

New Upcoming movies in 2021 to release on Netflix – 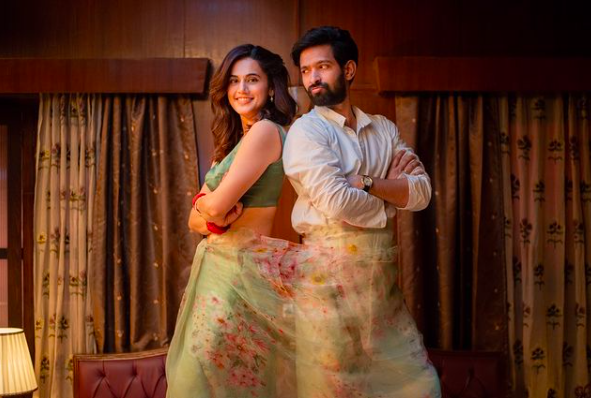 A new mystery thriller starring Taapsee Pannu, Vikrant Massey, Harshvardhan Rane, and Hansika Motwani. The story revolves around a woman whose heart longs to live like words captured in a novel finds herself entangled in the murder of her husband. 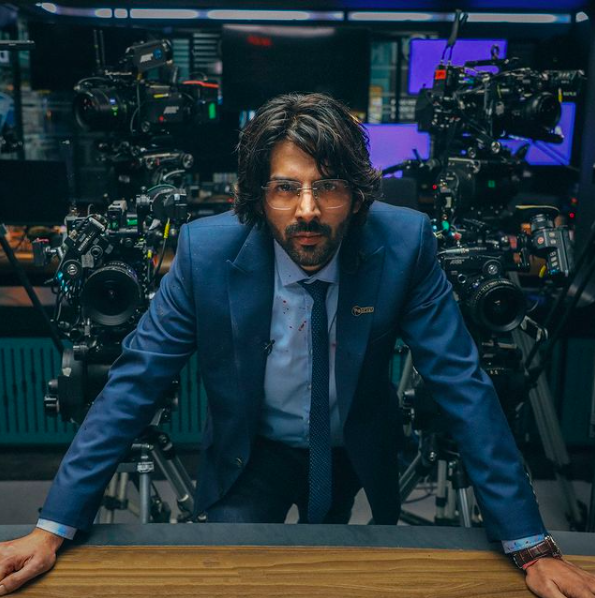 Stars Kartik Aaryan as a frustrated ex-news anchor who is given a chance to go live on prime-time TV when a terrorist calls him with a bomb threat. This Ram Madhavni film has no official release date but is said to come out in the first half of 2021. 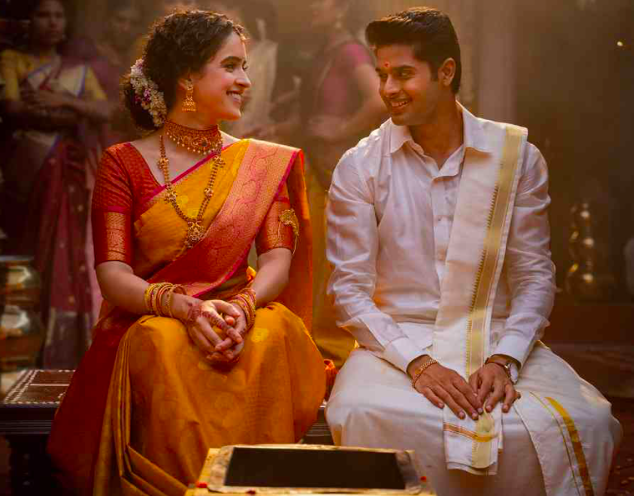 Written by Vivek Soni and Aarsh Vora is about a couple that agrees to get married because their names combined coincide with a famous temple in Madurai. But when Sundareshwar is called always for a job for single men, he has to leave his wife and pretend to be unmarried. The film stars Sanya Malhotra and Abhimanyu Dassani.

ALSO READ: Check out the cast of Ludo movie on Netflix 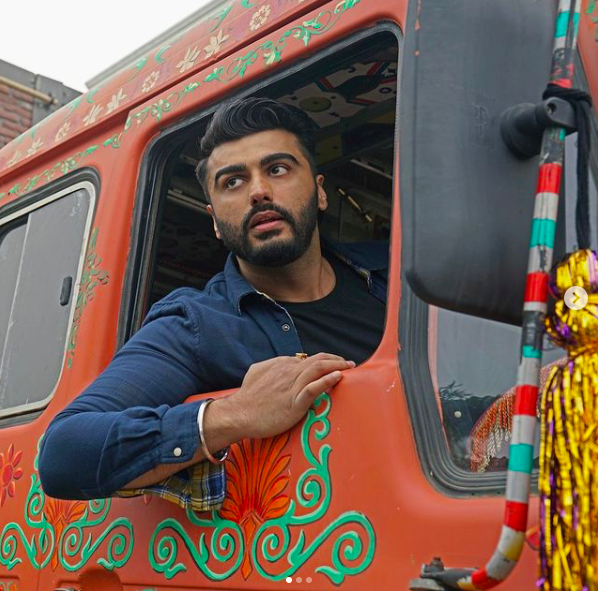 Kaashvie Nair’s family drama about a grandson who is willing to do anything for his grandmother. We also see our favourites Arjun Kapoor, Neena Gupta, and Rakul Preet Singh. The film is a cross-border love story for the masses. Aditi Rao Hydari and John Abraham will also play pivotal roles in the film.

This Tamil film is made up of not one but nine stories that will keep us on the edge of our seats. The cast consists of Revathy, Vijay Sethupathy, Parvathy Thiruvothu, Remya Nambeesan, Arvind Swamy, Siddarth, Prakashraj, Yogi Babu, Bobby Simha, Nedumudi Venu, Delhi Ganesh, and Kishore to name a few. 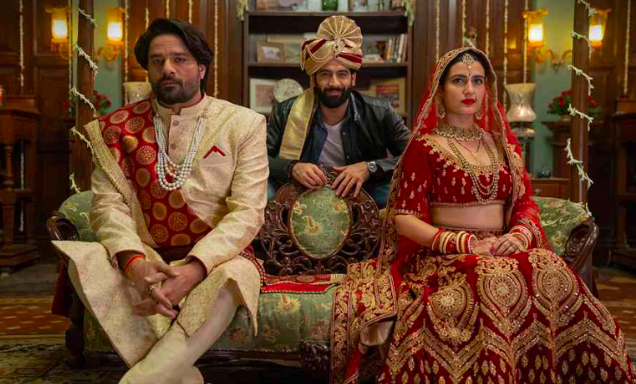 Bulbul has only one dream-she wants her groom Rishi Kumar to ride a horse in his baarat (wedding procession). Through the course of the film, chirpy, innocent Bulbul realizes that even the simplest of dreams are hard to come by but she is too adamant to let go of her dreams and fights for what she wants. 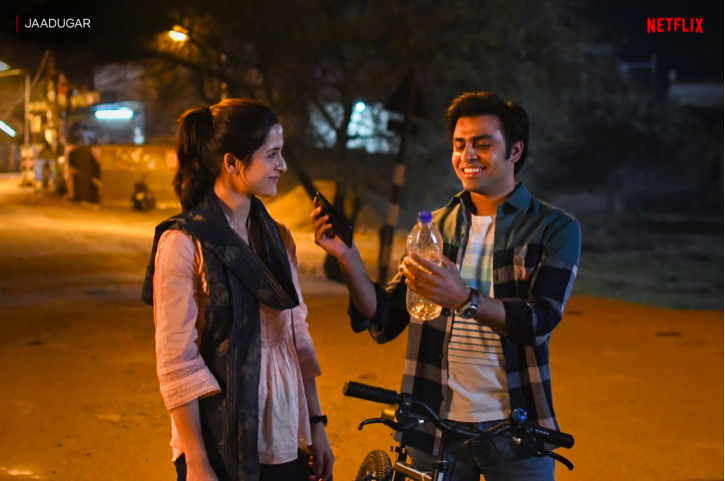 Starring Arushi Sharma and Jitendra Kumar, the film follows Magic Meenu, a small-time local magician in Neemuch, Madhya Pradesh who has to win a football tournament to marry the love of his life. But unfortunately, two things are against him: the girl doesn’t love him back and his team hasn’t won a match in ages. 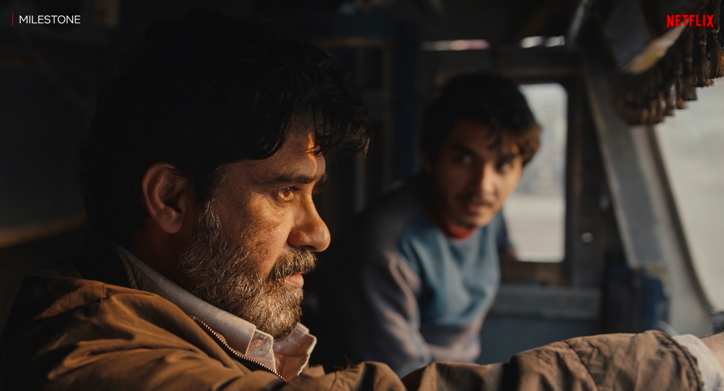 After premiering at last year’s Venice Film Festival, Ivan Ayr’s co-written film has received wonderful reviews abroad. The film follows a middle-aged truck driver who recently lost a loved one. Not only is he going through a personal crisis he is also at risk of losing his job to a much younger driver.

A film from the duo Abbas-Mustan, where the story follows five married friends who decided to buy a penthouse and live together. One morning a body of an unknown woman is found in the penthouse. Through the course of the film, you see friendships being tested and loyalties being questioned with a shocking reveal. The film stars Bobby Deol, Arjun Rampal, Sharman Joshi, Mouni Roy, Cyrus Broacha, Tisca Chopra, and Abrar Zahoor. 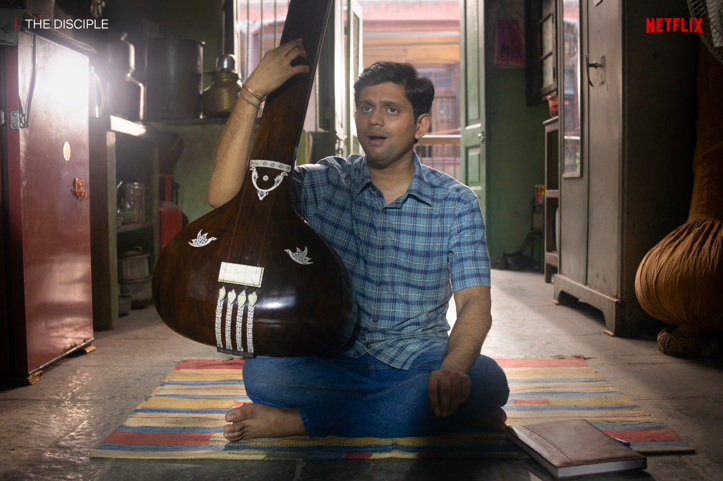 Although the film is coming soon on Netflix, it won the best screenplay at the 2020 Venice International Film Festival. The Marathi film revolves around a classical Indian vocalist who starts to wonder if it’s possible to actually achieve the excellence he’s striving for.

CHECK OUT: All you need to know about Bobby Deol & Prakash Jha’s new series Aashram on MX Player 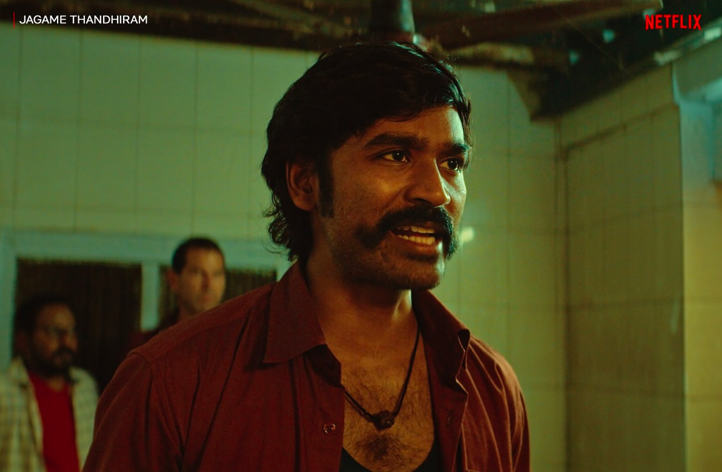 Expected to release soon on the OTT, this is a film about a nomadic gangster who has to choose between good and evil in a war for a place he truly calls home. The Tamil film also stars James Cosmo, Aishwarya Lekshmi, Kalaiyarasan, and Joju George. 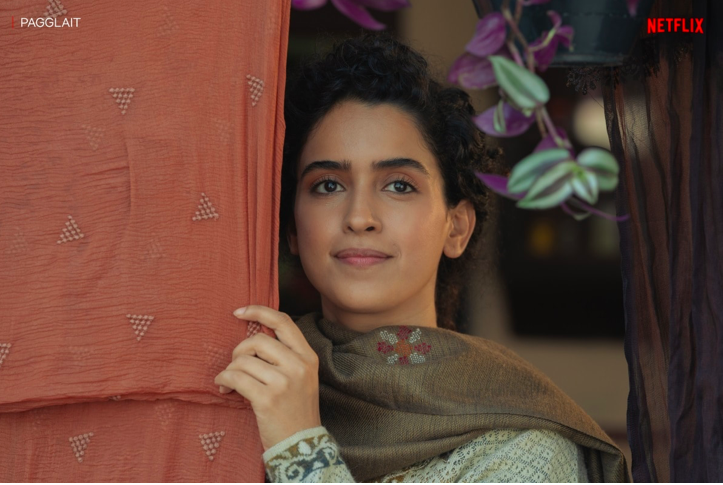 The story follows a recently widowed woman who mourns the death of her husband. She then finds herself on this wild journey of self-discovery with her crazy yet quirky family members. The film stars Sanya Malhotra Sayani Gupta, Shrutii Sharma, Ashutosh Rana, Raghubir Yadav, Sheeba Chaddha, Meghna Malik, and Rajesh Tailang. 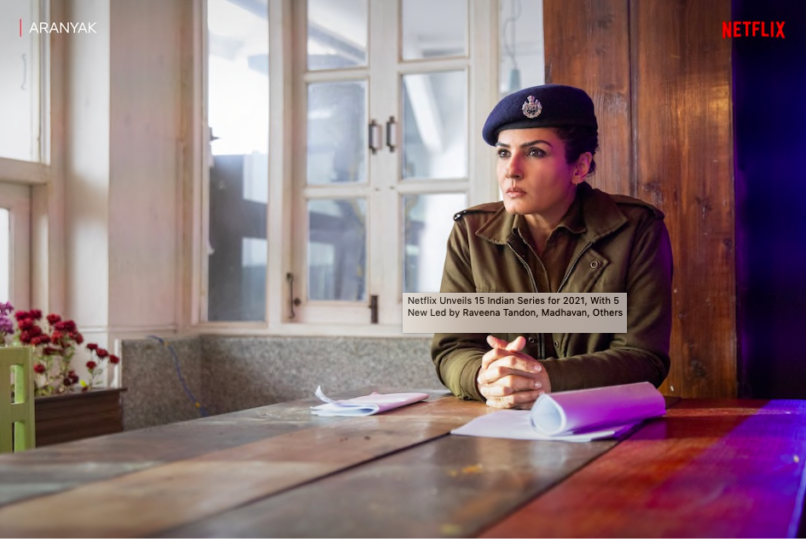 After a foreign teenager disappears in the Himalayan town a local cop Kasturi must join forces with her city-bred replacement Angas. They then dig up skeletons of the small that revive a forgotten myth of a bloodthirsty killing entity living in the forest. Starring Raveena Tandon, Parambrata Chatterjee, Ashutosh Rana, Zakir Hussain, and Megna Malik. 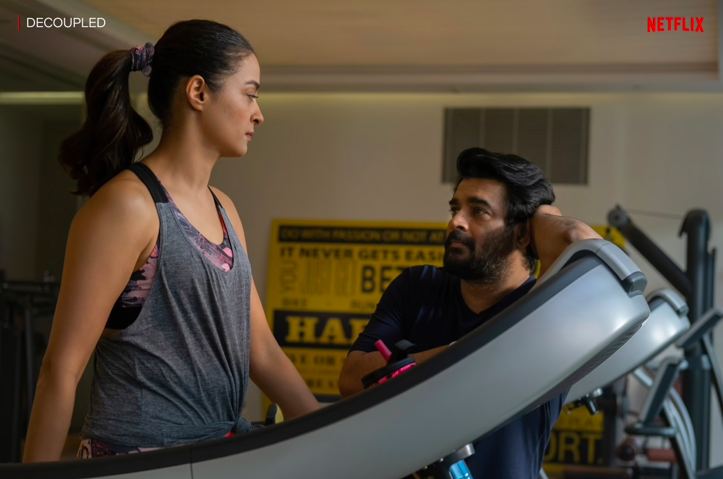 Arya Iyer a man who suffers from chromic objectivity who can see things in a situation that a regular individual is trained to ignore. This ability of his gets him in trouble wherever he goes and was the cause of his failed marriage. But he manages to persuade his estranged wife to lice with him in his home for the sake of his teenage daughter. Starring Surveen Chawala and R Madhavan. 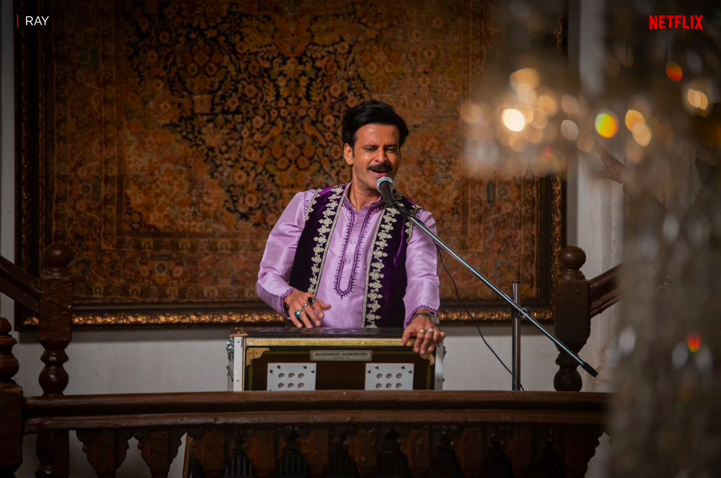 This is a twisted love story that has you rooting for the bad guys. You would normally hate a villain, but what if the villain had a daughter who was madly in love with you, and you love her back? Would you take no for an answer? In this series, a simple boy finds himself in love with the daughter of a villain. It is a dark comical desi thriller. With Shweta Tripathi and Tahir Raj Bhasin. 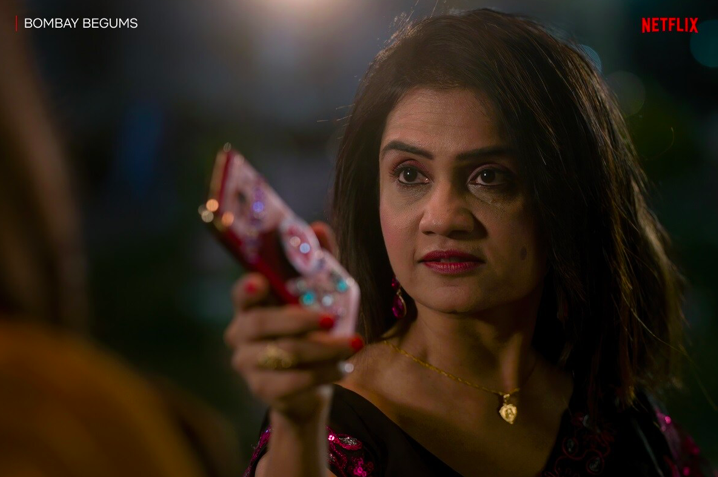 Releasing on March 8th, this women-centric cast follows the lives of five generations of different women struggling with desire, ethics, personal crises, and vulnerabilities to own their ambition in contemporary urban India. Through the series, glass ceilings are shattered along with hearts while making some difficult decisions. Each woman strives to hold her own and find her version of the truth. Shahana Goswami, Amruta Subhash, Plabita Borthakur, Aadhya Anand, Rahul Bose, Danish Husain, Vivek Gomber, and Imaad Shah. 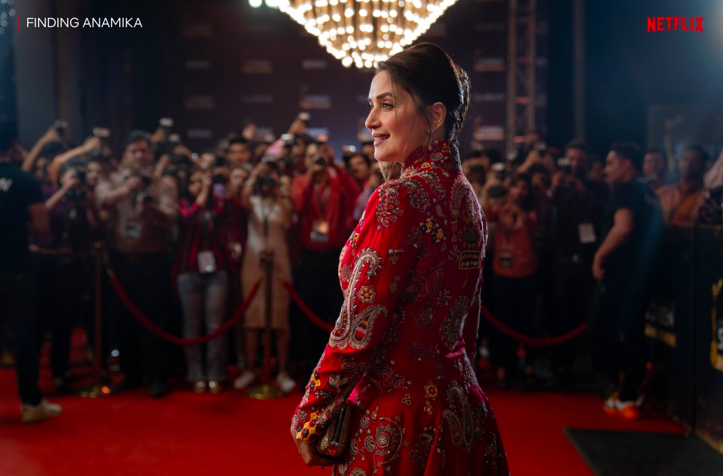 Starring Madhuri Dixit, a suspenseful family drama about the struggles of stardom. Dixit is seen struggling to balance being a superstar, wife, and mom who suddenly vanishes without a trace. As everyone is out looking for her, the lies, façade is stripped away revealing hidden truths and lies of an icon. Sanjay Kapoor, Manav Kaul, Lakshvir Saran, Suhasini Muley, and Muskkaan Jafari also star. 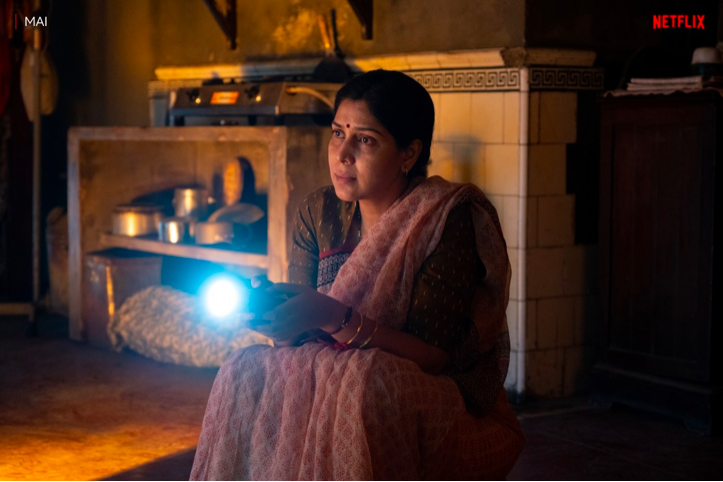 A docile 47-year-old housewife and mother find herself accidentally involved in white-collar crimes which change her and her life forever. Sakshi Tanwar plays the leading role along with Wamiqa Gabbi, Vivek Mushran, Prashant Narayanan, Raima Dev Varma, and Seema Pahwa.