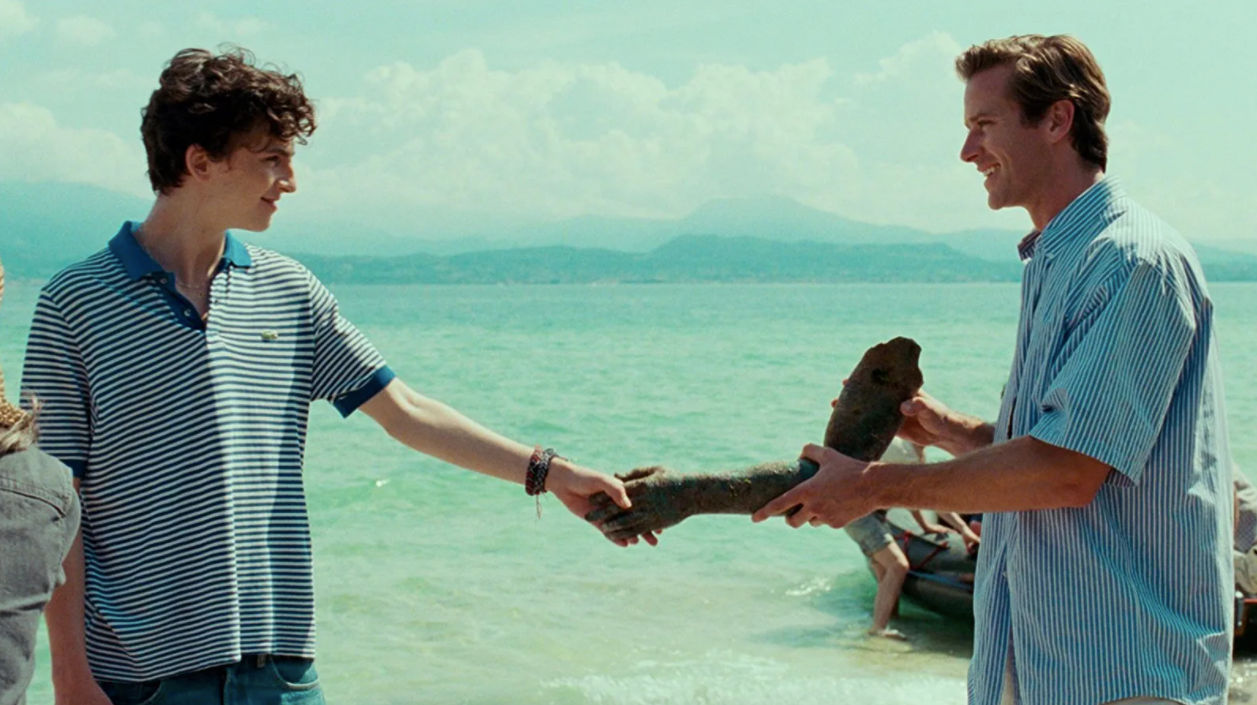 8 visually stunning and aesthetic movies to watch this weekend

In a way, every movie is a visual masterpiece of illusion. But these visually stunning movies have taken cinematography and special effects to another level to create the grandeur that only movies can.

The expression ‘style over substance’ might not always hold true when it comes to the visual media, but there are few movies where the hero is not the centrepiece but the art production and the set design team. They set the scene, build the sets, create the backdrop, and craft stunning universes that are small enough to fit on a 70 mm reel, paired with amazing cinematography. With beautiful shots, neat camera tricks and unorthodox ways of cinematography, these films are possibly a tour de force. Today, we are looking at some of these beautifully aesthetic and visually stunning films of all time.

Most visually stunning movies of all time

Call Me By Your Name

Luca Guadagnino’s film Call Me By Your Name is the most beautiful piece of naturalistic filmmaking in recent times. This film is the perfect combination of artistic craft and personal emotion, pathos and logos. But what makes this simple love story of two boys so visually appealing is that Guadagnino and cinematographer Sayombhu Mukdeeprom do not focus on just style. They create substance and add meaning to even the simplest of scenes. Even though the shots are lengthy, they are simple. You can see that in every camera and character movement, there are a lot of elements that subtly communicate information to the viewers or add more depth to the emotion already present on the screen. Simple elements like this made this film what it is. Of course, the beauty of north Itlay also adds to the entire charm.

As the first instalment of an iconic fantasy trilogy, this film had some high expectations to stand up to, even before it was released. And it did exactly that, not just in terms of success and box-office collections but also in terms of how magnificent it looked. Cinematographer Andrew Lesnie did a brilliant job in capturing the intimacy and grandeur of Middle Earth, which was the balancing act. From paying attention to individual moments in one frame to panning out to the big picture in the next, it was no easy task. But he did it with such panache and took us through personal heartbreaks and military upset with equal command. He also took us across the rugged hilltops, open plains, and lush forests of Middle Earth with a rich sense of belonging.

Bringing William Shakespeare’s work to life on screen is no easy feat, but that is filmmaker Vishal Bharadwaj’s playground. Set against the backdrop of the 1995 insurgency conflict in Kashmir, Haider is many things. But it is also a beautiful framing of tragedy as a cultural subset of madness. Cinematographer Pankaj Kumar’s lenses find some sort of iniquitous comfort in the details of a region that was in shambles, trying to seek an identity. The oedipal chemistry of a mother and son, the mirrors and snowy valleys of Kashmir, the Roohdars and the Ghazalas, the noises and the muted sounds- Haider’s Kashmir was portrayed to us through visuals and sounds. The beauty of the film lies in the underlying fear that’s a constant element throughout the film, making it one of the most visually stunning movies in Indian cinema.

In stark contrast to the world of Haider, Anurag Basu’s Barfi was all about a deaf and mute protagonist. Filled with a bright colour palette with hues of orange, yellow and blue, it was almost an attempt to divert from the plight of the specially-abled protagonists. And what a brilliant job it does at that. With colours, origamis, and Pritam Chakraborty’s music, Basu crafted a world for just Barfi and Jhilmil, where communication did not require words. We all became a part of that world through its long shots, beautiful locations and the old-world charm of Bengal.

Sometimes the saddest stories are told in the most visually appealing ways and that is what this film is about. Writer-director Trey Edward Shults tells the film in two separate stories, both bound by intriguing camera work, and natural lighting, against the backdrop of strikingly beautiful settings. As the movie draws inspiration from Shults’ real life and family, you can actually feel the camera capturing the best of reality and fictionalised improvisation. When you feel like the camera is gliding like a block of butter through the scenes, that is when you know you are witnessing a visually stunning movie.

Set in the era of decaying Zamindars in a post-British Raj India, Lootera brings Bengal of the 1950s Bengal alive. Shot across Kolkata and Purulia, the locations include the Jain temples of Deulghata and the Royal Palace of Khanyan or Itachuna Rajbari. The warm tones and sharp contours of the first half hint at a blossoming romance through stolen glances. In the second half, at the point of the heroine’s heartbreak, the scenes too take on a sombre hue. A tame, cool colour palette with softer lights portray a cold, soulless winter in a silent Dalhousie. The most charming thing about the film’s art direction is the perfect thread of the scene to sentiment and character, making this masterpiece such a visually stunning movie.

Mughals and opulence go hand-in-hand. That is what we had learned from our history books until Ashutosh Gowariker gave us Jodhaa Akbar. Filled with architectural gems and magnificent sets crafted by Nitin Desai, the entire Mughal era of royalty and valour had come to life in this film. With a massive seven-floor highrise for a set, and a 50 feet tall replica of the wall of the Agra Fort, containing the Amar Singh Darwaza, Diwan-i-Aam, Diwan-i-Khaas, and the residential palaces of Jodhaa and Akbar, this film was magnificence and pomp in the truest sense of the terms. With a unique blend of visual richness and authenticity, this movie was so much more than just the emperor’s love story.

Culture
11 of the most satisfying survival movies you must watch

This list wouldn’t be complete without this movie, right? The paradox about most space movies is that they are normally confined in claustrophobic interiors. But Interstellar broke that stereotype, and it was not an easy feat to pull off. To accurately capture the grandeur of the cosmos and make it look real is not easy. But director Christopher Nolan’s tribute to Stanley Kubrick, along with cinematographer Hoyte van Hoytema is out-of-the-world, no pun intended. Hoytema consulted with scientists to portray the most realistic image of space ever shown in a film. The result? Every visual of this movie is majestic.

Movies Hindi Movies Interstellar Ranbir Kapoor Shahid Kapoor Hollywood movies Haider
Sreetama Basu
A self-proclaimed plant mom, Sreetama finds joy wherever she sees greenery. The list of other things that bring her joy is pretty long, but writing about them is her way of celebrating them. In love with little, inconsequential things, like neatly tucked-in bedsheets and big, significant things, like whole cheesecakes. She dreams of being a baker and writing about food someday.
Food Dining Entertainment
Sign up for our newsletters to have the latest stories delivered straight to your inbox every week.