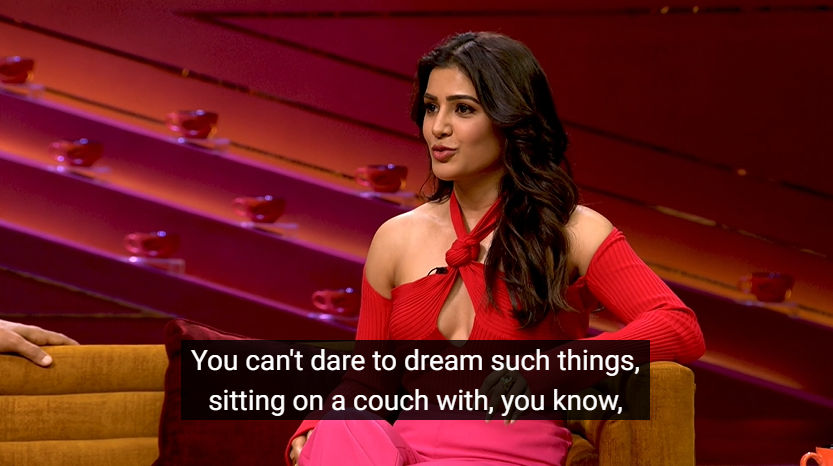 Making her Koffee debut, Samantha Ruth Prabhu on Koffee with Karan, along with Akshay Kumar, was a riot! And as the South superstar made her opinions known, viewers got to take a peek at her personality. All this, courtesy of the truth-serum-like Koffee couch. Here’s all about this new episode.

Reigning in the film industry down south, Samantha Prabhu became a household name after the chart-topping success of her song from Pushpa, Oo Antava. While her dance moves with Allu Arjun lit up the dance floor, her witty answers and usual glam self lit the Koffee couch. Alongside was Akshay Kumar, almost a KWK veteran, being his usual fun self. An engaging episode, viewers got an insight into the lives and innerworkings of the duo. In today’s round up, we’re listing out all that we’re taking away about Akshay Kumar and Samantha Ruth Prabhu as per Koffee with Karan.

Akshay Kumar is legit the strongest and fittest actor in Bollywood 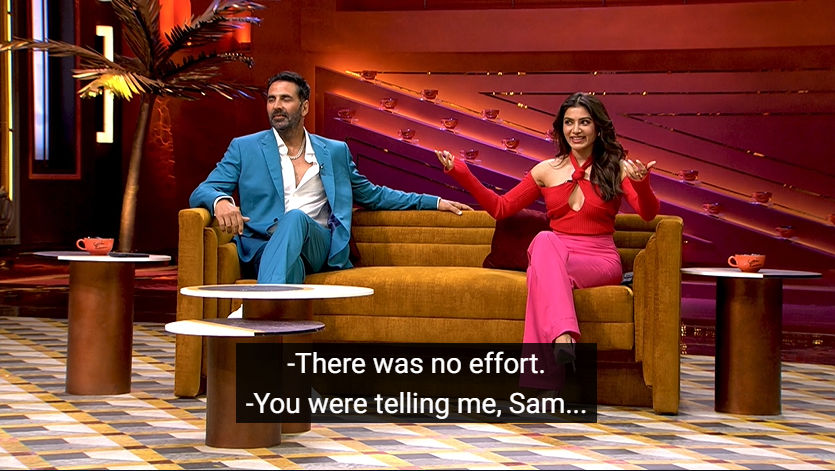 In Samantha’s own words, it seemed like there was no effort at all involved in carrying her while they were making their entry on the show.

Akshay Kumar, as per Samantha, is a ‘Bollywood royalty’ 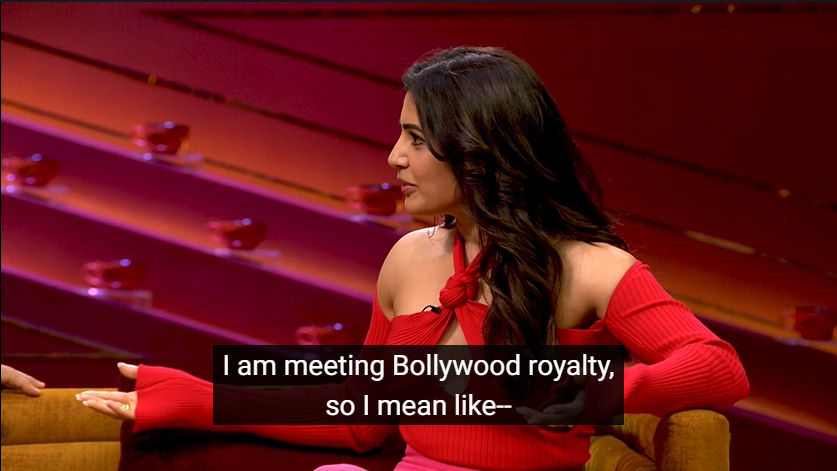 Well she isn’t wrong. Considering how hardworking and successful (read, hits upon hits) Akshay Kumar is, giving him this tag is completely justified. Even though AK shrugged off the title, we all second Samantha!

Samantha was in college when the show debuted 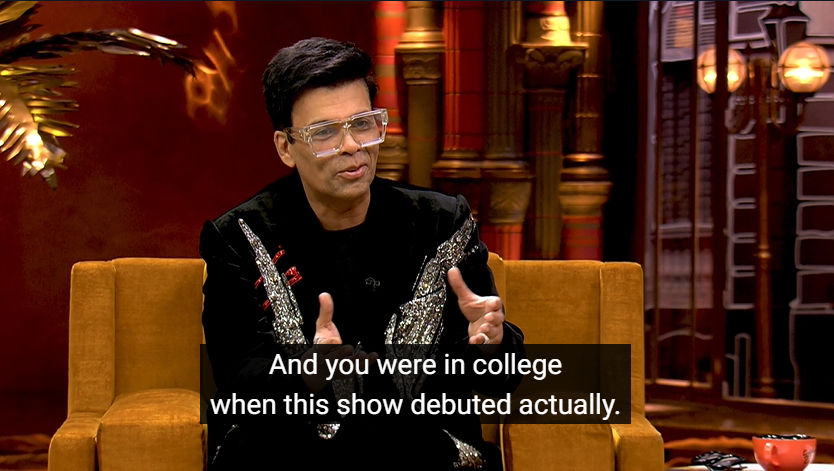 Koffee with Karan is a legend in its own right. Like most of us, Samantha was quite young when the show first began airing.

Samantha Prabhu on Koffee with Karan is basically all of us

We know how you feel. Being on this show and this couch with the OG host is indeed a dream come true.

Samantha Prabhu is not only the top female actor in Tollywood, but the entire nation 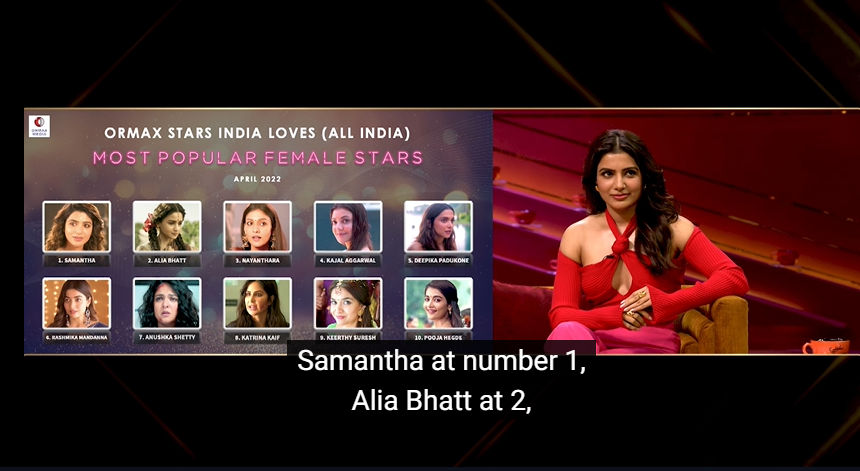 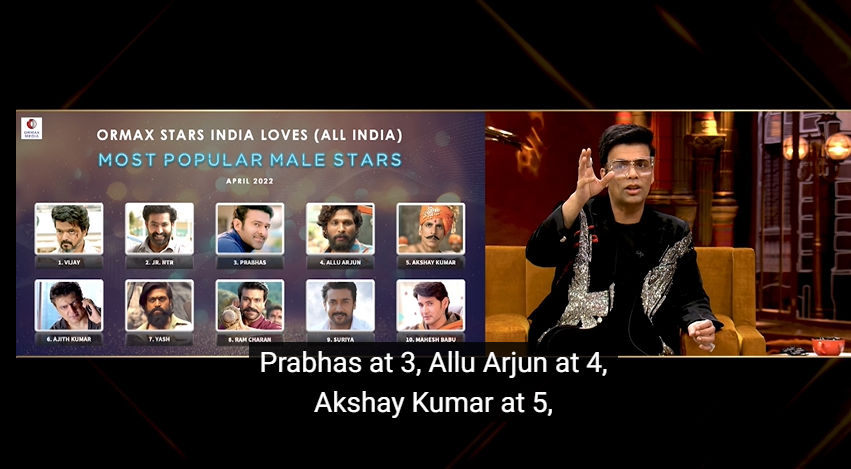 The list was dominated by South actors who have truly had a great couple of years in terms of box office numbers and rising popularity.

Culture
‘Koffee with Karan’ is back with season 7: Here’s everything you need to know 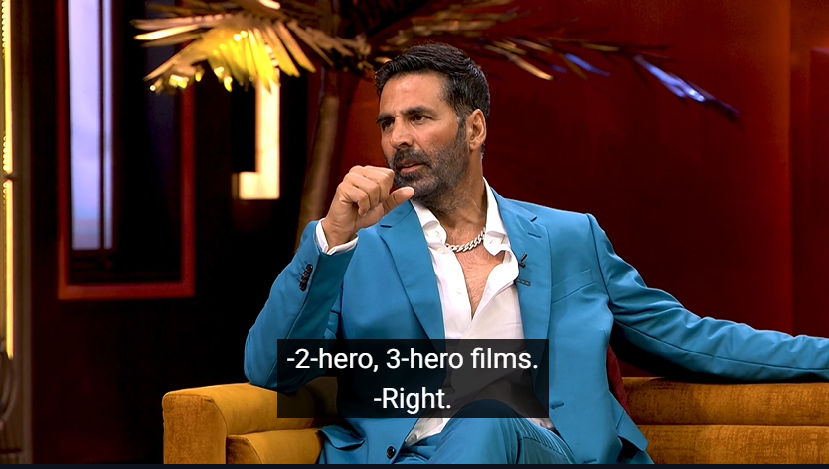 Akshay Kumar revealed that the reason why South actors are more popular than Bollywood actors is that they are not scared of doing two-hero or three-hero films. He then revealed how it’s the insecurity of male actors that did not let him cast another actor in his film that he is producing.

Culture
What is the real story behind ‘Indian Predator: the Butcher of Delhi’?

Samantha is not afraid to correct Karan Johar, even when it’s an honest mistake 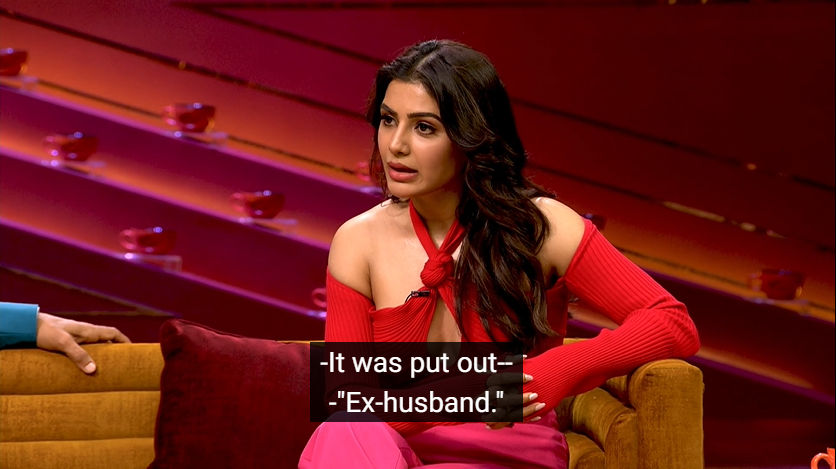 Well, that was awkward.

Samantha is straight-forward with her quips, especially on the Koffee couch 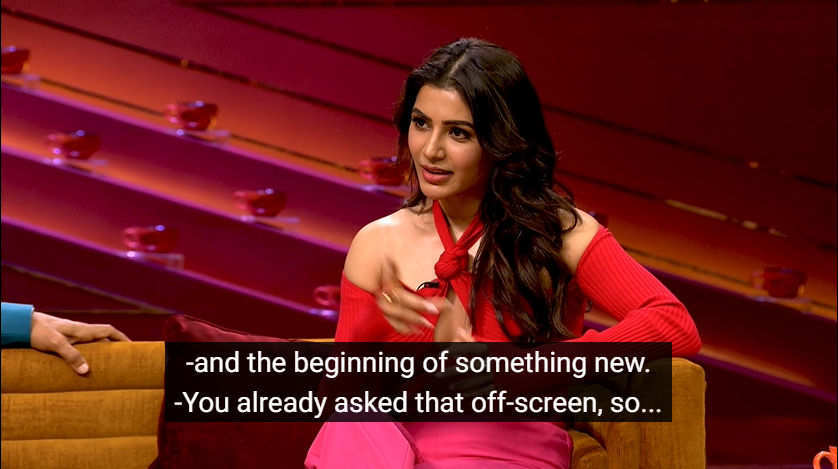 Well, Karan Johar, also famously known for his gossiping talent admitted how he wouldn’t want to encroach into Samantha’s personal life with regards to the split from her husband. To which, Samantha immediately had this response. It was instant, to-the-point and said in good humour.

Samantha is forthcoming about her relationship with ex husband 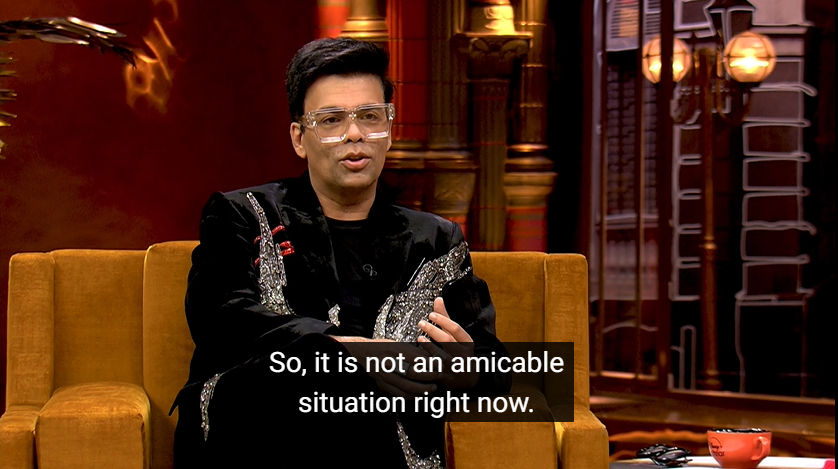 Samantha Prabhu on Koffee with Karan revealed how things are not in the best shape right now between her and her ex-husband. But she hopes things will change in the future. 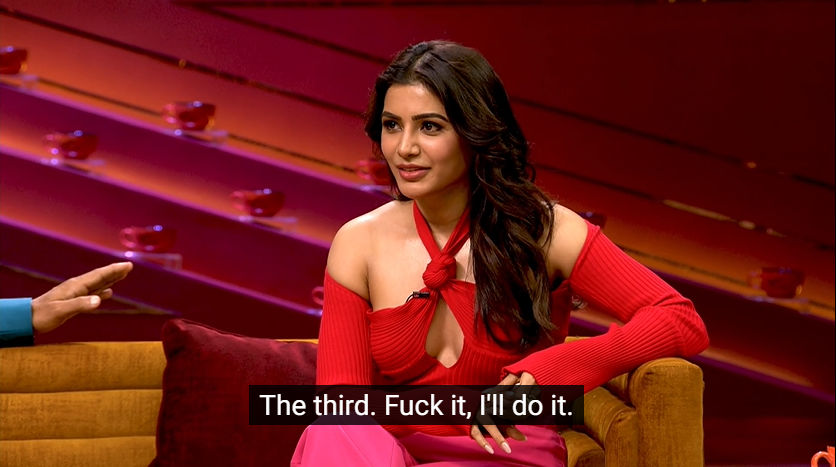 And TBH, we all really relate to this. Also, we’re all glad she chose to do this song.

Akshay Kumar has some sage advice for all the husbands out there! All Images: Courtesy screenshots from episode