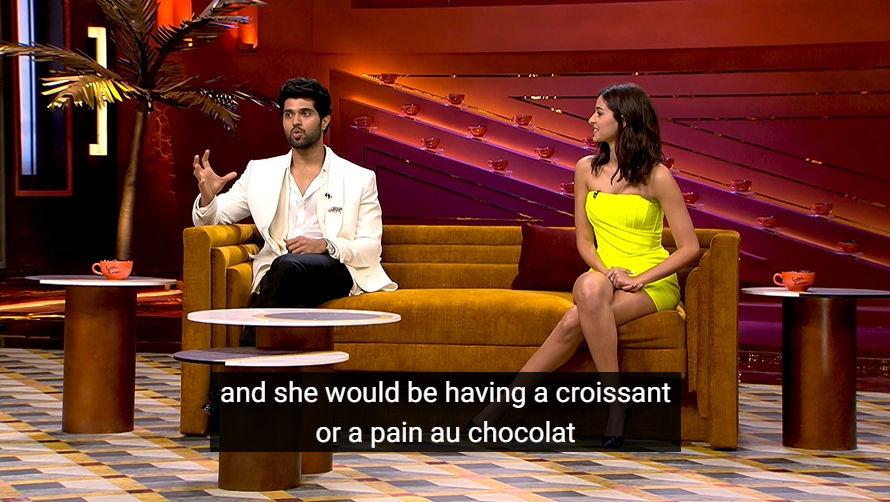 The duo appeared on the show to promote their upcoming film Liger. While it was Ananya Panday’s second time on the show, Vijay Devarakonda made his debut on Koffee with Karan. It was all things fun and spice, just as you would expect it to be. Meanwhile, we found out quite a few things about the Liger actors.

Ananya Panday has tried to hit on Vijay Devarakonda many times 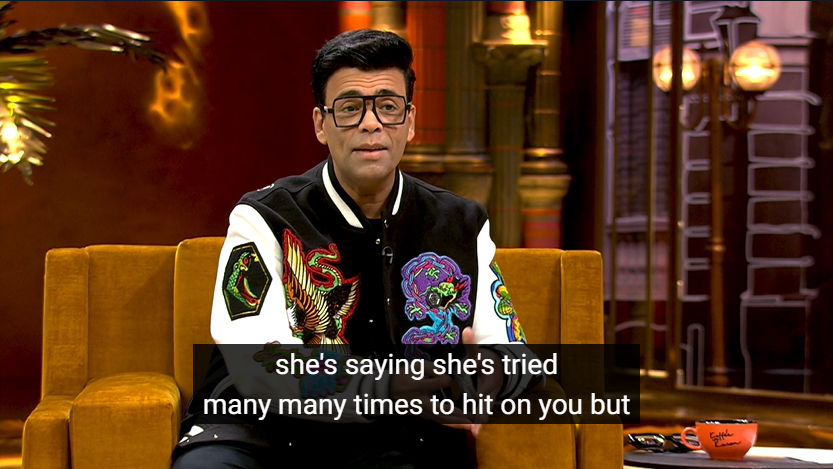 Karan Johar being Karan Johar, he started off the show by addressing the elephant in the room. Ananya Panday admitted to having hit on him as well. Well, who wouldn’t? 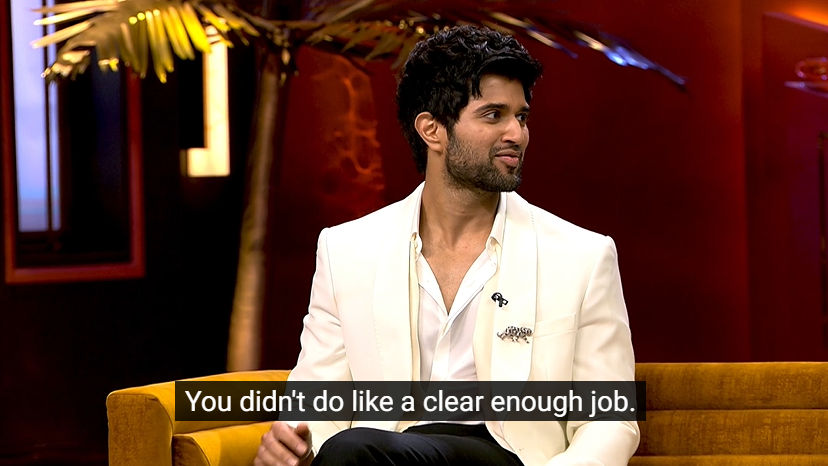 After Panday said that there are so many people hitting on him all the time that she gets lost in the crowd sometimes.

And then he was being his usual shy self 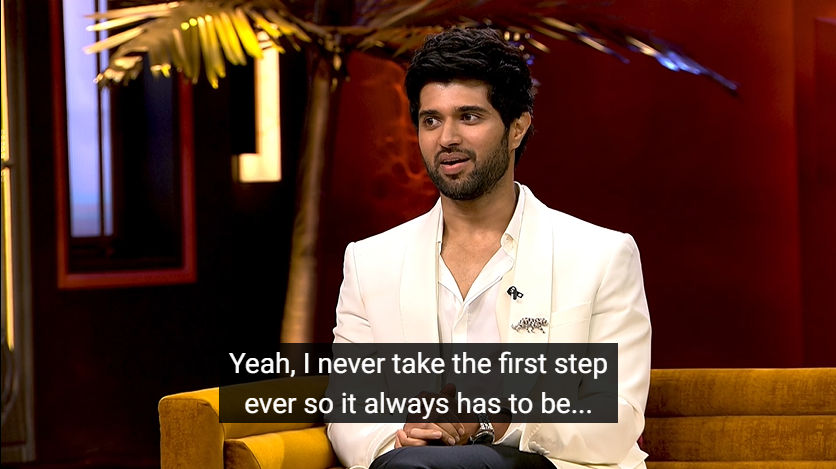 A day in the life of all shy people, to be honest. 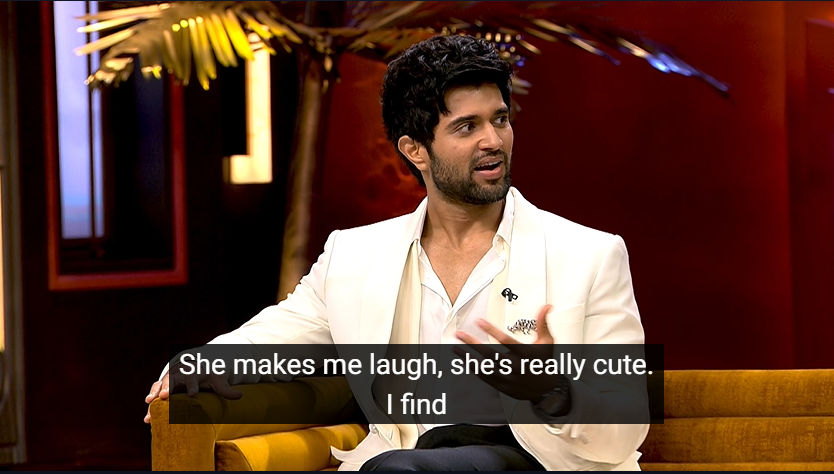 We would say that’s quite a clear enough job on Ananya’s part.

This was Vijay Devarakonda’s breakfast on the sets of Liger 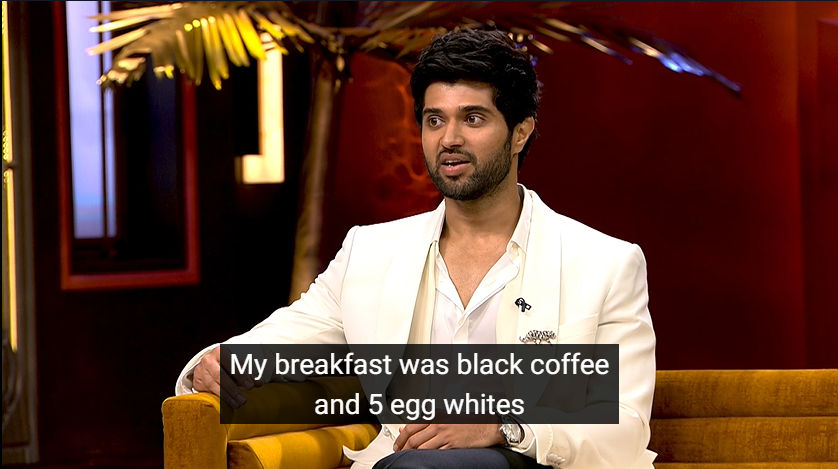 Vijay Devarakonda on Koffee with Karan admitted that this was his breakfast while on the shooting schedule. For an action movie like this one, no wonder he had to go through a strict diet to stay in shape.

While this is what Ananya Panday kept having

We all have that friend when we’re on a diet, don’t we?

Keeping the rumour mills buzzing, the two actors went on a date 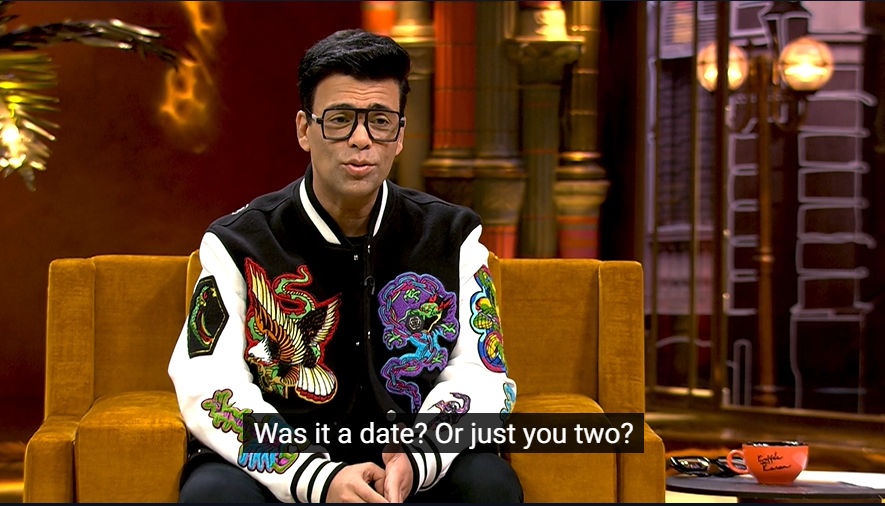 And who better than Karan Johar to bring out this information?

And Devarakonda just confimred that it was 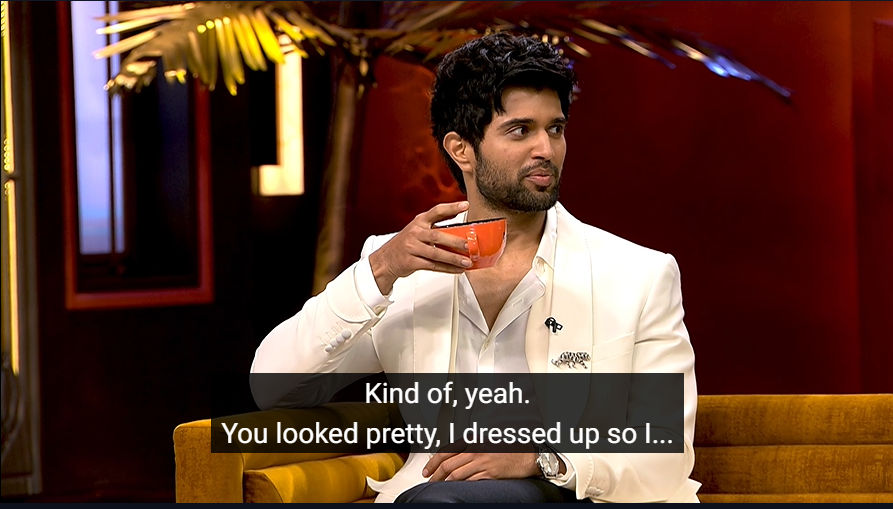 Vijay Devarakonda on Koffee with Karan just confirmed that Ananya Panday and he went on a date. We wonder how Sara Ali Khan feels about this! 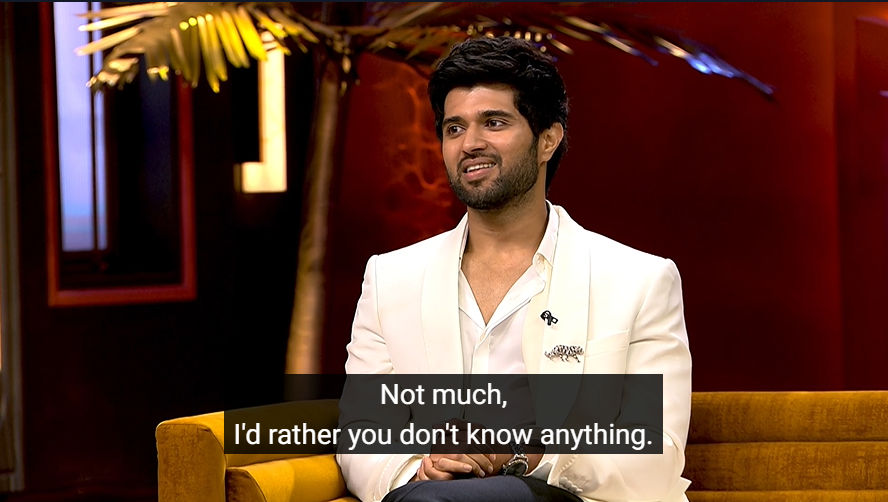 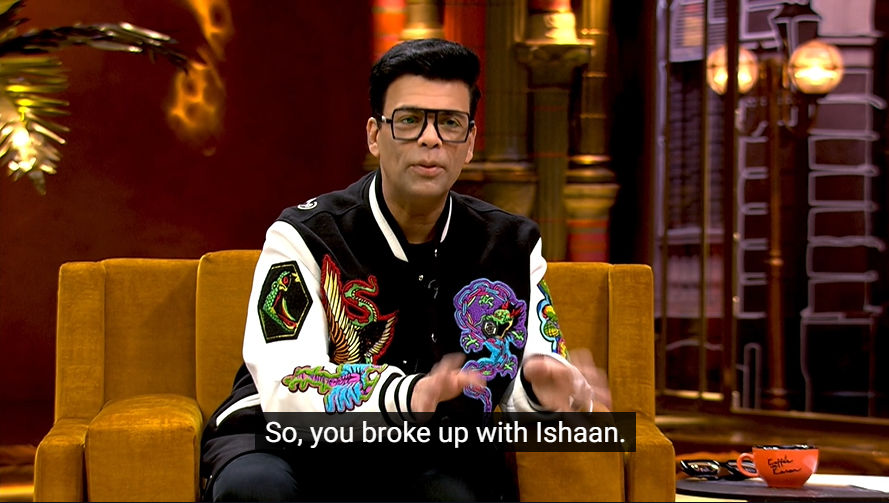 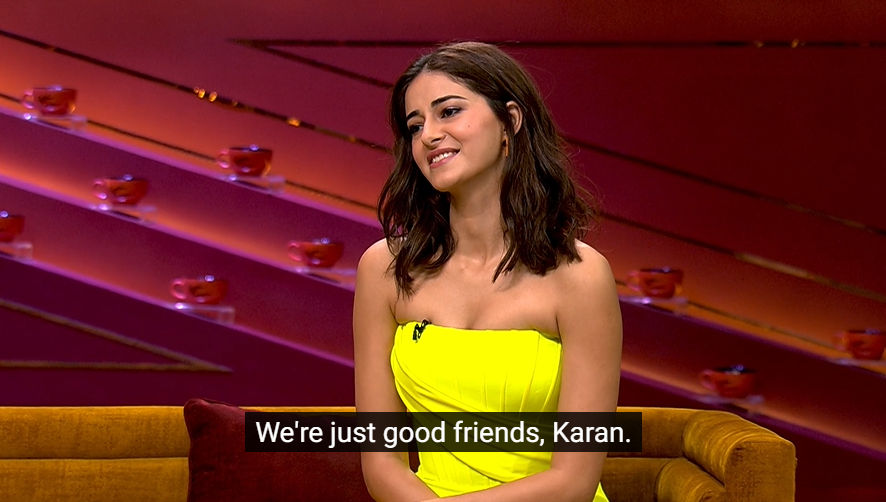 When KJo asked her about if she was dating Kartik Aaryan before Ishaan Khatter, Ananya dissed the rumours saying that they have always been friends.

But immediately after that, KJo ‘brewed’ new rumours 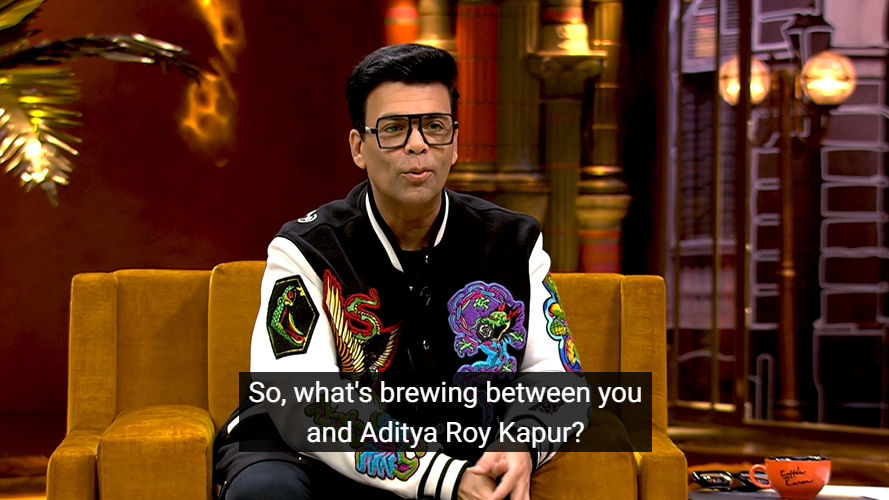 Are they true? We shall find out.

Immediately after, he said this 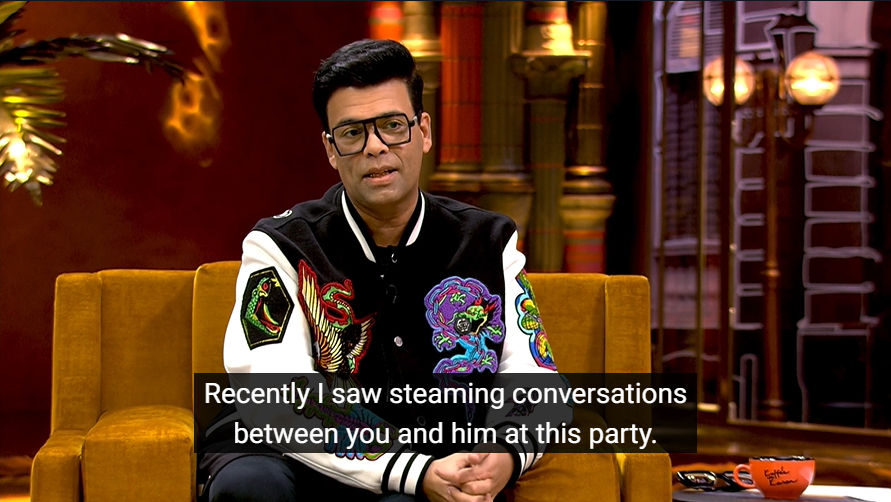 So KJo just confirmed a rumour he started. No wonder why we love this show so much!

Ananya Panday confirmed having a crush on Aryan Khan growing up 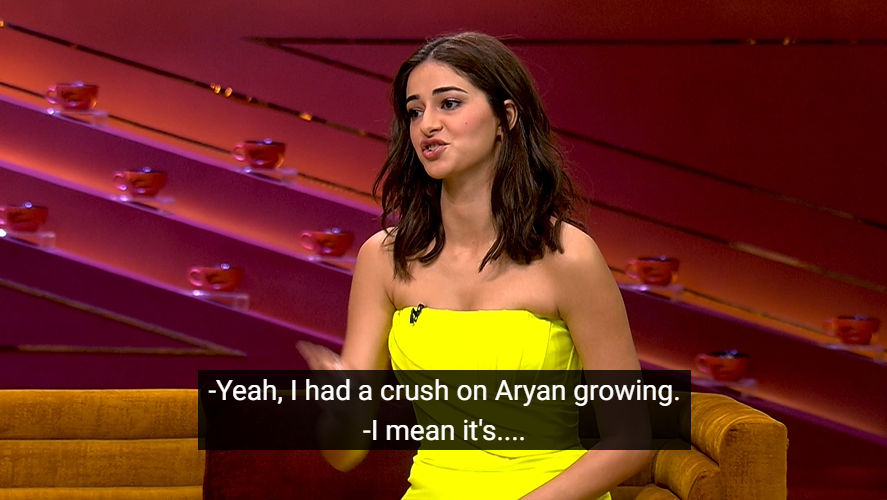 She even admitted he is cute. 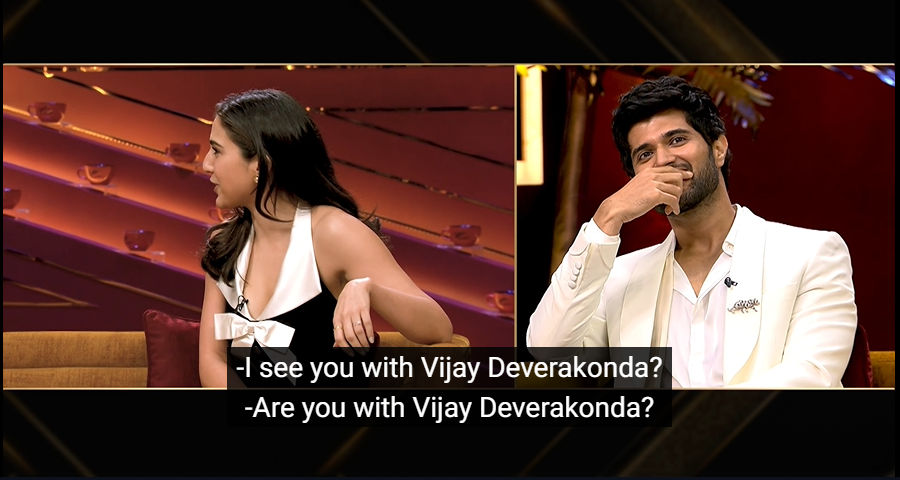 And he kept smiling and blushing throughout.