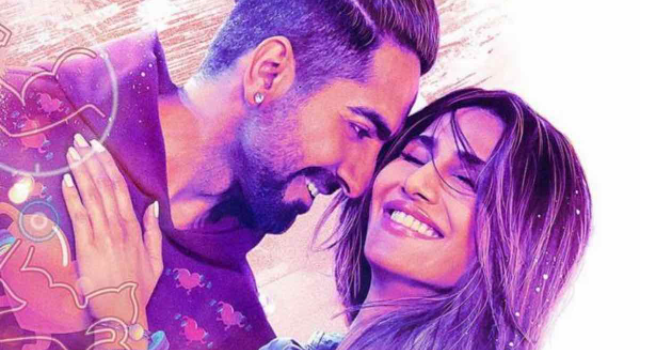 Will Ayushmann starrer ‘Chandigarh Kare Aashiqui’ do justice to the LQBTQI+ community?

Culture
Will Ayushmann starrer ‘Chandigarh Kare Aashiqui’ do justice to the LQBTQI+ community?
Share this article
Next article

Ayushmann Khurrana, the poster boy of social comedies, is back with yet another unconventional film in his repertoire of ‘socially responsible’ films, Chandigarh Kare Aashiqui. The film is all set to release on December 10. Directed by Abhishek Kapoor, the trailer for the film was launched recently. From what we can see, it is yet another “different” love story that says “love sees no gender”. Riding high on the unbreakable formula of success, this is yet another Ayushmann film that battles social norms and emerges victorious in the end.

What to expect from Chandigarh Kare Aashiqui?

The trailer opens with a beefed-up Ayushmann working out in a gym, who is a certified fitness provider and aspires to win a weightlifting competition before his family forcefully leads him to get hitched.

Enter the new Zumba instructor Vaani Kapoor, and begins the most Bollywood-style romance that Bollywood has seen over the years. Of course, there’s a twist in the tale, because Vaani Kapoor is not a “regular” woman.

After some steamy moments together, Ayushmann discovers that she’s a transgendered person and loses his sanity, and even asks her to get out! The story then spirals into a mess that all love stories have to go into, only to come out stronger and make the relationship work.

For years, the LGBTQ community has been represented in Bollywood as a comic angle, to make inappropriate and insensitive jokes about or has been outright shamed. Of course, that’s changing and even the most commercial Bollywood films need to give it a spin – by pulling in cisgender and heterosexual people to play queer characters.

Be it Kantaben’s homophobia in Kal Ho Naa Ho or the over-dramatisation of the gay protagonists in Shubh Mangal Zyada Saavdhan, these films with a lot of potential always end up getting Bollywoodized and never get the formula right to properly represent the LGBTQ community or give them a voice.

Will Chandigarh Kare Aashiqui break the wheel or will it just be another addition to Ayushmann Khurrana’s repository of socially aware films?

Ayushmann plays the role of a Chandigarh lad Manvinder Munjal, a fitness freak and a typical Punjab da puttar. His goal is to win the weightlifting competition and earn a name for himself. That is until he falls in love and everything changes.

Vanni plays a fit Zumba instructor, Maanvi Brar, who comes to Manvinder’s gym to start her Zumba classes. She is fit, headstrong and soon develops a liking for Manvinder as well.

It would be interesting to see the chemistry between Ayushmann Khurrana and Vaani Kapoor, paired together for the first time.