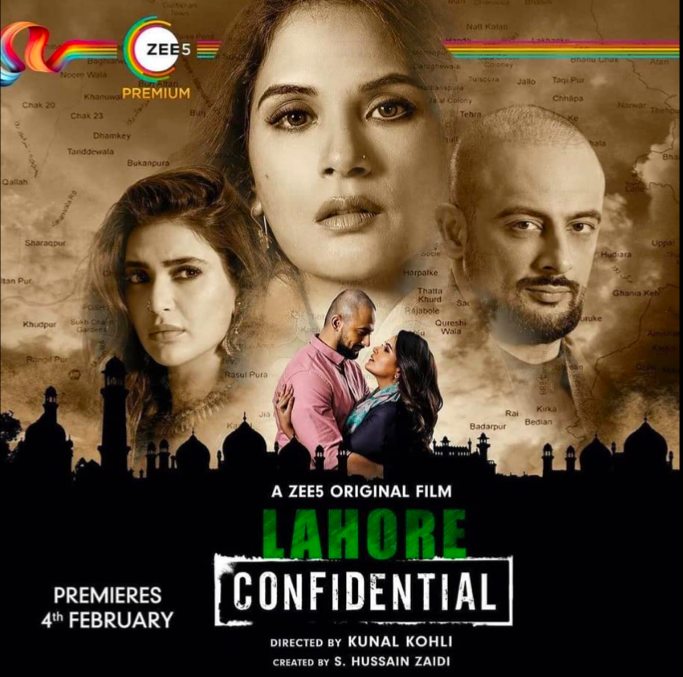 It’s a contemporary love story that has you on at the edge of your seat making you wonder if you should root for the couple or the country. The film touches upon the topic of the battle fought between duty and personal relations. We’ve all experienced times where work has caused us to sacrifice and tested our relationships. The film has a strong sense of patriotism and excitement coupled with old school romance. It will have you asking, will Ananya do whatever it takes for the love of her country?

Richa plays a RAW agent named Ananya, who then falls in love with an ISI agent played by Arunoday Singh. Ananya was a mundane, divorced Indian woman who finds herself on this dangerous, yet thrilling secret intelligence mission that sends her to Pakistan to bust a terror. There she rediscovers her love for the Urdu language and finds new sides to herself. Unfortunately, she also finds herself in love with the enemy.

Kunal Kohli says, “In an OTT space, we hardly see spy thrillers with a romantic backdrop, hence Lahore Confidential will definitely be a refreshing watch for the viewers and I hope the element of classic romance will sweep everyone off their feet. We have shot the film during the lockdown and it’s exciting to have the trailer dropped too. The trailer introduces the audience to the characters and sets forth its dramatic premise. The film builds intrigue throughout its narrative and the background score establishes the spy-thriller tonality (you will see this in the trailer too).”

Watch the trailer of Lahore Confidential —

All images via IMDB