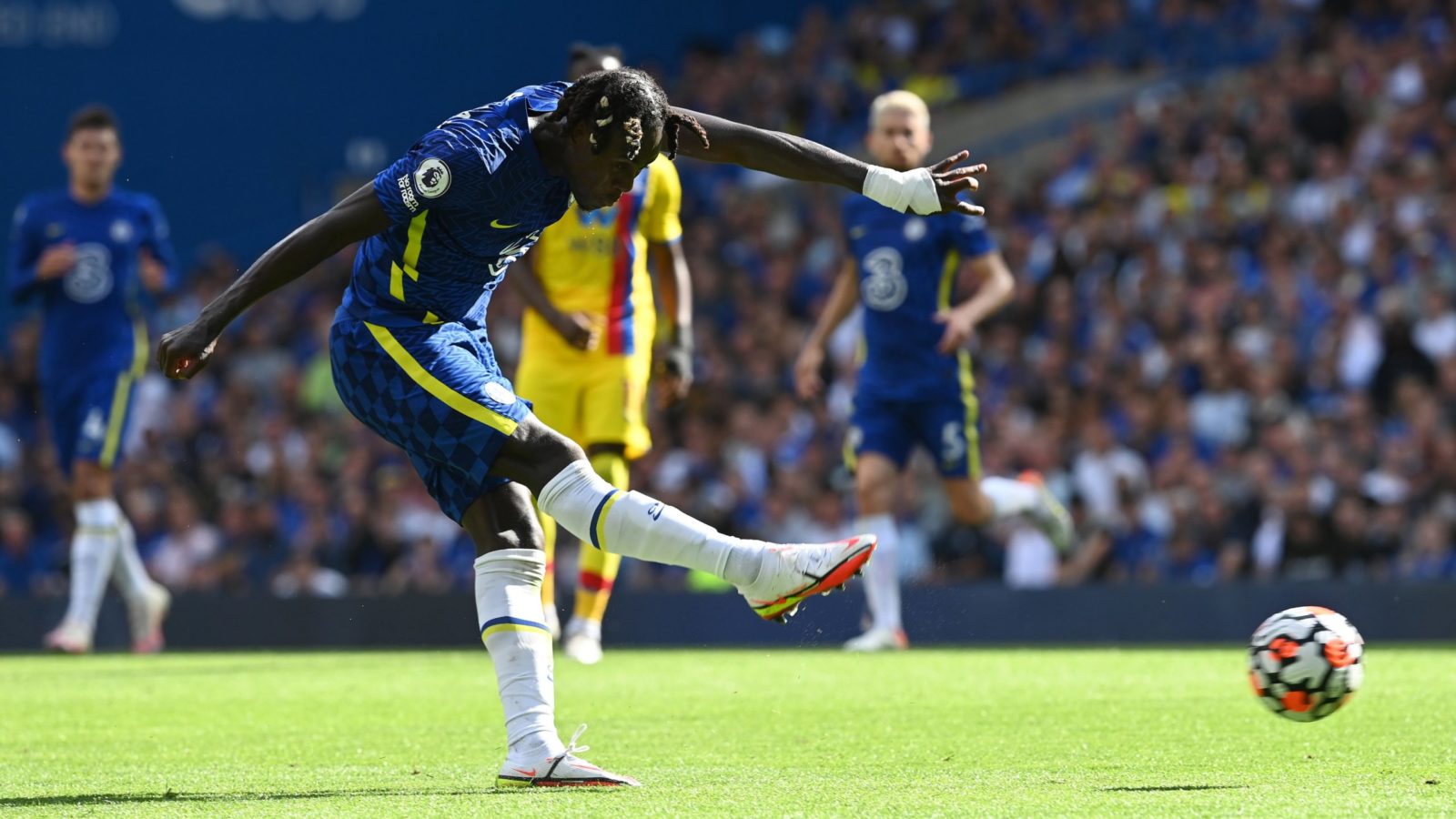 With top teams like Manchester City, Manchester United, Liverpool and Chelsea, all gunning for glory — here are the English Premier League 2021-22 matches we’re looking forward to.

The English Premier League 2021-22 is on, and top teams like Manchester City, Manchester United, Liverpool, Chelsea and Leicester City are gunning for glory. While August, so far, has been fantastic for some teams, there have been upsets as well. An early insight into the potential of the recruits of the top spending Premier League teams has already been undertaken.

We know that Manchester City has Jack Grealish and Chelsea has Romelu Lukaku. Players such as Raphaël Varane, Ibrahima Konaté, Cristian Romero are strengthening the defence of Manchester United, Liverpool and Tottenham Hotspur, respectively. We will discover more about their performance as the season progresses.

We will also get to see the performance of coaches. City’s Pep Guardiola and Chelsea’s Thomas Tuchel are two of the world’s best. An encounter between their teams will not just be restricted to top players alone. There will be extensive critical analyses on which of the two has the most strategic depth. Or, there could be Ole Gunnar Solskjær of Manchester United who might outsmart both Guardiola and Tuchel. As the Premier League enters the second month of its calendar, quite a few exciting games are on the cards, which will determine the trajectory of the participating teams in the coming months.

Have a look at five of the most anticipated games of the ongoing English Premier League 2021-22 season in September.

All match dates as per UK time. 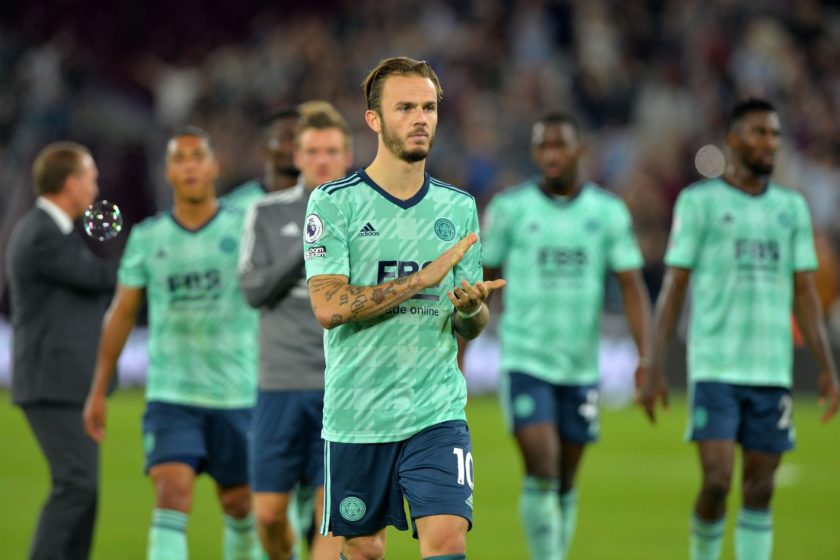 Manchester City — the champions of Premier League 2020-21 — lost their opening match of this season’s Premier League to Tottenham Hotspur 1-0. Meanwhile, Leicester City beat the Wolves 1-0 in their first game this EPL. In the previous season, Manchester City and Leicester City recorded one win each against the other. However, on 8 August, the latter gained the upper hand in their Community Shield encounter. Thanks to Kelechi Iheanacho’s penalty, Leicester City defeated Man City 1-0 to lift the trophy a second time in the club’s history.

Having said that, Man City manager Pep Guardiola has one of the most powerful line-ups in the Premier League with the likes of Jack Grealish, Raheem Sterling, Gabriel Jesus, Rodri, Kevin De Bruyne and Benjamin Mendy, among others. Though too early in the season, the star-studded team didn’t perform as expected in their match against the Spurs that played without their icon Harry Kane. On the other hand, Leicester City, aka the Foxes, has Jamie Vardy, Patson Daka, Marc Albrighton and Youri Tielemans under the managership of Brendan Rodgers. Leicester City finished fifth last season.

Besides the encouragement from its recent win over Man City, the Foxes also have the advantage of its home ground at the King Power Stadium in the upcoming encounter. 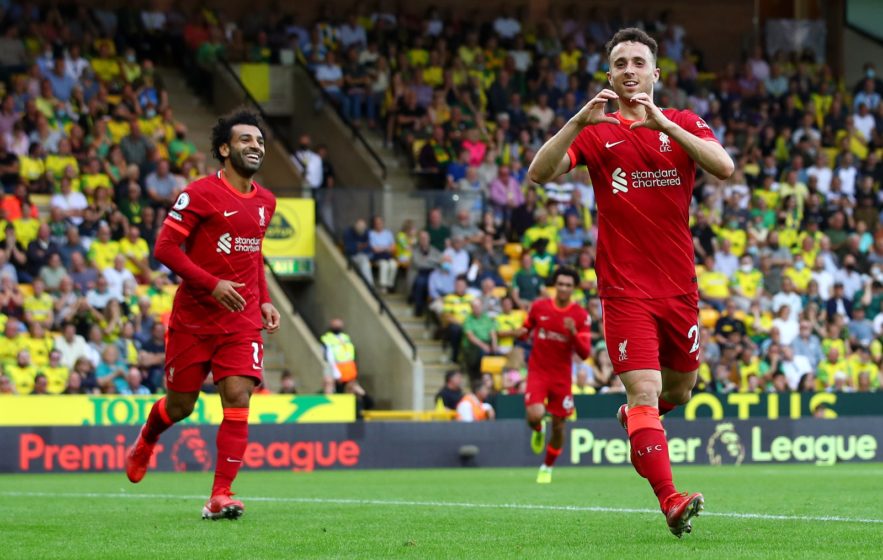 Leeds United has had a bad start to the season. It received a 5-1 drubbing by Manchester United that led to a string of new records for the Red Devils and its players. Managed by Marcelo Bielsa, Leeds was placed ninth in the Premier League 2020-21. In fact, last season was the first time in 16 years that Leeds was playing in the top flight of English club football. Thus, the team’s hopes are high this season.

Bielsa and his boys will now have to regroup to strengthen their defence, as Man United has exposed its gaping holes. Contending against one of the strongest teams in the Premier League, Leed will face Liverpool. The Reds have had phenomenal success in club football owing to their charismatic manager Jürgen Klopp. Known for its formidable attacking prowess and balance in the midfield, it finished third last year.

In its opening match of the current season, Liverpool defeated Norwich City 3-0. Egyptian great Mohamed Salah was the star of the match as he scored one goal and assisted the other two. Of the two matches it played against Leeds in the last season, Liverpool won one and drew the other. However, Leeds put up a good fight in the game they lost against the Reds, with three goals against the latter’s four.

Leeds will be looking forward to capitalising on the home advantage in the upcoming match as it will be played at Elland Roads. 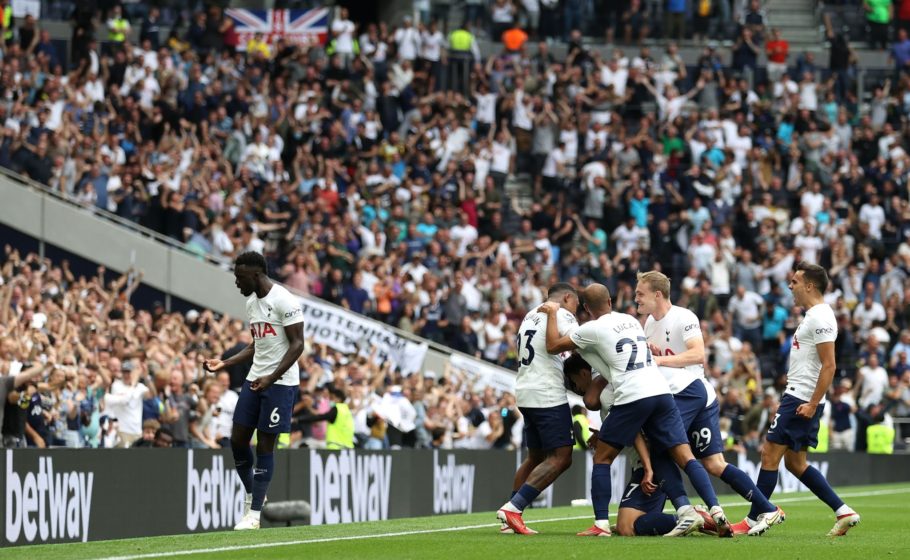 When Tottenham took to the field in its first match of the ongoing Premier League season, not everyone was expecting the team to win for mainly two reasons. First, the Spurs were up against defending champions Manchester City. Second, they were playing without their star forward — Harry Kane.

However, the Spurs defeated Man City 1-0 in a thrilling game, captivating the fans at London’s Tottenham Hotspur Stadium. With the win, the team’s manager, Nuno Espírito Santo, sent out a clear signal that he wanted English football fans to see Tottenham Hotspur as a bona fide title contender with or without Kane.

Chelsea, on the other hand, had an easy opening game. It expectedly defeated Crystal Palace 3-0, with one of the goals coming from Trevoh Chalobah who made his Premier League debut with the match. The team ranked fourth in Premier League 2020-21, and under head coach Thomas Tuchel, it is firing on all cylinders in every game it plays. Winners of the 2021-22 UEFA Champions League, the Blues also won the UEFA Super Cup on 11 August by defeating Spain’s Villarreal 6-5 on penalties. In fact, Chelsea is among the favourites to win the Premier League title this year.

Its powerful line-up includes Jorginho, Thiago Silva, N’Golo Kanté and Belgian striker Romelu Lukaku. One of the most anticipated matches, Tottenham vs Chelsea will be played at the former’s home ground. The Spurs, however, could not win a single game against Chelsea in the last seven times they have met since 8 January 2019. 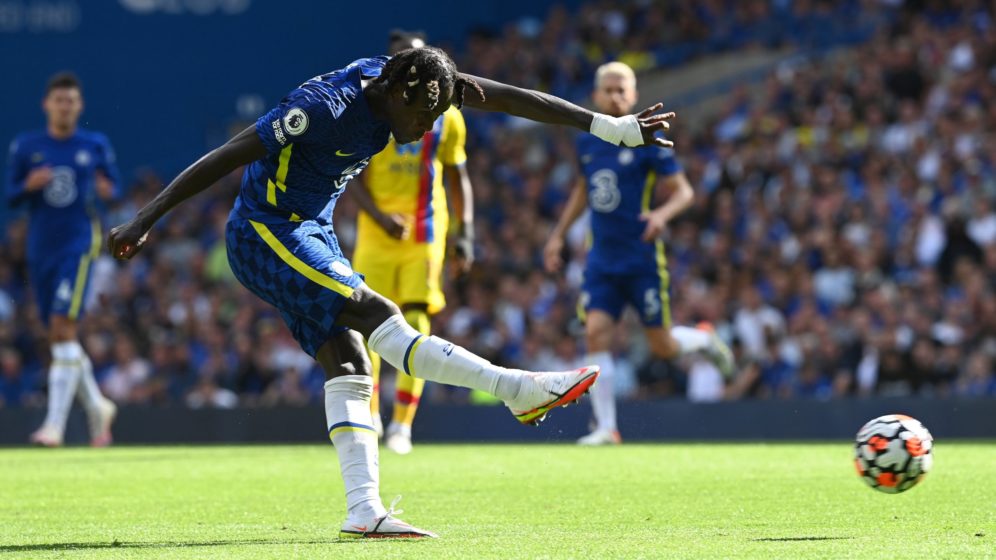 Chelsea defeated Manchester City to lift the Champions League 2020-21. Thus, the latter has lost three of their last four games against Chelsea. It remains to be seen how the upcoming match turns out to be, since it will be played at Stamford Bridge to The Blue’s advantage.

What makes this match more interesting is that both managers, Tuchel and Guardiola, have been nominated for this year’s UEFA Men’s Coach of the Year Award; the third nominee being Italy’s national team coach, Roberto Mancini. However, regardless of whether Tuchel or Guardiola win the award, they are counted among the world’s best football managers. Tuchel will give his all to win this match and gain a strategic advantage in the Premier League standings. Meanwhile, Guardiola will have to prove that Manchester City can top the tables with consecutive wins.

By the time they meet, both Chelsea and Man City would have played five games each, but Chelsea would arrive in this game after its encounter with Arsenal, Liverpool and Tottenham Hotspur — three of the biggest Premier League teams. Its performance against the three will have an impact on its players and their techniques. Man City lost its first game and will now play against Arsenal, Norwich, Leicester City and Southampton. But owing to its expertise, Man City may easily defeat Norwich and Southampton.

On the other hand, it will have to learn from its mistakes in the game against the Spurs to be able to defeat Arsenal and Leicester City. The game will be played at the magnificent Emirates Stadium — the home ground of Arsenal  — but the Gunners haven’t had a good start to this season with its defeat to Brentford 2-0.

However, four of Arsenal’s players — Alexandre Lacazette, Pierre-Emerick Aubameyang, Willian and Alex Runarsson — had tested positive for coronavirus. The absence of key players prompted Arsenal manager Mikel Arteta to say that he was “surprised” that the game hadn’t been postponed by Premier League authorities. Adding to the team’s woes, some of its other star players like Gabriel, Thomas Partey and Eddie Nketiah could not play either due to injuries. Among those who made it to the field, including the team’s latest acquisition — defender Ben White — failed to prevent Arsenal’s collapse.

Interestingly, this season marks Brentford’s return to the Premier League after 74 years. Before it meets the Spurs, Arsenal will be facing Chelsea, Manchester City, Norwich and Burnley. Clearly, beating Chelsea and Man City is an uphill task for Arsenal. Of its two matches against Tottenham Hotspur in the last season of the Premier League, the Gunners had recorded one win and one loss.

The seemingly strong Spurs, who have beaten Man City, have a good chance against Chelsea. In between, it will be playing the Wolves, Watford and Crystal Palace, none of who seem to be a tough contender to Tottenham.

Liverpool manchester united Content Hub Chelsea Manchester City English Premier League 2021-22
Manas Sen Gupta
Manas enjoys reading detective fiction and writing about anything that interests him. When not doing either of the two, he checks Instagram for the latest posts by travellers. Winter is his favourite season and he can happily eat a bowl of noodles any time of the day.
Travel Culture Entertainment Food