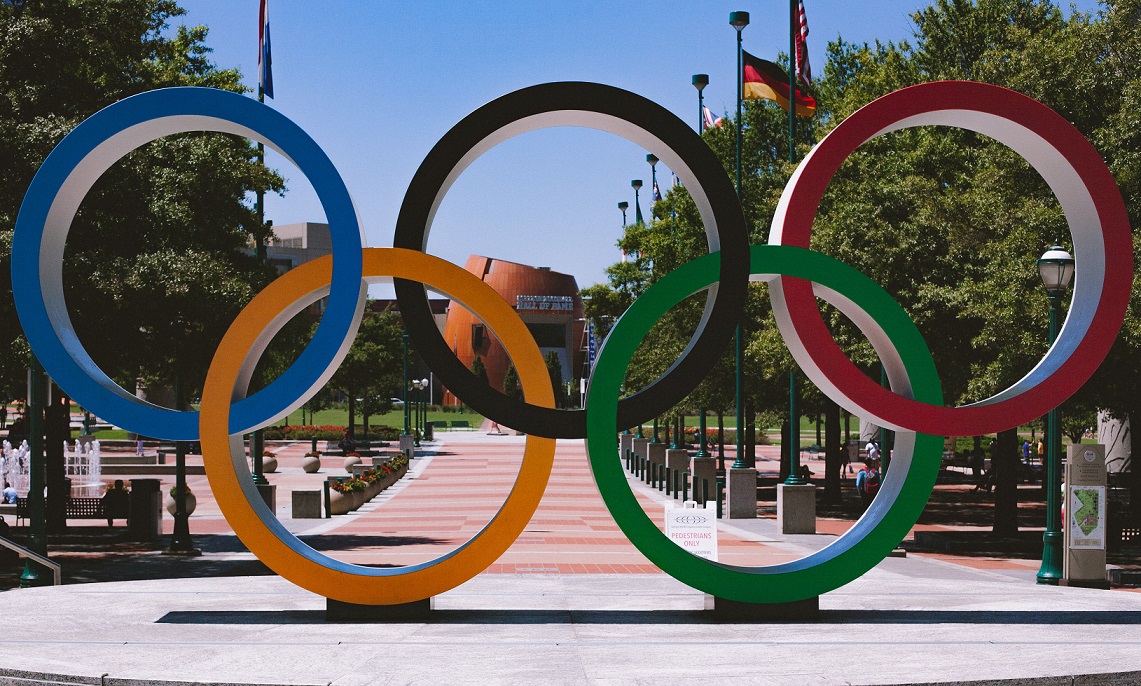 Interesting facts about the history of the Olympics and its traditions

Besides being the world’s biggest sporting event, the Olympic Games are a celebration of the human spirit, togetherness, fairness, excellence, and world peace.

Its traditions symbolise oneness and connect the technologically advanced modern age to an ancient but glorious past. Thousands of athletes from around the world give their all to win a medal at the event which is held every four years. The participants script history with their grit while the Games themselves tell a story of their own. Here are a few interesting facts about the Olympic Games, its athletes and traditions.

What the rings and colours represent

The five interlocking Olympic rings — blue, yellow, black, green and red — represent five main continents. The colour of the rings, which are on a white background of the Olympic flag, were selected because every country has at least one of the colours in their respective national flags. The Olympic flag is based on a design by Baron Pierre de Coubertin, the father of the modern Olympics, and was presented before the public in 1913 and was first hoisted at the 1920 Antwerp Olympics.

Today, there are seven official versions of the Olympic rings which include the main flag, five monochrome ones in each of the five colours and a black-and-white version where the rings are in white on a black background.

The torch and the flame

Contrary to popular belief, the Olympic torch relay has no historic origins. It is a modern-day idea by university lecturer and sports theorist Carl Diem that was first used at the 1936 Berlin Olympics and has since become one of the most famous sporting traditions. Even the Olympic Flame made its debut in the 1928 Amsterdam Olympics.

The relay torch carrying the Olympic flame is expected to be always lit from the moment it is ignited in a ceremony at Ancient Olympia, Greece, till the time it reaches the final destination — a cauldron in the Olympic stadium of the host city.

It is designed to whether all odds and has been carried underwater during the 2000 Sydney Olympics. However, there have been several instances when it went out due to man-made or natural reasons. As a backup plan, a second torch carrying the flame from Olympia is always at hand to quickly reignite the extinguished main torch.

Pigeons were killed at the 1900 Paris Olympics

It was the only time in the history of the games that live animals were killed for sport. Pigeon-shooting was an event of the 1900 Olympic Games in Paris. Belgium’s Leon de Lunden shot 21 of the 300 birds to win the event. However, the International Olympic Committee (IOC) no longer recognises the event. There were several other odd events at this Olympics, including standing broad jump, standing high jump, underwater swimming contest, and croquet, the last of which was attended by just one fan. None of these events has ever made a return to the Games.

Medals cut in half

Even though American pole-vaulter Bill Sefton took the gold in the pole vault event at the 1936 Berlin Olympics, a new chapter in sportsmanship (and friendship) was scripted by Japanese athletes Shuhei Nishida and Sueo Oe. The two, who were tied for second place, were asked to compete in a tie-breaker. However, they refused and decided to share one-half of the silver and bronze medals.

They cut the medals in half and fused one half of the silver with that of the bronze to make what is today known as “the medals of friendship”. Nishida’s half-bronze and half-silver medal is displayed at Japan’s Waseda University.

The 1900 Paris Olympics were the first Games which witnessed women participation in the events. But it was only in the 2012 London Olympics where every participating nation had women athletes in their contingent. At the same Games, judoka Wojdan Shaherkani of Saudi Arabia became the first woman from her country to participate in Olympics.

The 1900 Paris Olympics is the only Summer Games in which the shape of the medal was rectangular. Designed by Frédéric Vernon, the obverse of the medals showed a winged goddess holding laurel branches in her hands with the city of Paris and the monuments of the Universal Exhibition serving as the backdrop. The reverse depicted an athlete standing on a podium, striking a victorious pose while holding a laurel branch in his hand before a stadium and the Acropolis of Athens.

New sports and one that changed track

Figure skating is the oldest sport on the Olympic Winter Games programme but was introduced during the 1908 Summer Games held in London. It was held once more in a summer edition — the 1920 Antwerp Olympics. It has since been part of the Winter Olympics, starting with the first edition which was held in 1924 at Chamonix.

The 2020 Tokyo Olympics will witness the addition of four new events to the Olympic calendar. These are karate, sport climbing, skateboarding and surfing. It will also be the first time since 2008 that baseball and softball are part of the Olympics.

The ‘Tarzan’ who was a champion Olympian

American actor Johnny Weissmuller, who is best known for playing Tarzan in a series of Hollywood films in the 1930s, is recognised as “swimming’s first superstar” because of his feats in the 1924 and 1928 Summer Olympics.

Disabled athletes participated in the main Olympic Games before the Paralympic Games were introduced in 1960 in Rome. Among the most inspiring of such athletes was American George Eyser — the first person with a prosthetic leg to compete at the Olympic Games. Eyser had lost most of his left leg in an accident in his childhood. Wearing a wooden leg, Eyser took part in the gymnastics event at the 1904 St. Louis Olympics and won three gold medals in a space of a single day. He won three more medals to end his tally at six.

Even after the establishment of the Paralympic Games, some Paralympians have participated in the Olympics. Two such names are South African swimmer Natalie du Toit and Polish table tennis player Natalia Partyka.

It is not entirely gold, dear Scrooge!

The last time a medal that was completely made of gold was presented to a champion at the 1912 Stockholm Olympics. Since then, the “gold” medal consists of only six grams of gold plating over 92.5 percent silver. The silver medal is entirely made of silver while the bronze contains red brass, which is 95 percent copper and 5 percent zinc. Gold medals were first awarded in the 1904 Olympic Games at St. Louis, US. All medals are designed by the host city.

Only one stadium has hosted the Olympics twice

The Los Angeles Memorial Coliseum is the only Olympic stadium to have hosted two Summer Olympics. The first of the Games was hosted here in 1932 and the next in 1984. It is set to create history once again in 2028 when it will become the first to host the Games three times. The stadium was built in 1923 in memory of American soldiers who fought in World War I (1914–1918) and is recognised as a National and California Historic Landmark of the country.

Marathon has been part of the modern Olympics since the first Games in 1896. But it traces its origin to 490 BC when a Greek soldier named Pheidippides ran a distance of around 40 kilometres from Marathon to Athens to inform the Athenians of the victory of their soldiers against the invading Persians. At the end of the run, he collapsed and died but not before completing the task he was entrusted with.

The legend of Pheidippides spread far and wide and thus was born the long-distance race. Initially covering almost the same distance as Pheidippides’ run, a marathon was standardised in 1921 at 42.195 kilometres.

One of the most celebrated runners of the modern Olympics was Ethiopian legend Abebe Bikila, who became the first Black African to win a gold medal when he won the marathon event at the 1960 Rome Olympics. What makes his feat even more inspiring is that Bikila ran barefoot. Four years later, and 40 days after surgery, he repeated the feat — this time with shoes on — to become the first to win the marathon twice.

The Games have never been postponed ever since the beginning of the modern Olympics in 1896. In a first, the 2020 Tokyo Olympics had to be postponed by a year. The reason being — the COVID-19 pandemic.

However, the Olympics had been cancelled during World War I (1916) and World War II (1940 and 1944). Since authorities of the world’s biggest sporting event count every fourth year since 1896 as an Olympiad, the Tokyo Games is thus officially recognised as XXXII Olympiad.

The 2020 Tokyo Games are the first in history in which medals made of recycled materials are being handed out. Under the “Tokyo 2020 Medal Project”, authorities collected used small electronic devices from the people of Japan, which were then used in the creation of the approximately 5,000 medals, which have been designed by Junichi Kawanishi.