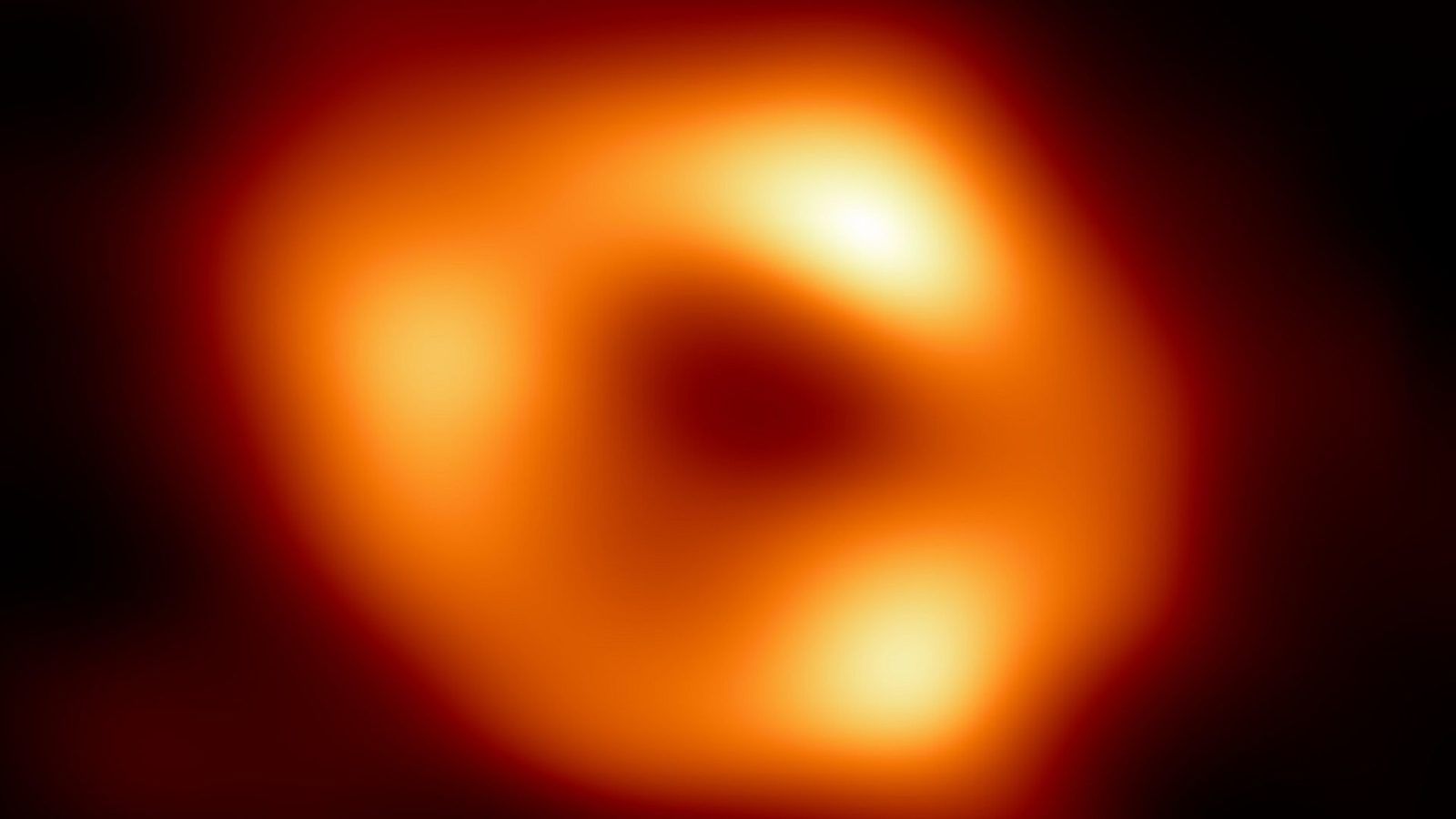 The supermassive black hole residing at the centre of our galaxy, the Milky Way, has been pictured for the first time.

Known as Sagittarius A*, the black hole measures roughly around 60 million km across and is four million times the mass of the Sun, which is about the size of Mercury’s orbit. Sagittarius A* is located around 27,000 light-years away from Earth.

The picture was released at simultaneous press conferences around the world, including at the European Southern Observatory (ESO) headquarters in Germany.

A dark centre with a ring around

In a statement, the National Aeronautics and Space Administration (NASA) said that Sagittarius A* was observed by the Event Horizon Telescope (EHT) in April 2017, following which a team got down to making the image.

The picture of the black hole in our Milky Way shows a completely dark centre, with glowing gas forming a ring around it — evidence of how light is bent by the powerful gravity of a black hole.

During the EHT observation, researchers also managed to catch X-ray flares from Sagittarius A*.

Daryl Haggard of McGill University in Montreal, Canada, who is one of the lead scientists of the multiwavelength campaign, said, “If the new EHT image shows us the eye of a black hole hurricane, then these multiwavelength observations reveal winds and rain the equivalent of hundreds or even thousands of miles beyond. How does this cosmic storm interact with and even disrupt its galactic environment?”

“We were stunned by how well the size of the ring agreed with predictions from Einstein’s Theory of General Relativity,” said EHT Project Scientist Geoffrey Bower from the Institute of Astronomy and Astrophysics, Academia Sinica, Taipei.

“These unprecedented observations have greatly improved our understanding of what happens at the very centre of our galaxy, and offer new insights on how these giant black holes interact with their surroundings,” Bower added.

galaxy NASA milky way black hole Sagittarius A*
Manas Sen Gupta
Manas enjoys reading detective fiction and writing about anything that interests him. When not doing either of the two, he checks Instagram for the latest posts by travellers. Winter is his favourite season and he can happily eat a bowl of noodles any time of the day.
Travel Culture Entertainment Food
Sign up for our newsletters to have the latest stories delivered straight to your inbox every week.