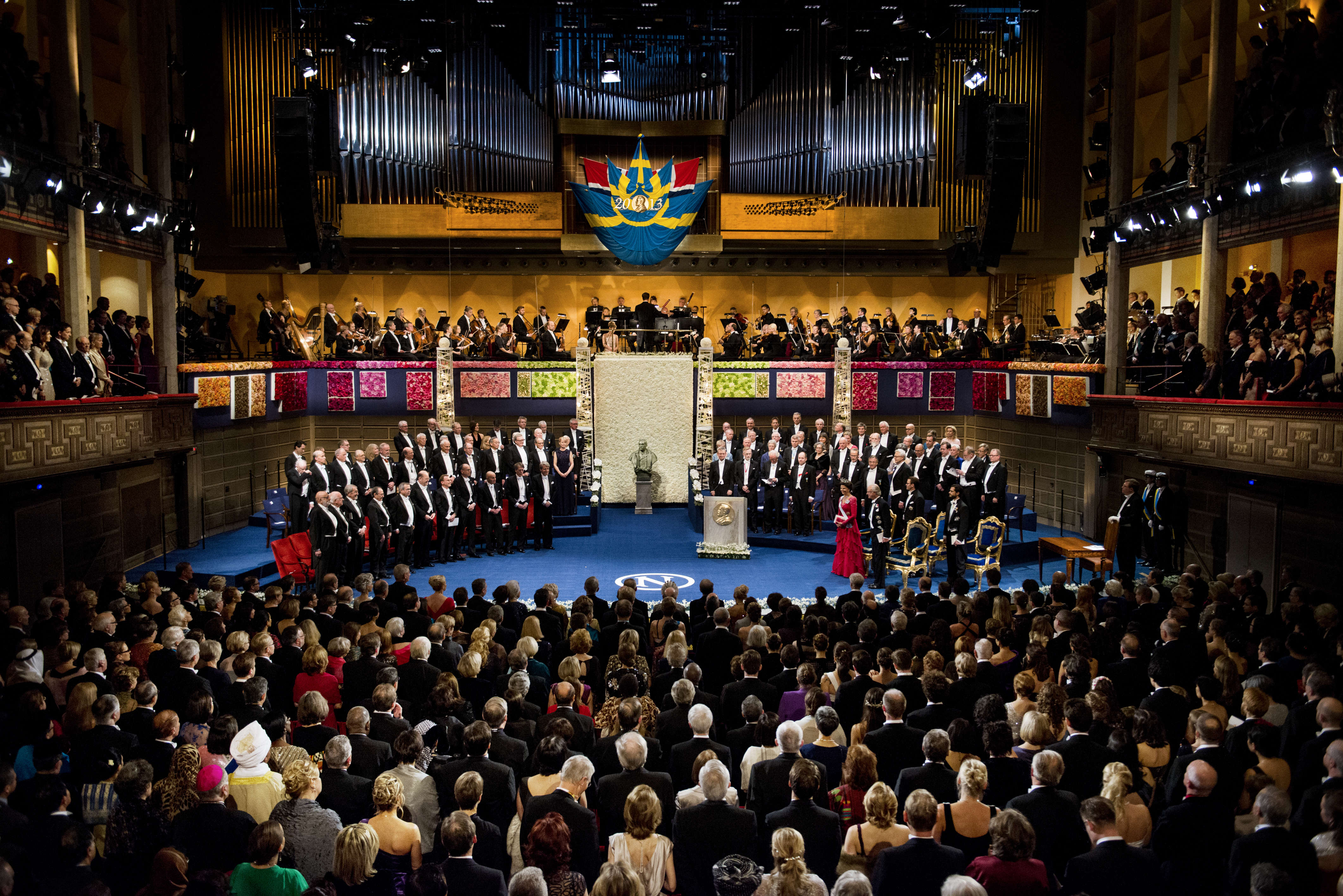 Today, many stalwarts from across fields will be conferred the Nobel Prize at a glittering ceremony at Stockholm Concert Hall, Sweden. Notably, India’s Abhijit Banerjee and his wife Esther Duflo, along with Michael Kremer will receive the prize in Economic Sciences. It is a ceremony that is graced by the who’s who of the intellectual world; an evening made beautiful with elegant dresses and jewellery, a banquet that comprises a menu kept secret till it is served, and a TV event that is not missed by most in Sweden. Now you too can consider being a part of the Nobel Prize Ceremony, just like many of the Swedes do every December 10. This is an evening when many Swedes dress up formally for dinner and set tables around the TV just like they would when they are entertaining guests. Many take the trouble to look into Nobel banquet menus of the previous years and replicate it for dinner, serving it in tandem with the live broadcast of the banquet which has been served at the Blue Hall of the City Hall of Stockholm since 1934. It is an evening to crack out the bubbly or something good to accompany the food as well.

This is a day when the TV takes centrestage at dinner time. Thanks to live streaming, you can watch the entire ceremony live too (9:00 pm IST). Everyone usually has something that interests them the most. For some it’s the guest-list, for others it’s the designer outfits and jewellery. Some love the banquet that serves to over 1300 people and for many it is the interviews with the laureates and snippets of information that is shown.

So if you want something interesting to do, especially if you are still nursing Monday blues or are dreading the thought of hump day still being a day away, then why not throw an impromptu viewing party with some friends for the ceremony. Dress up to the nines, bring out the good stuff from the home bar, and raise a toast along with the laureates. Order in some good soup and salmon – we know it’s a tad too late to be planning an elaborate dinner, but hey! If you are up to the challenge, why not? Besides the menus of earlier years being available, there are a number of Nobel Prize recipe books that you can add to your shelf on the occasion of the ceremony today.

And if you happen to find yourself in Stockholm today, you may want to talk a walk around the Nobel Prize Museum. You could also consider getting a reservation (barring the day of the ceremony) at Restaurant Stadshuskällaren in Stockholm. Chef Andreas Hedlund is responsible for the Nobel banquet each year and creates the Nobel menu as well.

At the restaurant, you can order one of the menus from the Nobel banquet since 1901. This is only available after reservation and for groups of minimum 10 people and is a brilliant experience, if you are with a group. This menu is served in the original Nobel porcelain.