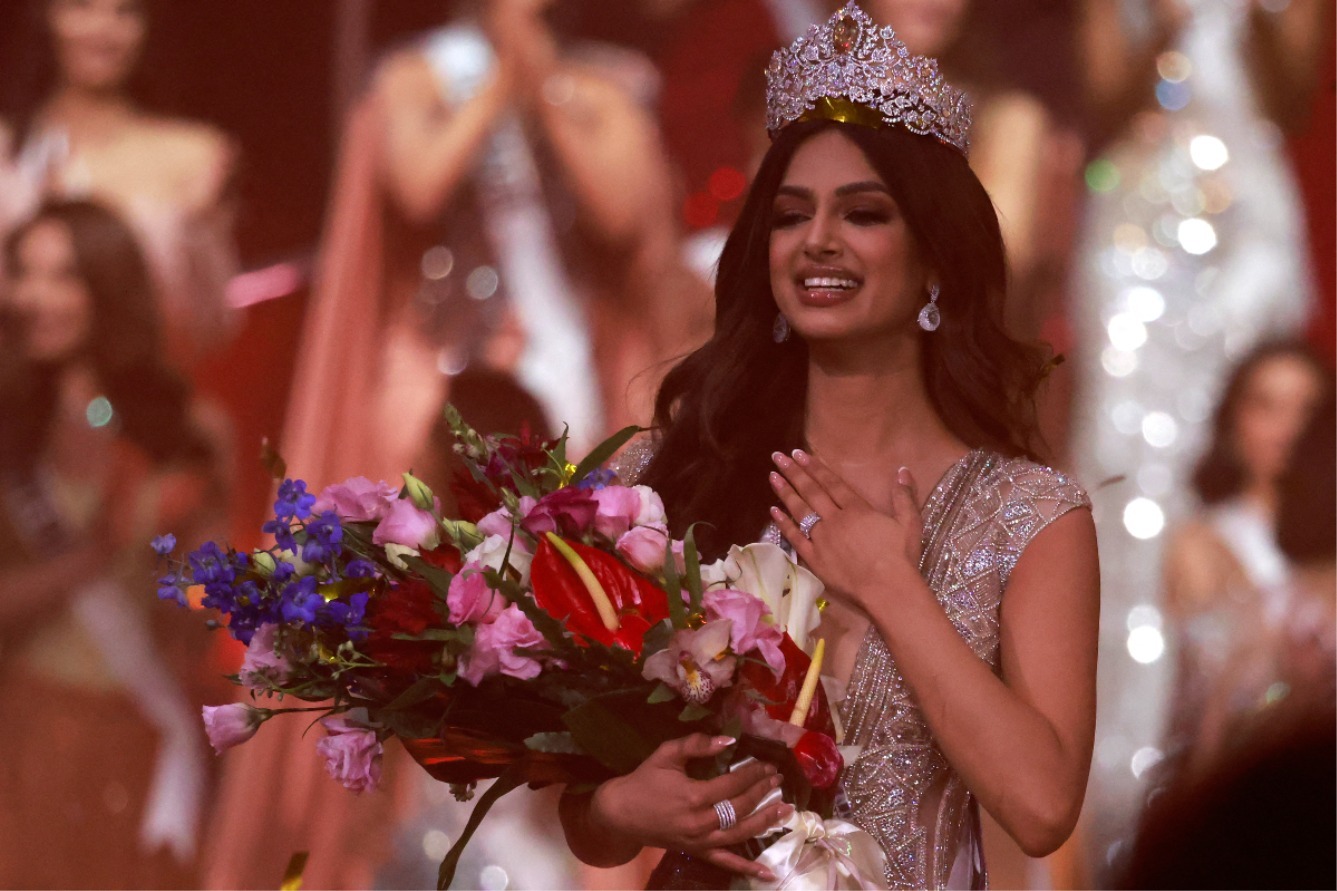 Model and actress Harnaaz Kaur Sandhu made India proud as she brought home the Miss Universe crown at the 70th edition of the annually held pageant. Before Sandhu, 21 years ago, it was Lara Dutta who was crowned Miss Universe in 2000.

Steve Harvey, who was hosting the show, asked Sandhu the final question before she was crowned Miss Universe 2021. He said, “What advice would you give to young women watching on how to deal with the pressures they face today?” To which she responded, saying, “The biggest pressure the youth of today is facing, is to believe in themselves. To know that you are unique makes you beautiful. Stop comparing yourselves with others and let’s talk about more important things that are happening worldwide. Come out, speak for yourself, because you are the leader of your life. You are the voice of your own. I believed in myself and that is why I am standing here today.”

Related: Who is Harnaaz Sandhu, the Indian finalist of Miss Universe 2021?

Beauty Pageant Miss Universe 2021 Harnaaz Kaur Sandhu
Nishtha Grover
A travel fanatic who loves exploring new dishes and cultures only to later write about them. You will either find her reading, trying new skincare products or sleeping during her spare time. Also, loves rock music and cannot do without it.
Travel Food Entertainment Culture