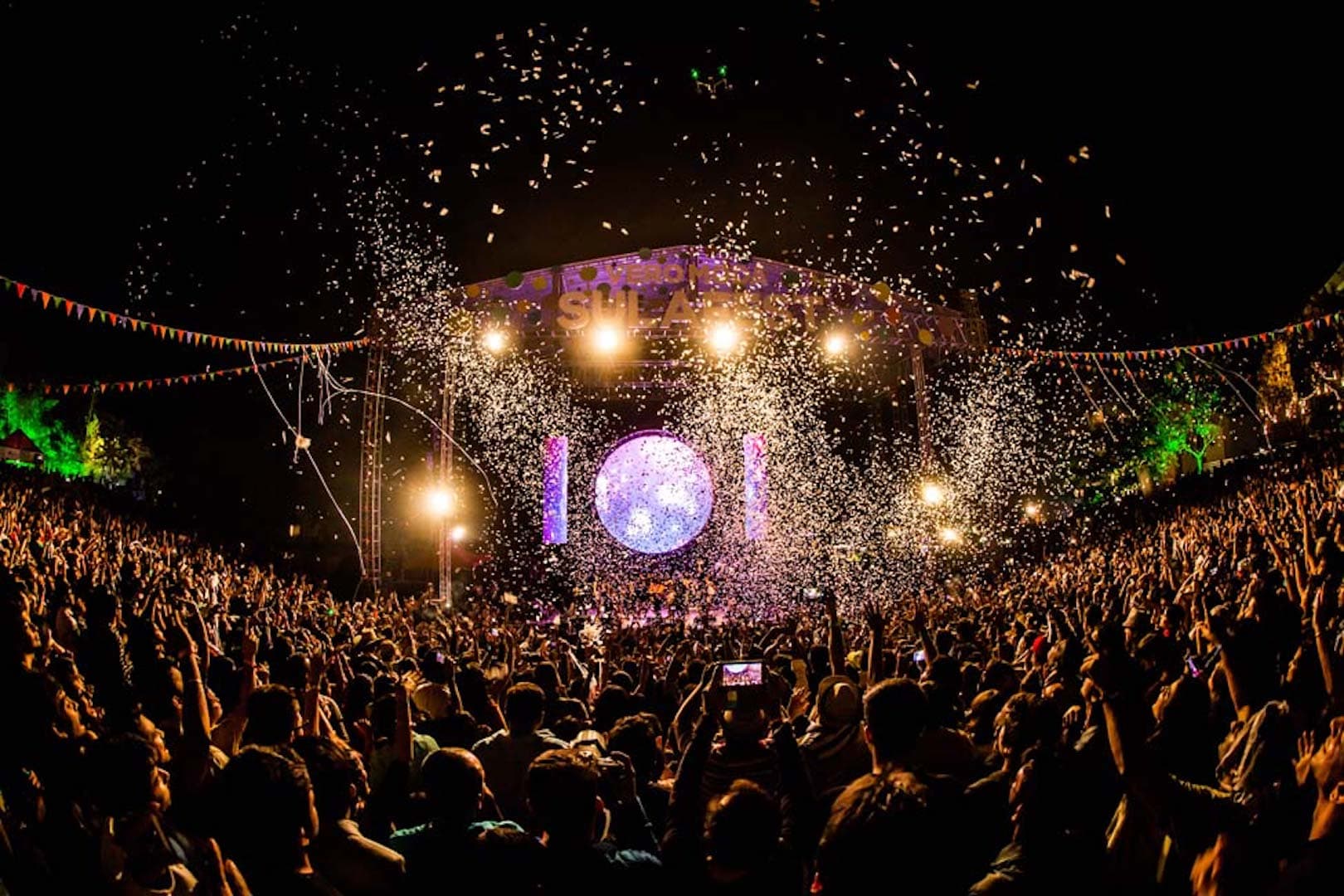 The last decade or so has seen a plethora of world-class music dos mushroom in India. Not surprising at all, considering the rich, varied, and longstanding musical traditions thriving in far-flung corners of the country. From metal to blues to soulful Sufi, there’s something for everyone, somewhere in the country. Here are seven of the best musical festivals 2019 in India in the month of February alone. 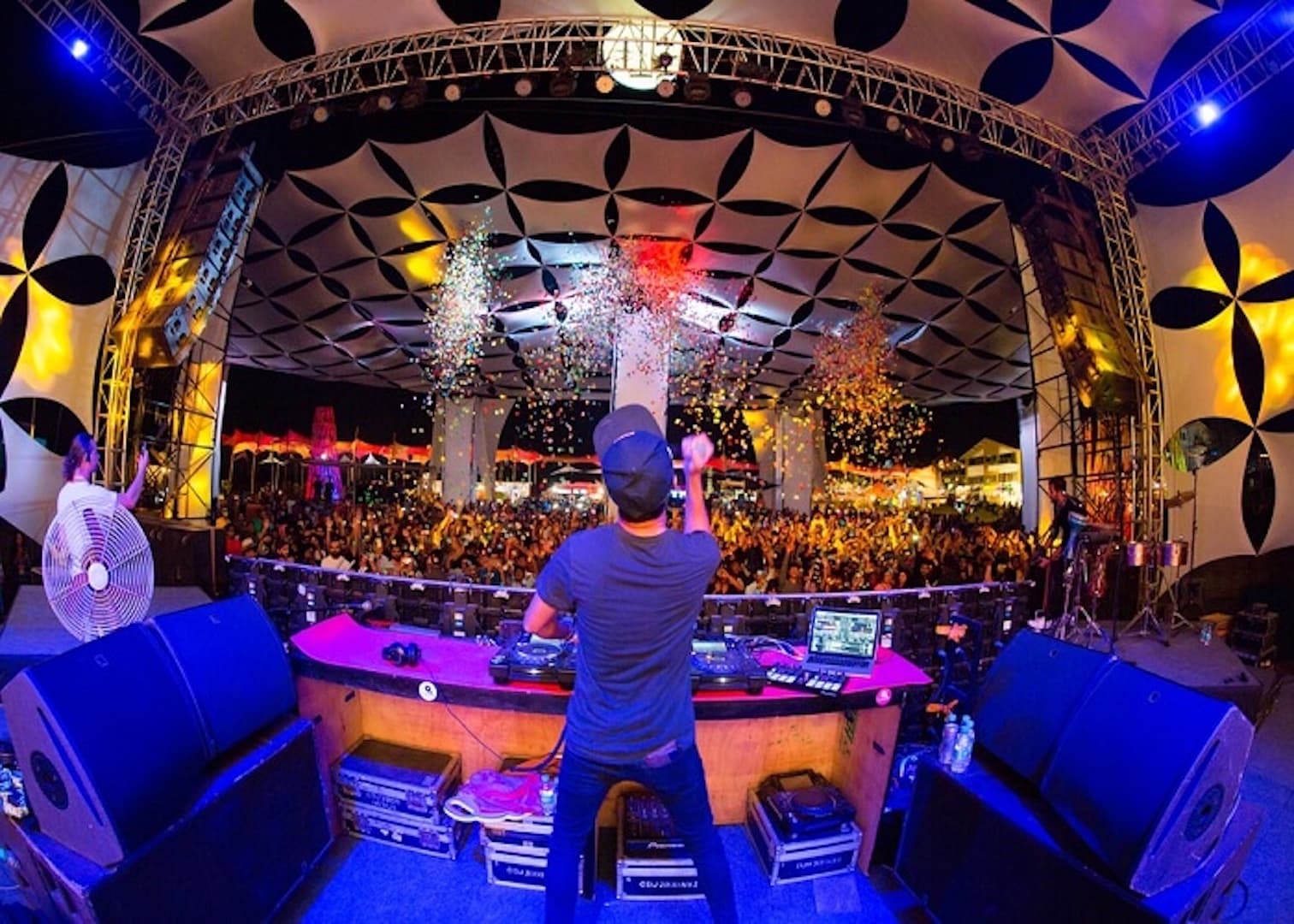 Technically, SulaFest’s mainstay is supposed to be wine tasting and grape stomping, but ask any regular of the festival and they’ll tell you that the festival is actually one of the most eagerly awaited millennial music festival in and around Maharashtra. Held annually on the picturesque grounds of Nasik’s famous Sula Vineyards, SulaFest turns 12 this year and to celebrate the festival’s growing popularity, the headlining musical acts are Bollywood singer and folk-fusion musician Shankar Mahadevan and UK’s modern soul music collective Jungle, performing for the first time in India. Giving them company will be Vivian Fernandes or Divine, the award-winning rapper and the inspiration behind Ranveer Singh’s Gully Boy, Mother’s Cake from Austria, Hallouminati from UK, Lucille Crew from Israel, Forelock and Arawak from Italy, Oona Dahl from the US, Sashanti from Russia, and a host of Indian performers led by Nikhil Chinapa. SulaFest will host 100 musicians across 17 genres and 13 nationalities this year. Long story short, if you’re a fan of indie music, this weekend music festival is for you. The wine, spirits and beers from around the world along with gourmet food don’t hurt either. 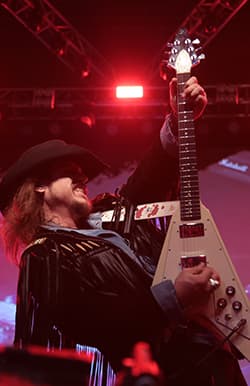 In its ninth year now, Mahindra Blues Festival has successfully carved its place in the country’s music landscape by bringing some of the world’s most celebrated Blues legends like five-time Grammy winner Buddy Guy, John Lee Hooker Jr, Taj Mahal, Walter Trout, Jonny Lang, Ana Popovich, Robert Randolph, Shemekia Copeland, Jimmy Thackery, and many others. Touted as the biggest Blues festival in Asia, MBF has been nominated for the Keeping The Blues Alive award by the prestigious The Blues Foundation of America for giving a platform to up and coming Blues bands and singers in India. This year the festival, held at Mumbai’s landmark Mehboob Studios, will be headlined by Beth Hart, dubbed as the “ultimate female rockstar” by The Blues Magazine, and known for her daring, angry performances and Grammy winner and 35-time Blues Music Awards awardee Charlie Musselwhite. They will be accompanied by Sugaray Rayford, Brandon Santini, and the winner of Mahindra Blues Band Hunt in 2018, Arinjoy Trio. It’s an experience worth having, even if you’re not a Blues fan. Yet. 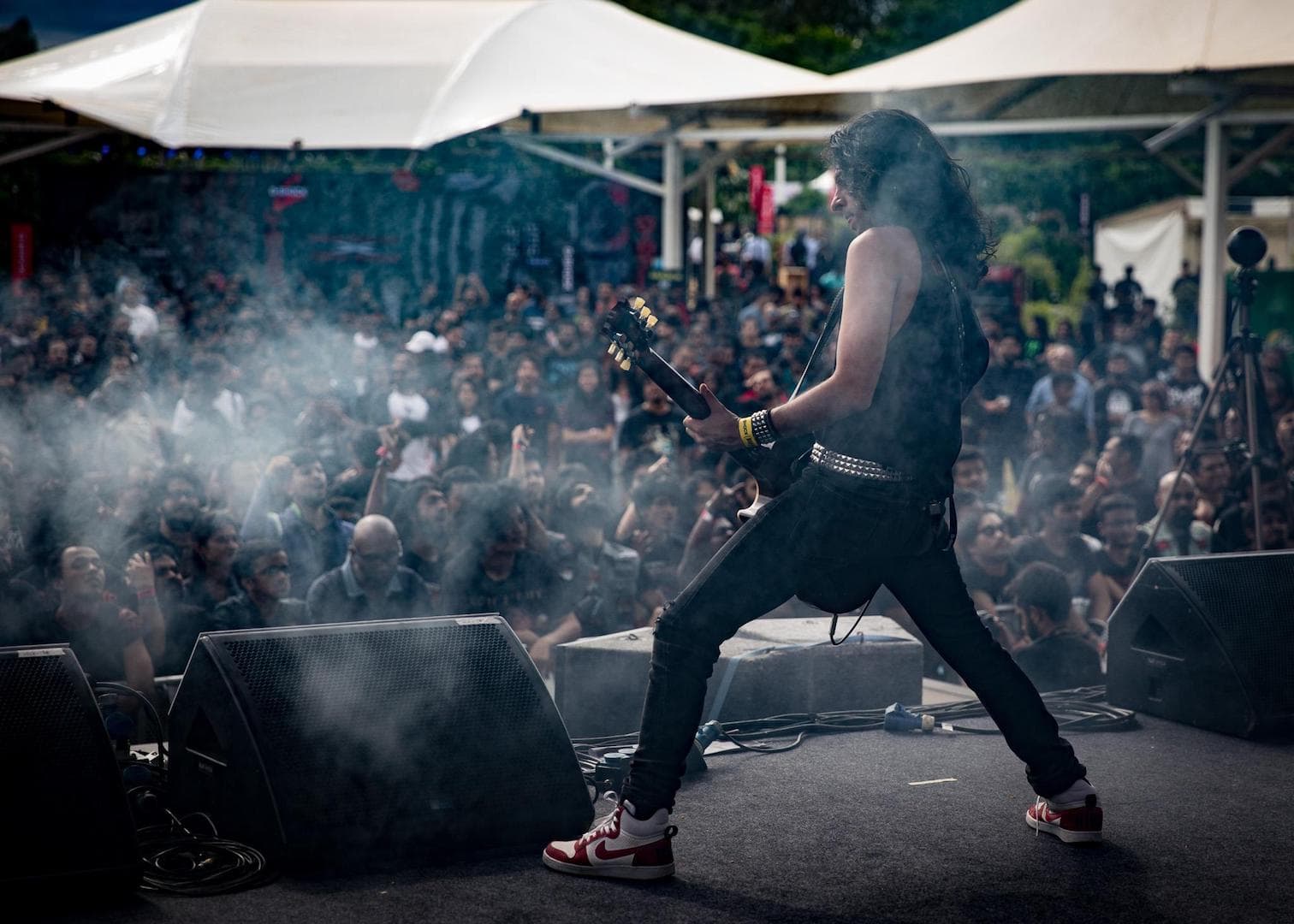 It’s time for the heavy metal lovers in the country to unite in all their headbanging glory at the eighth edition of the Bangalore Open Air festival in February. BOA is organised in collaboration with Wacken Open Air, currently the biggest heavy metal festival in the country. In addition to performances by several heavy metal giants from around the world, the festival will also host the highly competitive Wacken Meal Battle, where the four bands — Krur from Nepal, Mass Damnation from Sri Lanka, Trainwreck from Bangladesh and the India winner of the metal battle competition will compete for a spot at the Wacken Open Air metal battle in Germany. This year’s headlining acts for the BOA are Abbath and New York technical death metal outfit Suffocation, supported by Hyderabad-based death metal quartet Godless. 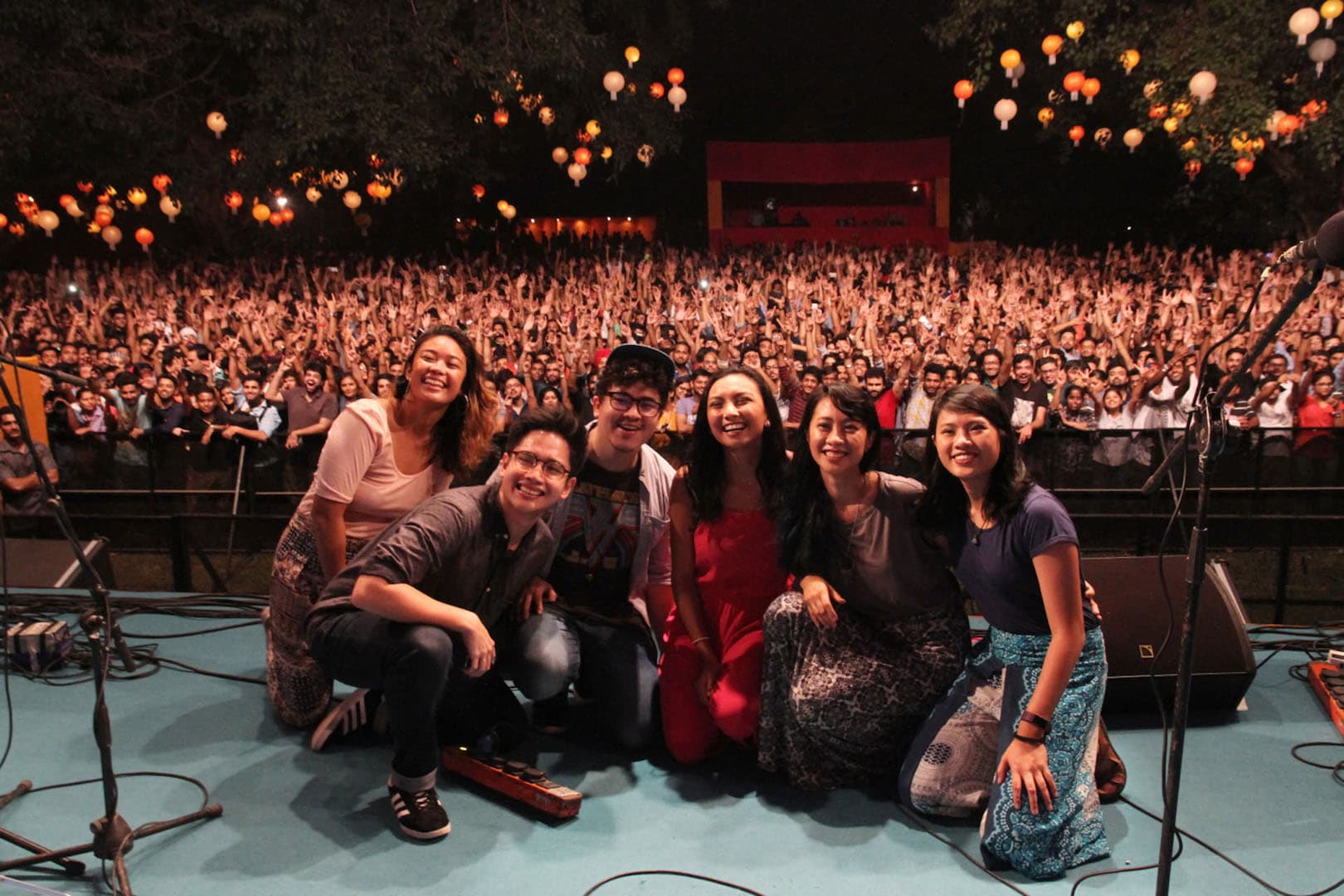 Held every year in February in the City of Lakes, the multi-venue Udaipur World Music Festival is a flagship event of the city and its popularity has earned Udaipur the distinction of becoming one of the most sought-after musical destinations in the country. Currently in its fourth year, the festival will host a lineup of over 150 acts from over 20 countries in its six venues over the course of three days. This year, festival-goers will be treated to a wide and eclectic variety of music, with performances from Cuban singer, flautist and percussionist La Dame Blanche from France, whose music is multi-layered amalgamation of hip-hop, cumbia, dancehall and reggae, pop-folk band Els Catarres from Spain, Natig Rhythm Group from Azerbaijan, headed by nagara player Natig Shirinov who is credited for revolutionalising the nagara percussion technique and becoming Azerbaijan’s first rhythm composer, and literally dozens of others. Matching beats with these international stalwarts will be India’s Vibha Saraf, whose melodious Kashmiri compositions can bring the Valley to life in every listener’s imagination, and Grammy nominated flautist Shashank Subramanyam. 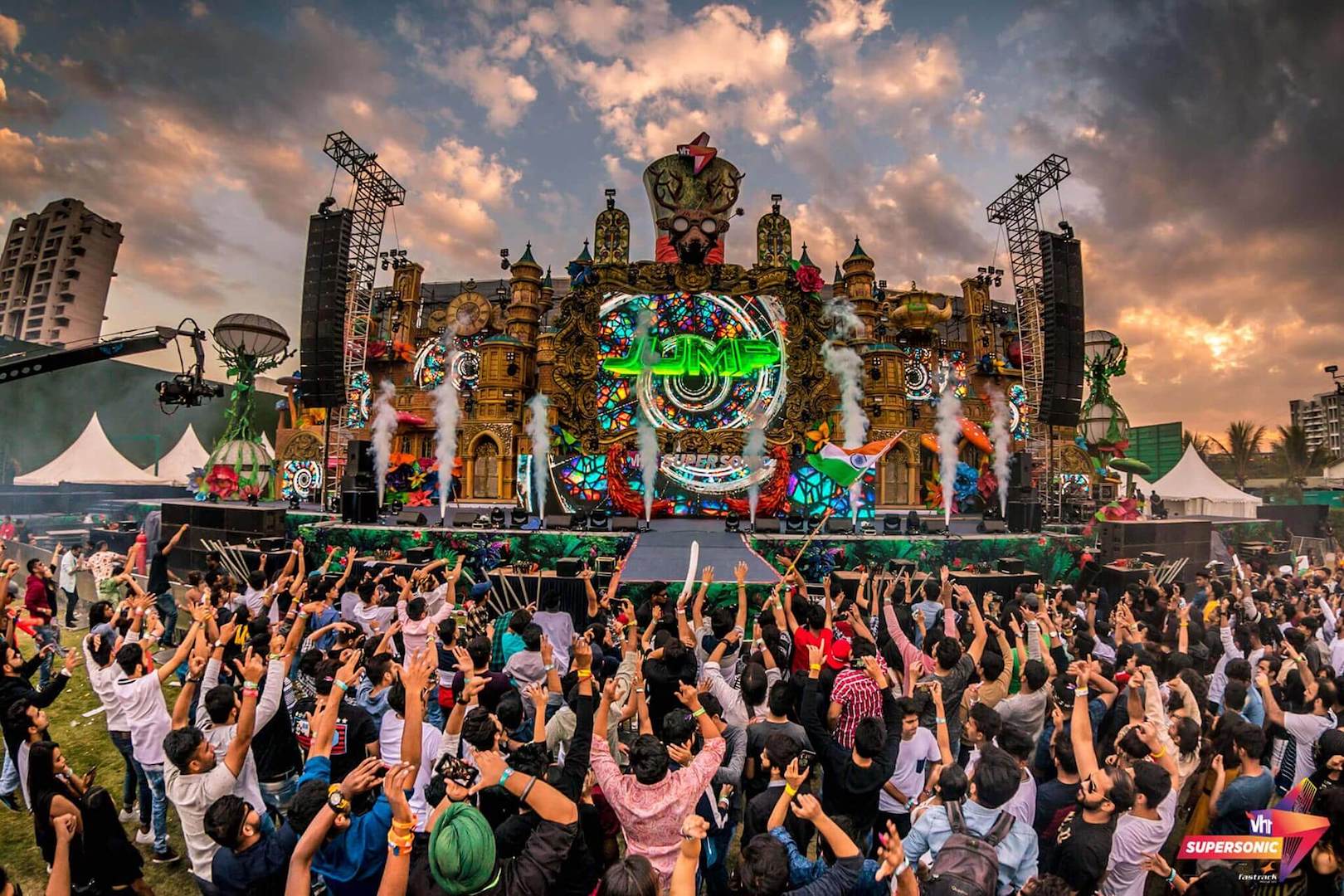 Supersonic is by far the country’s biggest and coolest multi-genre music festival. 2019 will see the festival’s sixth edition, with high-voltage performances by artists of electronic music, hip-hop, metal, indie artists, and everything else a music lover with diverse tastes could dream of seeing together under one roof. Headlining the festival this year are internationally acclaimed names such as rapper, singer and songwriter Jaden Smith, American music producer and one of the most sought-after DJs in the world, Marshmello, British music producer and DJ Bonobo, who will perform with an impressive eight-piece ensemble. Giving them company will be international artists such as hip hop duo Tropkillaz, progressive metal band Polyphia, English drum and bass act Rudimental, Irish indie rock band Two Door Cinema Club, as well as Indian artists Arjun Vagale, Blackstratblues, Ash Roy, Lost Stories, d, Tuhin Mehta, Zaeden and many more. 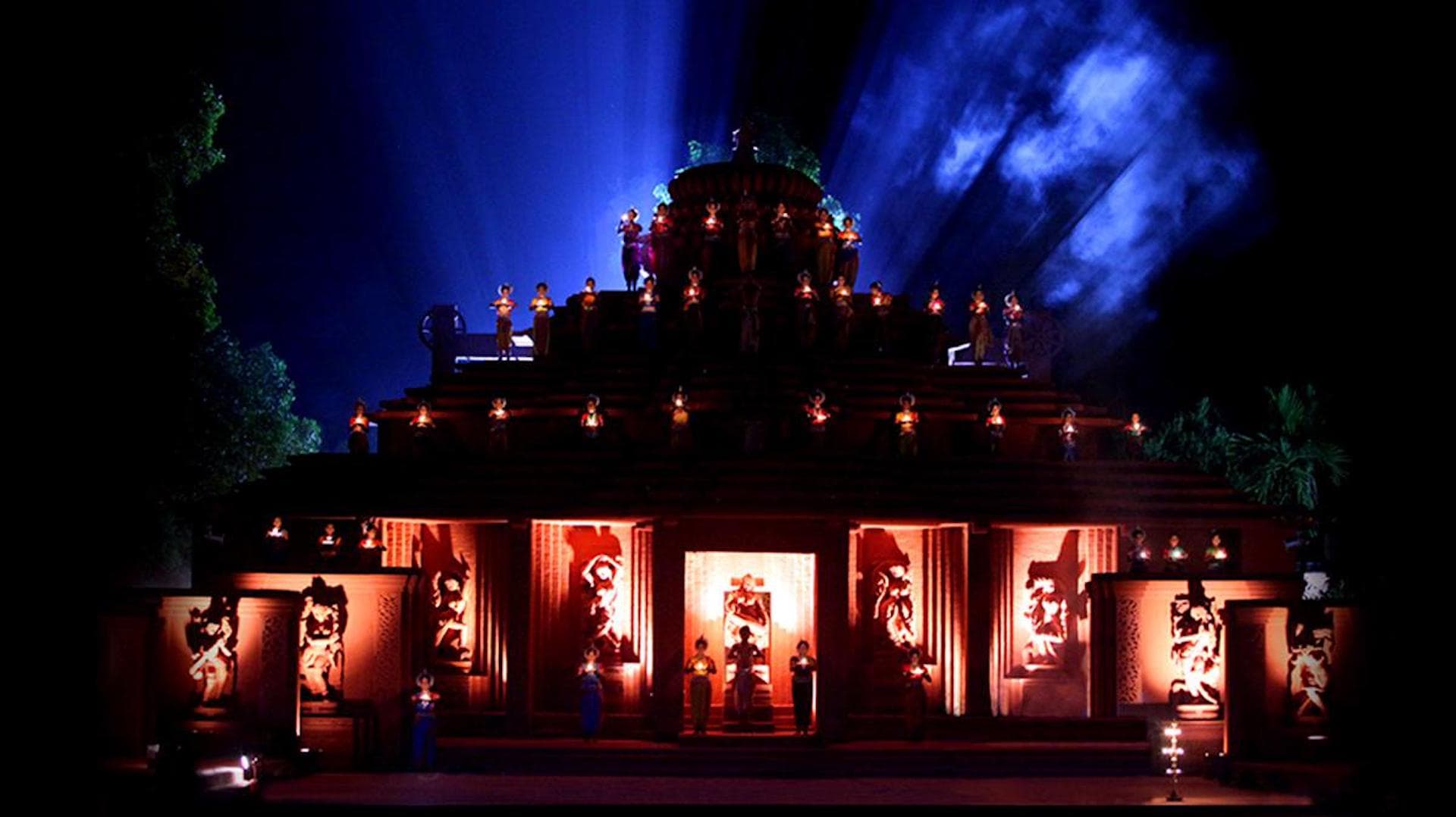 Started in 1986 by Padma Shri awardee and veteran Odisi dancer Guru Gangadhar Pradhan, the celebrated Konark Dance and Music Festival is one of the oldest cultural festivals in the country. The iconic Sun Temple of Konark — a UNESCO World Heritage Site — serves as the magnificent backdrop for the festival held in February every year. The Konark festival was started as a means to promote Indian classical music and dance forms, but has, over the years grown into a cultural epicentre of the country, with some of its most revered classical dancers staging Odissi, Kathak, Bharatnatyam, Kuchipudi, Manipuri, Mohiniattam and other folk and tribal dance performances. On the music side, attendees have witnessed performances by Violin Brothers Deb Sankar and Jyoti Sankar Roy, Hindustani vocalist Brajeshwar Mukherjee, and many others. While this year’s lineup is yet to be announced, this year, for the first time, one eminent artist from Orissa will be given a lifetime achievement award by Maharaja Gajapati of Puri. 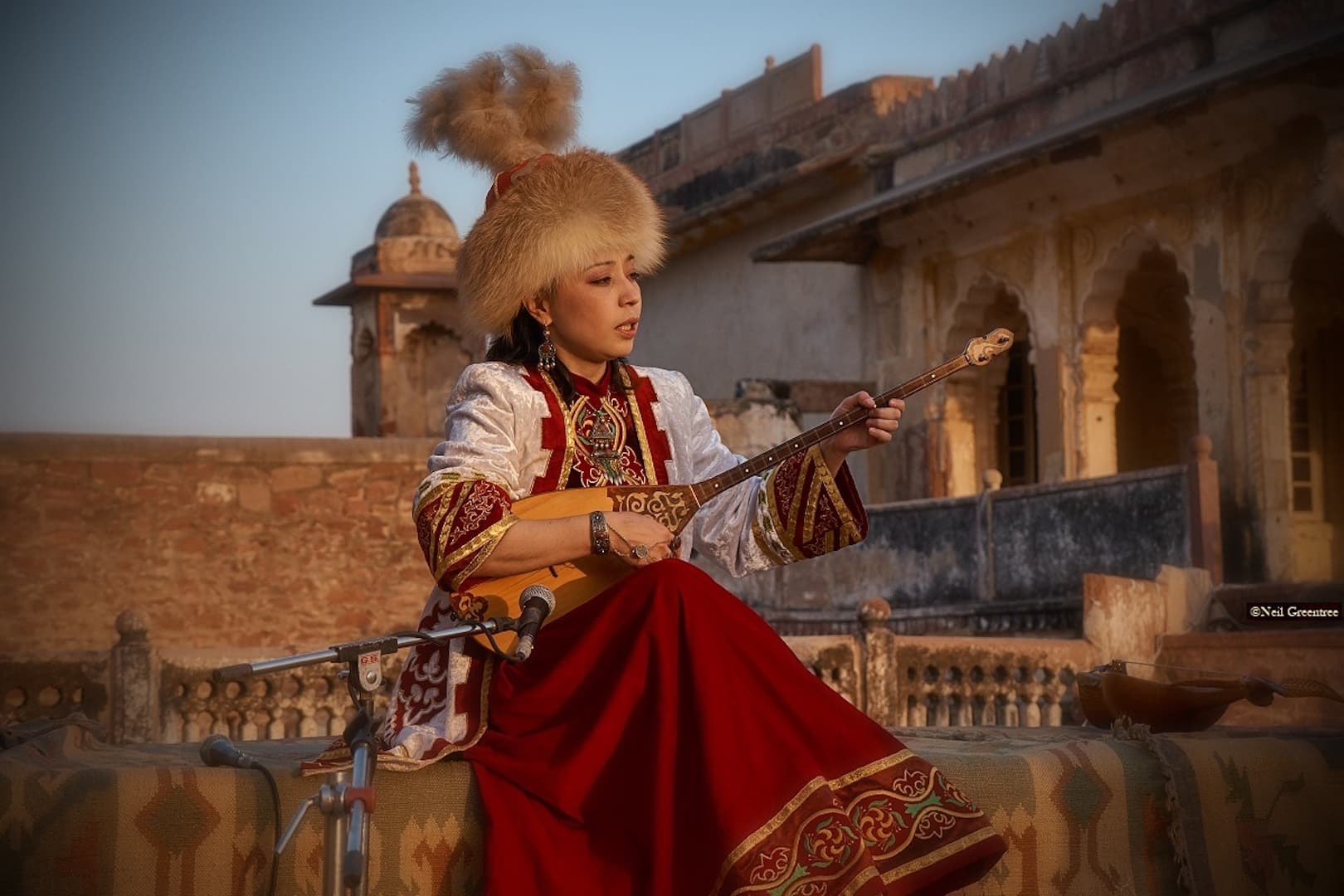 Jodhpur’s pride, the imposing and awe-inspiring Mehrangarh Fort will once again play host to the World Sacred Spirit Festival that returns for its 12th edition this February. The WSSF sees the coming together of national and international artistes from around the world in an attempt to showcase the spiritual and healing power of music as it transcends the battle lines drawn by castes, creeds, communities, religions, cultures and nations. The WSSF was started by the Mehrangarh Museum Trust in an attempt to unite the world, and bring about global harmony through the medium of music. The three-day extravaganza sees performances by classical, folk, Sufi, and qawaali singers and musicians. To musical journey is heightened with intermittent dance performances and poetry recitations. This year’s lineup includes virtuosos from Iran, Argentina, Scotland, and, of course, India. Folk and classical musical lovers will be treated to soulful performances by revered sitar player Shujaat Khan from the Imdakhani gharana, who will perform Sufi poetry by Kabir and Hazrat Amir Khusrau; violinist Ambi Subramaniam; Scottish folk band Rura; a qawwali performance by Sufi devotional singers and brothers Irfan and Hohammed Tufail; Argentinian classical guitarist Lautaro Tissera Favaloro; a solo performance by French clarinet player Yom; and many other distinguished performers.
Prior to the main festival at Mehrangarh Fort, a more exclusive edition of the Sufi festival will be held on February 18 and 19 at the Ahhichatragarh fort in Nagaur, a few hours away from Jodhpur. While both events are ticketed, the Nagaur edition can be accessed by invitation only, or as a package deal for guests at the luxury fort hotel.

Sonali Kokra is a journalist, writer, editor and media consultant from Mumbai. She writes on feminism, sexuality, relationships, art, culture, and lifestyle.