Preet Chandi (aka Polar Preet), a British-born Sikh Army officer, becomes the first Indian-origin woman to trek solo to the South Pole. She became the first woman of colour to complete a solo expedition across the South Pole. Her long voyage to Antarctica began on November 7.

How Harpreet Chandi’s solo expedition to the South Pole began

The Derby woman Harpreet Chandi was dropped at Antarctica’s Hercules Inlet after flying to Chile. From there, Chandi trekked 700 miles across the ice to the pole by herself, dragging a sledge weighing 90 kgs (nearly 200 pounds) with all of her gear, fuel, and food. The expedition was expected to last approximately 45 days. She ventured into a place where the sun never sets and the temperatures dropped to minus 50 degrees Celsius (minus 58 degrees Fahrenheit). Her only contact with the outside world was her support team on a daily basis.

Throughout the journey, she posted daily voice blogs. Preet had been working very hard to prepare for this difficult expedition. She’s trained for crevasse rescue in the French Alps, hiked across Iceland’s Langjökull Glacier, and spent 27 days on the Greenland ice cap. She also spent months dragging a heavy tyre behind her in England to simulate pulling a sledge. She has previously completed ultra-marathons such as the Marathon des Sables across the Sahara desert and a 27-day expedition on Greenland’s ice cap. She enlisted in the British Army at the age of 27. 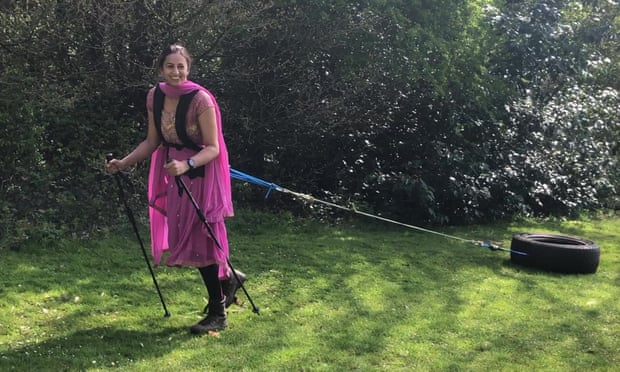 She claimed that because it is unusual for an Asian woman to participate in adventure sports, she was frequently confronted with questions reflecting people’s curiosity and surprise at what she does. She told that when she said the South Pole, people assumed she was going to South Hall (a suburban district in West London).”I’m told that you don’t really look like a polar explorer”, she added.

“A lot of us come from different communities with different barriers and boundaries. A lot of the time you’re encouraged to stay in lane and become a dentist, doctor or a lawyer, which are the key things in the Asian community, I would say,” said Chandi, who hopes her expedition will inspire more women of colour to set off on their own adventures. “But I get that people have barriers all over the place and I hope that I can inspire people for lots of different reasons. It doesn’t matter that you are not the image that society expects to see, you can do it regardless”, she said.

After succeeding in her mission, she intends to establish an adventure grant to assist more women in funding unique expeditions, and she expressed delight at seeing a change in what has traditionally been a male-dominated field. “There are more and more female adventurers out there. And there are more diverse groups, which is brilliant. It’s really inspiring to see”. Ultimately, she hopes that seeing someone like herself pushing boundaries will inspire more young people to pursue large-scale expeditions as something to aim towards.

ALSO READ: Thanks to climate change, we now have blue bananas that taste like vanilla ice cream

Preet Chandi British-Indian Army officer
Anushka Narula
Anushka Narula likes to write about fashion, culture, and other nice things. When not bound to her keyboard, she likes to make her Pinterest boards come to life.