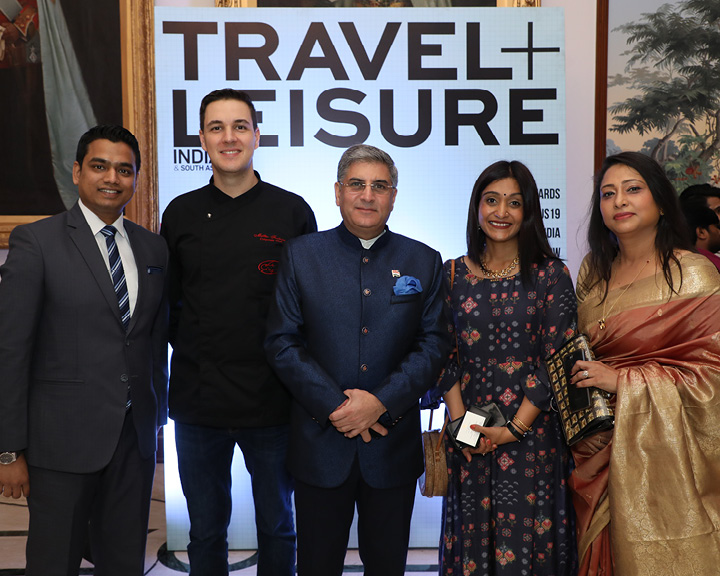 Who were the winners at Travel + Leisure India’s Delicious Food Awards 2019?

Culture
Who were the winners at Travel + Leisure India’s Delicious Food Awards 2019?
Share this article
Next article

Travel + Leisure India & South Asia’s Delicious Food Awards 2019 showed the Capital a great time at The Imperial last Saturday, while felicitating the best culinary experiences across India. From releasing T+L’s A-List Advisory Board 2019 and honouring leading chefs and restaurants, to riveting performances and the best tipples, it was a night to remember.

If the incredible Indian culinary scene has gifted us something, it is great choices. From indigenous food and modern cuisines to restaurants with bespoke services, the list is endless. So, when it came to picking the best of the best this year,  T+L let its discerning readers decide who would win the gastronomy game at the Delicious Food Awards 2019.
Glittering Victorian chandeliers above, blooming white orchids for décor, a grand stage ahead, and a sprawling dessert station—the iconic Royal Ballroom of The Imperial played the perfect venue to the second edition of the Delicious Food Awards.

The big reveal of The A List 2019 was followed by a quick talk by Björn Rettig, CEO of Burda Media India, who then invited Vijay Wanchoo, General Manager of The Imperial, to address the guests and open the awards night.
Divided into three categories, the awards started with the Restaurant Category, honouring different restaurants across the country with a number of titles including Best Ambience, Best Cocktail Bar, Best Farm-To-Table, Best Service, Best Sunday Brunch, Best Theme and many more. Phase one of the event wrapped up with an enchanting performance by the multi-genre band, Parvati La Cantante, featuring vocalist Parvati Mohanakrishnan, Rythem Bansal on piano, Aditya Dutta on drums, and Shashank Das on the upright bass.

The second phase of the night was all about the best cuisines, and the third included the Jury Awards, which included categories like Best New Restaurant in East & West, and in North & South. But the star title of the night, the ‘Restaurant of the Year’ was bagged by Baoshuan of The Oberoi, New Delhi.
As the Delicious Food Awards 2019 came to a close, guests headed to the wide delectable dinner spread prepared to perfection at The Imperial’s kitchen. And each guest was handed over a bag full of goodies from gifting partners, Seer Secrets and Baked By Ratna Saluja.