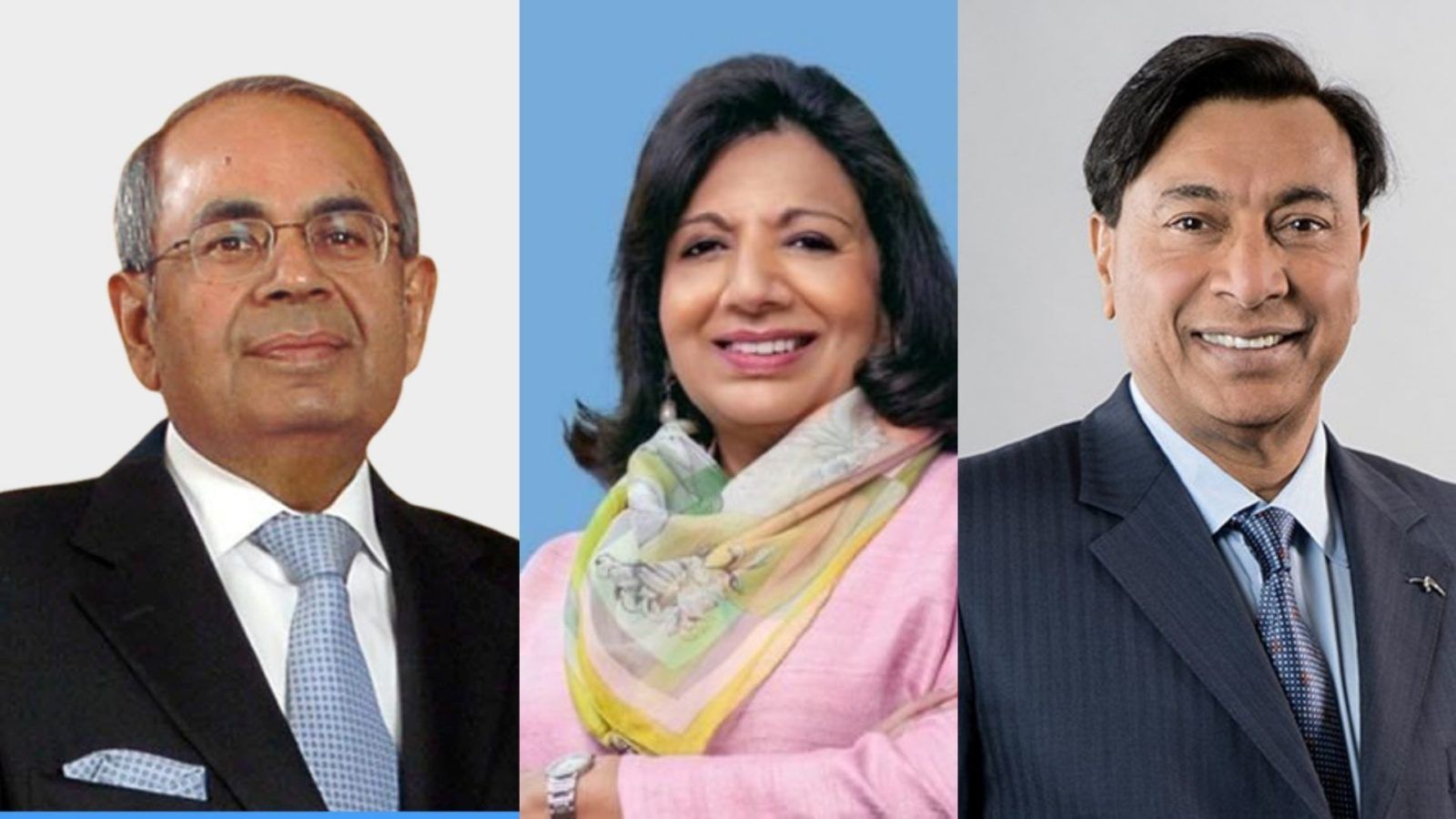 According to the recently-released Sunday Times Rich List, Indian-origin business tycoons Sri and Gopi Hinduja are the richest people in the UK. The list features 15 Indian-origin tycoons. Steel baron Lakshmi Niwas Mittal and Biocon founder Kiran Mazumdar Shaw have also made it to the list.

The annual Sunday Times Rich List has placed the Mumbai-based conglomerate Hinduja Group’s founders Sri and Gopi Hinduja as the wealthiest people in the UK. According to the list, the Hindujas have an estimated wealth of 28.472 billion pounds. The Hinduja brothers had received the third spot on the list last year. Their wealth saw a massive increase by 11 billion pounds, making them Britain’s wealthiest this year.

With an estimated wealth of 17 billion pounds, steel giant Lakshmi Niwas Mittal has bagged the sixth spot on the Sunday Times Rich List. Mittal is the Executive Chairman of ArcelorMittal, the world’s largest steelmaking company. Last year, the same list had placed him in the fifth position. Born in Sadulpur, Rajasthan, Mittal is also known for his dedication to social causes.

The Sunday Times Rich List 2022 has also featured Vedanta Group founder and chairperson Anil Agarwal. The billionaire has been placed in the 16th spot. His estimated wealth is 9.2 billion pounds. From a tiny scrap metal business to the London-headquartered Vedanta Resources, Agarwal has come a long way.

Next up on the list is Kiran Mazumdar Shaw, founder and executive chairperson of Biocon. Her wealth has been estimated to be around 2.5 billion pounds. She has received the 75th rank on the Sunday Times Rich List 2022. Last year, her rank was 56. The global business leader was also included in the recently-released Forbes Billionaires List, where she was ranked 913.

Dr Geeta Gupta-Fisker is the Chief Operating Officer and Chief Financial Officer of Fisker Inc. With a net worth of 1.20 billion pounds, Gupta-Fisker has been placed on the 149th spot on the Sunday Times Rich List 2022. She holds an experience of 20 years in the fields of technology and finance. Before she co-founded Fisker, she managed her family business and served as an investment advisor at the Alfred Mann Foundation.

Delhi shopping festival in 2023 set to be India’s biggest: Here are all the details