Home > Culture > Events > Who is Arooj Aftab? Get to know the first Pakistani woman to win a Grammy 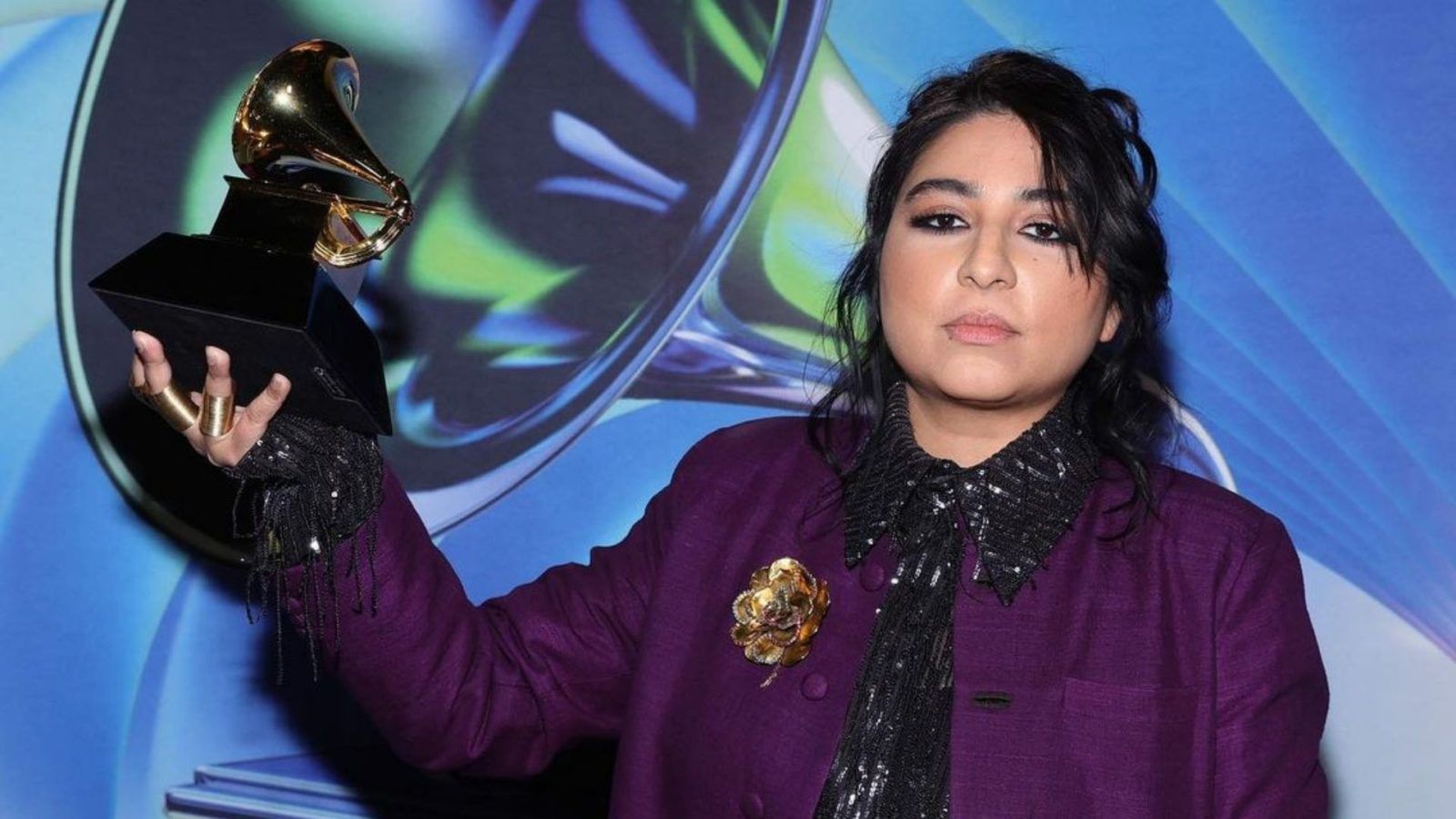 Who is Arooj Aftab? Get to know the first Pakistani woman to win a Grammy

Culture
Who is Arooj Aftab? Get to know the first Pakistani woman to win a Grammy
Share this article
Next article

Brooklyn-based vocalist and composer Arooj Aftab recently bagged a Grammy in the Best Global Music Performance category for her song Mohabbat. With this, she’s made history as the first-ever Pakistani woman to win the annual awards. Here’s what you need to know about her.

Pakistani vocalist Arooj Aftab scored her first win at the 2022 Grammy awards for her song “Mohabbat,” ahead of the likes of Femi Kuti, Wizkid, Burna Boy, and Angélique Kidjo. She was also nominated for the Best New Artist award, along with the winner and pop artist Olivia Rodrigo, country singer Jimmie Allen, and singer-songwriter Finneas. Aftab is known for merging Sufi poetry with notes of folk, jazz, and classical minimalism. Her winning record is a soulful, meditative nod to the experience of loving and letting go.

Arooj Aftab has performed at major venues in New York

Born on 11 March in Saudi Arabia, Aftab’s family, natives of Lahore, moved back to Pakistan when she was 10. Reportedly, in the 1990s and early 2000s, Aftab became one of the first indie musicians in Pakistan to use the internet to promote her craft, with two viral hits Hallelujah and Mera Pyaar, to her name. In 2005, she headed to the US to study jazz composition at the prestigious Berklee College of Music, Boston.

Since then she’s edited and scored films while producing and composing her own music. Her work is marked in the Student Academy-award winning Bittu (2021) and Emmy-winning documentary Armed With Faith (2017). Over the course of her career, Aftab has performed at a host of major New York venues, including Lincoln Centre and the Museum of Modern Art. She also opened for Mitski at The Brooklyn Steel in 2018, Firstpost reports. In 2021, she signed with Verve Records, which includes artists like Max Richter, Jon Batiste, Diana Krall, Ólafur Arnalds.

Aftab’s third studio album Vulture Prince was hailed for its soulful treatment of stories centred on people and relationships. Part of the lineup of tracks, Mohabbat, was selected by Barack Obama as one of his summer playlist favourites in 2021 and was crowned one of the best songs of the year by several publications. A report by Berklee College of Music quoted her saying, “My phone was completely blowing up and I was just getting a lot of text messages, and my Instagram was looking crazy, like hundreds of new followers and being tagged everywhere, and I was like ‘What is going on?”

She further added, “Obama is iconic and getting that recognition from him really does mean a lot. The fact that he put it on that list, with all those other different artists, made me feel really good about the fact that if you make something good you will be rewarded for it, or merit can get you far. It kind of reassured me that good music will still be recognized and heard whether it’s being super-represented or not.”

This year, the song, dedicated to her late brother, won her the Best Global Music Performance award at the Grammys. In the pre-gala ceremony, as per a report by Hindustan Times, she was quoted saying, “I am beyond thrilled.” She further added, “It feels great. I’ve been very nervous all day. And we’re off to a good start.” In her acceptance speech, she said, “ I feel like this category in and of itself has been so insane. Burna Boy, Wizkid, Femi Kuti, Angélique Kidjo—should this be called Best World Music Performance? I feel like it should be called yacht party category.”

She later praised the artists who were nominated alongside her for the Best New Artist Category, which went to Olivia Rodrigo and featured the likes of Saweetiie and The Kid Laroi, “We’re all so cool — the group itself is kind of like a win,” she said. A report by Economic Times further quoted her saying, “It is just so incredible. It is a proud moment for me and the music industry as well to have this type of limitless unapologetic inclusion. I think, all the nominees in the best new artist category are the 10 strong of us. It is just so beautiful, feels like a great day for music.”

Grammys Arooj Aftab Grammys 2022
Eshita Srinivas
Eshita spends her days writing, rewriting, and thinking of things to write about. In the little time she has left, she daydreams about going on a solo trip across Asia.
Travel Food Drink Entertainment
Sign up for our newsletters to have the latest stories delivered straight to your inbox every week.