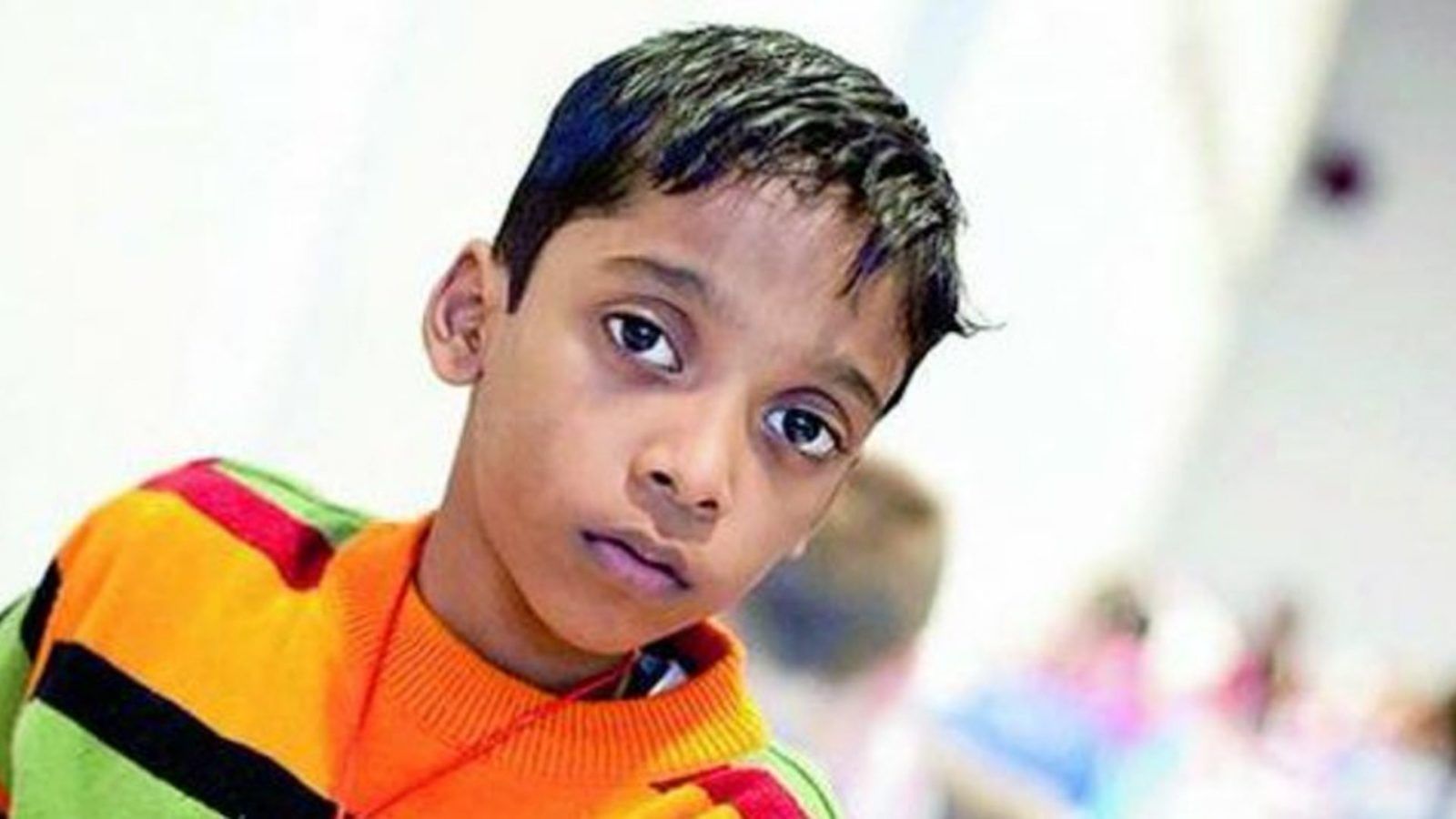 Culture
Know the champ: Who is India’s chess Grandmaster R Praggnanandhaa
Share this article
Next article

Little did World Chess Champion Magnus Carlsen know that one wrong move would cost him another defeat against Indian Grandmaster R Praggnanandhaa when he played his first move at the Chessable Masters online rapid chess tournament. The 16-year-old chess prodigy is making Indians proud by registering a second win of the season against the Norwegian Grandmaster. Let’s take a look at Praggnanandhaa’s glorious journey so far. 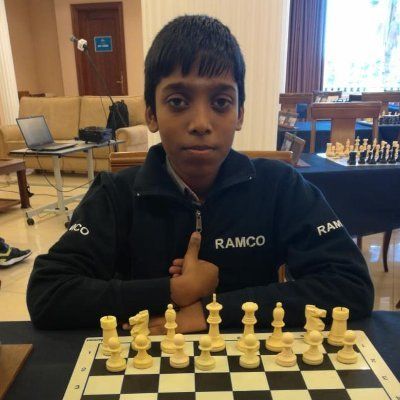 Praggnanandhaa hails from Padi, an industrial township in west Chennai. His father K Rameshbabu is a bank employee. He has travelled to more than 30 countries during his young chess career.

When the expression says it all!

The moment when the World Champion blundered and @rpragchess scored another win over Magnus Carlsen! This time at the Chessable Masters!

Praggnanandhaa is making headlines after he stunned Carlsen for the second time in three months on Friday. By defeating modern-day greats like Carlsen, Praggnanandhaa is leading India to the apex of chess-playing countries.

The making of a Grandmaster 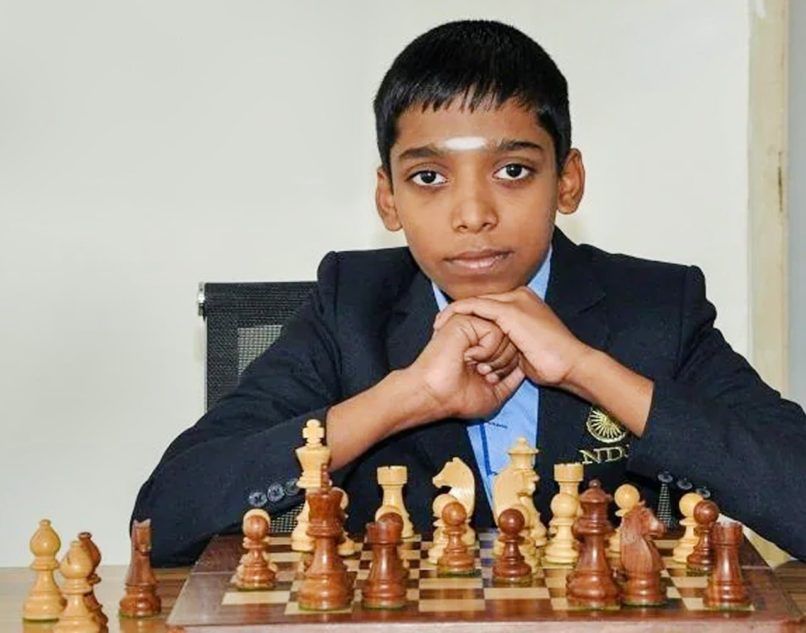 In 2018, Praggnandhaa became the second youngest Grandmaster in the history of chess at the tender age of 12 years, 10 months, and 13 days. Russian chess champion Sergey Karjakin still remains the youngest.

A Grandmaster in chess is a player who has won three norms and an Elo rating of 2500. For Praggnanandhaa, his first norm GM norm came during the World Junior U-20 Championships in Italy in 2017. The boy genius achieved the second norm at the Fischer Memorial GM Norm tournament in Greece in 2018. He won the tournament. And the third norm came when Praggnanandhaa made it to the final round at the Gredine Open in Italy in June 2018. But the road to the Grandmaster title wasn’t easy for the player.

Born on August 10th, 2005 in Chennai, Praggnanandhaa is the sibling of Vaishali Rameshbabu, an eminent Indian chess player. He bagged the World Youth Chess Championship Under-8 title in 2013 and was only seven when he achieved the title of FIDE Master after winning the tournament. The prodigy continued his winning streak in 2016 and became the youngest International Master when his age was 10 years, 10 months, and 19 days. 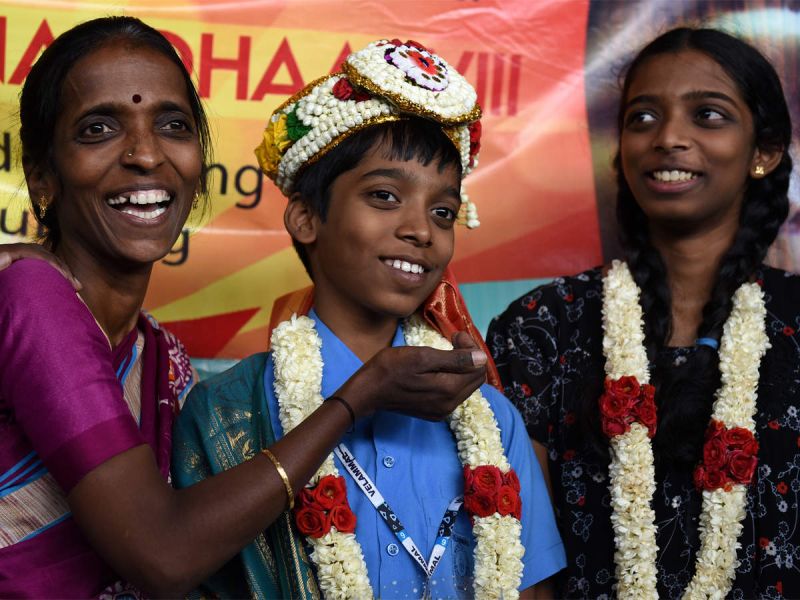 Praggnanandhaa defeated Wesley So in one of the matches at the Magistral de León Masters in Spain in 2018, which was seen as a big victory even though the other games ended in a tie and Praggnanandhaa lost the last game.

The same year, he tied for the third place alongside GM Alder Escobar Forero and IM Denys Shmelov in the Charlotte Chess Center’s Winter 2018 GM Norm Invitational in Charlotte, North Carolina. Praggnanandhaa was victorious at the Xtracon Chess Open in Denmark in July 2019. He continued the streak in October that year when he won the World Youth Championships in the Under-18 category. In December 2019, Praggnanandhaa became the second-youngest player to achieve a rating of 2600.

In 2021, Praggnanandhaa added another feather to his hat by winning the Polgar Challenge at the Julius Baer Challengers Chess Tour. His recent victories include his three-game win at the Tata Steel Chess Tournament 2022 and the big wins against Carlsen.

The teen is inspired by five-time world champion and India’s first Grandmaster, Viswanathan Anand. According to a report by ESPN, the chess player stays away from social media.

Chess R Praggnanandhaa Magnus Carlsen Indian grandmaster Who is R Praggnanandhaa
Karan Kaushik
Sign up for our newsletters to have the latest stories delivered straight to your inbox every week.