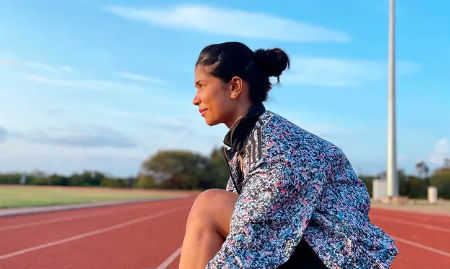 Who is Nikhat Zareen, the boxer who’s hailed as Mary Kom’s successor?

Culture
Who is Nikhat Zareen, the boxer who’s hailed as Mary Kom’s successor?
Share this article
Next article

Creating history at the Strandja Memorial Boxing Tournament in Bulgaria, Nikhat Zareen is the first-ever Indian boxer to have won two gold medals at the championship. This is just one of the many feathers Zareen has added to her cap. All set to be India’s official entry at the Olympics 2024, let us look at who is Nikhat Zareen and her achievements.

Who is Nikhat Zareen? 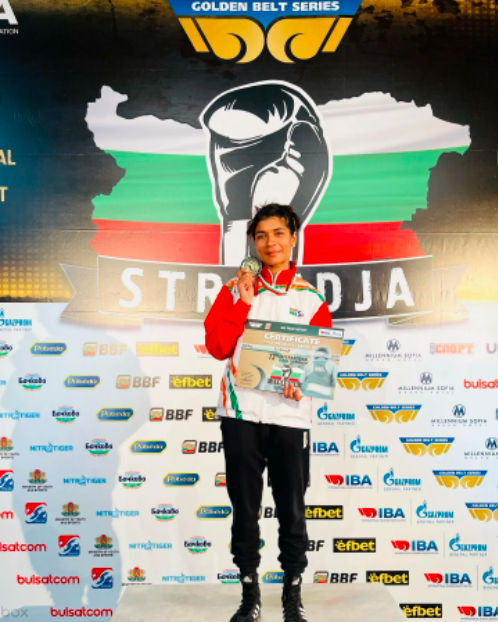 Born 14 June 1996, in Nizamabad, Telangana, Nikhat Zareen is an Indian boxer. She went to the Nirmala Hrudaya Girls High School in Nizamabad. The daughter of Md. Jameel Ahmed, a sports enthusiast, Zareen was introduced to boxing by her father and her uncle, Shamsuddin, who is also a boxing coach.

Zareen first started training at the age of 13 and later trained at the Sports Authority of India, Visakhapatnam, under the guidance of her Dronacharya awardee coach, I.V. Rao. Her passion, skills in the sport and hard work led her to her first-ever victory when she won a gold medal in the National Sub-Junior Meet in Erode in 2010 at the age of 14. This was just the beginning of her very successful career.

Culture
Who is Vedaant Madhavan, the 16-year-old swimmer to bag a gold medal for India?

Culture
Who is Arooj Aftab? Get to know the first Pakistani woman to win a Grammy

Why is Nikhat Zareen in the news?

Being hailed as the deserving successor of boxing legend Mary Kom, Nikhat Zareen is India’s official entry to the elite Women World Boxing Championship in Turkey. The event is supposed to be held from May 6 to May 21, 2022.

A total of 12 boxers, including Zareen and Tokyo 2020 bronze medalist Lovlina Borgohain, are supposed to be competing at this event. Die-hard fans of boxing know why this event is so important. For the uninitiated, this event serves as a litmus test ahead of the Commonwealth Games and the Asian Games, all of which are scheduled later this year.

Zareen is set to compete at the Asian Games later this year in the women’s 51kg category, for which she has been training along with the rest of the women’s boxing team at the SAI national centre of excellence IG Stadium, Delhi.

Culture
Who is Raj Subramaniam? Get to know US delivery giant FedEx’s President and CEO

Why has success not been easy for Nikhat Zareen?

The sad state of athletes in India is not new to us. But Zareen had to face other battles throughout her career. She had to compete in the same weight category as Indian boxing legend Mary Kom. This only meant that she had to spend a lot of time in the shadows, never fully getting the chance to showcase her talent.

When India sent its biggest Olympics contingent of nine boxers to the Tokyo Olympics in 2021, Zareen was left behind. She also lost a controversial Tokyo Olympics trials bout against Mary Kom. But the age cut-off at 40 means that Mary Kom, 39, will not be able to participate in the 2024 Olympics and has also decided not to compete in this year’s World Championships and Asian Games.

This gives Zareen a chance she had been waiting for, to turn the odds in her favour. She is leaving no stone unturned to secure her victory at these events.

Boxing World Championships Nikhat Zareen MC Mary Kom
Sreetama Basu
A self-proclaimed plant mom, Sreetama finds joy wherever she sees greenery. The list of other things that bring her joy is pretty long, but writing about them is her way of celebrating them. In love with little, inconsequential things, like neatly tucked-in bedsheets and big, significant things, like whole cheesecakes. She dreams of being a baker and writing about food someday.
Food Dining Entertainment
Sign up for our newsletters to have the latest stories delivered straight to your inbox every week.