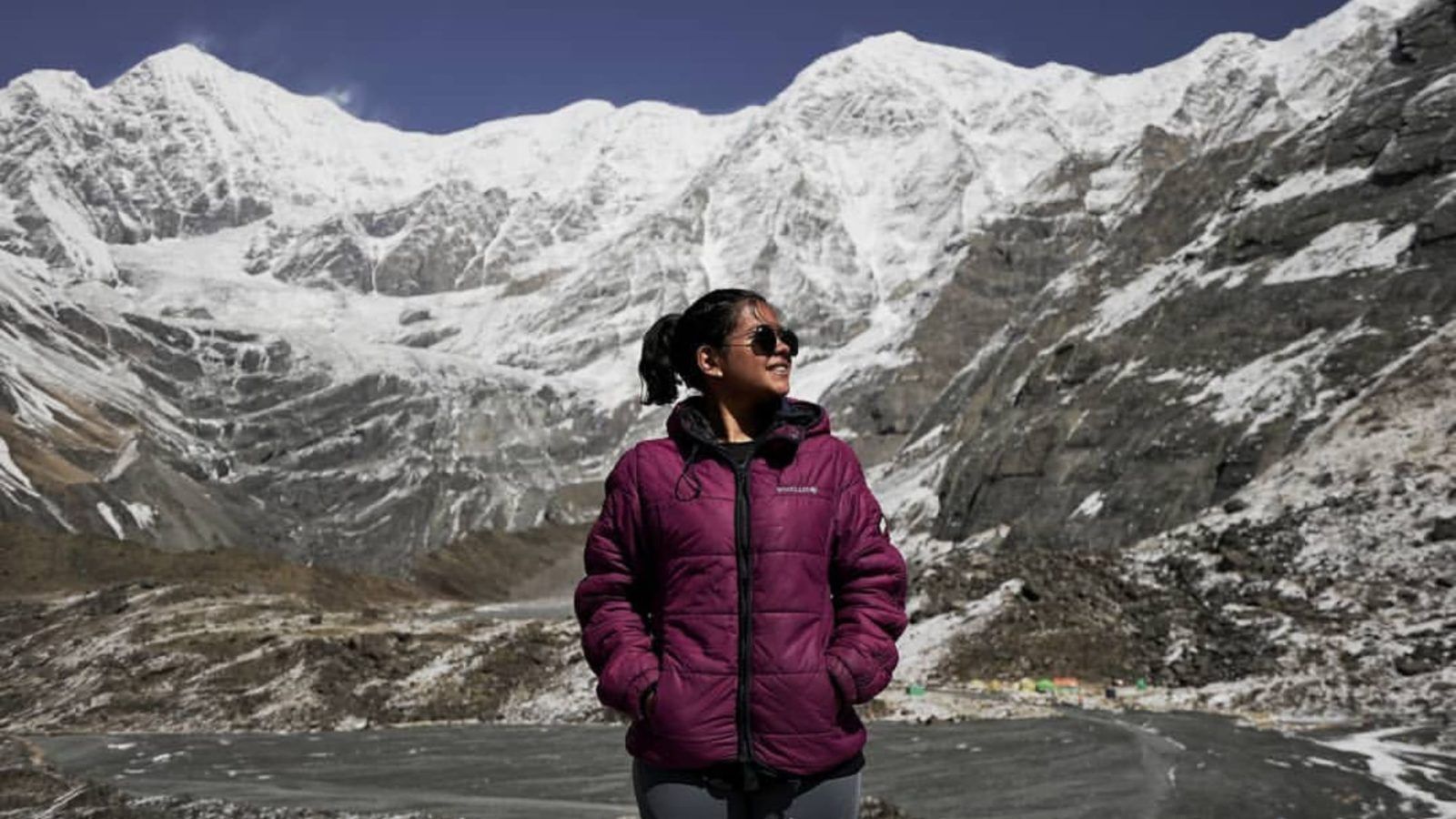 Who is Priyanka Mohite? Meet the first Indian woman to conquer five peaks above 8,000 metres

Culture
Who is Priyanka Mohite? Meet the first Indian woman to conquer five peaks above 8,000 metres
Share this article
Next article

From exploring hills as a teenager to being awarded the Tenzing Norgay Adventure award in 2020, Priyanka Mohite’s passion for mountaineering has led her to become one of the most revered adventurers in the country. The 30-year-old climber recently made headlines for conquering Mount Kanchenjunga, a feat that crowned her the first Indian woman to scale five peaks above 8,000 metres. Here’s what you need to know about her.

Priyanka Mohite, a Bengaluru-based climber, recently waved the national flag over the third highest mountain in the world. “Came through all the odds, hurdles, and made it to the peak,” she stated on Instagram, dedicating the feat to the frontline warriors of the pandemic. By scaling the 8,586 metres high mountain, Mohite became the first Indian woman to conquer five peaks above 8,000 metres, adding to her illustrious career that began with a passion for climbing.

Born on 30 November 1992, Mohite hails from the Satara district in Maharashtra, known popularly as the city of hills. Naturally, her tryst with mountaineering began early, with her exploring the Sahyadri range as a teenager. “When I was in class seven, I started trekking with a professional group,” she was quoted saying in an interview with SheThePeople. After class 12, Mohite took up a course in mountaineering from the Nehru Institute of Mountaineering in 2010 and completed an advanced course in 2012.

Her first climb saw Mohite scaling Mount Bandarpoonch in Uttarakhand, a massif that has three peaks and sits at a height of 6,200 metres. Reflecting on this in an interview with Sports Matik, she said, “My parents only gave me one chance because, in the mountains, it is all about acclimatisation, whether you are physically fit or mentally strong. Whatever the situation is, you need to acclimatise properly.” She further added, “So I tried my level best and reached 17,600 feet near to Gangotri Region. That was an excellent achievement for me.”

She then went on to climb Mount Menthosa (6,443 metres), the second-highest peak in Lahaul and Spiti of Himachal Pradesh. Her crowning achievement was her ascent of Mount Annapurna (8,901 metres) in 2021 which crowned her the first Indian woman to scale the peak.

However, she’d made headlines for her expeditions several times prior to this. In 2013, she was the youngest Maharashtrian and the third youngest Indian to summit Mount Everest (8,849 metres), the highest peak in the world. In 2019, she was named the first Indian woman to summit Mount Lhotse (8,516 metres). Mohite was also one of the few to climb Mount Makalu (8,485 metres) and Mount Kilimanjaro (5,898 metres).

Reflecting on the nature of her career, she stated in her interview with Sportsmatik, “Everything is challenging in the mountains, from packing your bag, tying your shoe, to waking up at 2 am. Climbing on ice with an ice axe is more challenging. There is no doubt that climbing is essential, but descending is more critical.” She further added, “After my summit, I always focus on my descend, and while doing it, I used to rappel very carefully because rappelling is all about the body balance. It’s even quite challenging to put the anchor on the rope while rappelling down. So I believe that everything in mountaineering is very challenging.”

Her achievements, combined with her recent summit of Mount Kanchenjunga, located in the eastern Himalayas on the border of Sikkim and Nepal, have given her the title of India’s first woman to conquer five peaks above 8,000 metres. Although Mohite aimed at conquering this peak in 2020, the outbreak of COVID-19 put a plug in her plans. She was also caught in a snowstorm in 2013 and the earthquake in Nepal in 2014 and had to navigate sponsorship complications and societal pressures to achieve the feat, as per a news report by Bangalore Mirror.

In a report by Times Now, she was quoted saying, “There are 14 8000m-plus height mountains in the world — seven in Nepal, two in China and five in Pakistan. In 2013, I climbed Mount Everest, at that time I decided that I would go for these tough 8000 metres mountains because there are very few mountaineers from India who have done this,” she said, further adding, “ Nowadays women are also climbing but very few of them are taking this challenge.”

Along the course of her mountaineering journey, Mohite has been awarded the Tenzing Norgay National Adventure Award as well as the Maharashtra Government’s Shiv Chhatrapati State Award for Adventure Sports. Currently, she works with Syngene International Limited, a research organisation by Biocon.

mountaineering Indian mountaineers Priyanka Mohite
Eshita Srinivas
Eshita spends her days writing, rewriting, and thinking of things to write about. In the little time she has left, she daydreams about going on a solo trip across Asia.
Travel Food Drink Entertainment
Sign up for our newsletters to have the latest stories delivered straight to your inbox every week.