Home > Culture > Events > Who is Rhythm Mamania? Get to know the 10-year old Indian who conquered Mount Everest Base Camp 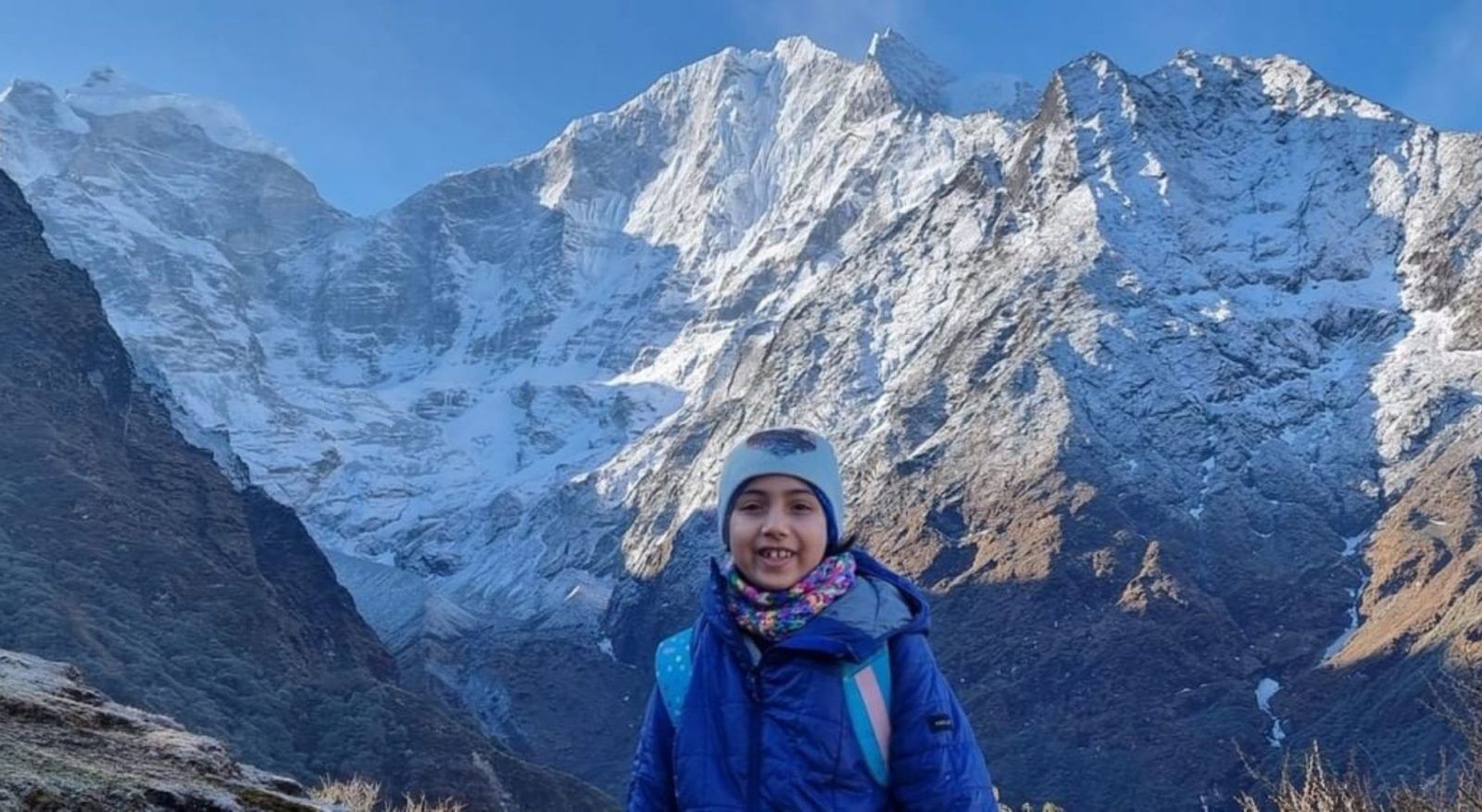 Who is Rhythm Mamania? Get to know the 10-year old Indian who conquered Mount Everest Base Camp

Culture
Who is Rhythm Mamania? Get to know the 10-year old Indian who conquered Mount Everest Base Camp
Share this article
Next article

Rhythm Mamania, a 10-year-old national-level skater, recently became one of the youngest Indians to summit the Everest Base Camp in the Himalayan ranges in Nepal. Her journey involved battling low oxygen levels and navigating extreme weather conditions. Here’s everything you need to know about the trailblazer.

Everest Base Camp, located at an altitude of 5,364 metres, recently bore witness to one of the youngest climbers to conquer its terrain. Rhythm Mamania, from Mumbai, took 11 days to complete her expedition to the tumultuous destination along with her parents. With no formal training or a coach, Mamania practised on her own to achieve this feat, setting a stellar example by picking up all her litter along the way as well. 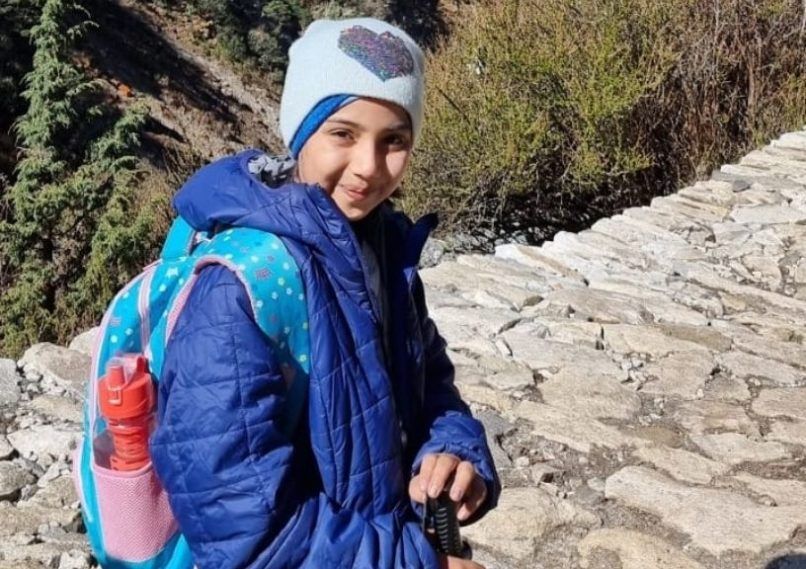 Culture
Who is Priyanka Mohite? Meet the first Indian woman to conquer five peaks above 8,000 metres

Her mother, Urmi, stated that the young girl’s love for mountaineering began at age five, which led to her first long trek at Dudhsagar where she conquered 21 kilometres, as per a report by Times Now. Since then, she’s summited several peaks close to home, in the Sahyadri mountain ranges. This includes Karnala, Lohagad, and Mahuli. The 11-day expedition to Mount Everest Base Camp by Satori Adventures, Nepal was a natural next step for the adventurer. 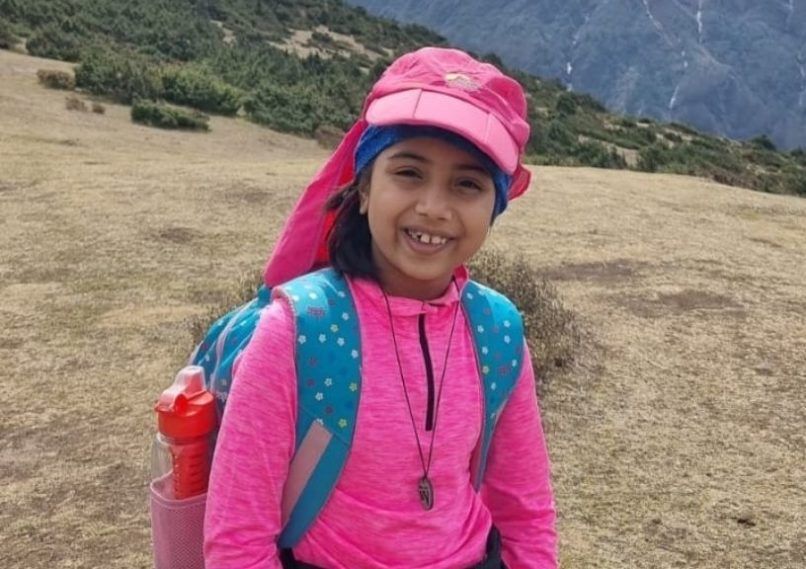 Over nine hours of brutal weather along with low oxygen, steep terrain, hailstorm, spells of nausea, and blistered feet, met Mamania along her journey. However, the trailblazer remained unfettered, being quoted in a news report by DNA as saying, “It was my aim to reach the EBC summit so I did not bother about the cold. I enjoy sports. Yes, the occasional hailstones were a novelty.” Her mother added, “Rhythm is a national level skater so her thigh muscles are strong. But it is her will and her moral conscience that is worth mentioning. She opted to climb down while others were engaging helicopter rides to descend.”

At around 1:00 pm on May 6, 11-days after she decided to head to the base camp, Mamania became one of the youngest to take in the sights of the mountainous region with her parents by her side. Rishi Bhandari of Satori Adventures, Nepal clarified this by stating, “I do not have a complete record of the age and nationality of all those who summit EBC. But most people from India, especially Mumbai and Maharashtra, go through my company, and Rhythm is certainly the youngest in this respect.”

10-year old national level artistic skater from Mumbai sets a record by climbing the #EverestBaseCamp. #RhythmMamania not only climbed the Everest Base Camp a goal set by most of the mountaineers but she also climbed down by covering a to and fro distance of about 128 km. pic.twitter.com/bOa1FJRXhp

He further added, “I was inspired to see that she did not complain despite being nauseous and tired by the arduous climb. Another elderly breathless trekker had to be airlifted out, but Rhythm was like a soldier who motivated others by her strength, fitness, energy and enthusiasm.” To get to this point, Mamania practised by running up and down a long flight of steps near Shastri Garden every day at 5:00 am, as per the report by Times Now.

To add to this, she decided to collect all her litter, ensuring it doesn’t take years to decompose in the mountains and, in turn, minimising her impact on the ecosystem of the region. She stated in a report by the Times of India, “Along with skating, trekking has always been my passion, but this trek taught me how important it is to be a responsible trekker and also solve the mountain waste management problem.”

Her feat also left her with several insights into life, which she shared by stating, “Skating ring or base camp summit, it’s the determination that gets you a long way.”

mountaineering Everest Base Camp Mountaineers in India Rhythm Mamania
Eshita Srinivas
Eshita spends her days writing, rewriting, and thinking of things to write about. In the little time she has left, she daydreams about going on a solo trip across Asia.
Travel Food Drink Entertainment
Sign up for our newsletters to have the latest stories delivered straight to your inbox every week.