Home > Culture > Events > Know the purpose of St. Patrick’s Day and the significance of the colour green 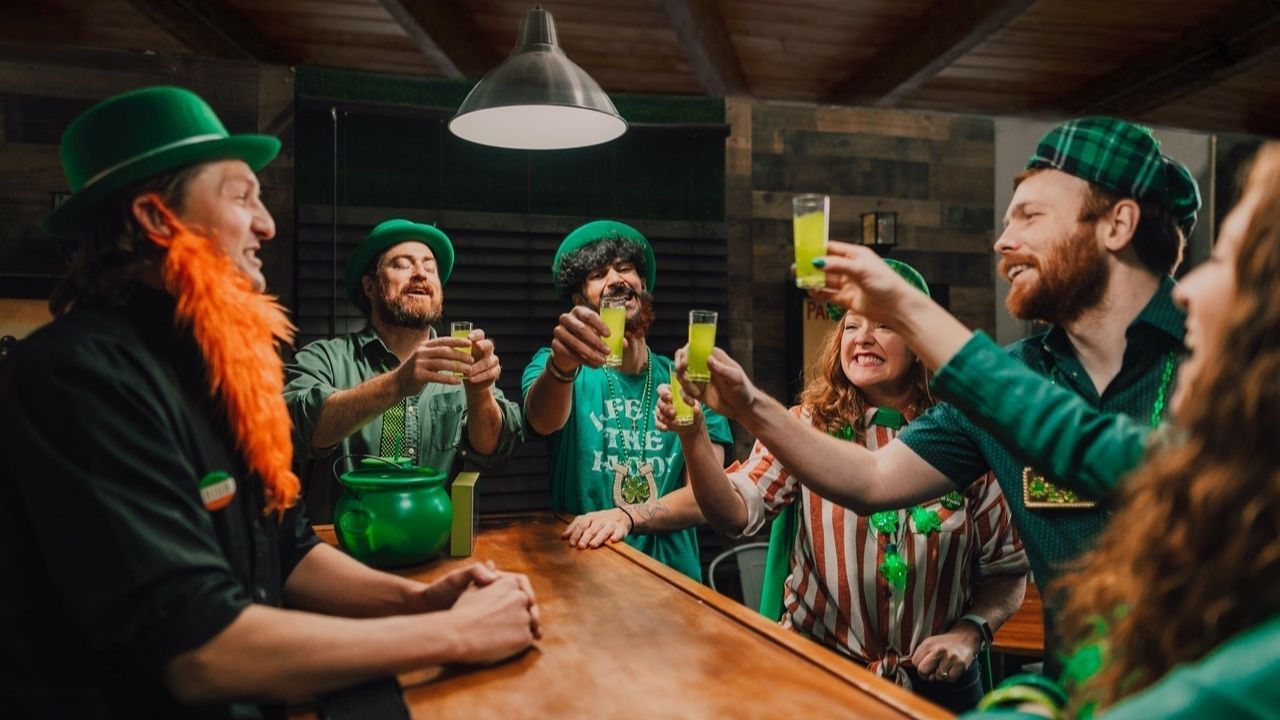 Know the purpose of St. Patrick’s Day and the significance of the colour green

Culture
Know the purpose of St. Patrick’s Day and the significance of the colour green
Share this article
Next article

Commemorated on 17 March every year, St Patrick’s Day is popularly known for its lively parades, green-themed parties, dancing, fun traditions and special foods and drinks. But have you ever wondered why people celebrate St. Patrick’s Day? Let’s take a look at the history of Ireland’s patron saint, St. Patrick and the namesake festival celebrating the arrival of Christianity in the country.

A fifth-century Christian missionary, Saint Patrick was born in Roman Britain in the late 4th century, before he was forcefully shipped to Ireland as a slave when he was just 16 years old. He found his faith while a group of Irish raiders held him prisoner. Saint Patrick escaped the shackles of subjugation, only to return to Ireland in 432 CE with the aim to propagate Christianity amongst the Irish people.

The patron saint instituted churches, monasteries, schools and other establishments in the country before he passed away on 17 March, 461 AD, etching that day in history forever.

There are many myths and legends associated with the revered Christian saint, such as the story about him chasing all the snakes out of Ireland or using a three-leaf clover or shamrock, to teach pagans about the Holy Trinity (the Father, the Son and the Holy Spirit), given the significance of the number three in 5th-century pagan Ireland.

Paganism is a term minted by fourth century Christians for people in the Roman Empire who practised ethnic religions or any religion which was not Christian. Pagans believe that nature is sacred, and the natural cycles observed in the world around us carry profound spiritual meaning.

As the 7th century came to an end, Saint Patrick became a historic figure and was deemed the patron saint of Ireland. Even though the festival was initially observed to honour the saint’s death anniversary, featuring religious feasts and services, it is now commonly viewed as an overall secular celebration of Irish culture, heritage and traditions around the world.

Owing to the influence of Irish immigrants, the festival is predominantly celebrated throughout the United States, Canada and Australia and even in countries like Japan, Singapore and Russia.

What began as an unassuming feast day in the memory of Saint Patrick in 1631, was eventually turned by people into a reason to celebrate and let loose since it arrived right in the middle of Lent. Lent is a 40-day-long period prefacing Easter in the Christian religion, during which people vow to practise abstinence from the things they love, as part of the tradition. St Patrick’s Day officially became a public holiday in Ireland in 1904.

How is St. Patrick’s Day celebrated?

First seen in Boston and New York in the 1700s, the Saint Patrick’s Day parades and festivities, initiated by Irish Americans, began making regular appearances in several cities in the US, as more people of Irish descent started immigrating to the country.

Imported from the Irish diaspora, well-known celebrations, including sporting green clothing, drinking green beer, thronging the streets to participate in the famed St Patrick’s Day parades or even dyeing the Chicago River in Illinois green, began cropping up in North America in the 1900s.

Why is the colour green associated with St. Patrick’s Day?

Before the St Patrick’s Day festivities became synonymous with all things green, the colour blue was linked to the patron saint’s day. When the self-proclaimed king of Ireland, Henry the VIII, waved his blue-coloured flag in the 1500s, blue automatically became a representation of Ireland.

However, that changed when green was highlighted in the flag during the Great Irish Rebellion against the British in 1641. The colour Green started to assume a position of national importance and pride for the people of Ireland.

Eventually, donning green clothes on St Patrick’s Day became a rage in the US in the 1800s. It was used as a symbol by Irish-Americans to pay tribute to their culture and heritage, a tradition that stayed put after all these years.

Additionally, owing to the religious history behind the green-coloured shamrock, which went on to become the national symbol of Ireland, people began associating the colour green with St Patrick’s Day from the 18th century.

Green further cemented its position as the reigning colour of the holiday because of Ireland’s lush green landscapes, rolling hills and vales of green, also earning the country the beloved nickname ‘Emerald Isle’.

Another famous legend responsible for introducing green in the St. Patrick’s Day celebrations is that of the leprechauns 一 the mythical supernatural beings in Irish folklore, who are unable to see the colour green.

According to Irish traditions, to save yourself from the pinches of a leprechaun, it is essential to wear green clothes. It is also believed by many that green has the ability to attract good luck.

Green Celebration St. Patrick's Day St Patricks
Eesha Kulkarni
Eesha is a passionate digital nomad with a master’s degree in architecture and industrial design from Politecnico di Milano, Italy. A jack of all trades who enjoys writing art, architecture, travel and lifestyle features, she is found petting dogs, taking walks in nature and sniffing books in her free time.
Entertainment Culture Travel Lifestyle
Sign up for our newsletters to have the latest stories delivered straight to your inbox every week.