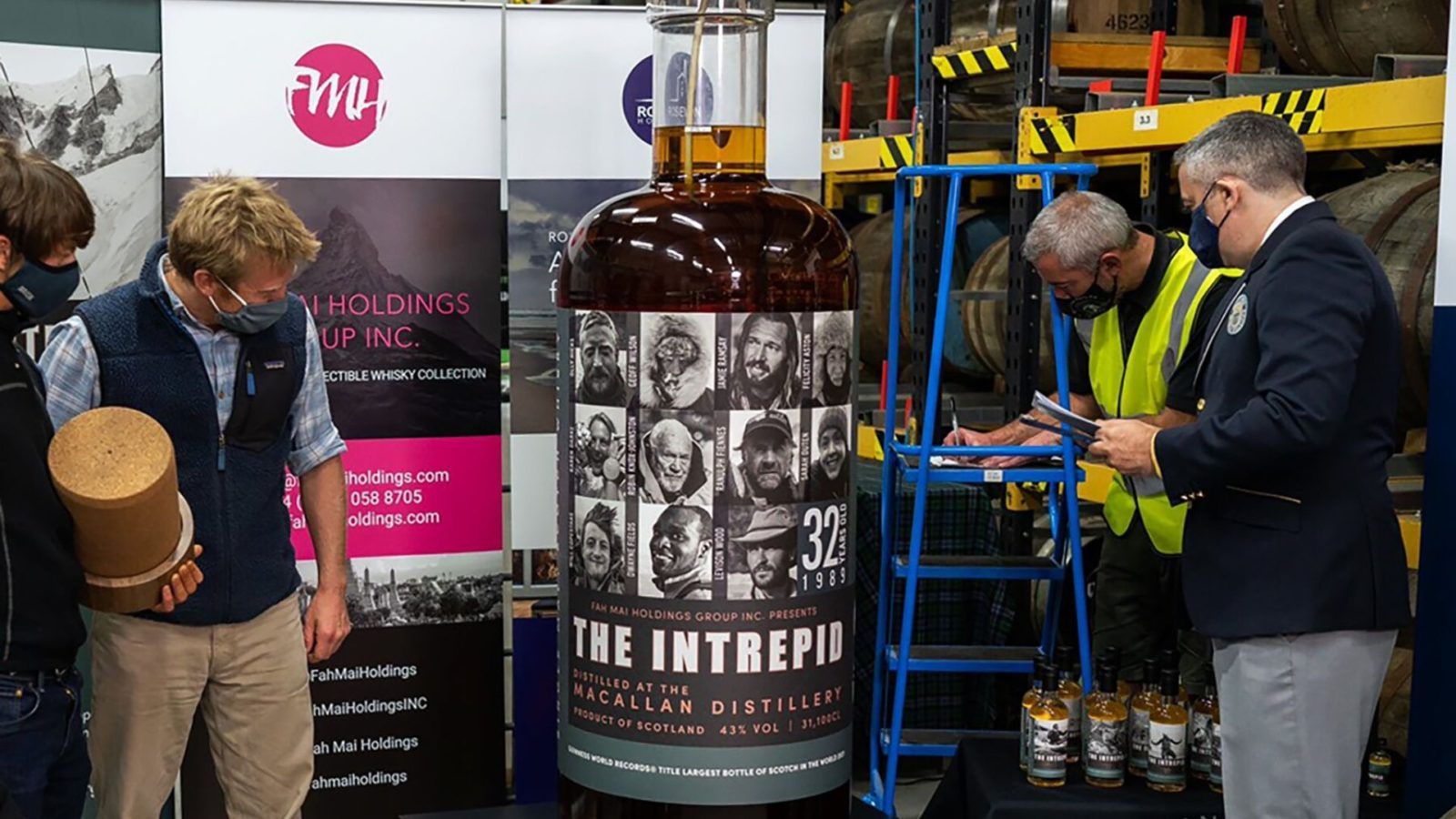 Question: Setting aside the hassles of storage, would you rather have one bottle of Scotch or 444 bottles of Scotch? A savvy whisky drinker would probably say, “Depends on the Scotches.” So what if they are all from The Macallan? That could even be the playing field, but cheap bottles of Macallan go for under USD 100 (INR 7,770) while other bottles sell for over USD 1 million (INR 7,77,07,500). So what kind of Macallan are we talking about? Well, what if the 444 bottles are 32-year-old Macallan? That much Scotch could never be worth less than a single bottle, right?

Recently, the auction block spoke, and despite boasts to the contrary, a one-of-a-kind, 311-litre bottle — the largest on record — filled with 444 bottles’ worth of 32-year-old Macallan failed to break the record for the most expensive bottle of whiskey ever sold, which is still held by a single 700-millilitre bottle.

Granted, the bottle itself is only somewhat to blame. Though whiskey auctions still command plenty of fervour and continue to break records, the economy certainly isn’t what it was in 2019. That said, The Intrepid is an independent bottling (as opposed to a Macallan bottling) of arguably less coveted whisky. And in falling short of the record, the companies behind the bottle — investment firm Fah Mai Holdings Group, alternative assets firm Rosewin Holdings, and independent bottler Duncan Taylor Scotch Whisky — have only themselves to blame for any disappointment since they were the ones who said the record was in their sights.

How The Intrepid project came into existence?

Still, everyone stayed upbeat, despite the Guinness World Record holder for “Largest Bottle of Scotch” failing to snag a second record. “For me and the whole team, The Intrepid project has always been about more than money,” stated Daniel Monk, of both Fah Mai and Rosewin, who founded the project. “This is a passion project to celebrate the life of my late father, Captain Stanley Monk who was himself an explorer and achieved many amazing things during his life.”

Additionally, the project supported a number of charities selected by the explorers involved, including Marie Curie, selected by Sir Ranulph Fiennes, and Campaign Against Living Miserably (CALM), chosen by Jamie Ramsay.

“The Intrepid project has been an adventure from the start,” Monk continued. “I wanted to do something positive over lockdown and the whole team has worked extremely hard with me to make it happen. I started contacting explorers during lockdown to get them on board and found people who could make and fill the largest bottle of Scotch whisky and together we have achieved the dream.”

Drinks Scotch Whisky Scotch Alcohol trends
Mike Pomranz
Scotch Whisky
Sign up for our newsletters to have the latest stories delivered straight to your inbox every week.