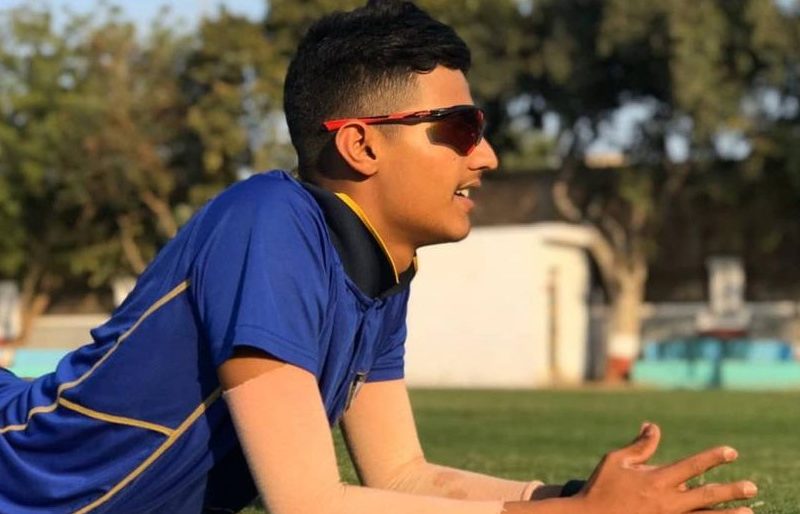 Who is Yash Dhull, Indian skipper for U19 Cricket World Cup 2022?

Culture
Who is Yash Dhull, Indian skipper for U19 Cricket World Cup 2022?
Share this article
Next article

For everyone out there who religiously follows cricket, Yash Dhull from the U-19 team is not really a new name. And for those who don’t, we are here with everything you need to know about Yash Dhull.

Yash Dhull will be leading Team India in the 2022 under-19 Men’s Cricket World Cup, to be held in the West Indies from January 14 to February 5, 2022, across four host countries. He was one of the leading run-scorers in the Vinoo Mankad Trophy held in September-October 2021, so this announcement does not come as a surprise.

Who is Yash Dhull?

For Yash, the role of the skipper is not new since he has experience leading Delhi’s U-16 and U-19 teams in tournaments before. He will also be leading the team in the 2021 ACC U-19 Asia Cup, as announced by BCCI earlier. With the U-19 World Cup captaincy announcement, Yash will be joining the premier league of names like Virat Kohli, Rahul Dravid, Ravi Shastri, and Prithvi Shaw, who had previously led India in U-19 World Cups.

Hailing from Janakpuri, Delhi, Yash Dhull is a right-handed middle-order batter who has been gaining momentum with his consistently high-intensity batting performances.

Coming from a middle-class background, Yash’s family had to make sacrifices to support his dream of becoming a cricketer. His father, who worked as an executive with a cosmetic brand, had to give up his job to help Yash achieve his goals and train him better.

In an interview with Times of India, Dhull’s father opened up about how he would go beyond his means to give Yash the platform he has today. “I had to ensure he got the best kit and gear to play from an early age. I gave him the best of English willow bats. He didn’t have just one bat as I kept upgrading them. We had cut down on our expenses. My father was an army man. The pension that he received was used to run the household. Yash would always wonder how we were managing it.”

Culture
Who is Sruthy Sithara, the 25-year-old winner of Miss Trans Global 2021?

How did Yash Dhull start training for professional cricket?

It was back in 2008, when Yash was six years old that the older boys of his neighbourhood in Janakpuri did not let him hold the bat. Yash was so determined to play that he used his feet instead to ‘bat’. His mother, who witnessed this incident from her balcony, saw the determination and passion in her kid. So she took him to coach Pardeep Kochar the next day, and the rest is history.

Speaking to IANS about his mother’s role in his professional career, Yash said, “My mother used to take me to the academy (Airliner cricket academy). She believed in me, and my family then backed me. So, credit goes to them. Also, my coaches Pradeep Kochar sir and Rajesh Nagar sir (of Bal Bhavan International School’s academy ground) provided me with cricketing knowledge and guided me well.”

Cricketers Indian Cricketers Yash Dhull Cricket World Cup
Sreetama Basu
A self-proclaimed plant mom, Sreetama finds joy wherever she sees greenery. The list of other things that bring her joy is pretty long, but writing about them is her way of celebrating them. In love with little, inconsequential things, like neatly tucked-in bedsheets and big, significant things, like whole cheesecakes. She dreams of being a baker and writing about food someday.
Movies Entertainment Food Dining Culture