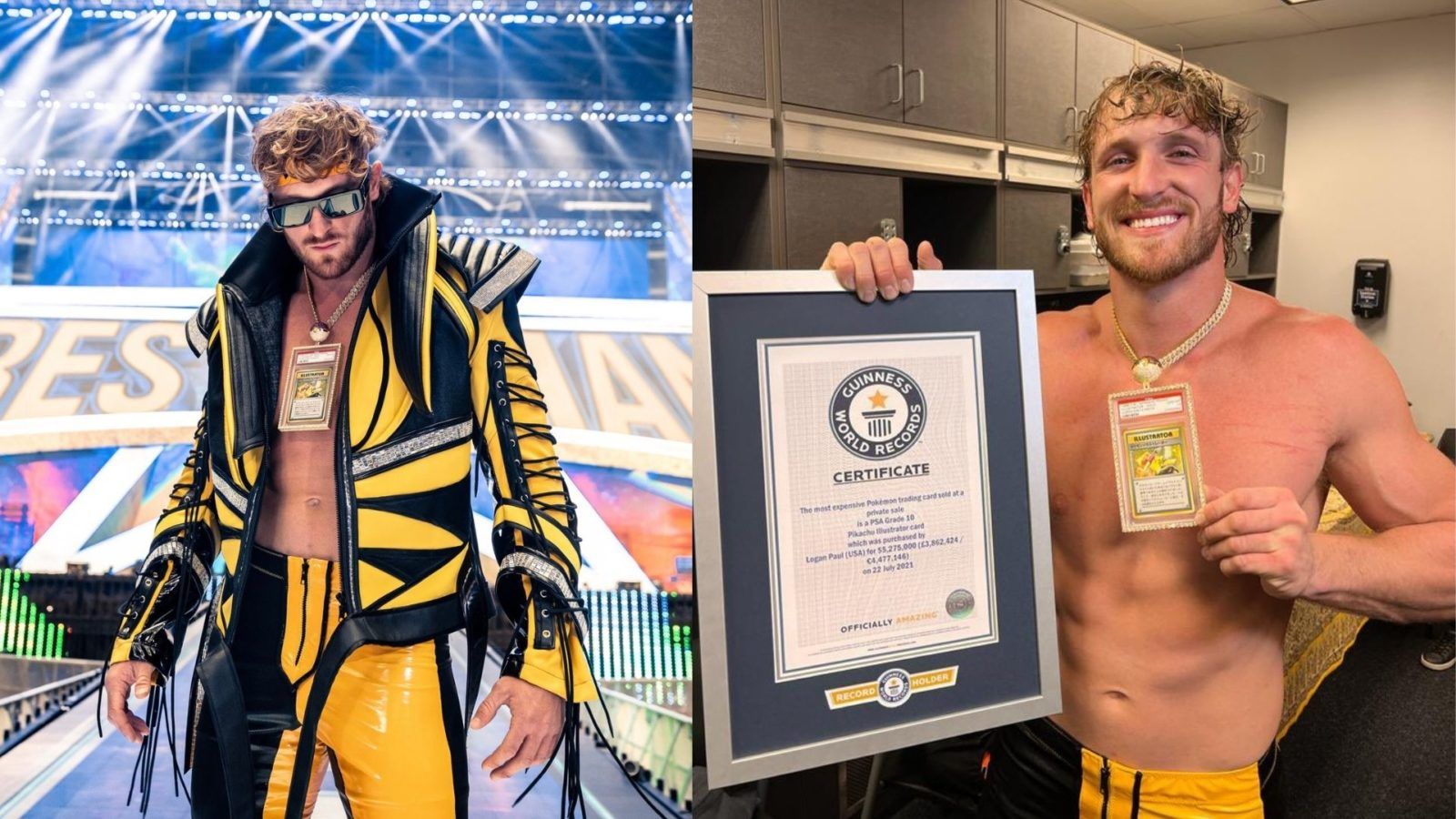 It was an exciting day for YouTuber Logan Paul on Saturday as the social media star not only made it to the Guinness World Records book but also fulfilled his wish to appear on WWE WrestleMania. Paul is making headlines with his expensive Pokémon card.

The YouTuber had purchased a PSA Grade 10 Pikachu Illustrator card in Dubai in July 2021. The purchase was done for a record-breaking $5,275,000. Now, the Guinness World Records has granted Paul a certificate stating that it was the most-expensive Pokémon trading card sold at a private sale.

The Pikachu Illustrator is considered to be one of the rarest and most highly coveted Pokémon cards in the world.

His PSA 10 Pikachu Illustrator is the most expensive Pokémon card sold in a private auction – $5,275,000

According to Paul, only 39 such cards were given out to Illustration contest winners in 1998. The card for which Paul has bagged the Guinness World Record was the only such card in the world that was graded a perfect 10.

Paul went a step ahead and decided to flaunt his priced possession to the world. The YouTuber made a grand entry at the WWE Wrestlemania 38 in Arlington, Texas. His wrestling debut was marked by an interesting match between Paul and his partner The Miz against Rey and Dominik Mysterio.

.@LoganPaul wearing the most expensive @Pokemon card in the world right now at #WrestleMania! 🤑🤑🤑 pic.twitter.com/ZnCTZD8ln9

The huge Pokémon trading card could be seen hanging from Paul’s neck as he entered the WWE WrestleMania arena with The Miz. Both of them adorned the same yellow and black costume as they geared up for their epic fight with The Mysterios.

Paul showed some impressive fighting moves during his encounter with The Mysterios. From hitting a running power slam to a neck breaker to an impressive split, Paul enthralled his fans with his wrestling moves. Paul and The Miz won the fight.

The social media star had undergone a “three-day transformation” for his WWE debut. A day before his epic fight, he took to his social media accounts to share that he maintained a regiment of 100 push-ups and 100 sit-ups every day for three days in a row to prepare for his match.

After the match, representatives from the Guinness World Records presented an official certificate to Paul for owning the most expensive Pokémon trading card sold at a private sale.

“I applied for so many records and the fact that I finally got one after my first [WWE] win ever? I come back to the locker room and I get a second win right away?” the Guinness World Records quoted Paul as saying. 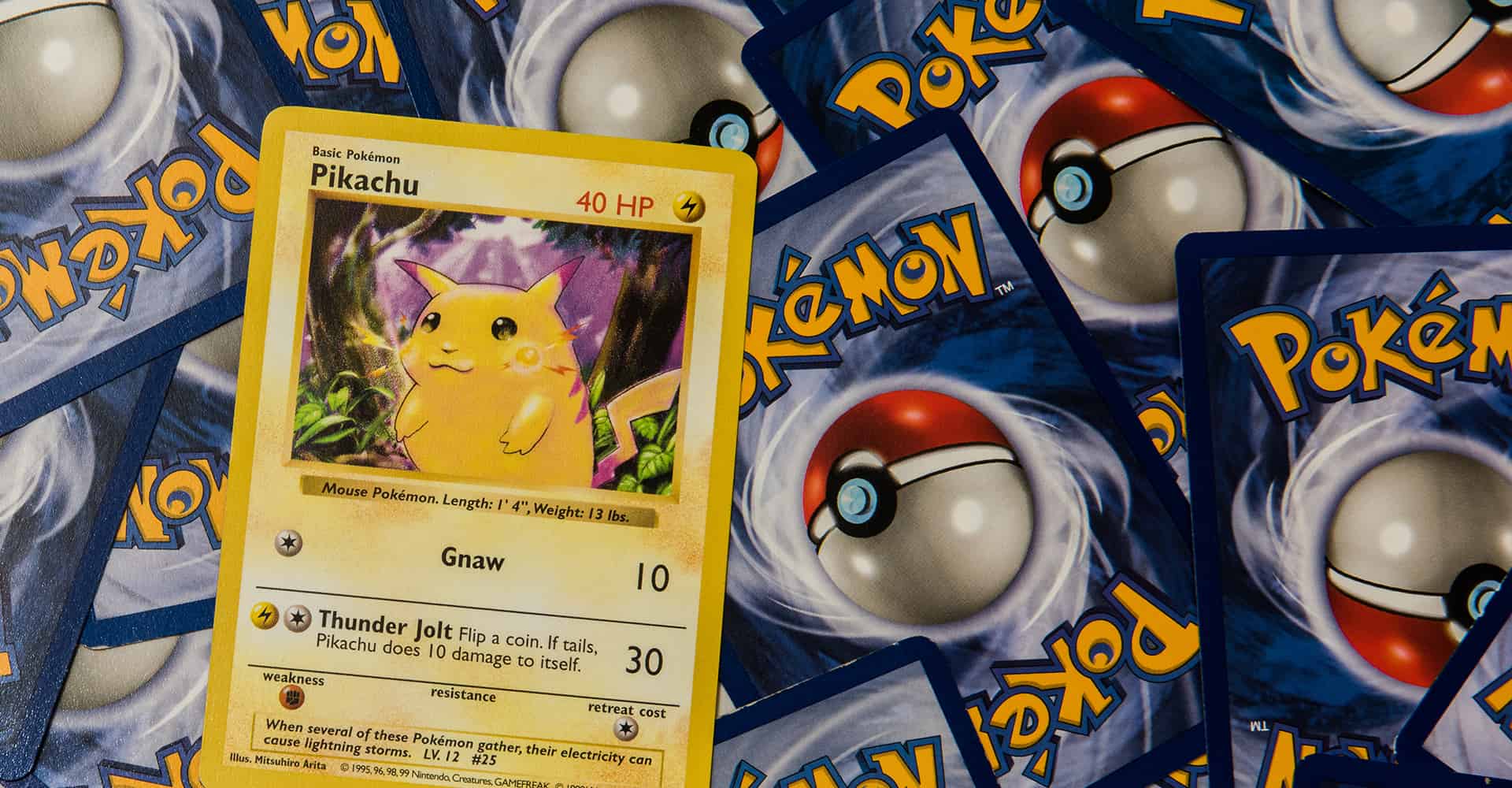 If you are a kid of the 90s, you’ll likely remember that children across the globe had a singular domestic obsession: Collecting Pokémon cards. Pokémon is the highest-grossing media franchise of all time at an estimated US$92 billion.

Pokémon cards may have started as childhood collectibles, but today, they are not just collector’s items but investments as well. These cards have been sparking investor interest for a while now. There’s been a recent boom in sports cards trading, highlighting their nostalgic value and rarity in today’s time.