Home > Culture > What is heteronormativity and how does it (negatively) impact your everyday lives? 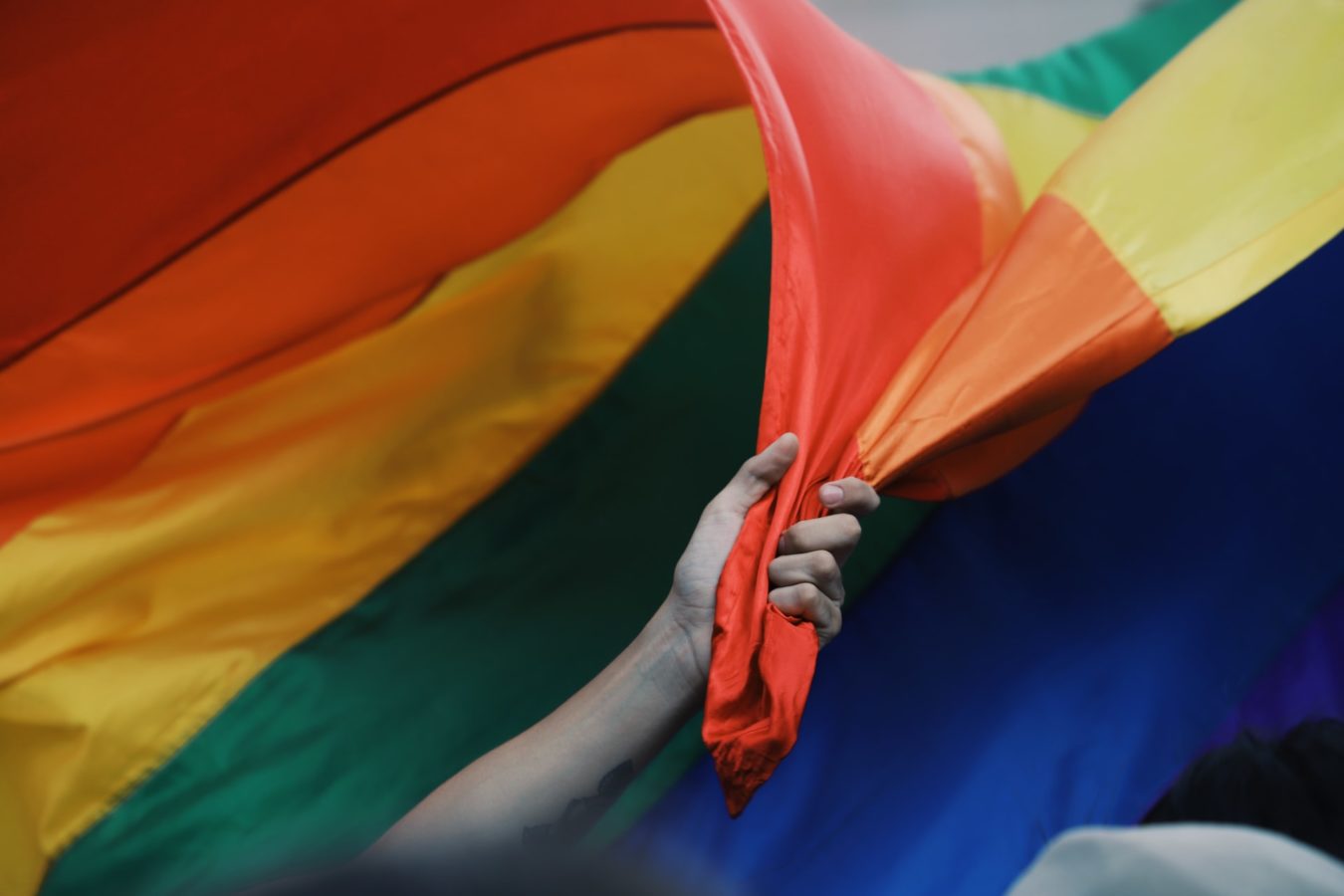 What is heteronormativity and how does it (negatively) impact your everyday lives?

Culture
What is heteronormativity and how does it (negatively) impact your everyday lives?
Share this article
Next article

Maybe you recently decided to gift your social feeds the presence of LGBTQ+ activists and influencers. Or maybe you’re doing your part to be an informed LGBTQ+ ally. Whatever the reason — and no matter your sexuality or gender — odds are you’ve stumbled onto certain words that make you feel like you need a goddamn gender and sexuality PhD to understand. And one of those words is heteronormativity.

That’s why we put together this heteronormativity 101 explainer. Read on to learn the official definition of heteronormativity, as well as where it came from, and how it (negatively) impacts the day-to-day lives of so many people.

At its most distilled, heteronormativity is the pervasive assumption that every single person is heterosexual, cisgender, and allosexual unless otherwise stated.

Confused already? Here’s what each of those terms means.

“[Heteronormativity] names the belief that being straight and cisgender [and allosexual] are the only normal and natural expressions of sexuality and gender,” and that everything else is deviant, explains Jesse Kahn, LCSW, CST, director and sex therapist at The Gender & Sexuality Therapy Center in NYC.

Queer theorists Michael Warner and Lauren Berlant coined the term in 1988 in their iconic queer theory text, Sex In Public, to put a name to the ways this assumption privileges people who actually are straight (and cisgender and allosexual) while disenfranchising anyone who is not. “By heteronormativity, we mean the institutions, structures of understanding, and practical orientations that make heterosexuality seem not only coherent…but privileged,” they wrote. “Its privilege can take several (sometimes contradictory) forms.” More on those forms below.

Heteronormativity is inescapable. It’s folded into everything from who’s cast as the love interests in romantic comedies to the fact that people are still having gender reveal parties and the belief that you can discern someone’s gender and pronouns just by looking at them (you can’t!). It also fuels assumptions such as the idea that bisexuality is a phase and the expectation that someone is dating someone of a different gender from their own when they say they have a partner.

It regulates who dates who, who screws who, how people express their gender, how people dress, and how they express their sexuality, says queer sex educator and sex science researcher Eva Bloom, creator of the F*ck the Patriarchy, F*ck Yourself self-pleasure course for non-men. And through the baked-in assumption that there are just two genders (man and woman), “it also erases non-binary people, transgender people, and any other gender-expansive people,” they say. It also inherently relies on the idea that biological sex is binary — meaning that someone is born either male or female — which is scientifically untrue, and thus erases the existence of intersex people, adds Bloom.

Where did heteronormativity originate?

The short answer: We, as humans, created it. Mainly, through language.

Humans have been having sex with people all across the gender spectrum forever, says Bloom. But Western society didn’t begin associating identity labels with certain sex acts until the 1920s and 1930s, when the terms “heterosexual” and “homosexual” — which were previously used as medical markers for “excessive” attraction to the opposite or same sex, respectively — underwent a linguistic makeover, according to OutHistory.org, an LGBTQ+ history website created by Jonathan Ned Katz, author of Gay American History: Lesbians and Gay Men in the USA. The terms made their debut in the Merriam-Webster dictionary in 1923 with definitions in line with their medical roots, but in 1934, both terms got an update. “Homosexuality is the eroticism for one of the same sex,” read one of the entries. “Heterosexuality is a manifestation of sexual passion for one of the opposite sex; normal sexuality,” read the second. And with these, came the attachment of normalcy to heterosexuality and abnormalcy to homosexuality.

So, while the hetero/homo binary — and therefore heterosexism — may seem like an indestructible constant, it’s actually a nasty side effect of a dictionary entry. (For a full breakdown on the history of “heterosexuality,” check out the BBC article The Invention of Heterosexuality by Brandon Ambrosino.)

The harmfulness of heteronormativity cannot be overstated

The material, physical, mental, and emotional consequences that LGBTQ+ individuals face at the hands of heteronormativity are very real. In an explicit and implicit way, “heteronormativity says anyone who is not heterosexual and/or cisgender and/or allosexual is strange, abnormal, deviant, and unnatural,” explains Kahn. This opens up opportunities for LGBTQ+ people to be discriminated against, rejected, and enacted violence on, he says.

“The stats about the violence, rejection, and discrimination that LGBTQ people face match this experience,” he says. One 2020 report by the Williams Institute at the UCLA School of Law shows that, overall, LGBTQ+ people are nearly four times more likely than non-LGBTQ+ to be victims of violent crimes, including aggravated assault, sexual assault, rape, and violent victimisation. The pervasiveness of these occurrences, which disproportionately target trans women of colour, create a dynamic in which LGBTQ+ people need to be hypervigilant of any potential harms, sending their central nervous systems into a near-constant state of fight-or-flight in the process, and exacerbating symptoms of anxiety. That’s just one potential reason why lesbian, gay, and bisexual adults are more than twice as likely as heterosexual adults to experience a mental health condition, according to the National Alliance On Mental Illness; meanwhile, transgender individuals are nearly four times as likely as cisgender individuals to experience a mental health condition.

These injustices don’t even take a break in the workplace or doctors offices: 25 percent of LGBTQ+ people report workplace discrimination, according to the National LGBTQ Workers Center, while 56 percent of LGB individuals and 70 percent of transgender individuals report being been discriminated against at some point in their life in medical settings. The result of these discriminations ranges from lack of job security and financial stability to worsened health outcomes.

Wait, so what is homonormativity?

If you’ve heard the term “heteronormativity,” you may have also heard the term “homonormativity,” and while the two terms may sound similar, they operate very differently. Put simply, homonormativity names the phenomenon of LGBTQ+ individuals shaping their relationships to mirror the family structures, dress codes, and gender roles modelled by cisgender heterosexual folks. Not a harmless game of copy-cat, however, homonormativity distracts from actual queer liberation, which involves fighting for the rights of the most disenfranchised people, namely Black trans femmes. Many people say homonormativity is the reason, for example, that same-sex marriage was a legal priority for the LGBTQ+ activists rather than anti-discrimination laws.

Here’s the thing: Homonormativity is an important phenomenon for LGBTQ+ people to be aware of in order to hold themselves accountable for their most disenfranchised community members. But as Michael Warner and Lauren Berlant made note of in Sex In Public, “because homosexuality can never have the invisible, tactic, society-founding rightness that heterosexuality has, it [is not] possible to speak of homonormativity in the same sense [that we talk about heteronormativity].” In other words, while the consequences of homonormativity are, indeed, very real, heteronormativity is the first line of action.

How to destabilise heteronormativity

That said, kudos to you for wanting to dismantle heteronormativity in order to help make the lives of gender and sexual minorities more livable and joy-filled. Because, yes, there are absolutely steps you can take in your life to create a more equitable world.

The first is to become aware of the existence of heteronormativity, which by reading this you have already conquered. The next is to use this new awareness to interrogate your own thoughts, prejudices, and assumptions around sex, sexuality, and gender, as well as how those prejudices shape the world around you, according to The Rainbow Resource Centre, a non-profit that serves the LGBTQ+ community in Ontario, Canada.

Some questions to ask yourself:

Ideally, you’ll be able to use the answers to the above questions to make impactful changes. At the very least, says Kahn, “these changes should include shifting away from heteronormativity including offering pronouns, using gender-neutral language (such as for partners and spouses), learning about and from LGBTQ+ people and experiences, and unlearning microaggressive language (like “preferred” pronouns, “real” name, and “regular” or “normal” as synonyms for heterosexual or cisgender).”