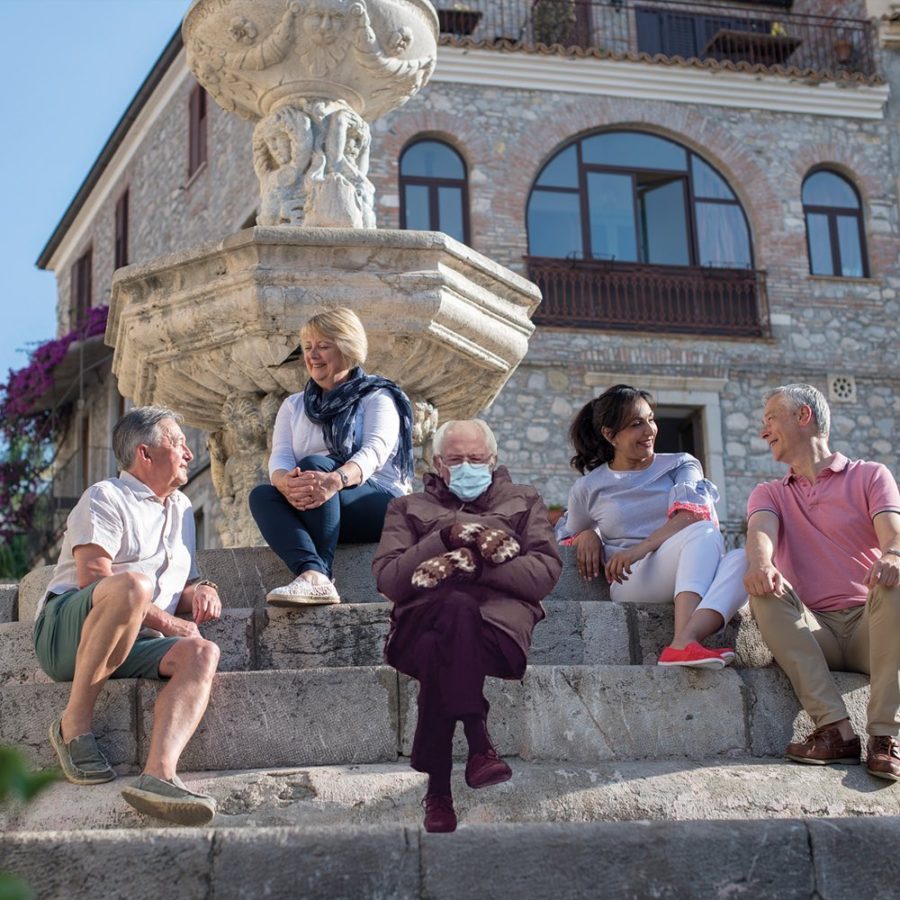 Jennifer Ellis has never met Bernie Sanders but she is enjoying a taste of his celebrity as the woman behind the mittens that gave the Vermont senator his viral moment at President Joe Biden’s inauguration.

Ellis, a 42-year-old elementary school teacher, lived a quiet life in the Vermont town of Essex Junction — until Wednesday. She was teaching a class online like any other day, as Biden was being sworn in when her phone started pinging with texts. The messages were all the same, Ellis told AFP via a video interview: “Bernie Sanders is wearing your mittens!”

Not your typical hand warmers, they are made from repurposed wool sweaters and fleece made from recycled plastic bottles for the inside lining. The ones Sanders wore are big and thick and in shades of brown and beige. And they have a story behind them.

Ellis, a fan of Sanders, sent him a pair of mittens after he lost to Hillary Clinton in the 2016 Democratic presidential primary, as a consolation gift. She learned through a common acquaintance that Sanders liked the mittens. Last year, as Sanders was running again for president, Ellis learned that he was wearing the mittens — “people were calling them his oven mitts” — but had lent them to someone else.

Ellis said she was so touched by this that she sent Sanders another 10 pairs.

That earned her a buzz of notoriety but it was nothing compared with the fuss since the inauguration when people saw Sanders wearing the mittens. And Sanders’s overall look — in a frumpy winter coat, his legs crossed, no glamour whatsoever — prompted a gush of light-hearted memes.

Ellis’ phone will not stop ringing and her email inbox is exploding. One of the memes placed Sanders on a bench next to Tom Hanks in Forrest Gump, another put him in detention with the teenagers from The Breakfast Club and he also made it into numerous Star Wars scenes. “I mean, people are so funny. And that’s what we need right now: it’s a very tough time for a lot of people, people have had a rough year, and they need something to laugh about that’s totally harmless and not political,” Ellis said.

“The thing that I wish for everybody is more joy,” she added. “And you know, if you have something and you give it away, and it brings somebody joy and then it blows up and the entire world experiences joy, that’s amazing.” Ellis could make a lot of money because in two days she says she has received around 13,000 emails from people who want to buy her mittens.

“Not just one pair — people want lots of them,” she said.

But she could never satisfy that demand, with her 30-year-old sewing machine, and her job as a second-grade teacher. And she does not even want to. “I think it would just ruin the beauty of it if I started price gouging people,” she said. She prefers to spend time with her family, including her five-year-old daughter. And if others are out there selling mittens on the internet, she wishes them well.

On Friday, some websites were advertising mittens they said were identical to Ellis’s creation, for $85 (Rs 6,000 approx.) a pair.