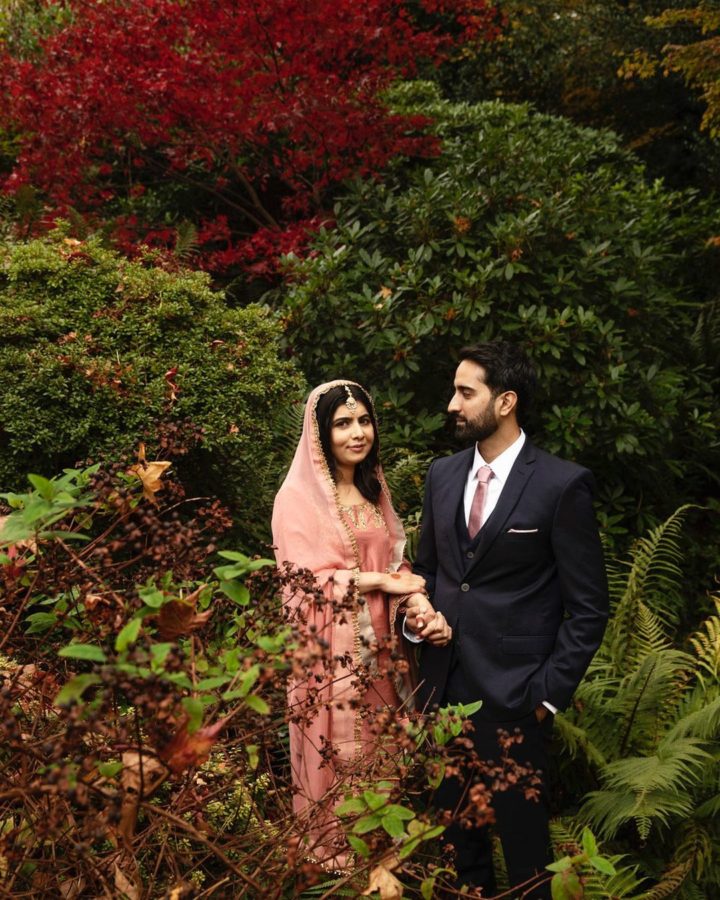 Malala Yousafzai, a role model to all girls and Nobel Peace Prize winner, tied the knot!

Culture
Malala Yousafzai, a role model to all girls and Nobel Peace Prize winner, tied the knot!
Share this article
Next article

Malala Yousafzai, the young girl who changed the lives of several girls alike, celebrates today as an auspicious day as she ties the knot in Birmingham, England.

She is a Pakistani activist and is known to be the world’s youngest Nobel Prize laureate, for a good reason. She has always been vocal about her fight for female education. When she, along with two other girls were shot, the whole world outpoured support for them. In response, she fought for the Right to Education – a general need still fought for today!

Malala has grown exponentially, from being a co-founder of a non-profit organization and co-author of an international bestseller to winning several prizes for her fight. She has been an inspiration for several girls who are hungry to learn and educate themselves. In her book We Are Displaced, she tells the horrifying story of being displaced from her home country. How inspiring to see a young girl who has been through so much make a difference in the world! The experience of being shot at the age of 15 is physical, mental and emotional! While many people would be scared of being in that situation again, but once she recovered, she did not think twice about continuing the fight for her beliefs.

The 24-year-old Birmingham resident announced on social media that today marks a precious day for her as she tied the knot with her husband, Asser Malik. Malala, in her interview with British Vogue, once mentioned that she did not understand why people have to get married, raising a storm on Pakistani social media for that statement. But today, we can see that she is extremely happy for this day, looking absolutely beautiful in the pictures she shared on social media. They celebrated a small nikkah ceremony, which is the ceremony performed by the Islam community, at their home with their families.

Malala wore a minimal and gorgeous dusty rose set accompanied by some stunning jewellery while Asser wore a suit and tie, looking dapper! Congratulations to the happy couple, and we wish them a life filled with happiness and prosperity!

9 Christmas gifts for pets to make their holidays paw-dorable