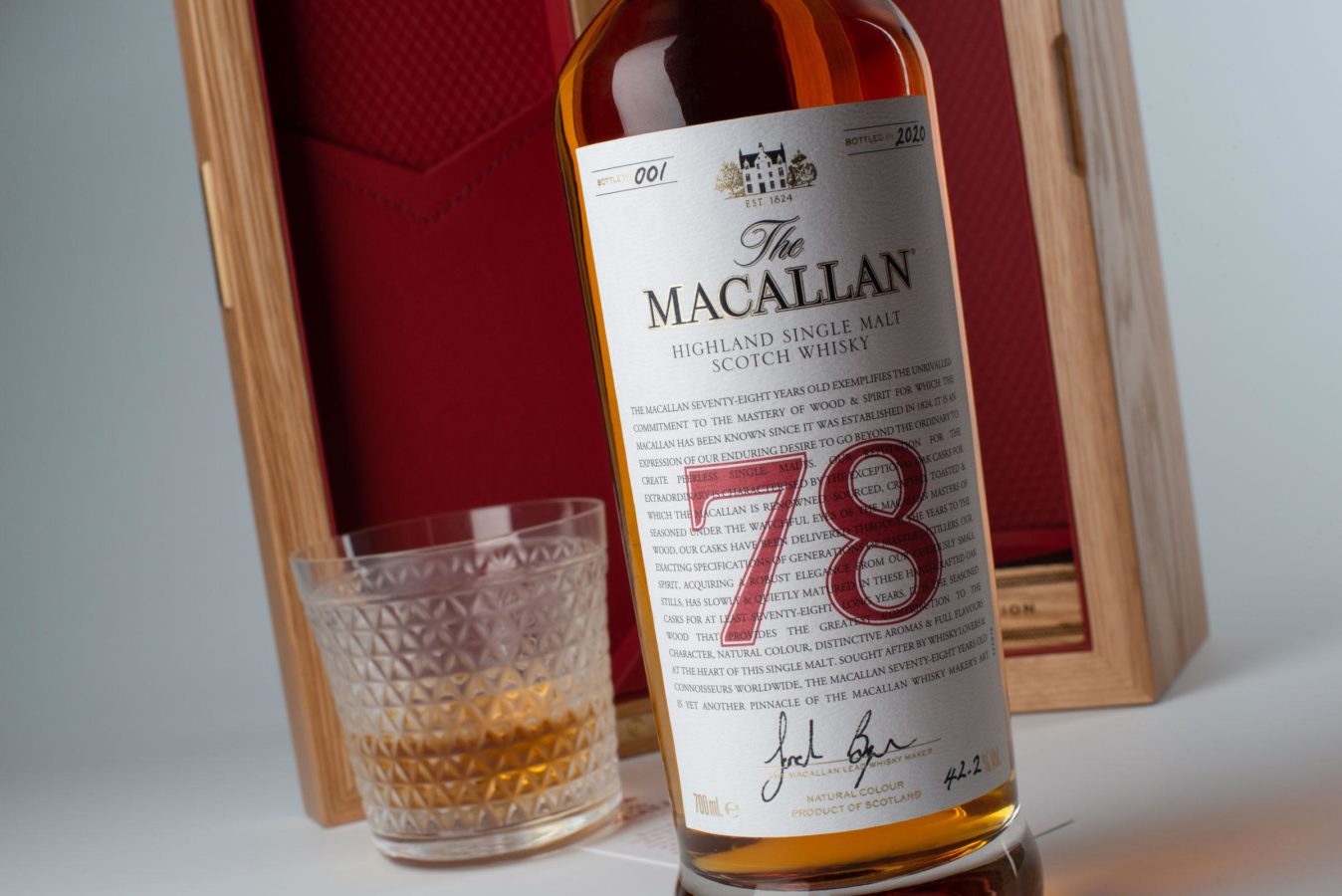 The oldest aged whiskey to ever be auctioned is going up for sale at Sotheby’s later this month. And here’s all you need to know about this landmark moment in the world of whiskies as well as luxury auctioneering.

After ageing for 78 years, a single-malt whiskey from The Macallan will go up for auction October 31 at Sotheby’s, London, UK. The prestigious tipple forms part of a six-bottle collection from the Scottish distillery.

With an estimated price tag of Euro 200,000 to 800,000 (approx. Rs 1.7 cr to Rs 7 cr), this exceptional collection of The Macallan whiskies goes under the hammer Saturday, October 31, 2020, at Sotheby’s. Each bottle comes housed in a presentation box made from the same oak wood used to craft the distillery’s casks.

The set features six single malt whiskies, one of which has matured for 78 years, and is the oldest aged whiskey ever to be sold at auction. This extremely rare drink is said to have notes of apple, peach, and grape, and the bottle features a label designed by the Spanish artist Javi Aznarez, also known for his work as a comic book illustrator.

Food & Drink
Is whiskey the drink for millennials? We spoke to Glenmorangie to find out

Proceeds from the sale will go to the London-based charity ,City Harvest London, which redistributes surplus from the food industry to vulnerable people across the British capital.