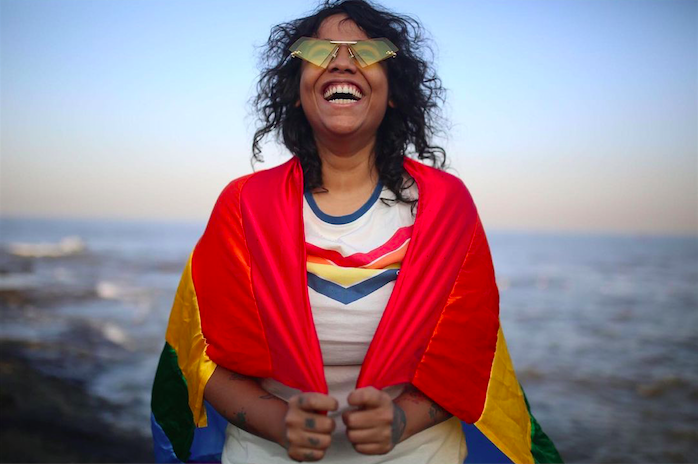 Photographer and LGBTQIA+ activist Monisha Ajgaonkar is living proof that one’s past doesn’t define their future.

Born and brought up in Mumbai, Ajgaonkar’s sterling resume includes clicks for the Rolling Stone India, wedding photography company called The Photo Diary (which she founded) alongside other powerful campaigns she created working with companies like Ogilvy & Mather, Dove, and Getty Images. Her LGBTQ+ shoots garnered her accolades galore and her stunning wedding pictures have made her one of the most sought-after wedding photographers in India. And this year, she made a three-minute-long short film, I Will Also Get Married for the MY RØDE REEL 2020, a short film competition. The movie is about her journey as a queer woman and how her sexuality defines her private and professional life.

The short film has already been premiered in PVR across one-tier cities in India on December 7 and 8. It has won three international awards — Berlin Flash Film Festival 2020 monthly winner category for Super Short Documentary, Finalist at Prague International Monthly Film Festival, Winner In Honorable Mention For Best LGBTQ Short at Independent Shorts Awards (Los Angeles, Oct 2020) — along with other nominations and official selections.

Ajgaonkar’s international success may have been long due, but that doesn’t overshadow her struggles. Here, she talks to us about her short film’s success and the challenges she has faced as a queer photographer in India.

What prompted you to create I Will Also Be Married?

It was during quarantine and we were feeling creatively charged. So when a friend just reached out to me to make a short film for a competition (MY RØDE REEL 2020). Chandrashekhar Parab (one of the creative directors of the film) gave me an idea to make a film on my story. But I was feeling shy as I didn’t want it to become a conduit to sympathy; I just wanted to exhibit my journey and the struggles I’ve endured.

When Parab asked, ”What is the one thing that’s missing now?” I said, ”I really want to get married.” That became the premise of the movie. As a wedding photographer, I’ve worked with people who became father-figures and brides who became good friends. At weddings, you get to share the happiness with your friends and family, but I know I will share it with my friends and dogs, but not my family. In the movie, I wanted to show the real me and encourage people to love and accept themselves even when others don’t. I wanted to narrate that all the success was not given to me; I have worked hard for it.

How long have you been working on this story? Was it always the next step after success in photography?

No, this film was never part of my plan. It just happened. My life has always been like a movie and I wanted to do something different with my life. Honestly, this movie was just created for a film festival.

How does it feel to gain international recognition for your short film that’s so personal?

To be honest, our purpose was to win the competition and the prize money. We never expected it to become larger than life. After winning an award in Berlin, it was screened in Mumbai at a PVR — that feeling was amazing, to watch it in your own city! Next year, it will premiere in Toronto. We shot this film in one day. It was amazing to see how a mere discussion on a topic so close to my heart would lead to something so great.

What was the most challenging part of this endeavour?

The most challenging part of the process was a call I made to my father during the shoot. It’s when you know he’s going to say something you don’t want to hear, but you have to endure it anyway. Our relationship is rather complicated. He is proud of me as a photographer and my career but not my personal choices. 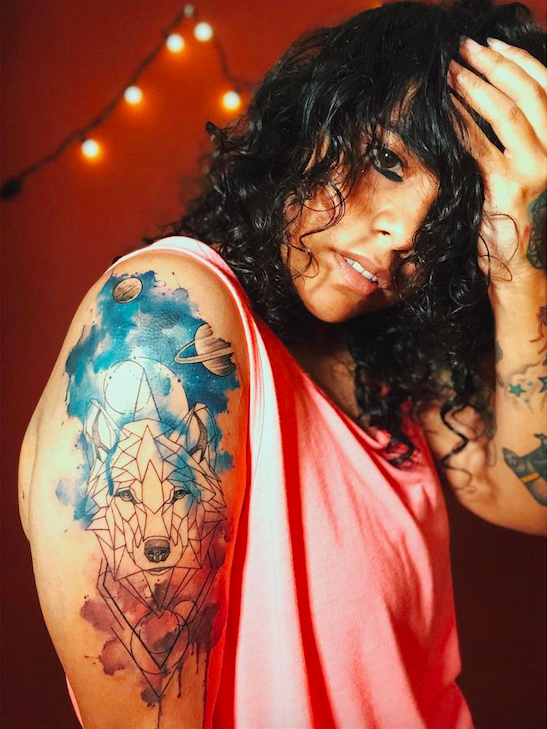 Are you open to making more movies in the future?

Yes! I’m looking for investors at the moment. I have two-three projects in line. I also have a pitch ready, which I had already shared with Netflix and Amazon Prime, but they are not looking to make that kind of content right now. The films will be different from my personal life; they will be documentaries. 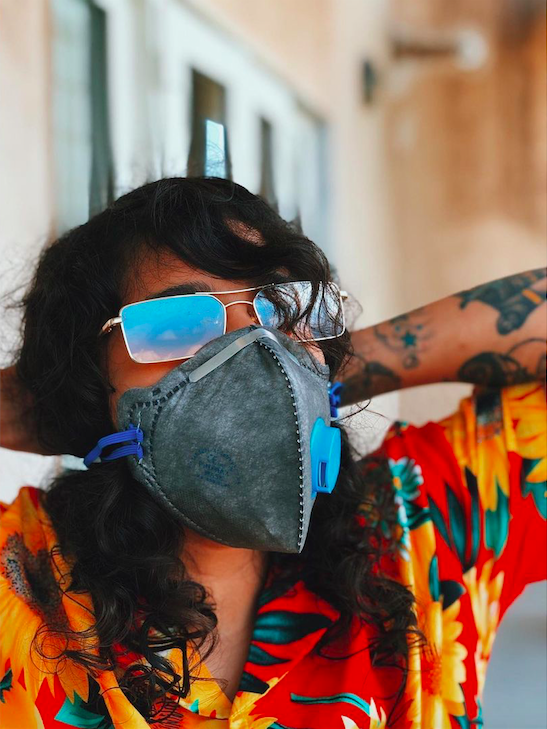 The most beautiful place you have explored via the lens. Tell us about the place you’d love to shoot at?

I enjoyed being in Amsterdam; I was there for a little over a week. And the one place I’d love to shoot at is Ladakh.

As an LGBTQ+ activist, how do you think photographs summon a revolution?

They definitely do! Today, you see so many talented artists doing representational photoshoots on the LGBTQ+ community that it’s become more accepting. Even when I did Blossom, a coming-out photo series with a drag queen, activist and artist Sushant Divgikr, I received so my supportive DMs.

When was the first time you felt that your photographs have a powerful narrative?

It was when I did my first LGBTQ+ shoot in 2014/15 called Unmasked. It was my personal experience, for which I thought I’d receive hate messages. It was a photoshoot of six images where the woman featured was closeted, and so it showcased how a person is still hidden, unmasked. That story gave me recognition.

And then I shot the #LforLove project for Love Matters India, an NGO that offers lessons about love, sex and relationships to young adults. The NGO partnered up with Ogilvy & Mather India and launched the campaign, as an effort to debunk the myths about lesbians. Post this, I worked the #ShowUs campaign hosted by Dove, Girl Gaze, and Getty Images. I think if you believe in something, it gets recognised. 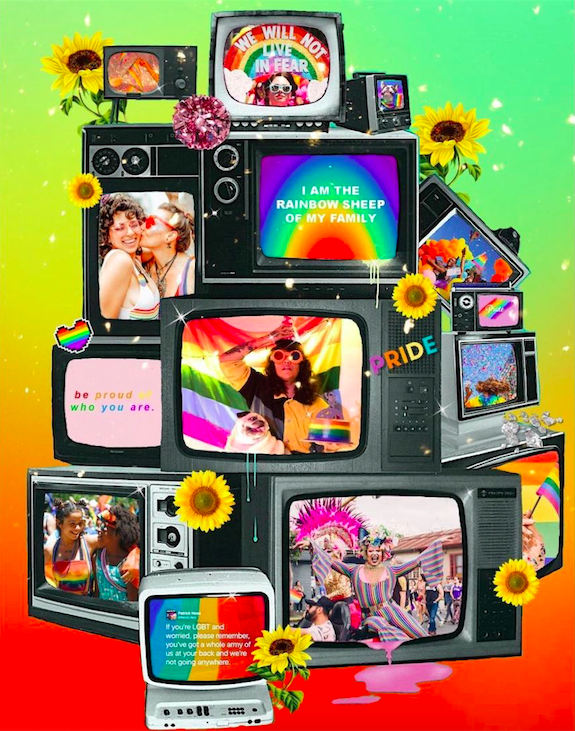 In your short film, you talk about people’s discomfort about hiring a lesbian photographer. How did you overcome this perception?

It used to offend me initially, but I started letting it go. I can’t change who I am now. I became comfortable with myself.

Being ostracised by parents for being queer in India is not uncommon. What would you want to say to those parents?

With families, it’s a sensitive topic. Every family has a standard plan for their children — school, college, marriage. So it’s difficult for them to understand this and to change the perspective. One thing I’d say to anyone ready to come out is to make sure you are financially secure. Start earning and don’t rely on anyone. 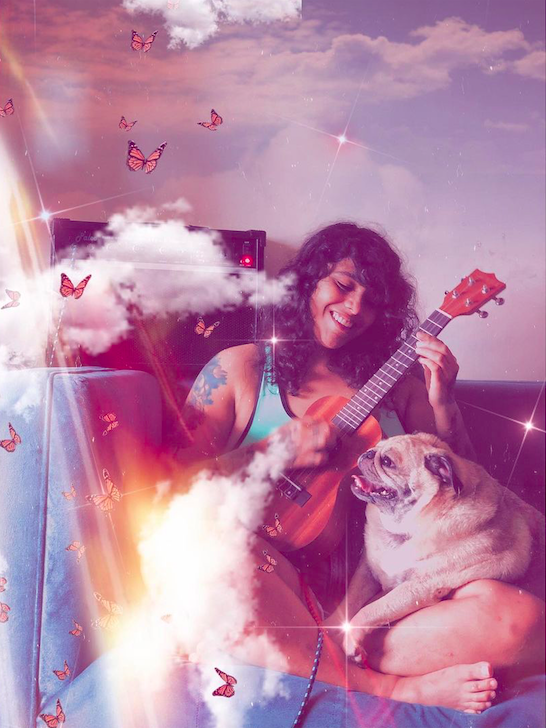 What are the qualities you are looking for in a life partner?

She should be independent and doing well for herself. She should be certain about things in life and not be closeted.

2020 has taught me a lot. I kept myself busy with photo series and hobbies such as learning ukulele and guitar. I’m also grateful to people who have been part of my life, especially during the lockdown and my dogs, Cherry and Smoky. As for 2021, I will announce something when it happens.