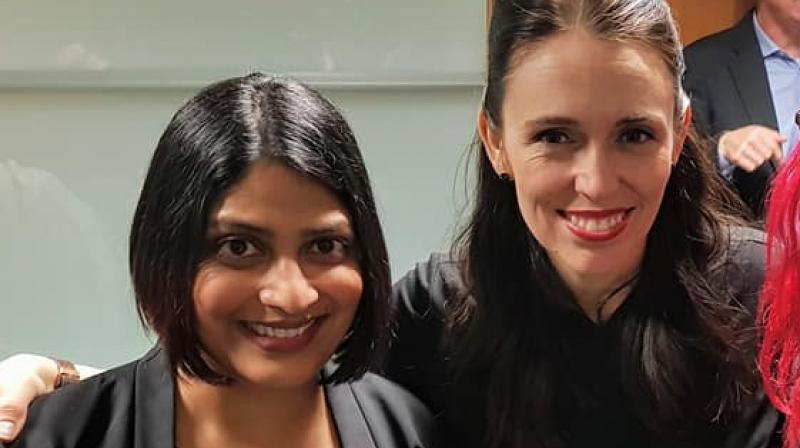 Labour Party MP Priyanca Radhakrishnan became the first person of Indian origin to be appointed as a minister in New Zealand under the tenure of 40th Prime Minister Jacinda Ardern, on Monday.

Amidst the coronavirus pandemic, when the world is upside-down in a lockdown series, dealing with sporadic episodes of racism and xenophobia, Prime Minister Jacinda Ardern inducted five new ministers into her executive in a breakthrough moment for the island country. And one name that Indians, particularly Keralites, should be proud of is Priyanca Radhakrishnan.

Born in Chennai, Radhakrishnan, 41, grew up in Singapore before moving to New Zealand to pursue a master’s degree in Development Studies at the Victoria University of Wellington. Daughter of an IIT-Kanpur alumnus civil engineer, P Radhakrishnan, she spent most of her life in Singapore where he worked as a port engineer. She made her debut in politics when she contested and got elected as the International Students’ Officer of the Massey University Students Association. She decided to stay back in New Zealand when senior leaders of the Labour Party encouraged her to join the party.

Radhakrishnan joined the New Zealand Labour Party in 2006 and has worked on the internal party policy development process and has been active in both local and regional party organisation. She was elected first as a Labour Party MP in September 2017. And in 2019, Radhakrishnan was appointed as the parliamentary private secretary to the Minister for Ethnic Communities.

A proactive social worker, Radhakrishnan met her husband Richardson, a New Zealand citizen who works with an IT firm when she was working with an NGO for women survivors of domestic violence and migrant workers.

In New Zealand, as of November 2, 2020, she will be Minister for Diversity, Inclusion and Ethnic Communities; Minister for the Community and Voluntary Sector; and Associate Minister for Social Development and Employment.

The new government will be sworn in on Friday.