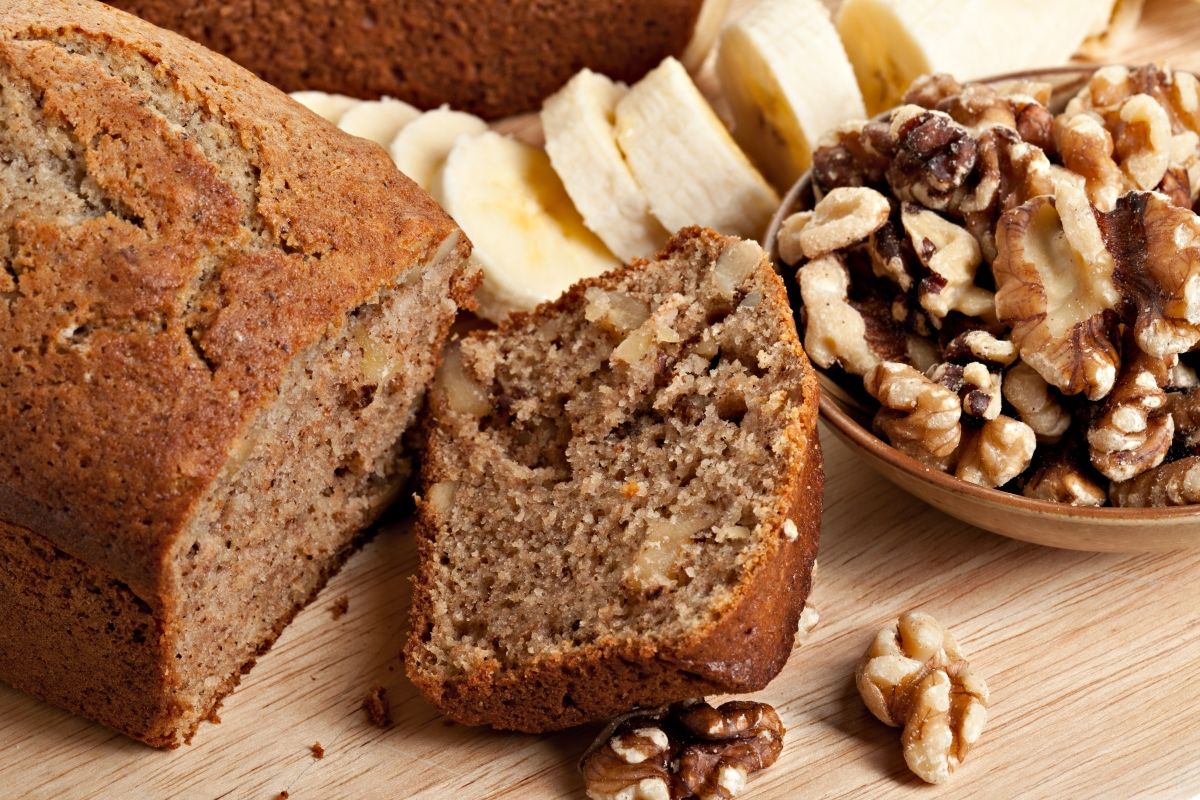 With banana bread being in the limelight of quarantine baking projects, bakers of all ages and interests are wildly searching for the best recipe for one-of-a-kind dish. Search no longer, because we’ve spent months diving deep into the banana-speckled journey to compile our list of the most flavoursome loaves we’ve tasted so far. Let’s get baking.

Banana Bread with The Boy Who Bakes

As the winner of the first series of The Great British Bake Off, Edd Kimber‘s reputation guarantees the fail-proof flavoursomeness of his recipes. Not only does his recipe boasts a visual-pleasing look, but it also boasts this moist interior studded with cacao nibs throughout for essential crunch and instead of typically crushed walnuts you found in it. For those who are not much of a sweet tooth, chocolate bits also add slight bitterness to cut through the sweetness of the loaf.

The queen of American Italian cooking also has her gourmet takes on the banana bread. Her recipe includes nutrient-rich ingredients like coconut oil, almond milk, almond butter, coconut sugar as well as rice flour and almond flour for nuttiness and earthy flavour. So as for a healthy-ish loaf, by all means, this one by Giada should be your move.

Calling out all vegans, you do not need to give up on such a delicious treat for a dry, tasteless, sad-looking banana muffins. This vegan recipe by Rainbow Plant Life will be your saviour from all the wholesome yet deliciousness-free vegan treats. Another plus? It only calls for eight ingredients for handy dandy baking.

For an old-school yet foolproof banana bread recipe, Carla Music makes one of the best. This video will also show you a step-by-step tutorial on how you, too, can make a mouthwatering loaf at home.

Apart from Carla’s recipe above, we found Thomas Joseph‘s old-school version to be equally scrumptious but just with a little tweak on the chocolate chips rain added at the end.

For those who’re not a bread enthusiast, test-drive these nine recipes and we find out which one should be your next family staple. Our favourite is the chocolate banana french toast swirls which are almost like a pleasurable shortcut to the labour-intensive cinnamon rolls.

Recipe Baking banana bread
Lifestyle Asia
Here's where you can read the latest news and stories from Lifestyle Asia and our sister titles PrestigeOnline and Augustman, curated from all of our editions in Hong Kong, Singapore, Kuala Lumpur, Bangkok and India.
Luxury
Sign up for our newsletters to have the latest stories delivered straight to your inbox every week.

5 homegrown vodka brands to add to your home bar