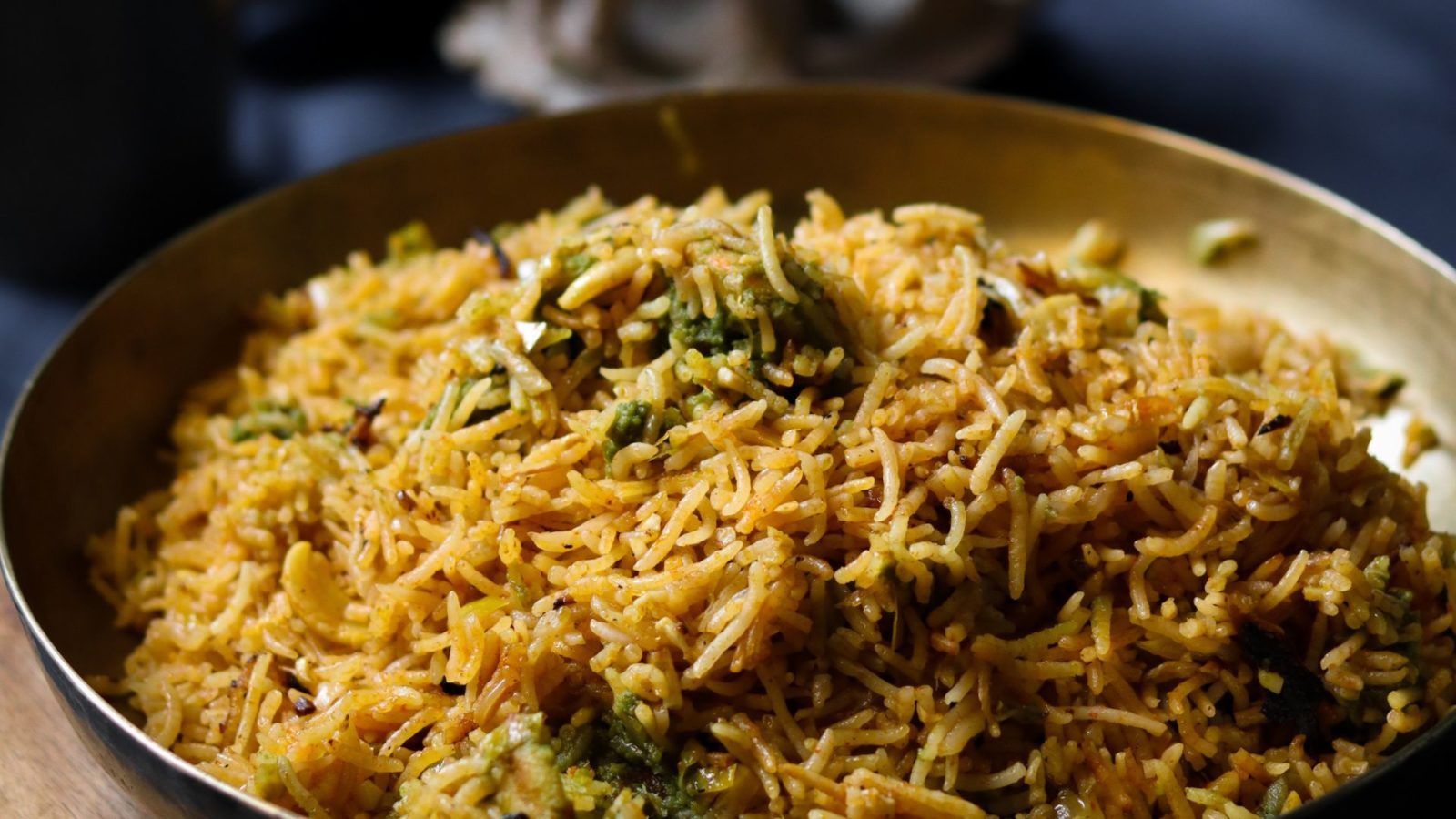 These places in Delhi offer drool-worthy mutton biryani that will make you want more!

Food & Drink
These places in Delhi offer drool-worthy mutton biryani that will make you want more!
Share this article
Next article

Delhi is an amalgamation of cultures and influences. The same is reflected in the city’s food, which offers the best street and fine-dining cuisines. Among the many options available here is its delectable biryani, some served at the city’s oldest joints and some by new-and-coming ventures. So, what better time to look at places that serve some of the best mutton biryani in Delhi, than in the days leading up to Eid?

A piping hot plate of biryani is something that is hard to resist. Be it vegetarian or meat-based, a spoonful of the delectable, fragrant, and delicately spiced rice can make any party better and soothe you when feeling gloomy. Meat and vegetable chunks, cooked to tender perfection, are mixed with the rice and served with a side of gravy or raita, exploding into your mouth with a burst of flavours like none other. And there’s a biryani doe everyone – be it Hyderabadi, Awadhi, Kolkata, Lucknowi or Moradabadi.

So, if we’ve enticed you to indulge in a plate of this flavorful delicacy, these spots are what you should check out for a plate of the best mutton biryani in Delhi and bring in the upcoming festival of Eid with much gusto and excitement.

Food & Drink
8 mutton biryani spots in Bengaluru for fragrant bowls of basmati goodness
Food & Drink
Biryani state of mind? The 7 spots in Hyderabad for the best of biryani

Where to get the best mutton biryani in Delhi

Dum Pukht is among the best places in Delhi for Mughlai cuisine. Their biryanis have been among the best in Delhi for years, now, and their flavourful offerings are among the must-try dishes for people who come in from far and wide. The place serves delectable mutton biryani as well, which makes for a great dish to enjoy Eid delicacies.

Dilpasand Biryani Point, run by Mohd Taufiq, is a small shop in Chitli Qabar, Old Delhi. The place  is among the best known in the city for its delectable biryani, especially the mutton biryani, which they serve with raita and other yummy sides.

Al Jawahar is among the most popular destinations in Delhi for some delectable Mughlai food focused on tender, succulent meats. The place offers yummy delicacies such as mutton korma, nihari and a lot more. Equally delicious is their mutton biryani, which is definitely among the best in Delhi, and draws in huge crowds!

Among the best restaurant chains in Delhi to indulge in some delectable Mughlai cuisine, what remains unmatched is their top-notch quality and wholesome flavour. Do sample their version of the mutton biryani, with succulent, fork-tender meat and long, fragrant grains of basmati rice to make your meal even more wholesome.

Karim’s is another iconic restaurant in Delhi, known for its delectable offerings and scrumptious biryani. The original restaurant, in the lanes of old Delhi, serve some delicious meat-based dishes such as nihari and korma, and their mutton biryani is finger-licking good!

Bikkgane Biryani has carved a name for itself for being among the best in the city. The eatery serves delicious meat and veg biryanis, and their Andhra-style biryani and mutton biryanis are so good you’ll keep going back for more!

Another popular chain of restaurants serving biryani is Biryani Blues, known for their yummy flavours and amazing offers. They serve yummy vegetarian and mead-based biryanis, and their mutton/gosht offerings are a must-have!

Behrouz Biryani is a delivery-only brand that has built a strong presence not only in India, but internationally as well. The place serves a variety of chicken, egg, and veggie biryanis, but it’s their gosht biryanis that have our hearts!

biryani biryani festival Hyderabadi Biryani Mutton biryani best mutton biryani in Delhi
Anushka Goel
Anushka likes to spend her time reading, scrolling through Instagram for some travel inspiration or looking after her plants. She loves reading about the latest skincare and makeup but tries to make mindful choices and live sustainably.
Sign up for our newsletters to have the latest stories delivered straight to your inbox every week.