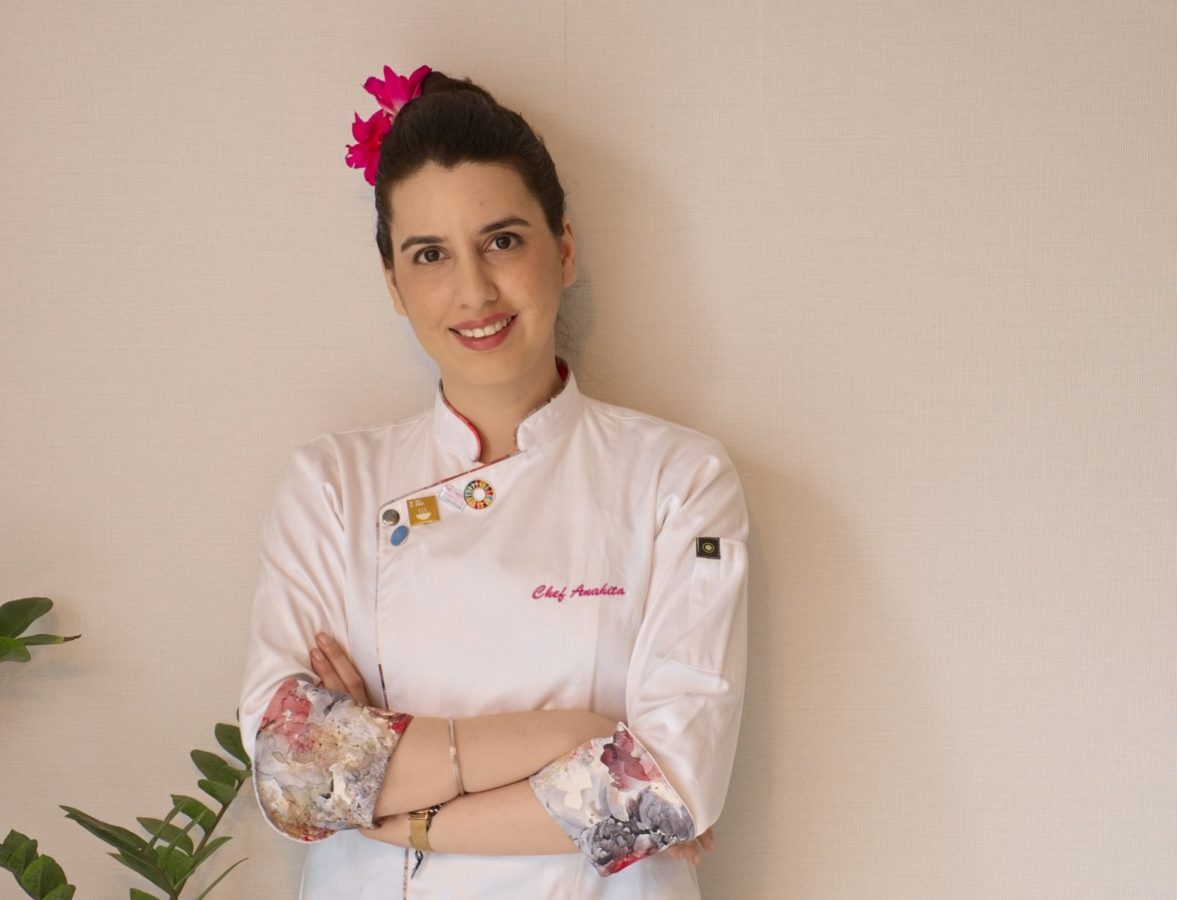 Chef Anahita Dhondy’s new book, The Parsi Kitchen, is nostalgia on a plate

Food & Drink
Chef Anahita Dhondy’s new book, The Parsi Kitchen, is nostalgia on a plate
Share this article
Next article

Reading Anahita Dhondy’s new book Parsi Kitchen was like a blast of nostalgia. In a candid interview, we explore all things food and Parsi with the chef manager of SodaBottleOpenerWala, Anahita Dhondy.

Growing up in Mangalore, my best friend and neighbour was a Parsi girl. Hers was the only Parsi family in Mangalore back then (and possibly still is), and we bonded on food above all else. Every Sunday was pork bafat at my home and dhansak at hers, and we would exchange lunch plates. We went to different schools but would often swap lunch boxes just before heading out – especially if she had salli par eedu (thin slivers of potatoes with masala and an egg cracked over it) and rotlis. She learnt to make choi, with that touch of mint and lemongrass early on, and though we couldn’t have it when we were young, her parents indulged in many a cup.

In conversation with Chef Anahita Dhondy about her new book, The Parsi Kitchen 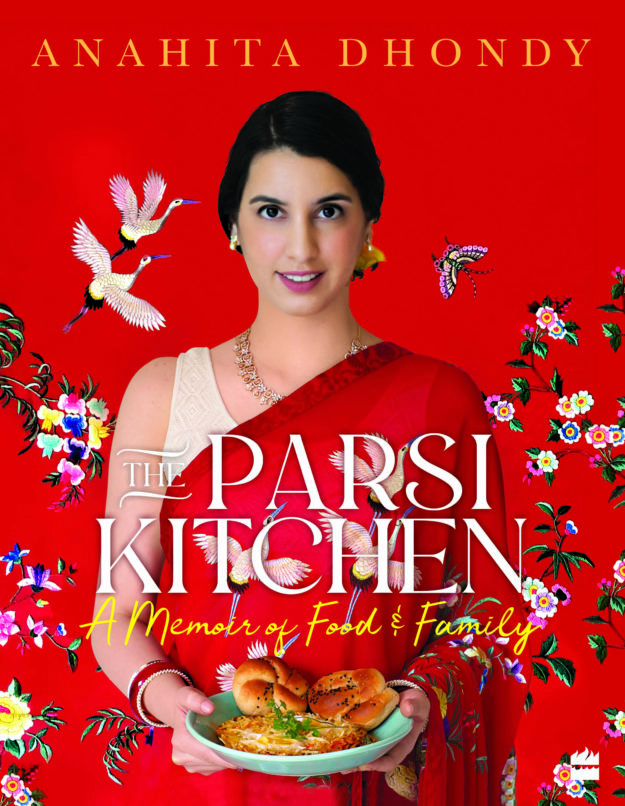 Reading Anahita Dhondy’s The Parsi Kitchen was like a blast of nostalgia for me. Not only does choi and everything par eedu feature in it, but it speaks of her memories with her family, of their quirks, their creativity, their love for food and their general ‘bawa-ness’, all of which I have many memories of too. Anahita, well known as the chef manager of SodaBottleOpenerWala, has several awards to her credit. She has also featured in Forbes Asia’s 30 under 30 for food sustainability and popularising Parsi cuisine.

The Parsi Kitchen is a work of labour that took five years and many drafts thrown aside, to become this lovely red hardbound edition. One draft was a deep dive into Parsi food with methodical divisions, another was a historical account of the Parsi community with its recipes. Finally inspired by Like Water for Chocolate, Anahita decided that there are so many people and stories associated with a dish, why miss those. “I realised I have to pen down my thoughts and jotted down everything memory-related about the family. When travelling and researching for the book, I met people and made their stories part of the book too,” she says. Interestingly, the book was envisioned as a 200-pager and that is exactly how many pages it is. A rarity, writers would agree. 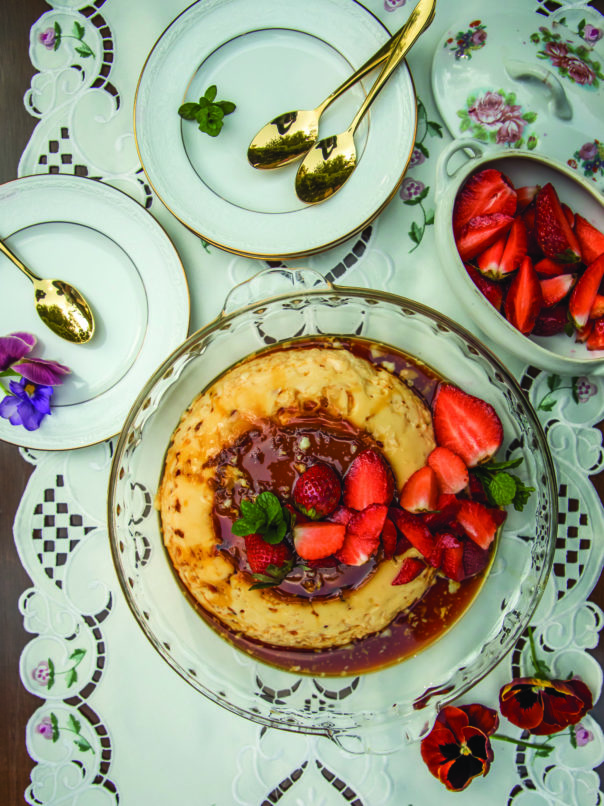 The book makes easy reading simply because every chapter is like a story in itself. Nothing spills over, so you can pick it up and start from just about anywhere. I began at dhansak, because it’s what I love dearly and so do Parsi families on a Sunday. The recipe for ‘this beautiful melange of vegetables, meat, herbs with caramelized rice, kachumbar and a dash of lemon’, as Anahita describes it, surprised me when I saw sambar masala in the ingredients! “It pronounced ‘Sam-bhaar and is not the south Indian sambar masala,” she laughs and tells me. “It is a masala with a spicy chilli kick, and for the lazy Parsi who doesn’t want to hassle themselves with too many masalas, this works for a lot of dishes,” she adds.

I never heard of a Jackfruit dhansak but Anahita’s Meher mumma has a great recipe featured in the book, which she fed the family way before Jackfruit earned its cool factor.

Contrary to popular belief Parsi cuisine has several vegetarian options. Take Anahita’s favourite – the dhan dhar patio – rice, dal and a spicy, tangy side dish. “Parsis like fish patio, but I love to make brinjal or pumpkin patios. Patio can also be an achaar (pickle),” she adds. Vegetarian dishes with okra, or like chutney patties, or coconut curries with vegetables are all part of this repertoire. 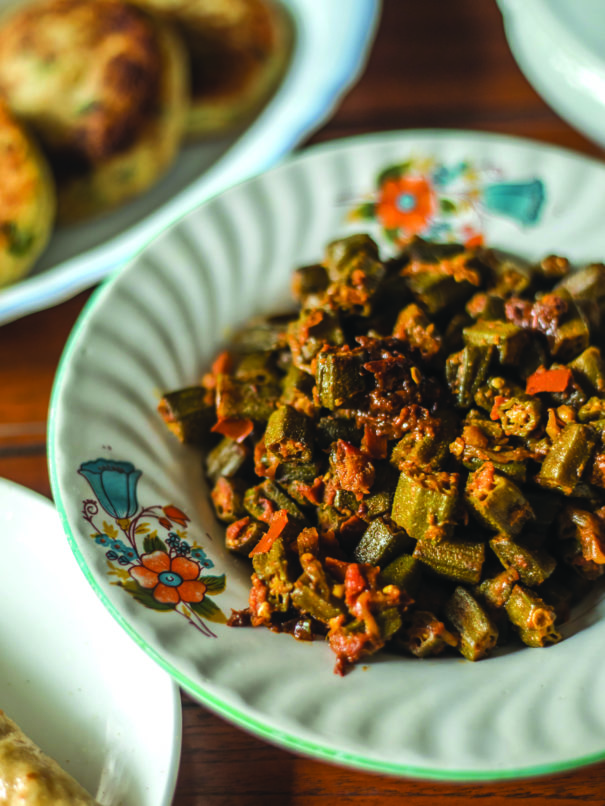 And then, of course, the Mangalorean in me zeroed in on the vindaloo recipe, which here, instead of the coconut or toddy vinegar uses the sugarcane-based kolah vinegar. “How vindaloo came into the Parsi kitchen is because of the many Goan house-helps working in Parsi homes. They would cook for themselves and the staple Goan curries and vindaloos came into our cuisine too,” says Anahita. You must read the chapter on vindaloo in the book and how Anahita made it for her flatmate Nitya after a particularly hard day.

What I loved about my Parsi friend’s meals was how anything worked with eggs. It was the first place I tasted bheeda par eedu (eggs over okra), salli par eedu and of course, akhuri, which is not over anything, but is still such a lovely egg scramble. “I think the idea of cracking an egg over anything and making it a new dish came from the Parsi mother who wanted to reuse leftovers. There are a lot of combinations including one over soggy wafers,” says Anahita.

The Parsi Kitchen is a book filled with nostalgic stories of family, food and love – a combination that resonates easily with everyone. It makes reading this book a pleasure and opens up a world of recipes that are not what you may see when casually browsing online. “I would love for people to pick up the book discover something and maybe include it in their everyday food – who knows, maybe a dhan dar patio might replace your Sunday dal chawal,” says Anahita.