We are all a product of our childhood. Lucky for Chef Garima Arora she grew up watching her father constantly experiment with different cuisines. “As a kid, I would get to eat all these amazing things he’d cook, and he used to have a lot of fun when cooking. That stuck with me somewhere and opened up my palate as well. A combination of both made me more adventurous.”

The idea stuck, grew, and prospered, eventually paving the way for Arora to become the first Indian woman to bag a Michelin Star for her restaurant Gaa in Bangkok. What’s even better is that it has happened within two years of its inaugral.

In this short time, Arora has come to be known for her play of local ingredients and global cooking techniques, to create something that’s unique to Gaa. Yesterday, Gaa made it to No.15 on Asia’s 50 Best Restaurants 2020, one place up from last year. “Every time we cook, we ask the questions why are we doing this, why are we putting this on the plate, does it make sense, to what end.” Creating cerebral culinary experiences is key to Arora.

One of her favourite techniques is fermentation. “We pickle everything. So, how do you come up with a new flavour or flavour profile using the same elements, or how do you make a new word with the existing letter? Fermentation lets you do that, you can make new words, new prose through fermentation.”

The technique is evident in her favourite dish on the menu — the Unripe Jackfruit, Roti, Pickles. There is also the Blue Swimmer Crab, Long Peppercorn, Macadamia Milk, which embodies the essence of Gaa. “When you look at it, it’s completely white. But, when you eat it, there’s this punch that suddenly comes in and then the macadamia milk takes over, it just surprises you completely. It’s something so unique and that doesn’t exist outside of Gaa,” she says. 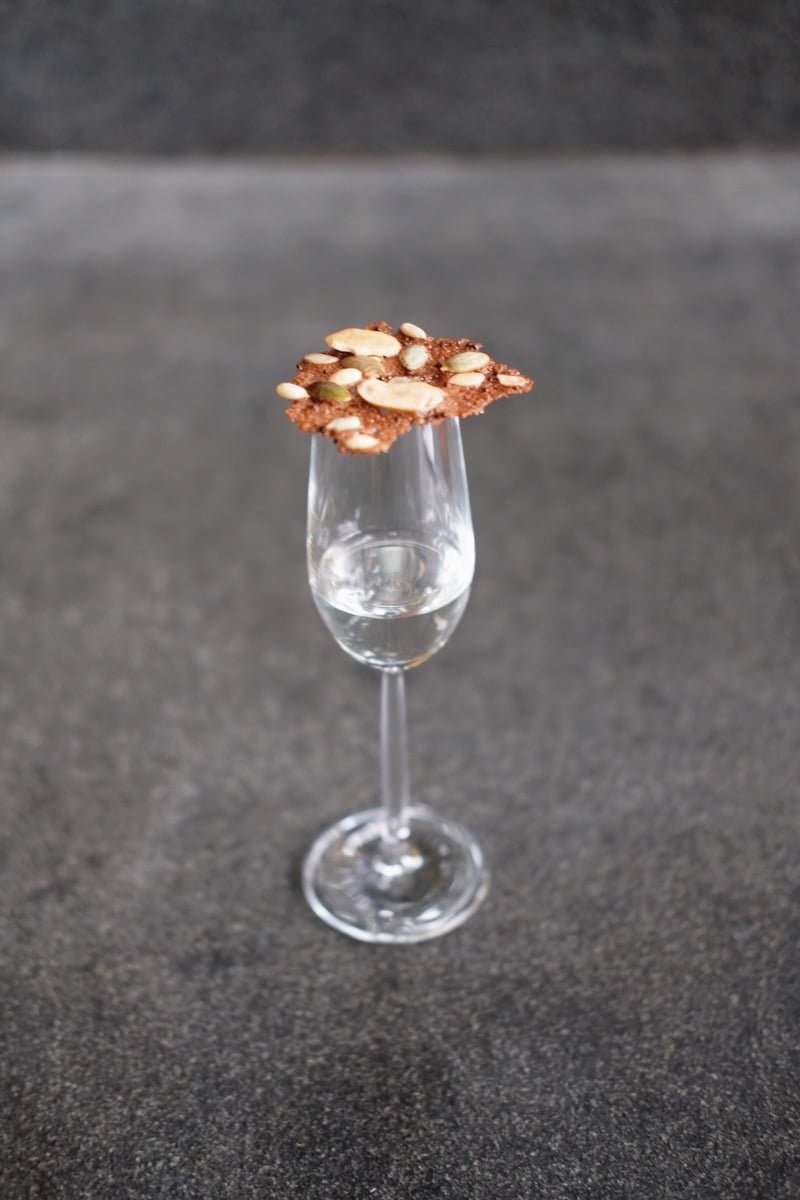 Arora graduated in Mass Media and pursued journalism for a short period, but soon turned in the pen for chef whites. “I understand that it is a young person’s game. You have to start when you’re younger, that’s the only way to get ahead in this industry, so I decided to do it then and not later.” Off she went to Le Cordon Bleu, and after concluding training there, Arora managed the rare feat of working with some of the top chefs of the world — Gordon Ramsay, René Redzepi, and Gaggan Anand. “I learned a lot from each one and it all contributes to the restaurant that I have today.”

Working at Noma with Chef Redzepi influenced Arora’s approach strategically, “He is extremely intelligent and has a very cerebral approach to cooking. Working with him at Noma changed the way I think about food and cooking, i.e., more as an intellectual exercise than just a blue-collar job.”

As she continues to take her craft forward, Arora feels the industry would benefit from a more equal playing field for both men and women. Not a typical 9-5 job, being a chef for a woman often means choosing between motherhood and the profession.

“When you’re always required to be present, your family life takes a backseat and that is one thing every woman in the kitchen has difficulty coping with. Applauding them when they make this very difficult choice, which is against their very nature, is not the right thing to do. Our workplaces are not built to accommodate women.”

As one hopes for that change, there is no denying that the F&B landscape has undergone a perception change over the years. “Cooking was a very blue-collared job. Today, it is attracting people with Harvard degrees. From 10-20 years ago, when there were basement kitchens with crazy hours to now show kitchens and chef’s tables — the shift is tremendous.” But there’s a flip-side. “It’s almost become like a shortcut to becoming a celebrity, which is not what cooking is about. To me, it’s not about how many followers on social media. There are young chefs today who feel entitled. You have to work hard, there are no shortcuts here.”

With her finger on the pulse of what people want, Arora is set to go from strength to strength. Although she’d like to open a restaurant in India, for now, the focus is Gaa. “We’ll continue what we’re doing. This (Michelin Star) is a great stamp of approval that we’re in the right direction. I hope we keep moving in this way.”

This story was originally published on Nov 22, 2018, and has been updated since.

Gordon Ramsay Gaggan Anand Michelin star NOMA rene redzepi Gaa Bangkok Michelin starred restaurant Chef Garima Arora
Megha Uppal
Senior Associate Editor
An innate love for travel and food has translated into many a trips since childhood for Megha; it also fed her curiosity to know about local cultures. When not writing, she is on the lookout for three things: A great dark chocolate dessert, a beautiful pool where she can practice her backstroke, and art that she can save up for.
Travel Culture Food Drinks

New restaurants: Where to dine out in Mumbai this December 2021