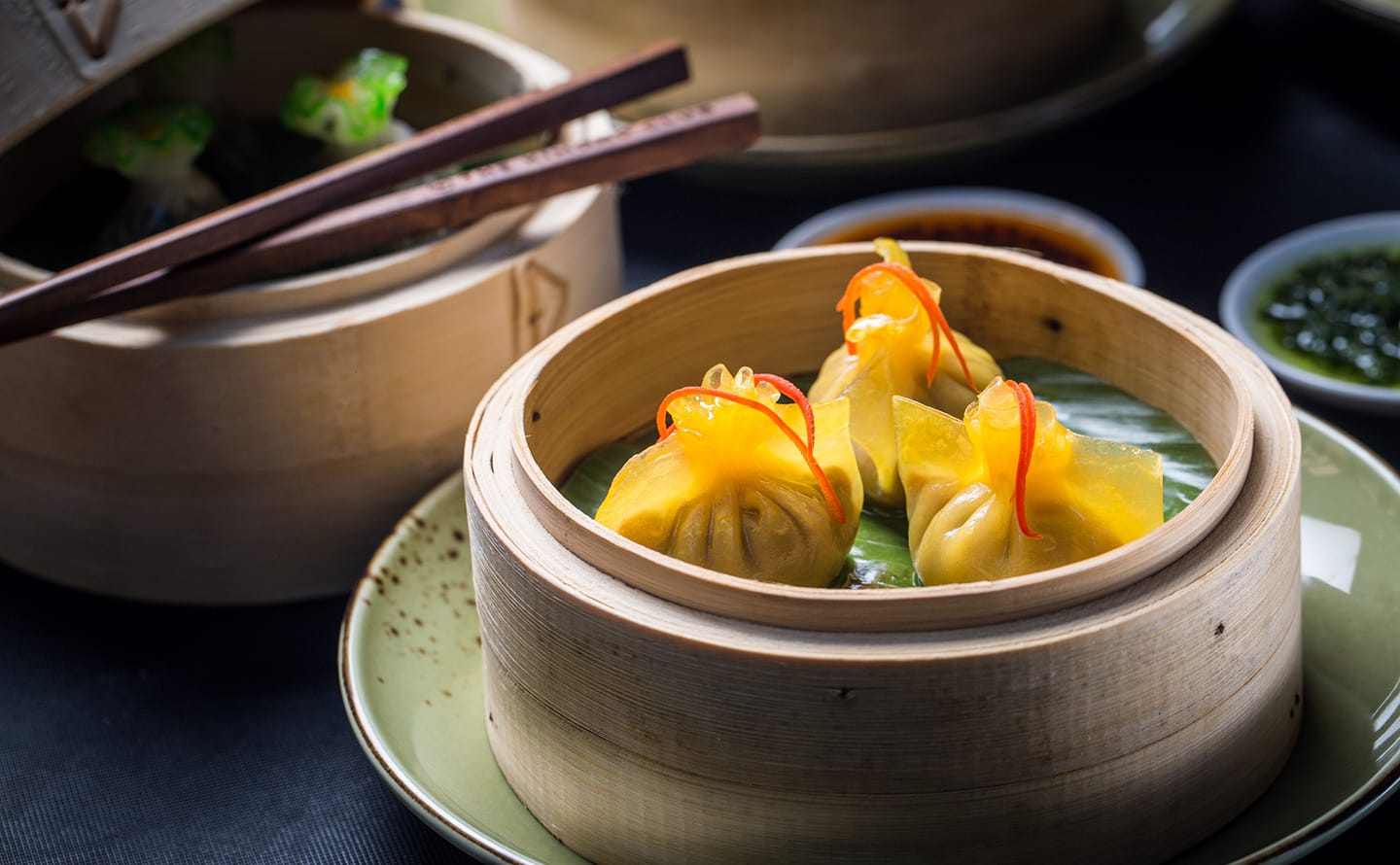 What happens when one of India’s hottest restaurateur and copywriter-designer join hands? An eclectic, new addition to Delhi’s burgeoning nightlife. Say hello to The Kimono Club, the newest kid on the capital’s F&B block. Put together by the owner Ashish Dev Kapur and designer Freddy Birdy, the Asian restaurant & bar has opened its doors at The Chanakya in Central Delhi. Opened only yesterday, it’s already creating a stir.

With Whiskey Samba and The Wine Company in Gurugram, Antares Restaurant & Beachclub in Goa, and The Wine Rack in Mumbai already under his belt, Kapur is not new to setting up spaces where the city loves to party. Neither is the collaboration with Birdy, who has also designed The Wine Rack. The duo’s vision came together to give birth to yet another promising restaurant.

Although Pan-Asian when it comes to the kitchen, the design element at The Kimono is heavily influenced by Japan and the place has an overall Parisian Moulin Rouge vibe. The opening night saw troupes performing contemporary dance in traditional Japanese garb on bar counters, a kimono clad lady perched on a swing welcoming you into the club, making it one of the most interactive restaurant launches we’ve seen in a while. But what we’re looking forward to is The Kimono Club continuing with these eclectic ethos in their everyday dining.

With a focus on Chinese and Japanese cuisine, their menu is a delight for meat lovers, serving individual sections of duck, seafood, oysters, and other meats. Small plates, all-day dim sums, and plenty of vegetarian counterparts make up the rest of their offerings. Watch this space for a more details on the food soon.

The Chanakya New restaurants in Delhi Pan-Asian Cuisine The Kimono Club Ashish Dev Kapur Best pan-asian restaurants in Delhi Best clubs in Delhi
Megha Uppal
Senior Associate Editor
An innate love for travel and food has translated into many a trips since childhood for Megha; it also fed her curiosity to know about local cultures. When not writing, she is on the lookout for three things: A great dark chocolate dessert, a beautiful pool where she can practice her backstroke, and art that she can save up for.
Travel Culture Food Drinks

This is the best way to reheat pizza in the oven