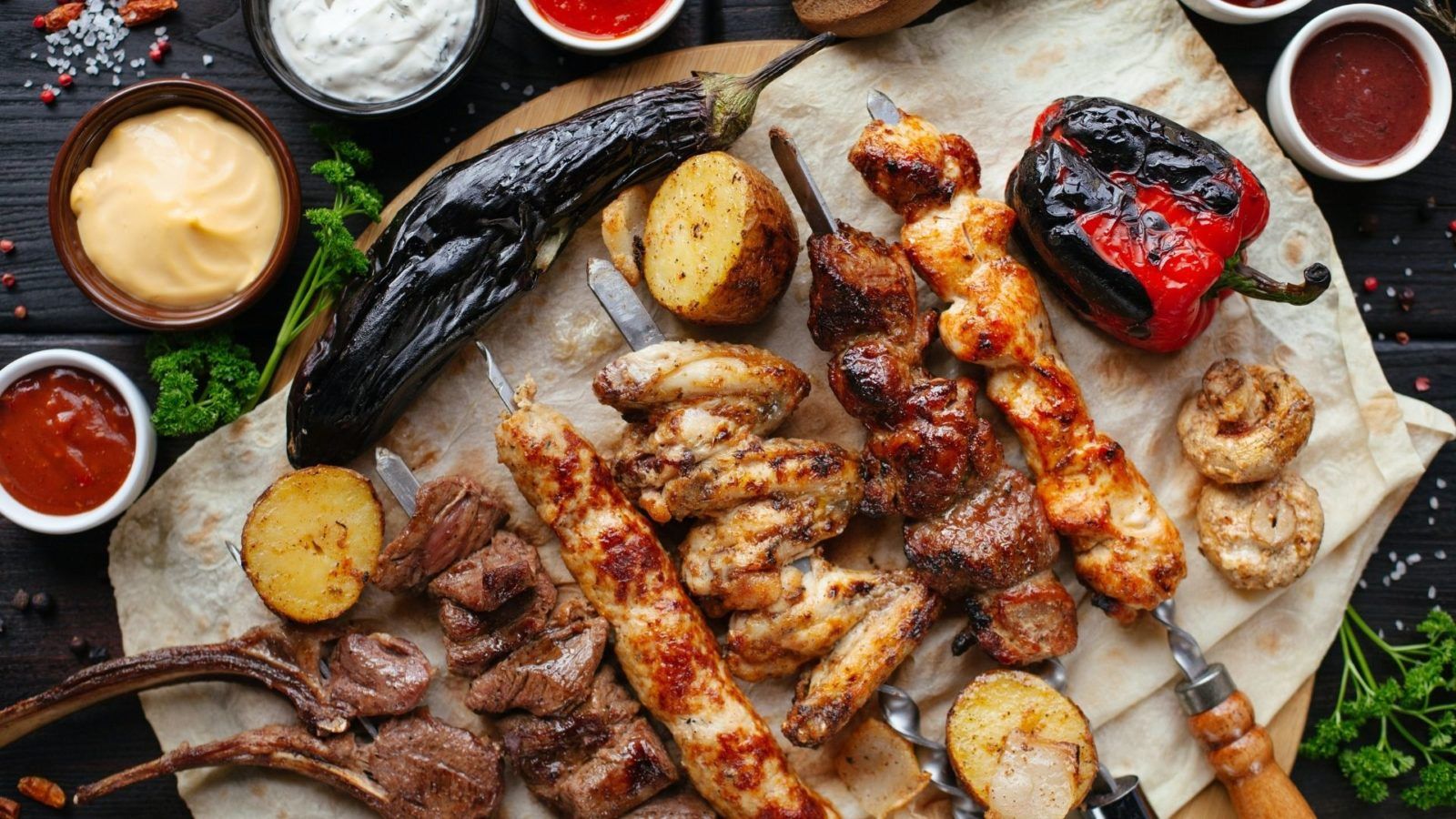 Kebabs in Kolkata you should try during your next culinary outing

North India is famous for its legendary kebabs, but Kolkata has its own fair share of mouth-watering kebabs. Head over to these eateries for the best kebabs in Kolkata.

There is no better way to spend a monsoon evening in Kolkata than digging into juicy, succulent grills and kebabs. A culinary mix of Afghani, Turkish, Mughlai and jazzing Irani dishes, these kebab joints in the city are as old as time itself. The gorgeous meat slices, sprinkled with pinches of spices and the flames of the grill meet what we need when hunger pangs set in.

The influence of Mughlai cuisine in Kolkata is not new. Having dominated the city’s culinary scene for centuries, Mughlai food in Kolkata is not restricted to just biryani. However, if we look back at the history of kebab culture in a highly meat-loving city like Kolkata, we can find a lot of influences from the cultures of neighbouring nations. We have listed some of the best places to grab kebabs in the city.

Where to get the best kebabs in Kolkata 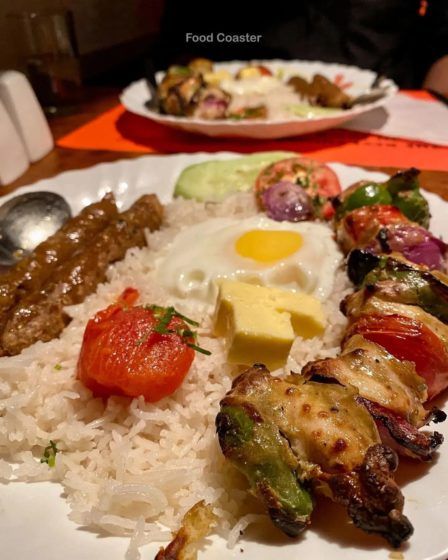 Known for its tender and juicy Chelo Kebabs, you can’t miss this iconic place in Park Street that’s a local favourite. You get both vegetarian and non-vegetarian options, but the melt-in-the-mouth mutton chelo kebabs are something a hardcore non-vegetarian should not miss. The Chelo Kebab comes with chutneys, buttered rice and a fried tomato. Apart from this, Peter Cat is also famous for its Paneer Irani Kebab, Vegetable Shammi Kebab, Mutton Shammi Kebab, Chicken Irani Kebab, Chicken Tikka Kebab, Sheek Kebab and Dum Ki Raani. 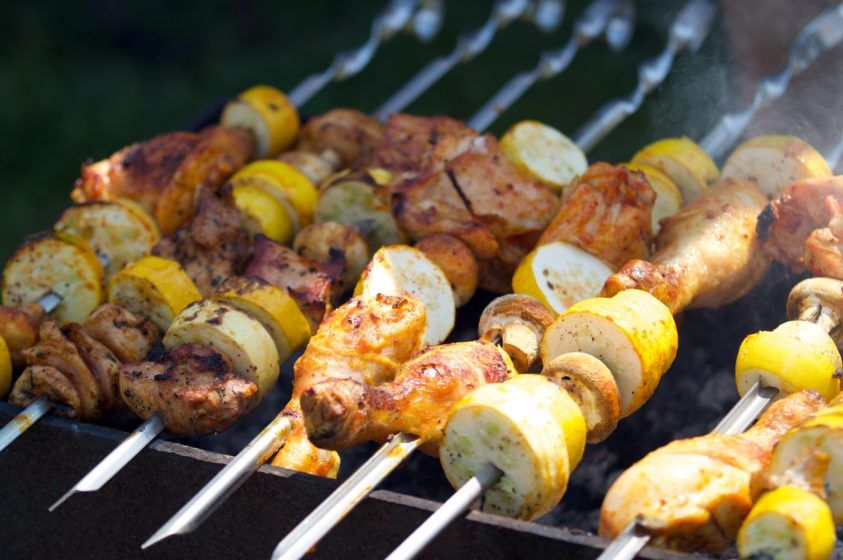 Oudh 1590 has already made a mark in the city. While the decor and ambience of the place transfer you back to the Mughal times, their fares and servings will make you feel royal. Their Galawati Kebab is a must-try, along with their Zafrani Kebab and Awadhi Sugandhi Mahi. 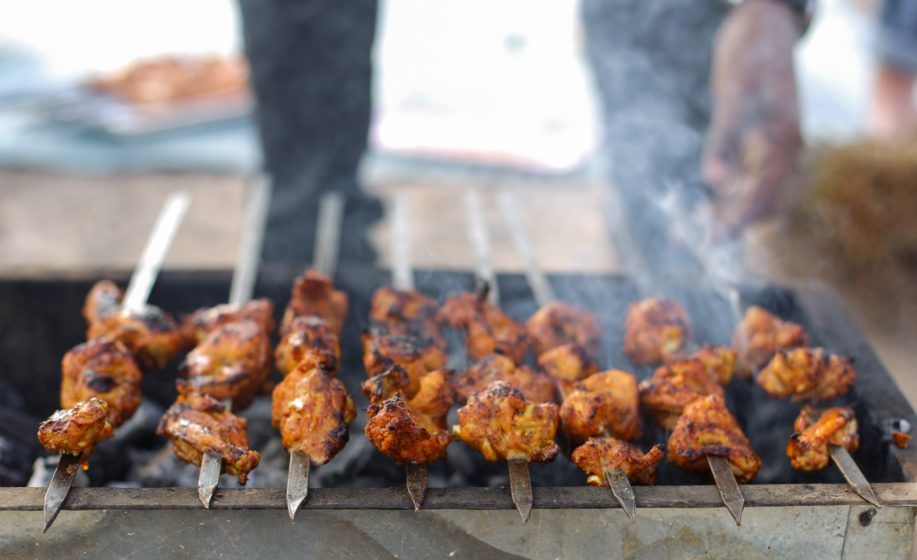 A favourite spot for midnight chai and kebabs in the city, Bachan’s Dhaba is nothing fancy. But that doesn’t mean it compromises on the taste and serving portions. Chicken Hariyali Kebab is a must-try here. It is tender, juicy and will melt in your mouth, and the dhaba has maintained its consistency in quality for years now. You can also try their Chicken Reshmi Kebab and Fish Tikka. For vegetarians, the Paneer Tikka is a great option here. 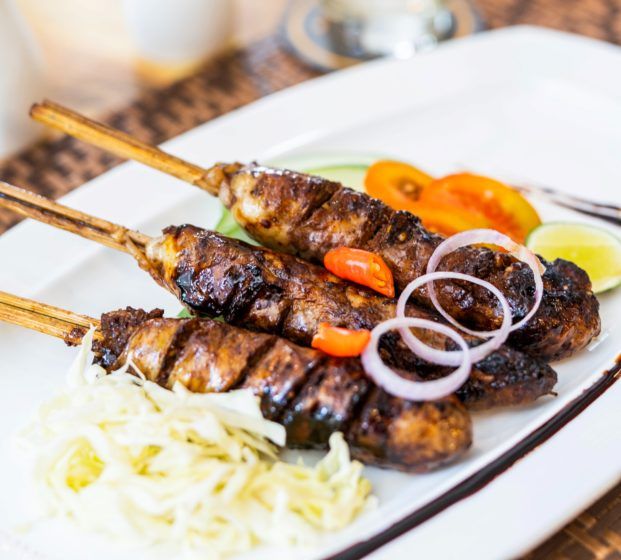 A name that has been associated with quality Mughlai cuisine in Kolkata for years now, India Restaurant comes with the right balance of flavours, texture, and aroma. The Chicken Peshawari and Chicken Kanti kebabs are must-haves here. Their India Restaurant Special Kebab is topped with cheese and will melt in your mouth. They also have Kebabs in Butter Masala, like the Fish Tikka Butter Masala, which is another must-have here. 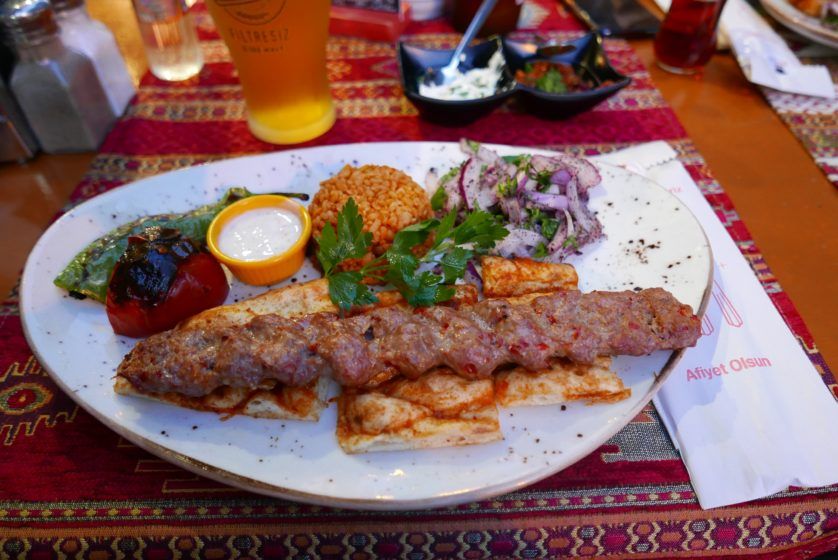 Speaking of the best kebabs in Kolkata, the list would be incomplete without the mention of Nizams. This popular joint serves a variety of kebabs- from Chicken Seekh Kebab to Mutton Galauti Kebab. Some must-try kebabs are Peshwari, Reshmi and Afghani kebabs in both chicken and mutton variants. 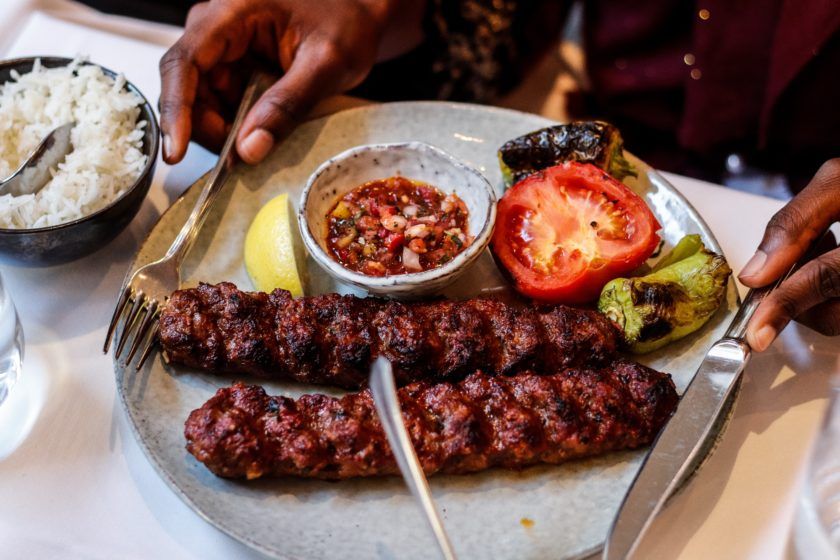 If you are looking for the most delicious and spiciest Iranian Kebabs in the city, this is your address. Their Tangri and Reshmi Kebabs are juicy and succulent, while their Paneer Tikka Masala remains a delicious option for vegetarians. But if you are looking to experiment with your kebabs, they have a wide range of options. Tangri Kebab, Tikka Kebab, Hariyali Kebab, Malai Til Kebab, Boti Kebab, Bara Kebab, Reshmi Kebab and Kati Kebab are some of these.

Address
56, Park St, Mullick Bazar, Park Street area, Kolkata, West Bengal 700017
Phone
+91 85850 07649
Visit here
Kebabs Kolkata dining Kolkata takeaway restaurants Best Kolkata eateries Best Asian restaurants in Kolkata Best kebabs
Sreetama Basu
A self-proclaimed plant mom, Sreetama finds joy wherever she sees greenery. The list of other things that bring her joy is pretty long, but writing about them is her way of celebrating them. In love with little, inconsequential things, like neatly tucked-in bedsheets and big, significant things, like whole cheesecakes. She dreams of being a baker and writing about food someday.
Food Dining Entertainment
Sign up for our newsletters to have the latest stories delivered straight to your inbox every week.

Wake up to these scrumptious sweet and savoury porridge recipes

Eating out in Guwahati: 8 restaurants every foodie must visit

Visit these restaurants in Delhi for the juiciest barbeque grills