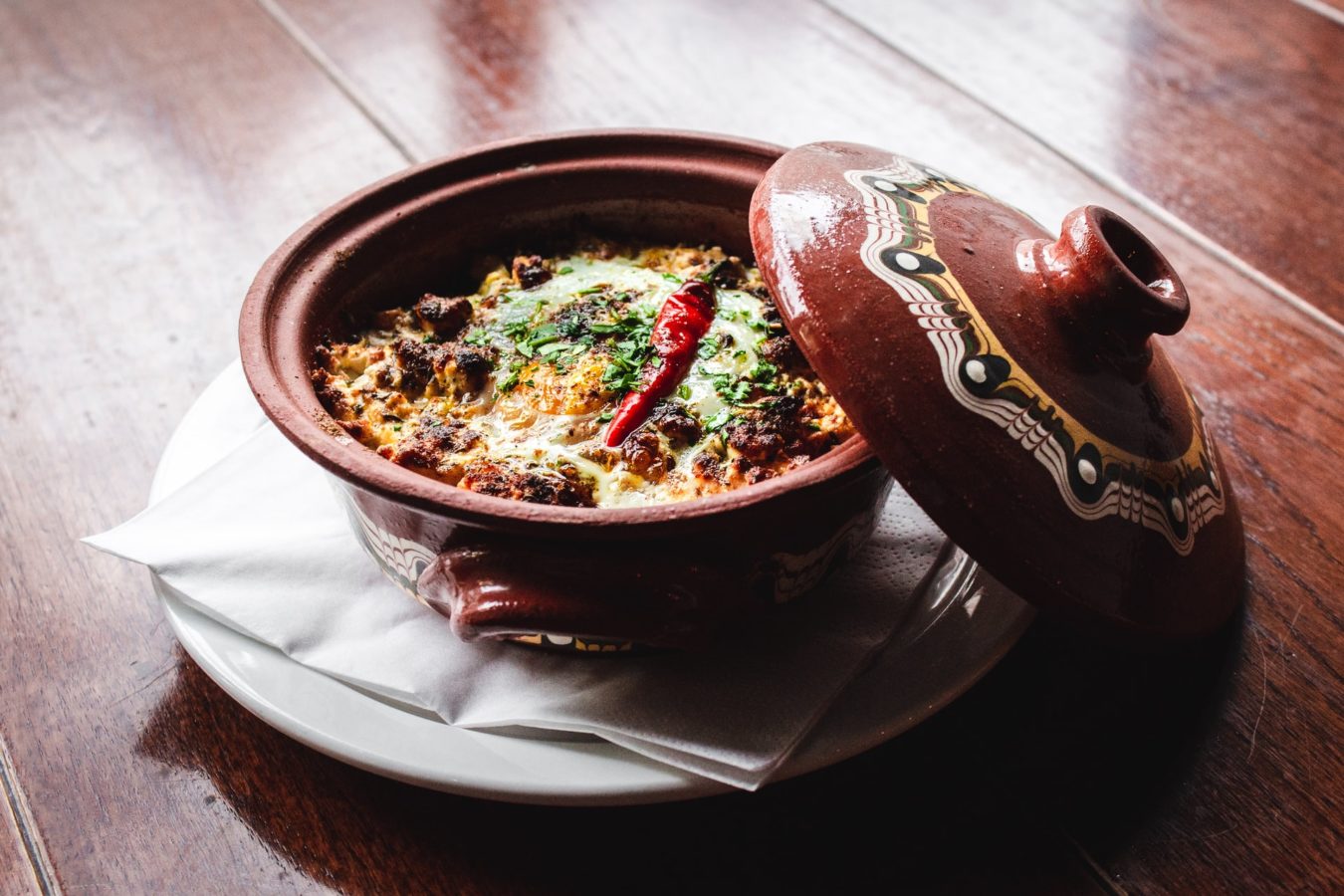 Food & Drink
Food trends 2020: Are duck and turkey the next big thing on Indian menus?
Share this article
Next article

If you’re one to browse through the non-vegetarian selection at restaurants, you’ve probably noticed the increasing appearances of duck and turkey preparations. Will this be the sleeper hit of food trends 2020?

Move over the salmon carpaccio, would you like some duck risotto or turkey shawarma hummus? You read that right, restaurants are exploring new meats again, and this time its fare that slips into your existing palate seamlessly. Unlike sushi which was a developed taste for many, or pork preparations which are still slow to take to, at least in North India, duck and turkey slip into keemas, sandwiches, mussalams, makhnis, biryanis, and more without seeming like foreign flavours.

Most recently an endeavour was executed by Chef Sabyasachi Gorai, who created an at-home fine dine experience using duck and turkey. Celebrated for his restaurants Lavaash by Saby (Delhi), Byg Brewski (Bengaluru), Mineority (Pune), with the pandemic taking over he brought his delicacies right into our dining rooms. He created Keema Khari with turkey breast, hands down one of the best keemas I’ve had. There was Junglee Maas with turkey leg, a Kerala stew with duck breast, and duck biryani. While the turkey dishes bring a lightness, the duck is slightly heavier yet all the more flavoursome. “Both are high on nutrition and are extremely lean meats. While turkey is the leanest, the duck is way healthier than chicken. The chicken skin and fat had almost no use in dishes, while the duck skin can be consumed with the meat, and fat can be used in other dishes as well as to cook its own meat,” he says.

Of course, these lean meats already existed at super fine dine places, however, their advent onto menus of restaurants one visits more regularly began about a year back. Not a blazing trend, it’s been a gradual process as the chefs dip their toes into introducing patrons to duck and turkey dishes. For a country that’s largely not exploratory with its meats, it’s not an easy task to undertake. Be that as it may, we’re lucky that the food industry is at a stage where restaurants aren’t simply a business, but an art for those running it. Hence, we have chefs who are more than willing to take on the teething pains of initiating us into new culinary territories. 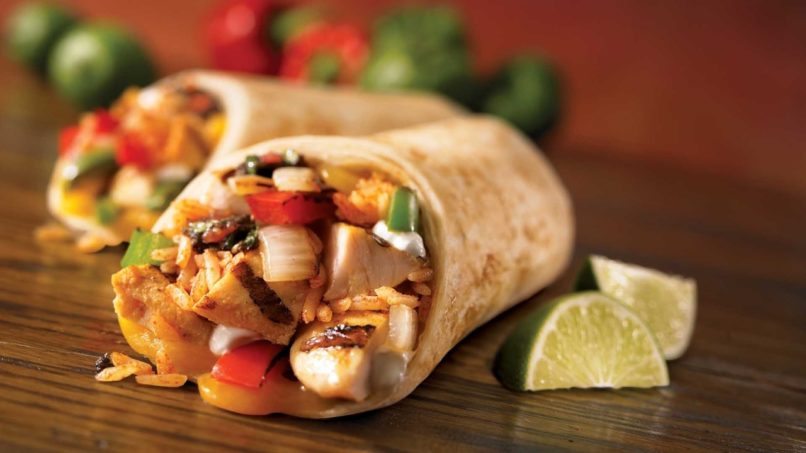 While Chef Saby’s was a limited collaboration with U.S.A.Poultry & Egg Export Council (USAPEEC)—where birds are never given any antibiotics, hormones, or steroids; we also have the meats on permanent menus. One being Nege & Ju (Delhi), whose Chef Ravi Kant Shukla agrees with the health benefits of these over chicken or lamb. As does Chef Devendra Khetle of Rue Du Liban (Mumbai), “It has less cholesterol, sodium, fats and trans fats, and is higher in quality protein, calcium, zinc and vitamins which helps to keep vitals in check.” So, what brought on this trend in the first place? According to Saby, the new crop of French restaurants has been a contributor, while Shukla believes, “In the past couple of years, we have seen tremendous food literacy and the willingness to experiment amongst people. This is primarily because of overseas travel, especially to Europe and China, and perhaps food shows as well.”

Food & Drink
Two restaurants in one? That’s Nege & Ju for you, Delhi

What’s great is that both duck and turkey translate into Indian cuisine easily. Also, it may be new to restaurants, however the meats aren’t too new to home food in several parts of the country. “If we look at traditional Indian cuisines and eating habits across the country, duck has always been consumed in Southern India especially amongst the Syrian Christian Community,” says Shukla. Khetle adds, “They have a larger flavour profile making them great alternatives for chicken. It takes some work to incorporate the flavours simply cause these meats already come with bolder flavours themselves when seasoned correctly, the results can be amazing.”

While Nege & Ju has a duck risotto, Rue Du Liban offers turkey wrap and shawarma hummus too. “Another example would be using a whole turkey marinated with Indian spices which could be served as a delicacy for a family get-together. These meats provide a lot of options to be incorporated into Indian dishes,” shares Khetle. And Saby elucidates, “Turkey can be used as boti pieces for boneless dishes, and can be made into a keema. Duck breast lends itself to all possible mild Indian curries, especially the southern and eastern cuisine. The duck leg is a fantastic quality of meat that works for classic Indian dishes such as the mussalam biryani. The best part about the duck is that we can use it entirely which reduces a lot of wastage.”

If you’re looking expand your palate and replace your existing meat intake with these healthier and flavoursome options, then the chefs have some tips to offer. “Start by having these lean meats in place of chicken in an Indian or Thai curries with a higher flavour profile such as a bhuna masala, achari masala, red curry or panang curry. Another option would be try tikkas made out of these meats. A good combination for European cuisine would be a honey and balsamic glazed duck breast or even a duck risotto,” says Shukla.

Khetle has some healthy suggestions, “Try making roast turkey breast or duck breast with desired spices and flavouring. Shred it or slice it and put it a healthy wrap or with blanched vegetables.” And as these go so well in home cooked dishes, Saby offers up advice on how to cook the meats. “Whenever we are cooking with duck or turkey, we either use the breast or the leg, and not both. Also, since the breast needs minimum cooking and the leg needs maximum time, the parts should be used in any dish accordingly. So the breast will work great for slow-roast and pan fried dishes, while the leg needs to be braised for a longer time for both duck and turkey.”

There are plenty more restaurants who are a part of this movement. Like Fig & Maple (Delhi) that does a Thanksgiving turkey, The Kimono Club (Delhi), and ShangHigh (Mumbai), amongst others. Whether you try making it at home or while dining out, the duck and turkey meats sure make a strong case for themselves, and they don’t seem to be fading away from menus anytime soon. On the contrary, given the health and taste benefits, we may just see a gradual increment in the space they hold.

Food Trends Delhi Food Mumbai Food Chef Saby
Megha Uppal
Senior Associate Editor
An innate love for travel and food has translated into many a trips since childhood for Megha; it also fed her curiosity to know about local cultures. When not writing, she is on the lookout for three things: A great dark chocolate dessert, a beautiful pool where she can practice her backstroke, and art that she can save up for.
Travel Culture Food Drinks

Restaurants open in Delhi: Our top 10 picks to dine out safely