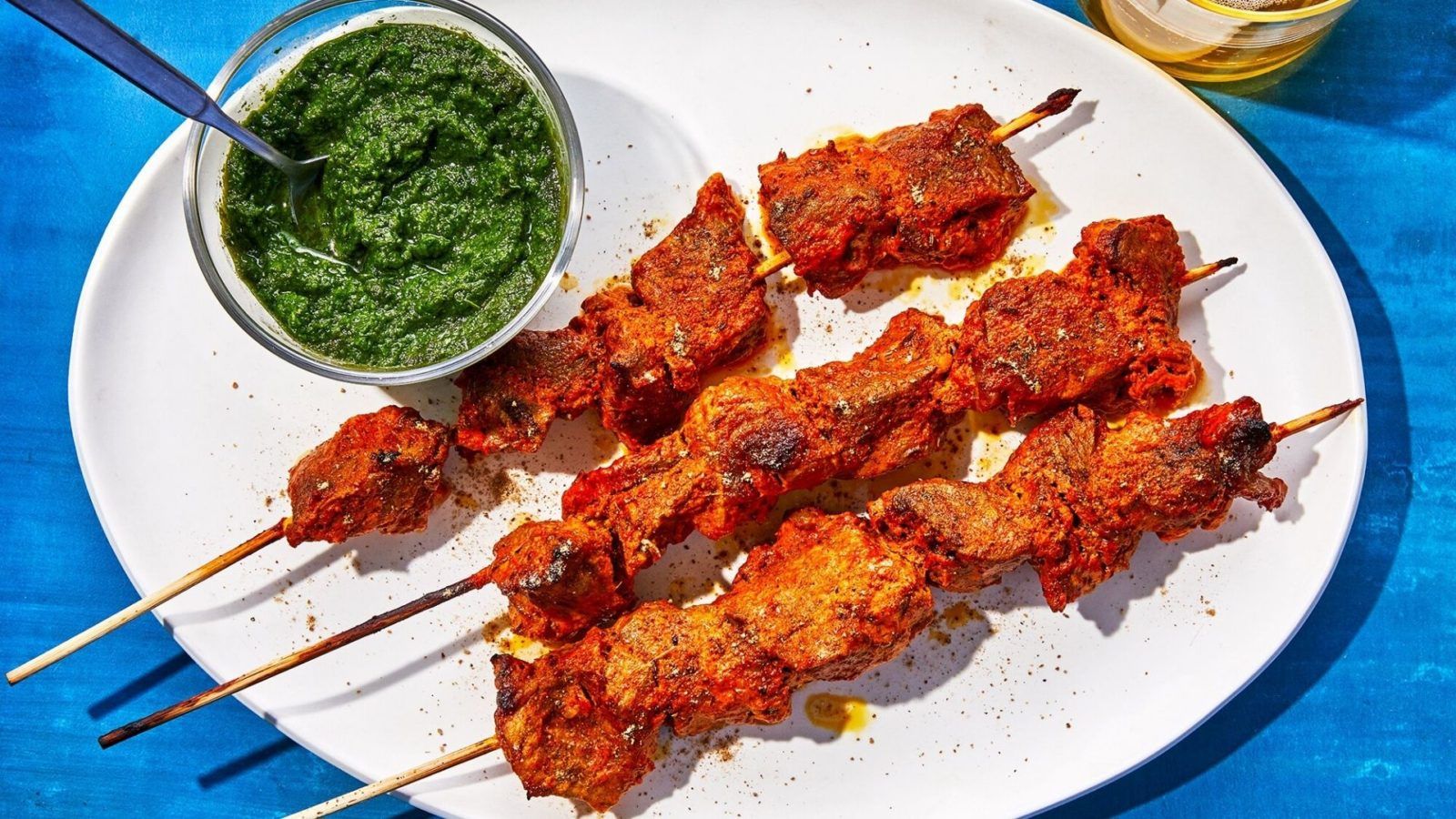 Expert tips on how to make mind blowing kebabs at home

“Everyone seems to think that Indian food is just saucy curries like butter chicken,” explained restaurateur Roni Mazumdar on stage at the 39th Food & Wine Classic in Aspen. But to think that, he says, is to skip over the beauty and the vastness that is the reality of the cuisine. That includes the great Indian tradition of grilling — most notably kebabs. While they are typically cooked in a tandoor, a cylindrical oven, chef Chintan Pandya, who alongside Mazumdar is a 2022 Food & Wine Game Changer, has a number of tricks for achieving perfect boti kebabs using a standard home kitchen. (Boti simply refers to the style of kebab, which in this case is chunks of meat on a skewer.)

How to make kebabs at home?

The biggest key to stellar boti kebabs is a two-step marination process. “If the meat isn’t tender, it hasn’t been marinated properly,” says Pandya. He likes to first marinate the protein with a mix of garlic and ginger paste, malt vinegar, and crucially, shredded green papaya skin. The enzymes from the green papaya help to soften the protein. (Pandya says that if you can’t find green papaya, pineapple works well, too.)

This mixture is slathered over the meat and then left to rest for two hours before the second marination. This round, the kebabs are coated with spices like turmeric and garam masala, and a generous amount of Greek yoghurt. The meat should be left to marinate for eight to 12 hours before firing up the grill, or in this case the oven.

How you skewer the meat can make all the difference between a good kebab and a great kebab, according to Pandya. He likes to use thicker skewers that don’t have to be soaked and threads the meat evenly onto the stick so that there are no large gaps between the pieces. If you can turn your skewer upside down and the meat does not move, you have successfully completed the task, says Pandya. He cooks off the kebabs on a large baking sheet drizzled with a generous amount of mustard oil (Pandya prefers the flavour of mustard oil over other oils, but olive oil would also work well.)

Once the kebabs are cooked, Pandya likes to baste them with plenty of melted ghee or melted butter. It makes the meat that much more luxurious, says Pandya. He also likes to sprinkle the kebabs with a pinch of chaat masala, which is a spice blend you can easily buy at any South Asian grocery store.

According to Pandya, it takes the kebabs to the next level and adds an extra layer of zingy flavour. And while you can serve the kebabs with whatever sauce you like, Pandya recommends quickly blitzing together a cilantro-and-mint chutney for dunking and drizzling over the meat. So go forth, and kebab!

9 easy and healthy ways to fast during Navratri