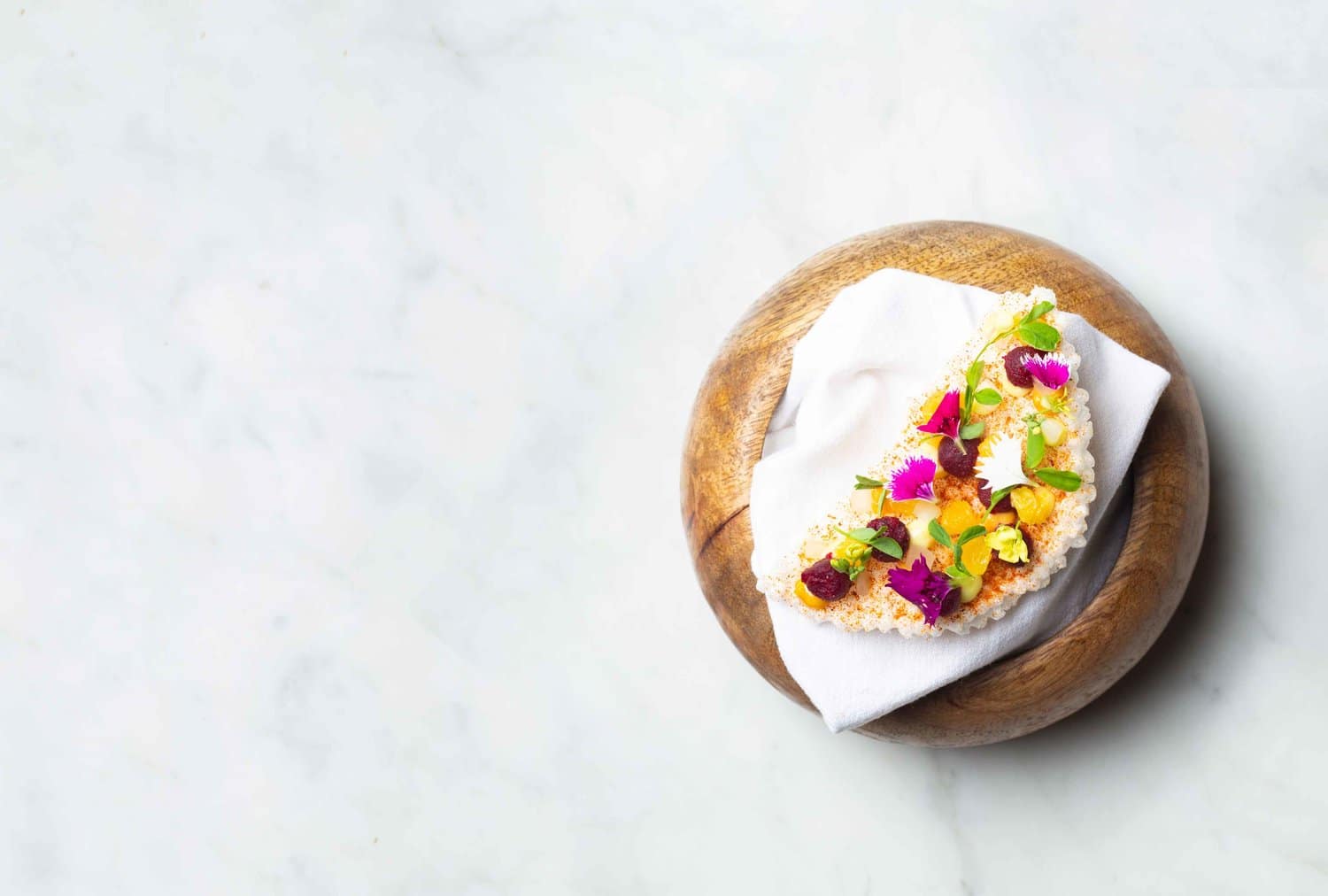 The latest buzzword in the culinary world isn’t an easy one to embrace, especially for India’s fine dine restaurants, but for the handful that are willing to source local ingredients, signatures take on a whole new meaning!
Imagine a dish that is near impossible to reproduce – in taste, texture or look. Simply because the key ingredients that give it that distinct flavour are only grown for you. In a nutshell, that’s what hyper-local means – produce cultivated or grown on the premises of a restaurant. A step forward from the Locavore movement, which started in 2005 in San Francisco’s Bay Area by three women who wanted to challenge residents to eat only foods grown or harvested within a 100-mile radius, the catchy term went on to become Oxford American Dictionary 2007’s Word of the Year and the movement evolved from strength to strength. 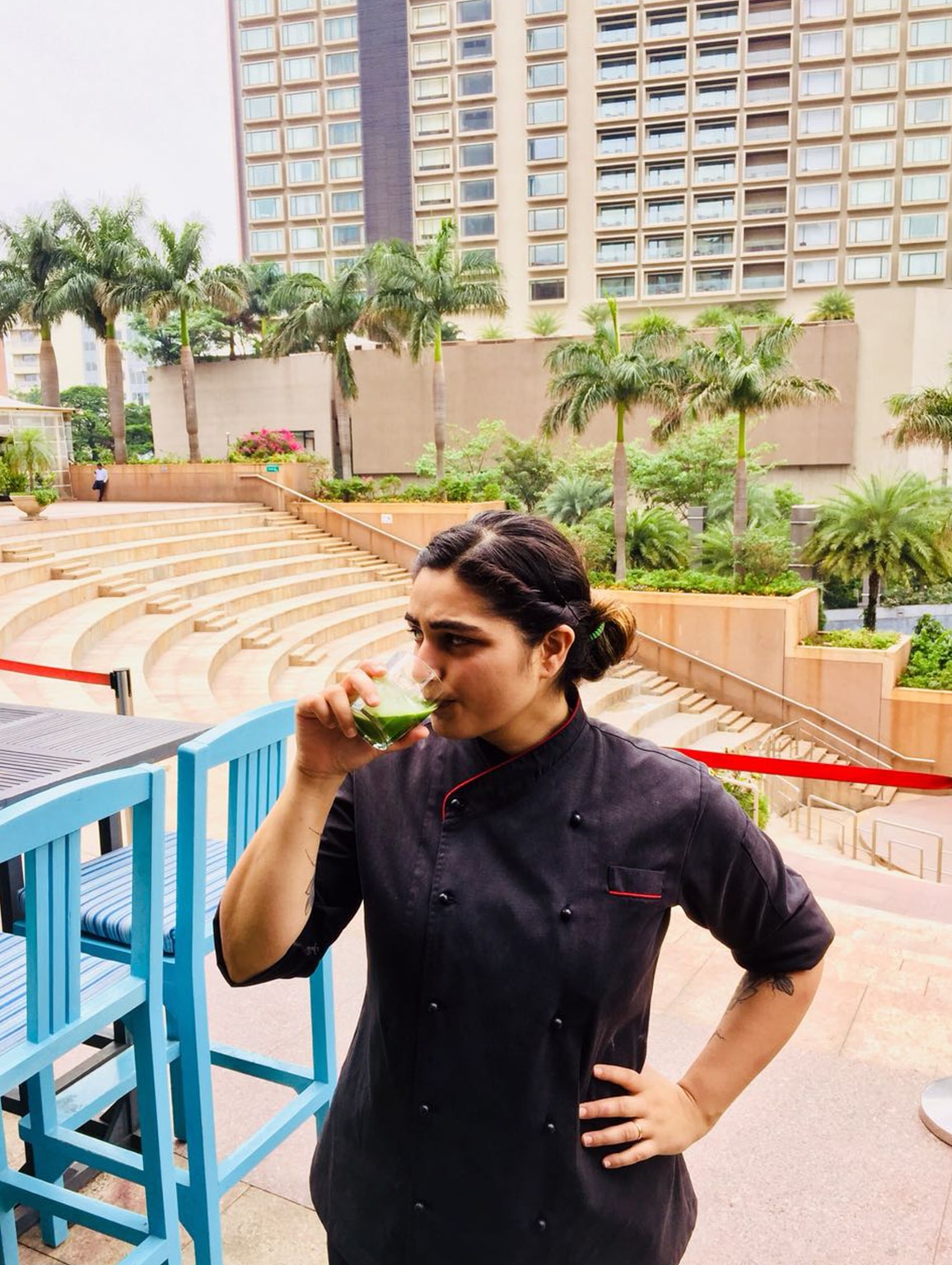 Chef Pallavi Mithika
An early advocate of the slow food movement in India, Pallavi Mithika, the Senior Sous Chef at Fava, Bangalore elaborates, “Hyper-local means a dish that has a majority or all of its ingredients grown, or cultivated by the restaurant. This can include everything from a salad containing greens grown in a restaurant’s own garden to pubs that offer beer brewed on-site. Even though I have my difficulties with the word ‘trend’, it’s definitely catching on as consumers are aware of what they are eating, where it comes from, how it is grown and the environmental impact their food has.”
Globally, no single restaurant has done more to shine the spotlight on the hyper-local trend than Noma. René Redzepi’s foraging-heavy cooking style changed tourism numbers in Copenhagen and paved the way for Nordic cuisine before shuttering in 2016 with plans to re-emerge as an urban farm and host pop-ups in Australia and most recently, Mexico. But like most gastronomic trends, hyper-local too has developed a dynamic meaning depending on the establishment in question.

I mull over this as I sit down for a 13-course Chef’s Tasting Menu at Avartana. A pioneering restaurant that would be at home anywhere in the world, this gem sits at one end of Chennai’s sprawling ITC Grand Chola and is at the forefront of making Southern peninsular food relevant in the modern context. The aperitif, so to speak, here is a Tomato Rasam distilled in a French Press and served in a martini glass. While one can ooh and aah over the presentation itself, the dish is concocted with a locally sourced type of tomato indigenous to Salem, homegrown coriander as well as black pepper from Tellicherry. While they are not exactly hyper-local, the kitchen is on the right path. As Chef Nikhil Nagpal explains, “Sourcing the best ingredients for a restaurant like Avartana is sacrosanct, so we go to the place of origin of each component to ensure a better connect with the dish and the region.” 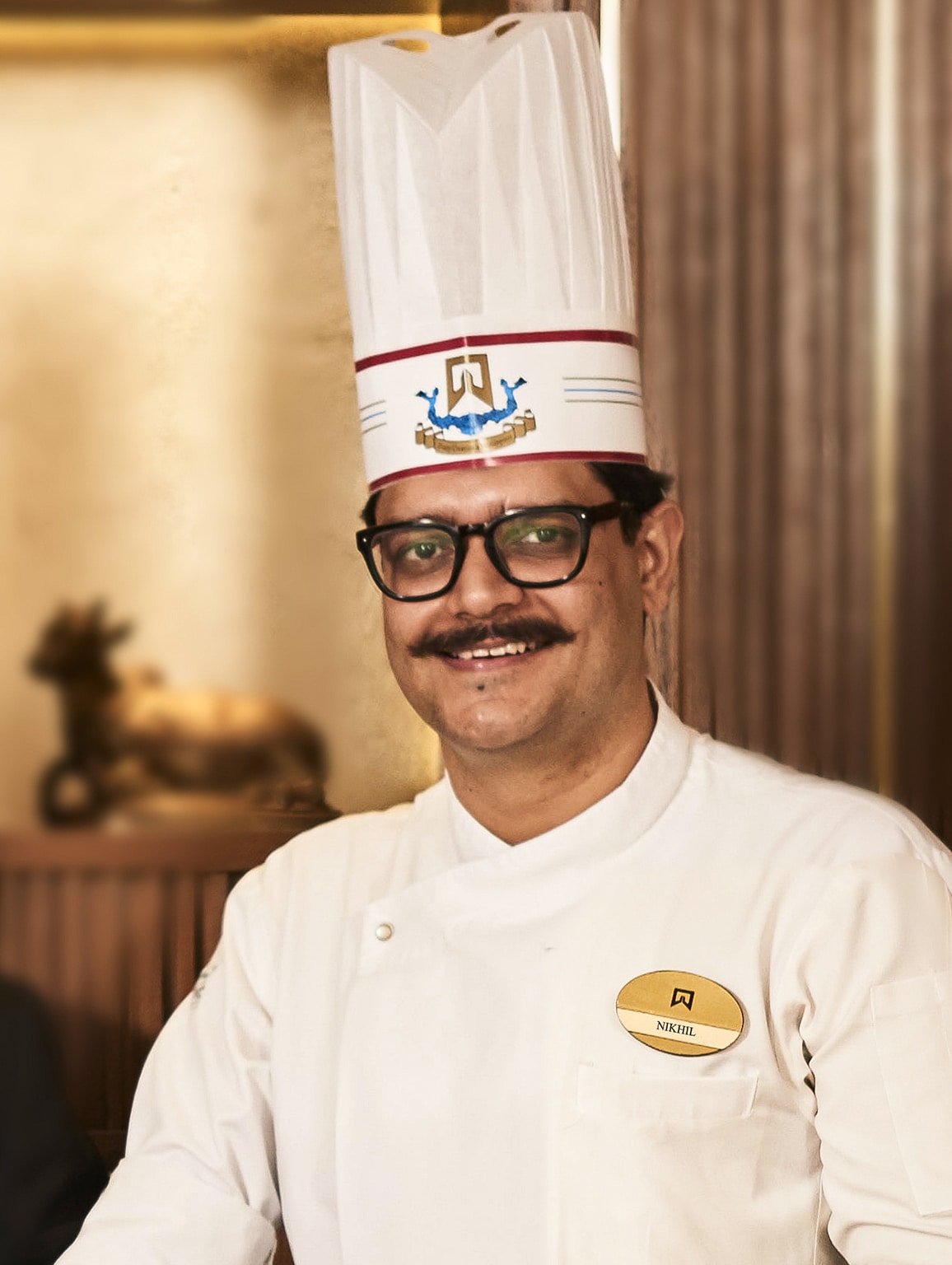 Chef Nikhil Nagpal
What Avartana is focussed on is an extension of hyper-local, known as “locally sourced”, where food is sourced from a place close to the restaurant or grown exclusively for it in an environment that can be monitored. As a more feasible, and dare we say economical, approach to fine dining, the weekly (almost-secret) pop up restaurant – Epic at The Leela Ambience Gurugram also follows the same philosophy. Executive Sous Chef Abhishek Gupta, who not-surprisingly has finished a summer stint at Noma heads the experimental kitchen. “Our prime motive is to work on locally sourced ingredients and cook with them in order to support our farmers and buy as much as possible from them,” he tells us while passionately talking about the farms producing seasonal fruits, vegetables and herbs that form the core of his dishes like Biorythm – Aspects of Mango with diverse textures and forms of mango.

Equally intriguing are the attempts by AnnaMaya at the uber chic Andaz in Delhi’s emerging Aerocity. Although a foodhall, it offers a refined dining experience that elevates even ordinary meals into a lesson in sustainable sourcing. Their intent is to celebrate local ingredients from across the country by supporting small scale farms, organic growers and artisans, but it’s their zero-mile microgreens that hog the limelight. Grown on the premises and set up by urban farmer Linesh Pillai from Terra Urban Farms, they utilise coconut coir instead of soil and consume a minimum amount of water. Much like their neighbour at Pullman – Pluck where the menu changes based on the seasonal availability of produce, a lot of which comes from their 5000 sq.ft in-house farm.

There’s a reason why most names on this list come from hotels, even though the last few years have seen non-hotel venues make bolder culinary strides. It’s difficult for standalone eateries to embrace this resource- and cost-intensive trend, unlike hotels that have the space and time. An exception is Bombay’s game changing experiential restaurant – Masque. The culmination of Chef Prateek Sadhu’s vision, who combines modern western gastronomy with unusual hyperlocal ingredients from India, his now famous Tomato Tart is a great showcase of the movement.
Trends might be transient, but as far as this one goes, there’s room for a lot more zero-mile cooking in India’s finest kitchens and we hope to see it become a norm rather than a novelty in the coming year.
All images: Courtesy brands