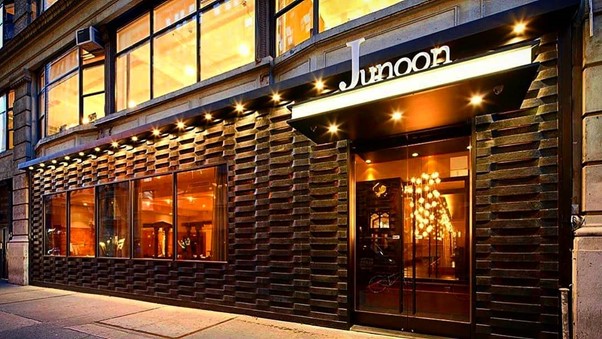 6 Michelin-starred Indian chefs across the world

Considered the pinnacle in the culinary world, getting a Michelin star is the goal of any restaurant. Some of the top restaurants in the world are awarded this prestigious accolade for being the best in a category.

Michelin stars are conferred once ‘anonymous’ diners visit the establishment to assess chefs and restaurants based on several parameters, including quality of food, consistency between other visitors, the expertise of chefs and hospitality.

However, one wonders how the Michelin star system came into being. This takes us back to 1889 when brothers Andre and Edouard Michelin founded the Michelin tyre company and handed out free guides about how to change tyres, places to visit and where to eat. Their gaining popularity gave a boost to their restaurant segment, which led them to hire a team of diners who would review restaurants anonymously. Thus was born the Michelin-star grading system and guide.

Since 1926, the Michelin guide has been reviewing and grading restaurants and eateries across the globe. One star denotes “a very good restaurant in its category”, two stars mean “excellent cooking, worth a detour” and three stars signify “exceptional cuisine, worth a special journey.”

However, it must be noted that the award is given to restaurants and not chefs in particular, even though it is primarily the chef who steers the ship. Therefore, one chef can work for two Michelin-starred restaurants, or two chefs can bring in two individual Michelin stars for the same restaurant over the years.

Additionally, the Michelin guide grading system does not exist in every country in the world. While the US, the UK, Italy, Japan, Thailand and Singapore fall in the territory where the Michelin guide grading exists, India does not.
Having said that, many Indian restaurants have been helmed by several chefs who have achieved this benchmark of culinary excellence for their restaurants elsewhere in the world. Let’s have a look at some of these world-famous chefs.

Chef Vikas Khanna was born and raised in Amritsar, Punjab. As a child, Khanna aspired to become a world-recognised chef and around 20 years ago, he left his hometown for the US to follow his dream.

Khanna’s first attempt at opening a restaurant was on 11 September 2001 about a kilometer away from the Twin Towers in New York. After the terrorist attack, his business came to a standstill, and he had to shut shop.
Three years later, he was recognised for his culinary skills at a non-profit called James Beard House who believed in nurturing chefs. This was a big step forward for Khanna.

In 2006, Khanna launched Spice Route and got his big break with his small restaurant. He was invited by another Michelin-starred chef Gordon Ramsay on the latter’s show Kitchen Nightmares.

However, Khanna went through another spell of hardship when recession hit in 2008, and he was employed by a Michelin-starred restaurant in Paris. Here, the brilliant chef was made to wash dishes and stack shelves.

But even that did not deter Khanna from believing in himself. He moved back to New York and in 2010, he opened his Indian restaurant Junoon in Flatiron district of Manhattan, New York. Since then, there has been no turning back.

The following year, Junoon was awarded its first Michelin star, which he continued to win for the next six years. Today, he is a globally renowned name who has several feathers in his cap.

From featuring in MasterChef Australia and being one of the judges on MasterChef India to cooking for the Obamas while they were at the White House, he has carved a niche for himself which only a few others have achieved.
Besides having several cookbooks to his credit, like Essence Of Seasoning and Khanna Sutra, Khanna launched a humanitarian initiative from New York called Feed India, which arranged for meals for millions of people in a COVID-19 pandemic-ridden India last year.

Khanna has also donned the hat of a filmmaker with his documentary titled Buried Seeds: Life Journey Of Chef Vikas Khanna. It premiered on National Geographic on 15 August 2021.

Chef Atul Kochhar is a well-known name in the culinary world and also the first Indian to be awarded the Michelin star for his London restaurant Tamarind in 2001. The following year, he opened Benares in the city’s upscale Mayfair district, which got him his second Michelin star. The pioneering chef went on to present Indian cuisine on a global platform.

“Our restaurants celebrate the life and culture of India and its bounty of beautiful flavours, aromas and spices through menus of magnificent dishes,” says chef Atul Kochhar on his website. His signature dishes and recipes are a combination of traditional Indian dishes and those of the British. Every plate that he creates will leave you wanting more.

Having spent over two decades in the UK, chef Kochhar returned home to launch Saga, with Delhi restaurateur Vishal Anand in Gurugram.

From Dalim Shakarkandhi (sweet potato with ruby pomegranate and yoghurt swirls) to Ayam Tikka and goat curry, Saga will floor you with any of its dishes.

Born in Mumbai in 1976, chef Vineet Bhatia has been quite pivotal in revolutionising Indian cuisine on the global front. After working as the executive chef at Mewar and Kandahar restaurants of the Oberoi group of hotels in Delhi and Mumbai, Bhatia left for the UK to experiment with various culinary styles and Indian food.

Bhatia introduced subtle flavours to minimise the robust taste of spices in the so-called ‘anglicised’ Indian dishes served in the UK at the time. His dishes, including Sevian talee jinghe (prawns deep-fried in a spicy vermicelli batter) and Multani bateyr (quail stuffed with chicken and dried fruits in a creamy gravy), created ripples in the restaurant industry in the UK.

However, it was in 1999 that he opened Zaika in Chelsea but soon moved it to Kensington High Street. Serving delectable dishes, like Dhunga machli tikka (tandoori-smoked salmon with spices, mustard and dill) and Veinchinna mamsun (spicy lamb masala, dry-cooked with bay leaf, peppercorn and cinnamon), Zaika soon earned him his first Michelin star in 2001.

In 2009, Rasoi by Vineet at the Mandarin Oriental in Geneva, Switzerland, was awarded a Michelin star. However, it was closed in 2016 only to be relaunched as Vineet Bhatia London (VBL). VBL serves modern Indian cuisine fused with international flavours with a master balance between both.

Apart from being a chef, Bhatia is also an avid traveller and adventure-junkie. The former MasterChef India judge made a pop-up restaurant at the Everest Base Camp for 10 lucky trekkers in 2018.

Creating quite a stir in the global culinary arena, the Mumbai-born chef inaugurated Gaa, a three-storied restaurant in Bangkok’s Phatumwan, in 2017. It serves contemporary Indian cuisine fused with global flavours. She acquires her ingredients locally and uses age-old traditional Indian cooking techniques to make some of the best dishes you’d ever try.

Arora became the first Indian woman to be awarded the prestigious Michelin star for Gaa in 2018. The following year, she also bagged the title of Asia’s Best Female Chef 2019 by World’s 50 Best Restaurants.
In a 2018 interview with Hindustan Times, the famous Michelin star chef, on winning the coveted accolade, said, “The dream is still a distant one, given the complications, the bureaucratic maze and the corruption. Just getting a liquor licence is such a long and expensive process.”

An interesting signature dish on her menu is the unripe jackfruit, which is a vegetarian main course featured among the non-vegetarian dishes. It is served with a roti-taco. Then there’s Strawberries and Royal Project Sturgeon Caviar with Hor Wor Oil. Hor Wor is a lemony herb which is sourced from the Chiang Rai forests for a more exotic flavour.

Arora is an alumna of the prestigious Le Cordon Bleu Paris. After graduating in 2010, she worked at Noma, Copenhagen, learning with René Redzepi.

The food wizard initially started as a journalist but soon shifted to the hotel business and found her calling. Training under chef Gordon Ramsay and then returning to Asia to work at world-renowned chef Gaggan Anand’s Bangkok establishment Gaggan as the sous chef, Arora has her focus on building a repertoire for herself that will define her unique style.

Winning a Michelin star in 2008 and retaining it for a record 14 years straight is an unbelievable feat only a few can achieve. Located at Taj 51 Buckingham Gate Suites and Residences, London, since 1999, Quilon is helmed by executive chef Sriram Aylur who has given coastal Indian food a global twist.

With consistency, innovation and top-class quality as its core principles, Aylur is on a drive to make the coastal food of southwestern India a global cuisine.

“We aim to convey our passion for South-West coastal Indian cuisine, through a quest for perfect ingredients and technique, plus a deep-seated desire to continue learning how to evolve and blend old traditions and modern tastes,” reads the Quilon website.

The signature dishes and the best-selling items on the menu include the black cod and coconut with asparagus and snow peas, Mangalorean chicken and masala dosa. At Quilon, Aylur also offers a tasting menu so that dishes can be tailor-made as per visitors’ tastes and preferences.

Strong influences of robust spices and complex flavours of South India find their due treatment and place at the Taj Campton Place under the supervision of executive chef Srijith Gopinathan.

For over a decade now, chef Srijith has helmed the Taj hotel and has held a Michelin star for eight years for this iconic San Francisco culinary haven. It was in 2016 and 2017 that he went on to win the coveted two-star accolade.
Gopinathan has given quite a modern twist to traditional Indian flavours and has defined a Cal-Indian taste palate at Campton Place.

In February 2020, chef Srijith launched his own Cal-Indian restaurant in Palo Alto, California, Ettan. The team only had 22 dinner days before it had to close due to the COVID-19 pandemic. Being the optimistic person he is, Gopinathan is sure the ensuing times will open new opportunities to explore.

Restaurant Michelin star best fine dining Michelin star. michelin-starred chef
Trinetra Paul
An ardent foodie, Trinetra seeks every opportunity of travelling and writing. Storytelling and slam poetry are her go-to jam. Her lazying around ideas includes binge watching and whipping up some snacks or searching the next place to visit.