Home > Food & Drink > Dining > Are you even Indian if you haven’t tried these popular curries at least once! 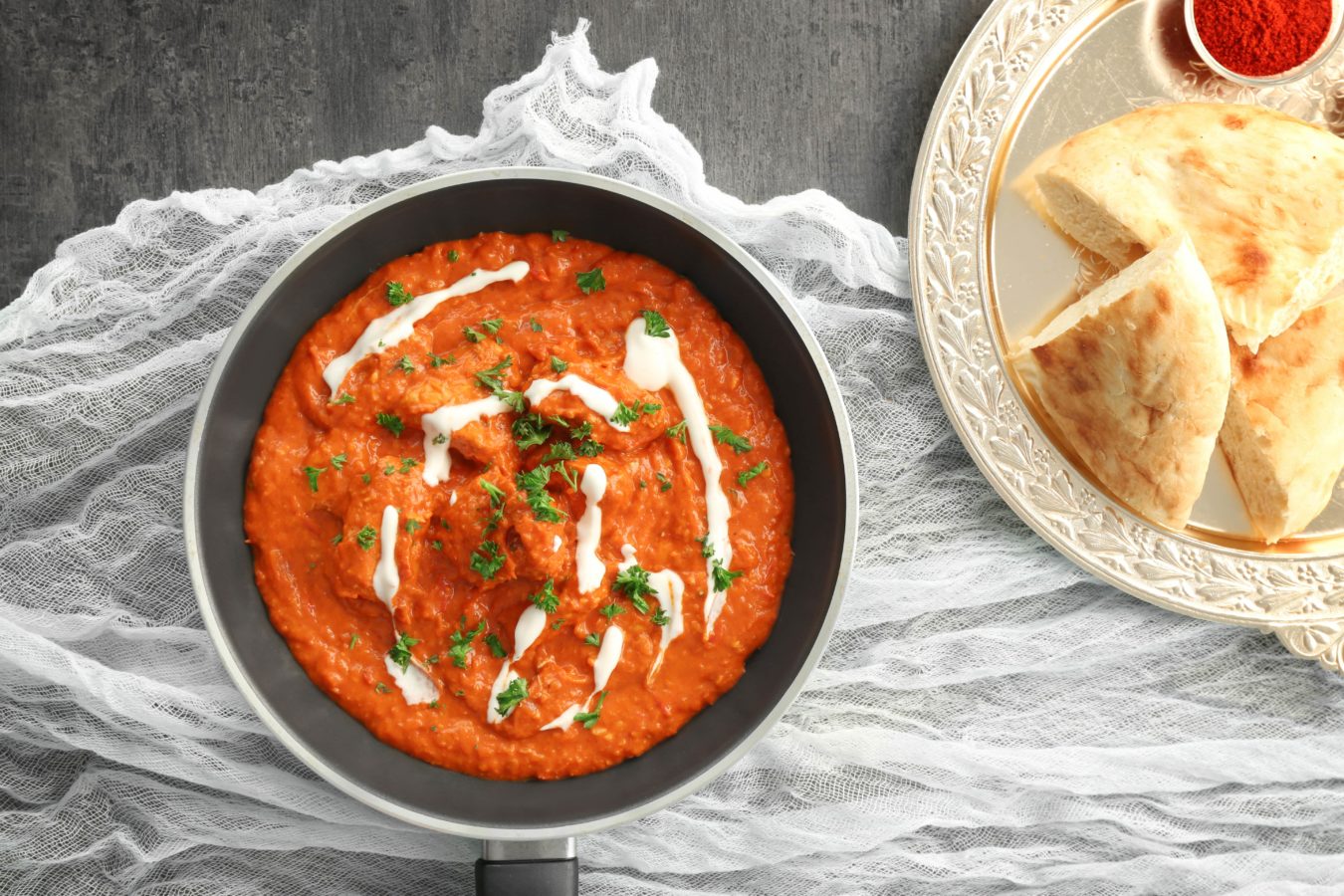 Are you even Indian if you haven’t tried these popular curries at least once!

Food & Drink
Are you even Indian if you haven’t tried these popular curries at least once!
Share this article
Next article

Curries in India are an extension of its people here. A traditional and exquisite culinary fare, it is a must for every foodie to try at least these 15 curries in India once in their life.

With a gastronomic fest on offer, India’s curries are as diverse as India. From spices to ingredients, each state in India has a palette to offer in terms of taste and texture. Be it the high on spices of the northern states or the subtlety that eastern India offers, one thing is for sure, you can never get bored of curries. 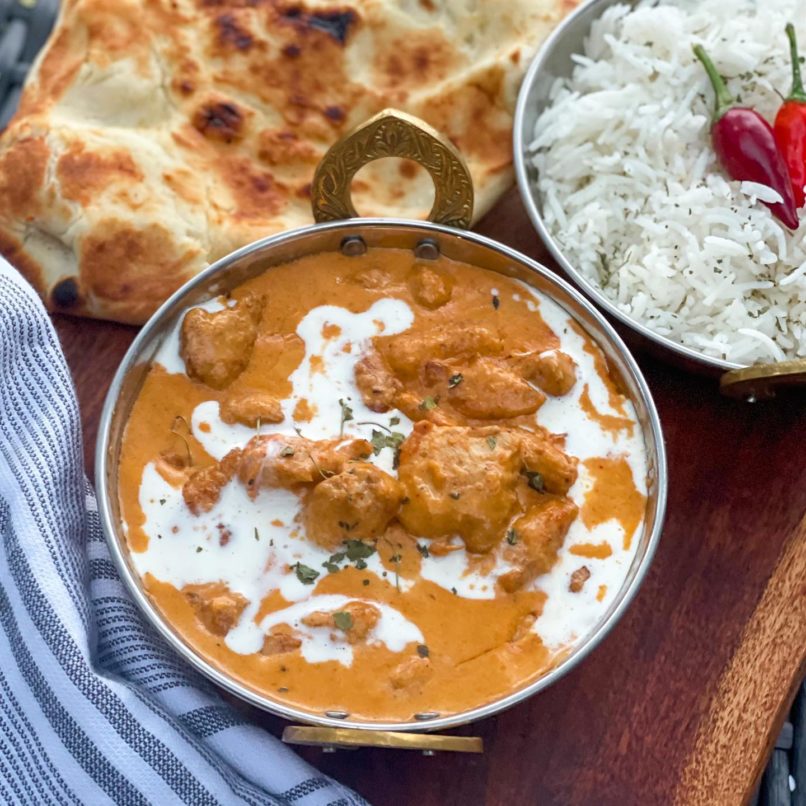 No list of curries would be complete without the creamy goodness that butter chicken is. With a gravy made of tomato, spices, cream and butter and grilled chicken pieces, this is almost a staple in north India. The chicken is marinated for hours in yoghurt and spices and then grilled and dipped in the silky gravy. Butter chicken is best had with naans and is sure to put you in a food coma! 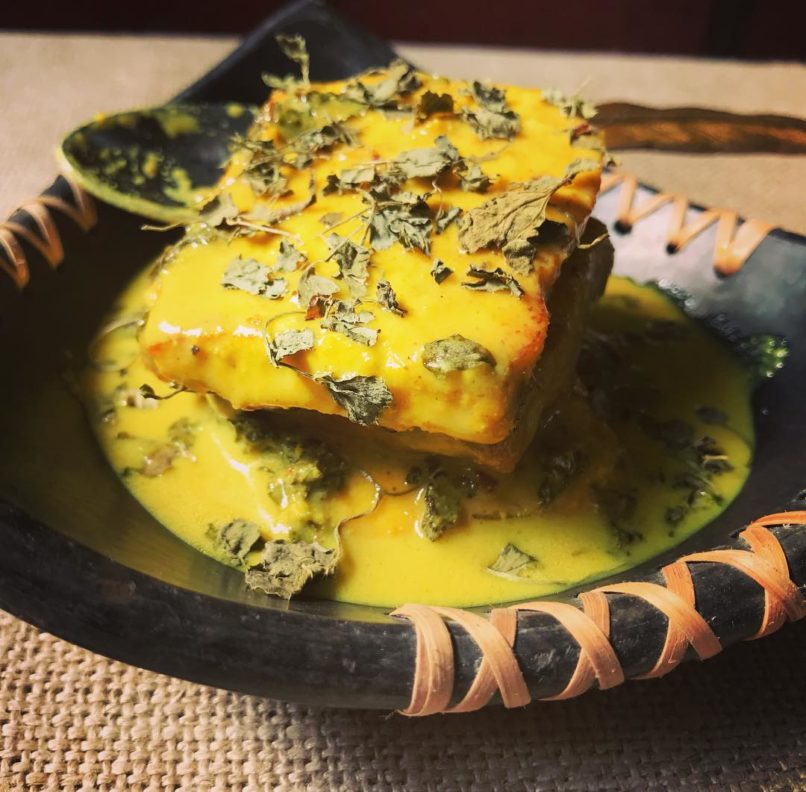 You know Kashmir for its rogan josh and dum aloos and the delicious beef kebabs. But Chaman Kaliya is a lesser-known paneer delicacy that you must try when in Kashmir. It’s a milk curry that is spiced with fennel and cardamom, adding rich and subtle flavours to it. Preferred with fresh paneer, this is hugely popular among vegetarians in Kashmir. But all it takes is one tasting for a non-vegetarian to become a fan of this dish too. 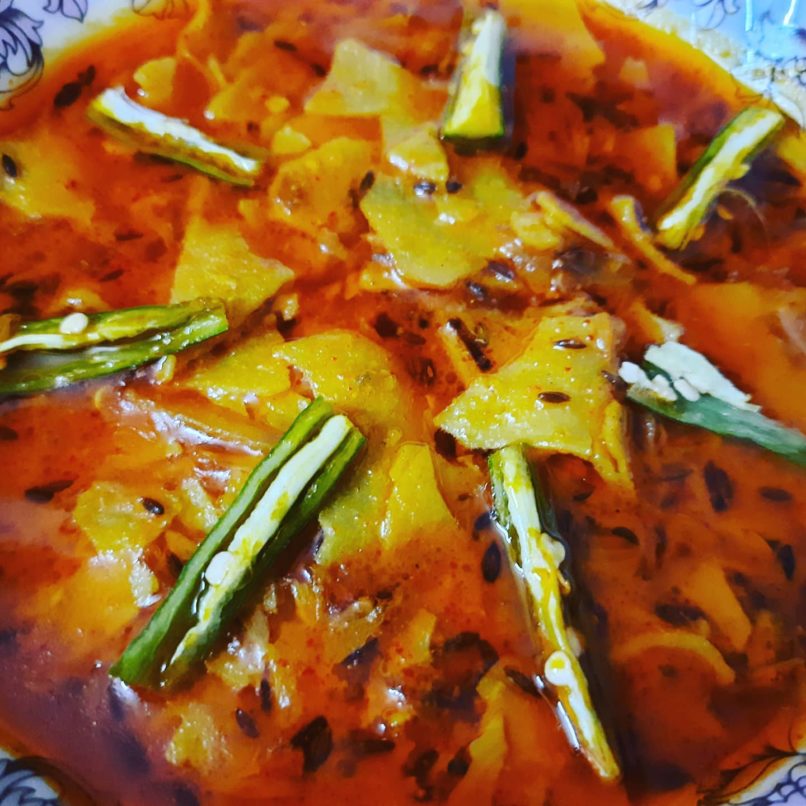 This vegetarian curry from Rajasthan is not as famous as the Rajasthani kadhi or the daal baati churma, and we wonder why. This traditional curry, a staple for the Marwaris, is made from buttermilk and corn or makai, which are thinly rolled into papad like sheets. These are dried over a course of months and then dipped into the curry as and when needed. This delicious curry is quick to make and so tasty, it will leave you asking for more. 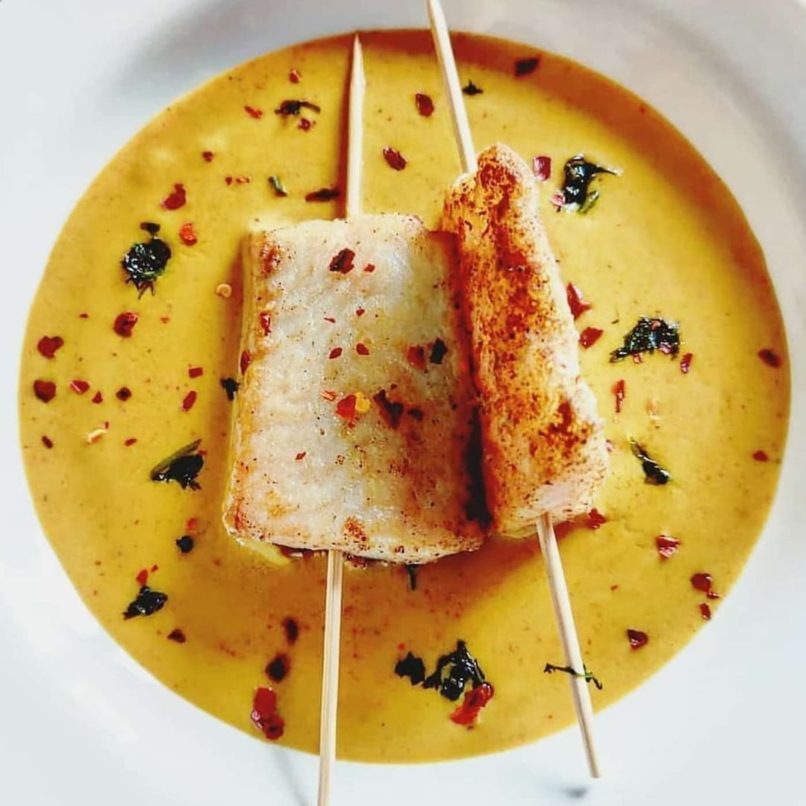 Originating from the Malvani cuisine in Maharashtra, this fish curry is made from coconut milk and ground Malvani spices. This is what makes it so authentic and exquisite. Made from a whole range of spices, like coriander, cumin, fennel, cinnamon, cloves, nutmeg, peppercorns, bay leaf and star anise, this curry is fiery and is loaded with flavours. If you want to taste one of the best curries in India, this is definitely one of them.

Gear
4 food photography apps to level up your Instagram game 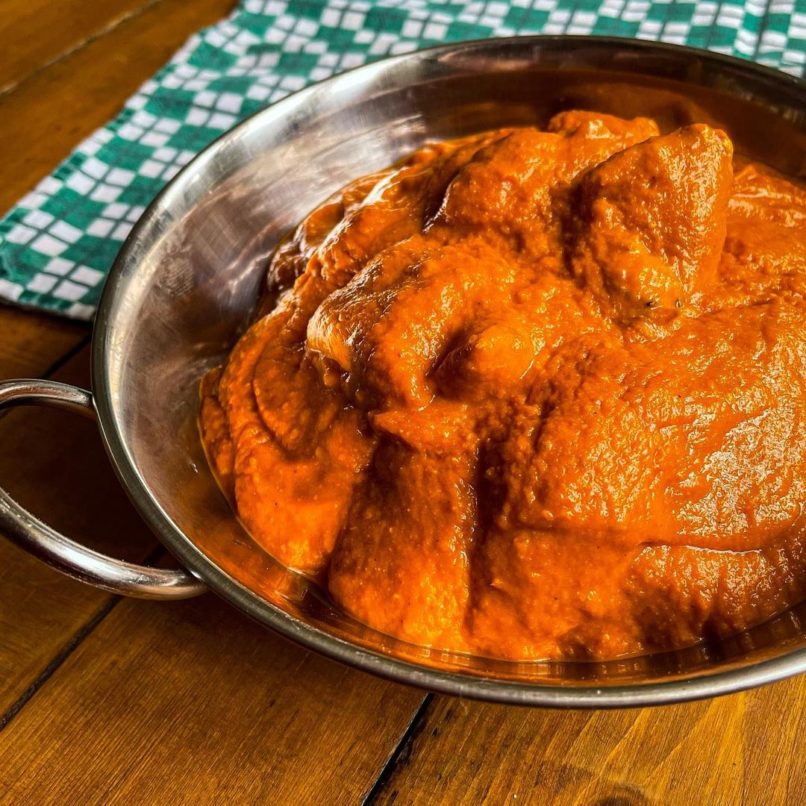 Who hasn’t tasted this famous chicken curry? In simple words, it is a dish made from marinated and then roasted chicken chunks dipped in spiced gravy. The taste, however, is anything but simple. Cooked in mashed tomatoes, yoghurt and a variety of spices, this is one of the most popular curries in India. Even though it originated in Punjab, you can find chicken tikka masala on the menu of most Indian restaurants, wherever you go. 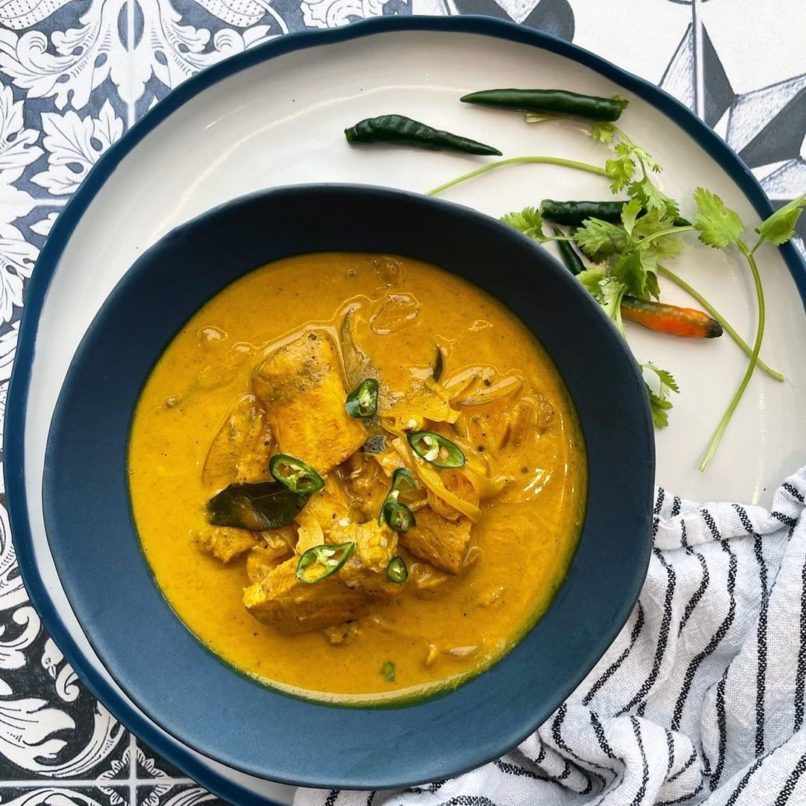 Meen, or fish, is a staple to the coasts of Kerala, and Meen Moilee is one of the curries that you have to try at least once. Staying true to its Kerala roots, this curry is cooked in coconut oil and is made from coconut milk, spices, tamarind paste and Kerala garam masala. Meen Moilee or Fish Molly is derived from the original fiery hot Kerala fish curry and was modified to make it less spicy so that it could suit the low spice tolerance of the Britishers back in the day. 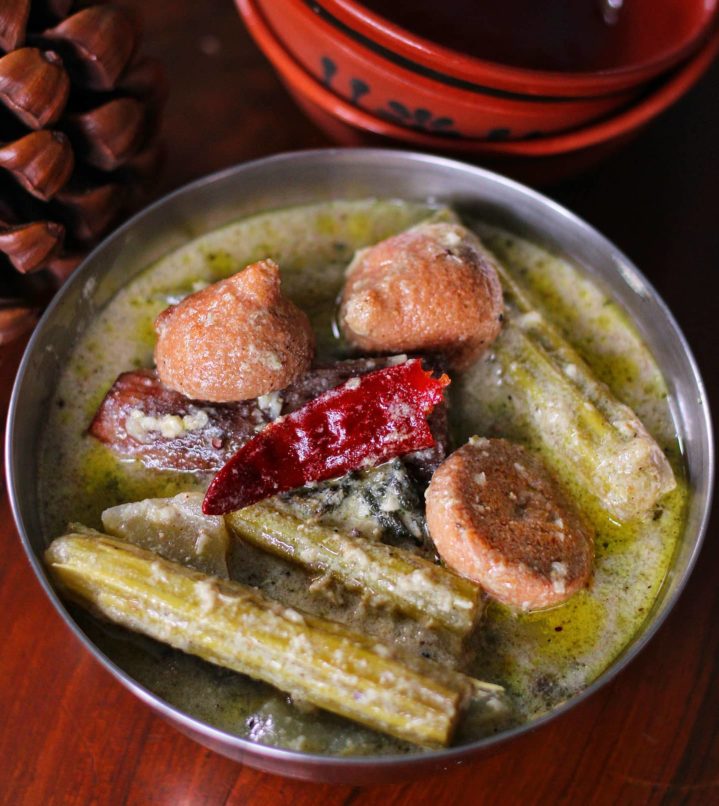 Move over the maacher jhol or fish curry of Bengal. The Bengali vegetarian cuisine is a world of its own and something that locals cannot do without. Served with rice, shukto is a vegetable stew. But if you think it’s bland, think again. It is made from a variety of vegetables, any vegetable that you can think of, but primarily sweet potatoes, brinjal, papaya, beans, drumsticks. These vegetables are cooked in a gravy of milk, flour, grated coconut, ghee and spices. The result? A delicious bowl of vegetarian goodness. 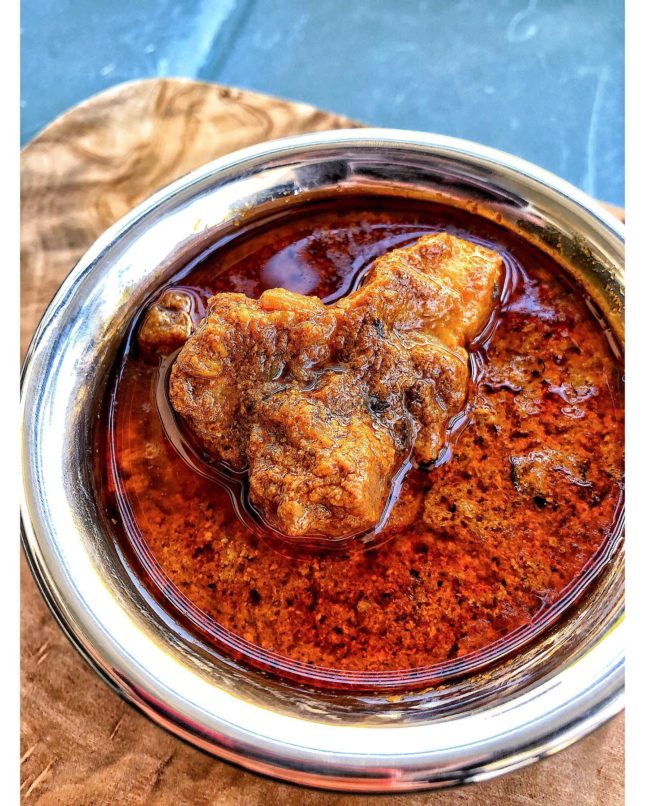 You can’t talk about the best curries in India and not talk about Vindaloo. Having originated from the Portuguese colony in Goa in the 16th or 17th century, Vindaloo has a rich history and, well, a rich taste. Made from Kashmiri chillies, spices, sugar or jaggery and vinegar, Pork Vindaloo consists of ground pork shoulder. For everyone who has been to Goa, you know the flavour fest that this curry is. It is spicy and tangy and everything you want on your plate. Eastern India has a whole world of curries to offer that we probably don’t know of. But we know that we can never get bored of trying new curries. In fact, some of the best curries in India can be found in eastern India. Doh Nei long is a Khasi style pork recipe made with black sesame. Made from spices that can be found in any Indian household, the uniqueness of this dish lies in the black sesame and the earthy flavour of the gravy. 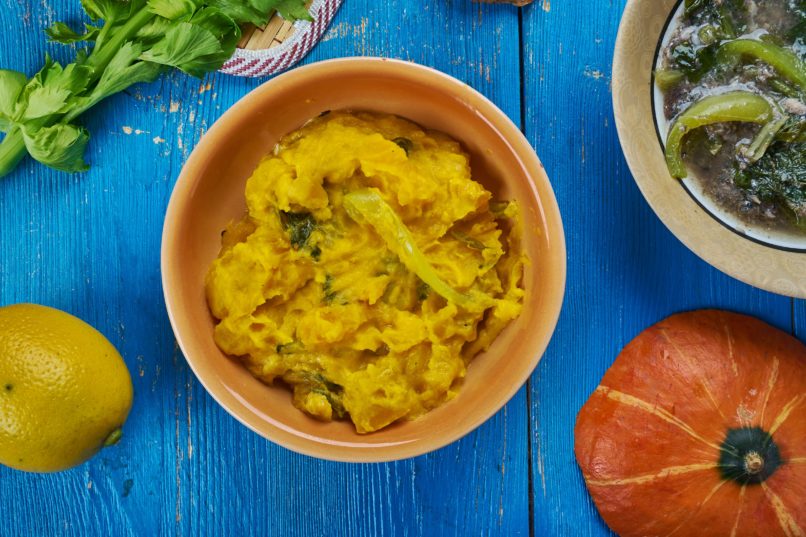 This is probably one of the most unique curries in India that you have not tasted yet, and if you have, chances are that you are already a fan! Why do we call it unique? You will know soon. Banana skin is first dried and then burnt into ashes. The water that is made to run through the ashes is then filtered and that filtered water is used to make the gravy of Khar. You will find a few variations of this dish throughout the state, based on the main item in the gravy — be it raw green papayas or lentils or fish. 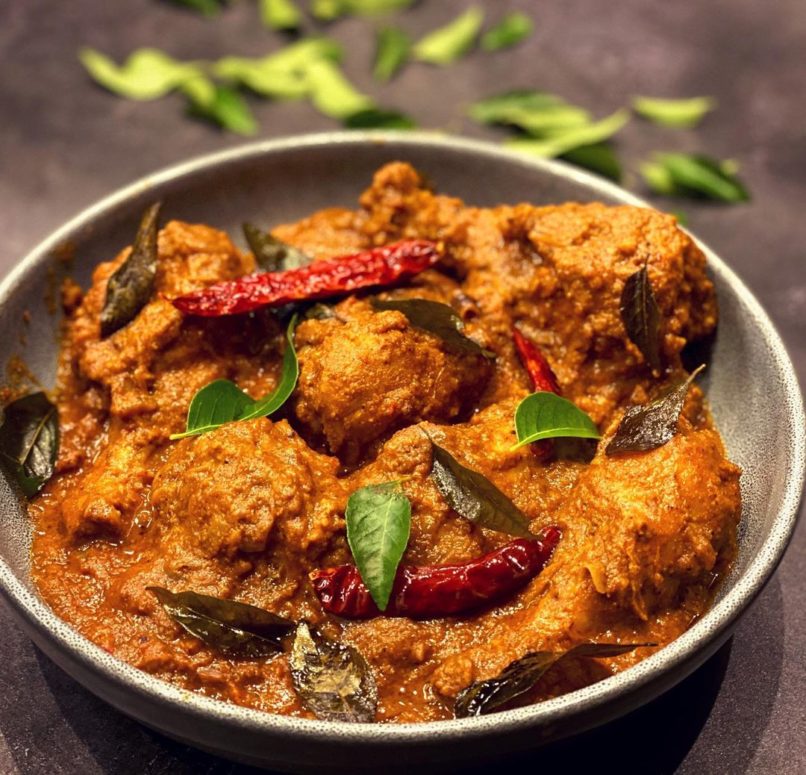 Originating from Chettinad in Tamil Nadu, Chicken Chettinad is quite a popular dish all over India. The chicken is marinated in a number of spices and that is what makes all the difference. The gravy is then made from coconut paste, whole spices, chopped onions, curry leaves and tomatoes and then garnished with coriander leaves. Served with steamed rice, Chicken Chettinad is full of rich flavours and spices.

Food & Drink
How to make your new favourite fried chicken 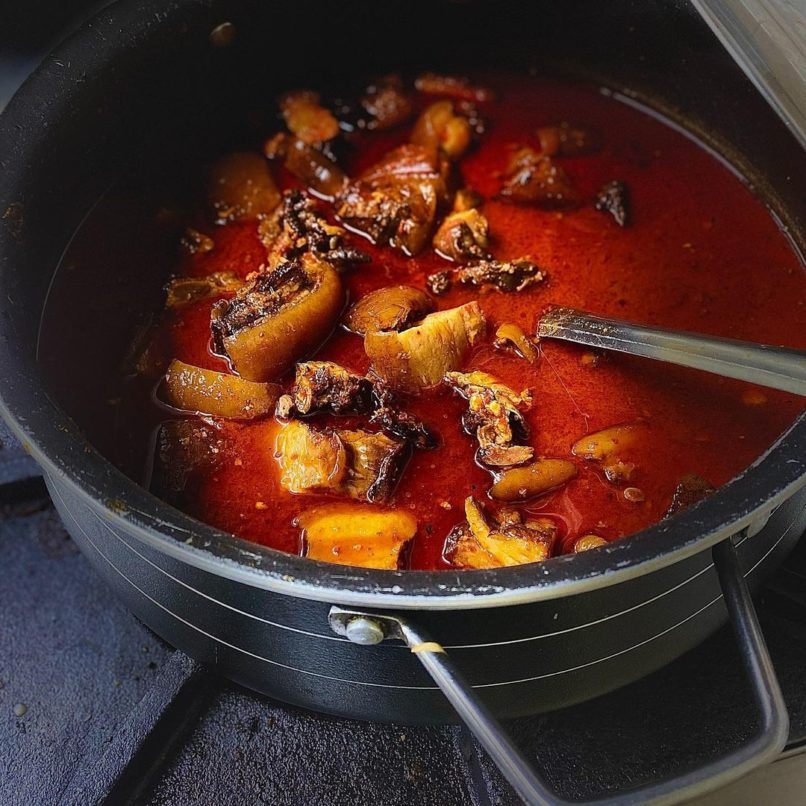 This dish is known to have originated from the Sema tribe in northern Nagaland. Akhuni or Axone is fermented soybean that is known for its highly distinct smell and taste. Pork is one of the main dishes of the people in Nagaland and akhuni in itself can be used both as an ingredient and as a condiment too. Made from akhuni paste, smoked pork, ginger and garlic, this dish is definitely something that you must try at least once in your life. 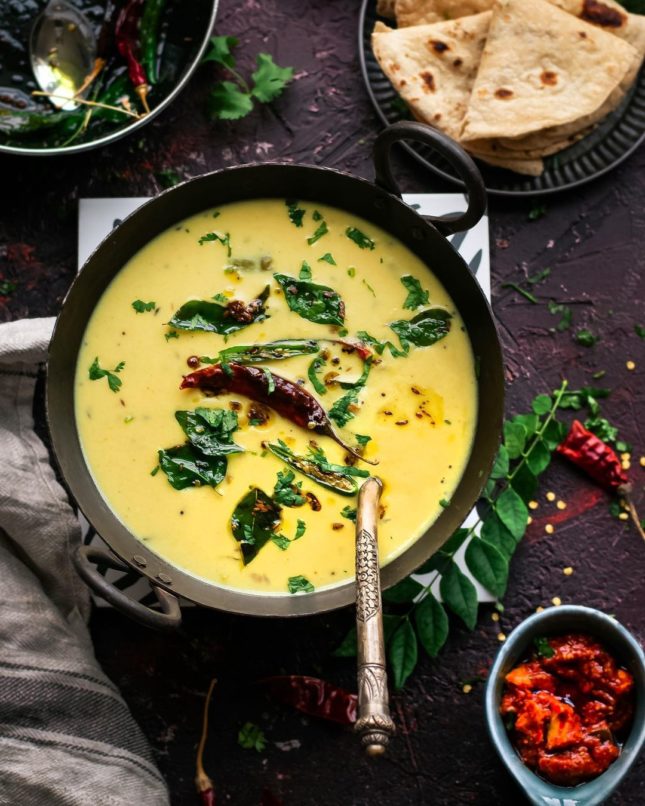 While most Indian states have their own version of this very famous yoghurt-based curry, Gujarati kadhi is slightly different from its other counterparts. Instead of yoghurt, this dish uses buttermilk that gives a silkier texture to it. Made from buttermilk, gram flour, herbs and spices, kadhi is best had with steamed rice for a meal to fill your tummy and heart and soul. 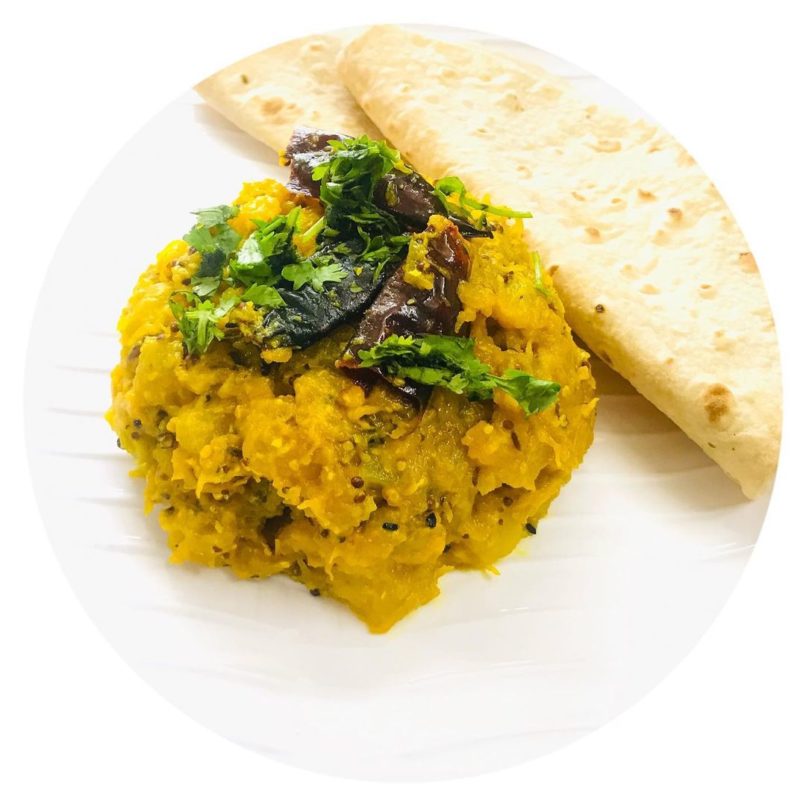 Pahadi cuisine is a delight of its own and is best enjoyed in the lap of the mountains. Auriya Kaddu is a pumpkin curry in Himachal, that is next on the list of the best curries in India. Seasonal pumpkins, flavourful gravy and hot steamed rice — what’s not to like? It is made from seasonal pumpkins, dried mango powder (amchur) and other spices and made into a rich, tasty gravy with a bunch of flavours. 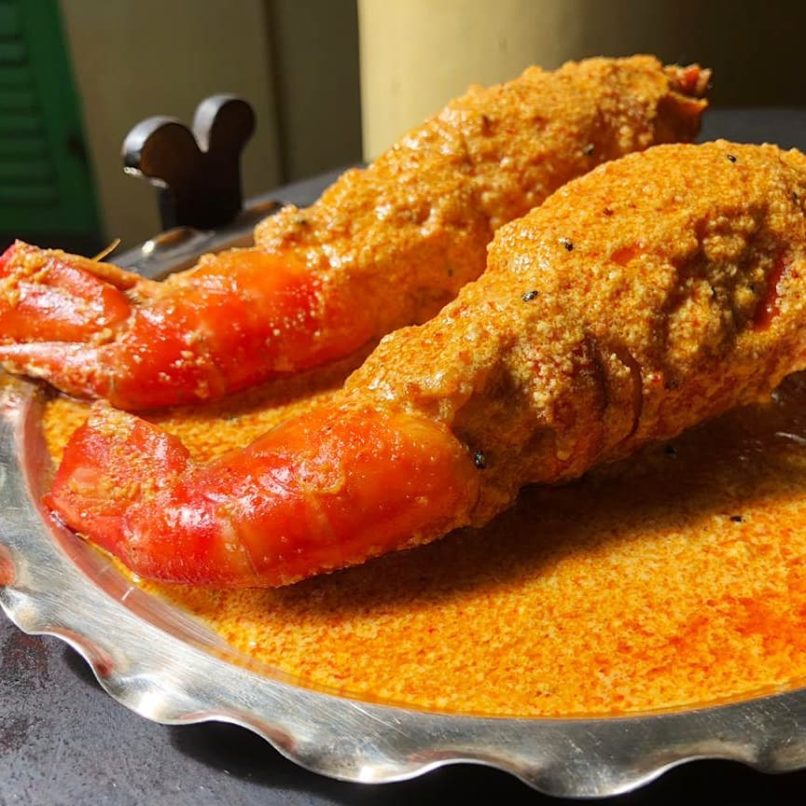 Bengalis love their seafood and it is not news! But this curry is an interesting fusion of Malaysian and Bengali cuisine, where malaikari is not derived from ‘malai’ or milk cream, but it stands for Malay. Having said that, this is a very popular dish served across all households in Bengal. Made from tiger prawns, the gravy is made of coconut milk and simple spices. Combining the sweet and tangy of tomatoes and coconut, this curry goes perfectly with the richness of tiger prawns.

Love all things matcha? Head to these 7 spots in Bengaluru to indulge yourself

December eats: Where we are eating in Delhi NCR all this month