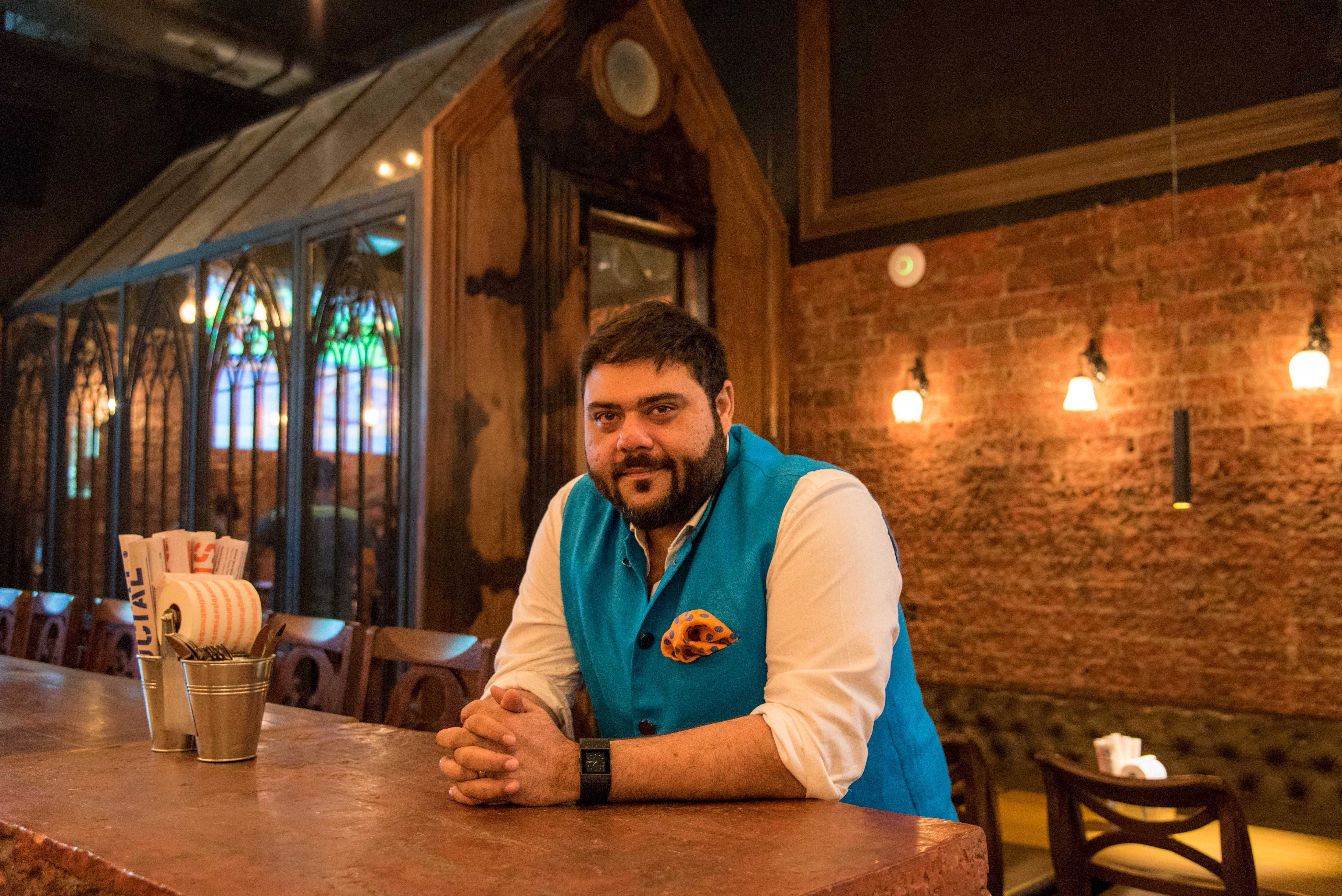 If one man can be credited for changing the face of India’s dining culture, it’s Riyaaz Amlani. CEO and managing director of Impresario, in his 18 years in the F&B industry he’s made it more inclusive, approachable, and fun. Starting off with the popular Mocha in 2000, which went onto have a cult following, Amlani has said that it was a lack of options in the ‘90s that led him to create a space where youngsters could catch up over a cuppa. With his enthusiasm trumping industry experience, the first Mocha in Mumbai led to many more across cities, as well as a number of restaurant models, most of them achieving the similar cult success.

Today, Amlani heads Social, Smoke House Deli, Mocha, Flea Bazaar Café, Slink & Bardot, Prithvi Café, and Salt Water Café — a total of 48 restaurants across 15 cities. Whether it is a concept co-working space, a casual fine dine, European-inspired spaces, or a warm coffee house, each venture comes with its own distinct character. For all his accomplishments, Amlani is grateful to his team and their hard work, and his family, is solicitous about the growth of India’s food & beverage landscape, and keen on giving the millennials what they seek. As he furthers his vision of reaching out to more and more people with quality food spaces, he speaks to us about the industry’s future, Urdu poetry, and future plans for Impresario.

You’ve said you aren’t a foodie yourself. Then what drew you to starting a food business?

I was working towards setting up an amusement centre, where I had to provide food and drink on the side. But soon I started enjoying that aspect of the business more, and then I started Mocha. And then one thing led to another.

You’ve always had the pulse of the F&B the industry. How do you manage that?

It’s just listening to your customers, really. They tell you a lot. I mean they’ll not exactly tell you what they want…you know there’s a very famous story about Henry Ford, who said that if I ask people what they want, they would say faster horses, but he made a car. So it’s about interpreting what people are saying.

Equality without class differentiation is a cause you care about. What role does the F&B industry play in this?

There were these semi-apartheid conditions that were existing in India. People were always like ‘this is not my type of place, not my type of crowd’, but at the end of the day these are your people, you can’t ignore that. That is one part. And the second part is that India has 700 million people who are under 30 but only 7 million who are under 30 and financially well off…if you are able to bridge the gap, you are able to bring everyone together, you can mean something to a larger population, that for me is a greater art form.

How has the industry evolved in the last 18 years?

Just the fact that coming from a point where there were virtually no quality restaurants outside five-star hotels to a point where all quality restaurants now are virtually outside of five stars.
It’s been an interesting journey. Options available for all price points have now increased, and now here’s a lot more focus on our heritage. Earlier we used to be embarrassed of our heritage, now we find pride in it. And this voice is emerging in all forms, whether it’s in business, arts, literature, or filmmaking — there’s a distinct voice which is not apologetic, which is not ashamed.

The strangest encounter you’ve had through all these years in F&B?

One thing you’d like to change about India’s F&B industry?

Over regulation. It can kill many a restaurants before they start.

What’s next for Impresario?

We’re really excited about flea Bazaar Café, and are looking for a space in Delhi for it.

What do you enjoy doing in your downtime?

I enjoy spending time with my family. I love to read, and I play video games.

How do you fit in family time with your busy schedule?

It’s tough, but the amount of quality over quantity is what matters. Make sure the time you spend means a lot. When I’m with my kid, at that time there are no mobile phones…none of that. When I’m with them [my family], I’m with them, that’s the most important thing.

One thing you’re passionate about that no one knows of?

Could you recite something for us?

I’m a huge fan of Ghalib, every couplet of his is quite fascinating. People think he was a morose fellow but he was actually very funny.
Huā jab ġham se yuuñ be-his to ġham kyā sar ke katne kā
na hotā gar judā tan se to zaanū par dharā hotā
Huī muddat ki ‘ġhālib’ mar gayā par yaad aatā hai
vo har ik baat par kahnā ki yuuñ hotā to kyā hotā
[When so burdened, why the sorrow of losing one’s head
if it had not been severed, would be hanging low instead
Though he’s been dead for ages, Ghalib is still thought of today
at every trice, to ask what would be if it were this way]

The last book you read that you couldn’t keep down?

If not a restaurateur, what would you be doing today?

A DJ or an interior designer.

Best Restaurants Restaurateurs Food in India
Megha Uppal
Senior Associate Editor
An innate love for travel and food has translated into many a trips since childhood for Megha; it also fed her curiosity to know about local cultures. When not writing, she is on the lookout for three things: A great dark chocolate dessert, a beautiful pool where she can practice her backstroke, and art that she can save up for.
Travel Culture Food Drinks
Sign up for our newsletters to have the latest stories delivered straight to your inbox every week.

Bookmark these iconic restaurants in Udaipur for a delightful dining experience