Even veterans of the hospitality industry will easily admit that running a restaurant in India is not easy. So one can only imagine the challenges faced by first-time restaurateur and chef Sarah Todd when she opened Antares in Vagator, Goa, in 2015. However, the celebrity chef who rose to fame as a finalist on MasterChef Australia Season 6 (2014) built a space that quickly became popular for its local cuisine and beautiful al fresco setting. Earlier this year, when the restaurant was reduced to ashes due to its thatch roof catching fire, Todd had it standing up again within five months.

This doggedness is trademark Todd. Just look at her career trajectory. A model who decided to give it up to follow her passion for food, she made her mark in a top television show, and came to India and created an empire of three restaurants, six television series, a cookbook, and became a consulting chef for PVR Cinemas among others. Single mother to 8-year-old Phoenix, Todd, who splits her time between Australia and India, was recently in the country conducting nine meals in 11 days across different cities.

If that wasn’t enough, the latest feather in her cap is the AO Chef Series at the Australian Open 2020. The prestigious series has an all-female line-up this time, and Todd will be hosting two elaborate dinners at the tournament. “The dishes I’m doing are very India-influenced. The Indian cuisine we know in Australia is very different from what it actually is. So I wanted to take it in a modern contemporary way, where it is maybe just a laal maas gravy, but it is the influence coming through.”

Todd’s strength is Indian cuisine and there’s no denying the curiosity that evokes, and her dishes steer towards Indianness more and more every year. “My son’s father is Indian, so I learnt a lot from their family. But to be honest, once I started tasting the flavours, I was just so blown away. The simplest ingredients can be so flavoursome with just a little bit of spice or flavour added to it.” This was proven when her aloo gobhi became one of the most popular dishes on Masterchef Australia that season. Though Todd didn’t go on to win the title, she was one of the favourite contestants.

Even at Antares, Todd’s cuisine has shifted from international to more local over time. “When I first came to India I did a very French menu, and when I started developing the dishes I was like ‘I’m not doing this’. I tore the menu in half; I wanted to have more Indian influence. Not necessarily classical Indian, but Indian touches, whether it’s produce or technique or smokiness of the tandoor — just add more flavour.” Today, she also runs The Wine Company in Gurugram and The Wine Rack in Mumbai. “People felt like it was too pretentious and couldn’t be fun and young, I wanted to show that wine can be served with Indian food. It’s just like when you’re balancing a dish, the flavours (of dish and wine) have to go together.” 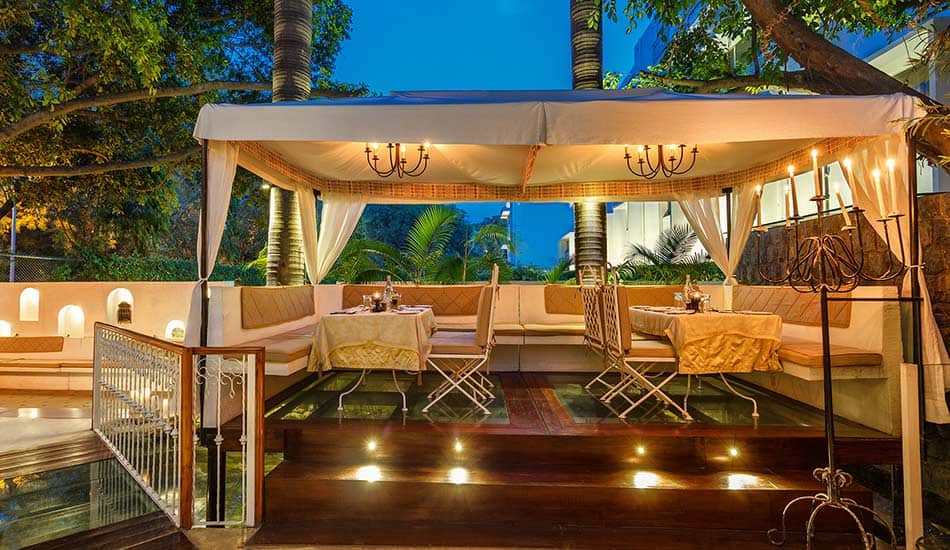 Todd started off as a model at 18, has done several TV shows, and has a strong social media presence – but it’s the kitchen where she finds herself most at ease. Dividing her time between Australia, her home country, and India, she credits playing the many roles successfully to having a great team. “You need a good team around you. People who are equally passionate makes a big difference. And yes, just living in the moment, it’s a juggle for sure.”

From contestant to culinary empire, the last five years have been quite a journey for Todd. “The biggest thing is that I was very particular about everything in the beginning. I’ve learnt to be more flexible and adapt.” As for the industry, she’s happy about the evolution. “In the beginning, the mindset was very closed, people were like ‘Why would I go to a restaurant and eat saag?’, but it’s about completely turning the dish on its head, allowing people to enjoy it and understand that one can always play with flavours.”

Along with preparing for the Australian Open, Todd is also working on another recipe book. “It’s for the global audience, and is India-influenced. Especially in Australia, where it seems very complicated. I want to say that I’ve been in India for five years and learning these delicious, healthy flavours, it’s not as difficult as you think. So, I’m showing that ‘look I’m Australian cooking in India and you can cook these flavours as well’.” Taking India to the world truly.