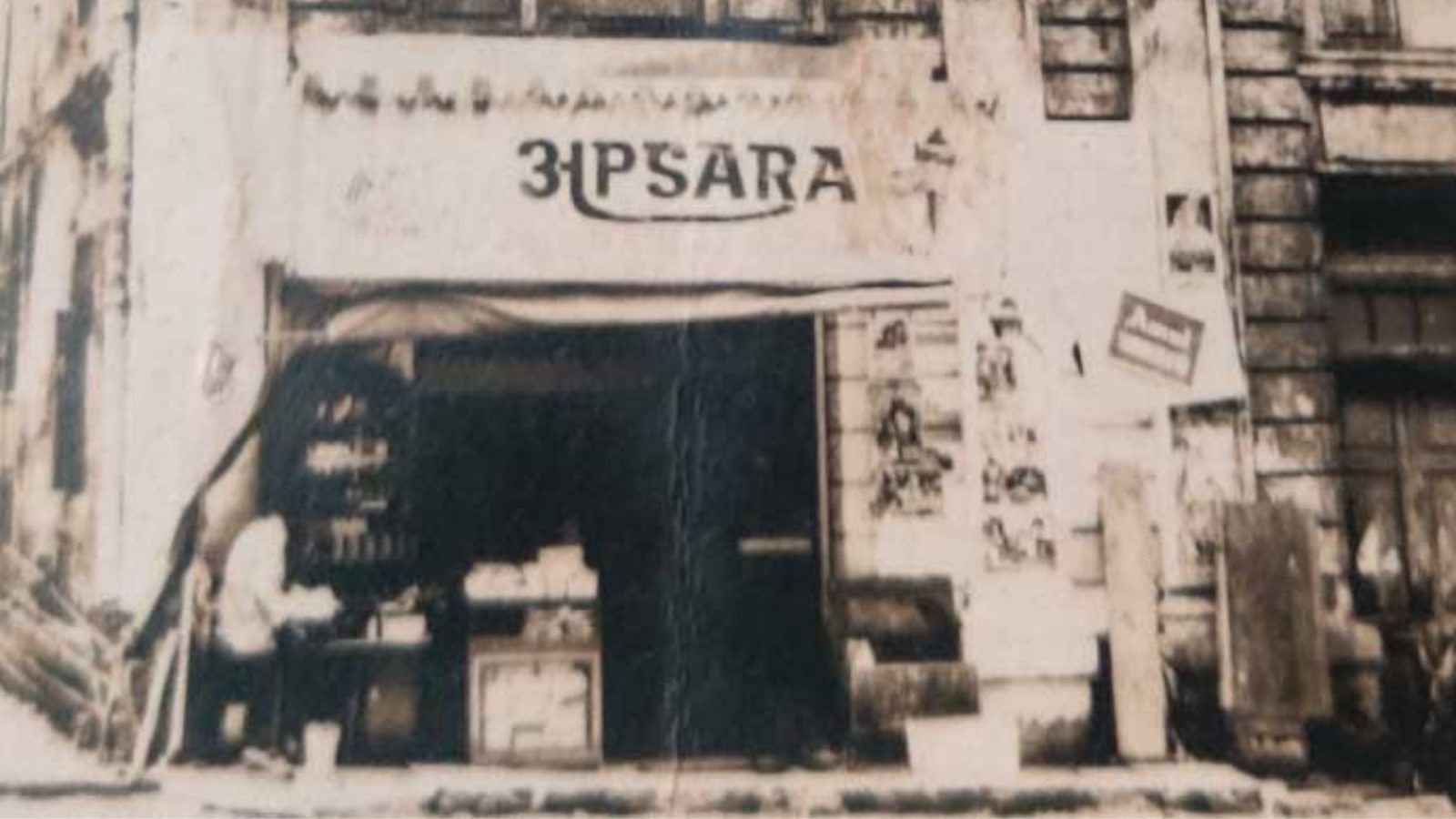 Legendary and local-approved – a few old-school dessert spots in India feature frozen treats sandwiched between wafers or propped on sticks. Whether you’ve got a hankering for ice cream or just enjoy flipping through the metaphoric pages of history – we’ve got all the scoop on the most iconic vintage ice cream shops in India.

With a delicious iteration for every season, ice cream shops in the country have gone from being just family-favoured destinations to perfect hangout spots for first dates, weekly catch-ups with friends, and low-key celebrations. And while quirky establishments with larger-than-life portion sizes and sprinkle-dusted waffle cones are a dime a dozen in major cities, a few old-world parlours continue to hold space in the hearts of locals.

Complete with classic flavour combinations and seasonal local ingredients – these feature frozen treats churned by hand or vintage contraptions, with recipes passed down generations. Each of these establishments have a story to tell. For a taste of all that and more, head on over to one of these vintage ice cream shops in India.

Nestled in the hustle of Bhendi Bazaar, this hole in the wall has been serving old-school, hand-churned ice creams since the 1800s. The story goes that Valiji Jalaji from Kutch migrated to Mumbai (then Bombay) and looked into procuring ice – then considered a luxury item – to create a frozen treat with fresh fruits, full-cream milk, and sugar. The shop quickly grew in popularity, continuing to draw a dizzyingly large set of people – locals and tourists alike – today.

The business is a family affair, now being run by Aamir Hatim Icecreamwala. From a limited six, the menu now boasts of up to 16 varieties – of which the custard apple, chikoo, alphonso, and lychee come highly recommended. That apart, nothing much has changed – from the oldest flavour mixed fruit to the copper canisters used for churning. Best part? There’s no harmful additives in these ice creams. This spot has served the likes of Madhubala and Abbas-Mustan.

A post shared by Pratish & Bhavika | The Crawlers Group (@pratishandbhavika)

In 1971, Nemchand Shah began offering locals hand-churned ice cream out of a hole-in-the-wall in Walkeshwar. His frozen creations were made with the best quality seasonal fruits through a meticulous approach. This had instant takers and the business grew through word-of-mouth, eventually leading to several other branches cropping up across the city. Today, it has over 50 flavours to its name, with options ranging from alphonso and strawberry to orange apricot and jamun. For a taste of history, try their old-school roasted almond flavour that’s won hearts since 1984. The pani puri pataka, guava glory, and sugar-free ice creams come highly recommended as well.

At first a department store offering clothing provisions and medicines, K Rustom’s began dabbling in frozen desserts in 1953 with flavours like papaya and walnut crunch. Large, old-school containers were used to store the flavours and prices were kept reasonable. Back then, the ice cream was served on porcelain plates which were either stolen or difficult to work with. The owners then innovated with wafers to make their creations more travel-friendly. Today, not much has changed other than a small hike in prices and a drive to the spot is a near ritual for many locals. Their toffee crunch, mango delight, coconut crunch, and Nescafe come highly recommended.

Centrally located, this no-fuss spot is often brimming with visitors – from school children to office-going professionals. The Death by Chocolate here – loaded with decadent cocoa-based sauce, nuts, and creamy ice cream – has a cult-like following. The menu also boasts of options like peach melba, brownie fudge, hot chocolate fudge, black currant, rocky road, rum and raisin, and more! And although now this ice-cream parlour is one of Bangalore’s most popular, it first began as a fast food cafe, being remodelled several times over since the 1980s and switching to a dedicated dessert menu to keep up with competition. The menu here is eclectic and prices affordable. Don’t miss out if you’re in the city.

Another wildly popular spot in Bengaluru, this milk bar and ice cream parlour dates back to the early 1900s and was started by an English native James Meadow Charles. The story goes that the space’s three flavours – vanilla, raspberry, and chocolate – were often on the itinerary of locals on their way to a leisurely stroll at Ulsoor lake. Post independence, the Vrajlal Jamnadas took over the business, adding a series of new flavours to the mix. This includes the now popular butterscotch, strawberry, and chocolate fudge flavours. The banana split here is a must-try and their milkshakes and sandwiches are also popular. Lakeview Milk Bar has a reputation for standing firm through several changes in the city, keeping its shutters open for diners and those seeking a sweet bite. It’s also popularly known as the city’s Willy Wonka Factory. Drop by on an evening for a quick bite.

One of Old City’s most popular dessert spots, Famous Ice Cream is named after Moazzam Jah, the son of the last Nizam of Hyderabad. Located in Moazzam Jahi market – which is brimming with old-school establishments – the ice cream parlour is known for its hand-churned, seasonal fare. First established in the 1950s, locals have long been raving about the additive-free frozen fare here, the most recommended of which are the mango, chikoo, custard apple, and chocolate flavours. The atmosphere is quite laid-back as well, with plastic chairs and old-school tables overlooking yesteryear architecture. Drop by for the history, stay for the creamy treats.

Undoubtedly one of the city’s most beloved ice-cream spots since the late 1900s, Sujata Mastani began as a small space in the heart of Pune. The story goes that the establishment employed the use of traditional French pots to create fruit-flavoured ice creams titled Mastani – a nod to the attractiveness of each serving, much like Bajirao’s Mastani. This method typically involves eggs but the store innovated to make it without. No preservatives go into the process and over 20 flavours are now up on the menu. Of these, the rose milk, mango, custard apple, and strawberry flavours are a must-try. Don’t miss out if you’re in the city.

Perhaps one of the most iconic vintage ice cream shops in India, Ideal Ice Cream’s journey began with S Prabhakar Kamath in the late 1900s. He first began with a business dealing in general items until seasonal difficulties had him tapping into a more lucrative, steady gig. Enter Ideal Ice Cream, which set out to be the best possible in the region – with Kamath carrying out several home experiments. 14 flavours on the menu soon caught on with locals and tourists alike, with people queuing up for a bite. While here, the iconic flavour Special Gadbad is a must-try. Today, there are 40 flavours on the menu, the pineapple, butterscotch, lychee, bee-hive, chocolate fantasy, banana split, and dry fruit cocktails being recommended.

Perhaps one of the most popular names in the capital city, Nirula’s began with selling fast food – burgers, fries, pizzas, the whole shebang – in the late 1900s, decades before the first McDonald’s stepped foot in the country. The story goes that the establishment was once the pinnacle of modern dining, being thronged by people keen on a taste of the international fare and one of the 21 flavours of ice creams served in cones and cups. Years later, it encouraged teenagers to step through its doors through an enticing offer of free ice creams for those who topped their exams.

School children would carry report cards to the space to be stamped with “I am a Nirula’s scholar.” Ofcourse, a sundae followed – the most popular being the Hot Chocolate Fudge with vanilla ice cream, dark chocolate brownie, and nuts. Zafrani Badam Pista and 21 Love are also recommended. The years since, several of Nirula’s outlets have shut down. However, the love for the ice-creams has stayed alive in the hearts of locals. Stop over when you’re in the neighbourhood.

One of Jaipur’s most iconic, old-school ice cream parlours, Jal Mahal started with late Mahendra Singh’s vision to serve the region’s most decadent ice creams. Despite undergoing several makeovers over the years, the quality of the frozen treats here remains unchanged. On the menu are popular options like Hot Chocolate Fudge, Earthquake Sundae, Cherry Berry Sundae, Fruit Loop Sundae Ice Cream, and more. You could also grab ice cream cakes here and there are sugar-free, eggless options on the menu. Don’t miss out if you’re in the city.

ice cream parlour best ice cream vintage restaurants
Eshita Srinivas
Eshita spends her days writing, rewriting, and thinking of things to write about. In the little time she has left, she daydreams about going on a solo trip across Asia.
Travel Food Drink Entertainment
Sign up for our newsletters to have the latest stories delivered straight to your inbox every week.