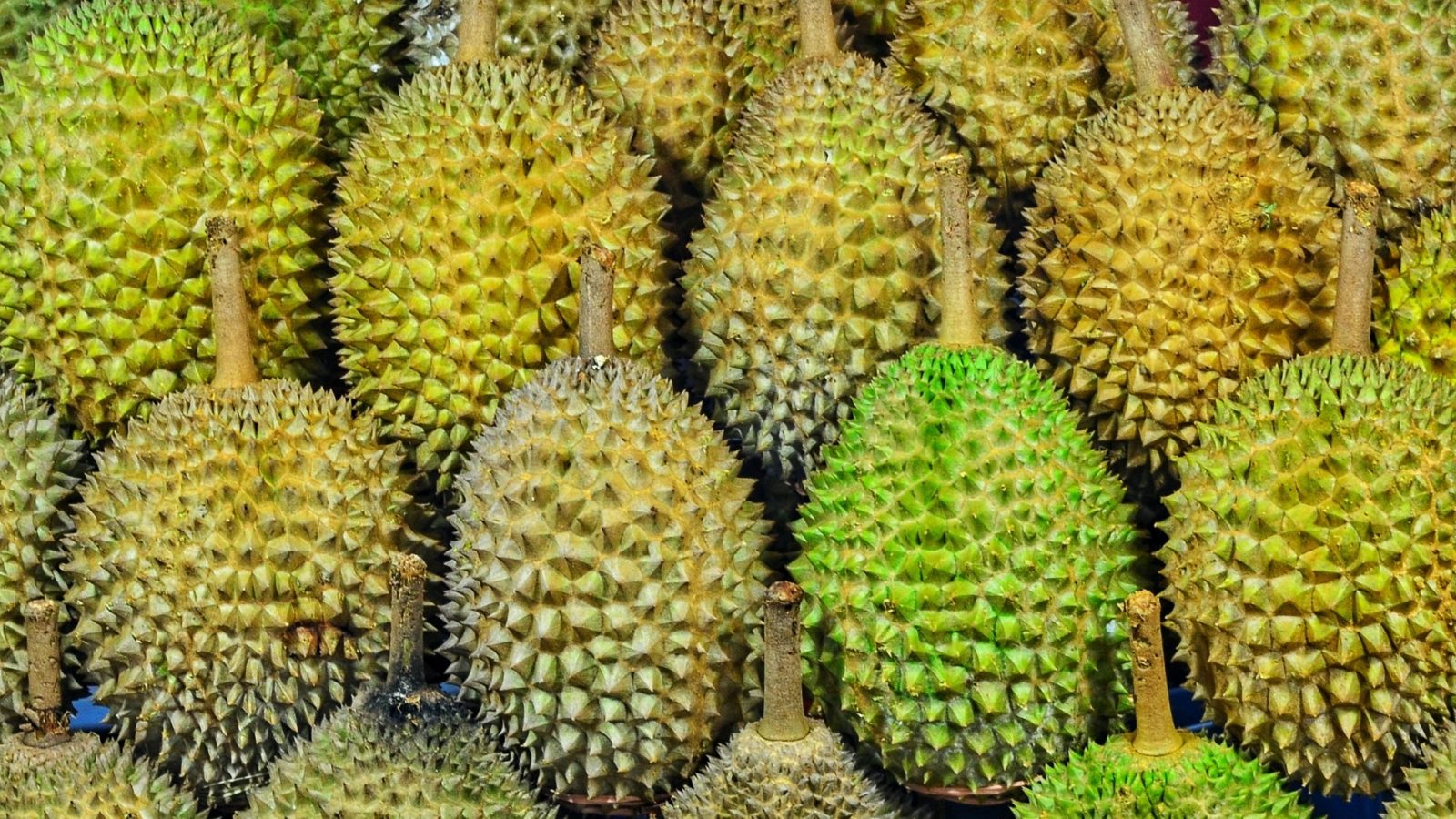 Weird foods and dishes that will probably leave you shocked

The world of weird foods includes a fair share of oddities as well as a bank of the most delectable ones. While patrons of the weird ones have acquired tastes, first-timers may not enjoy them because of their smell, appearance or taste.

Moreover, some can even give you a culinary shock, making you wonder, ‘How can they eat something of this kind?’ From Iceland’s hákarl to Southeast Asia’s durian, here are some weird foods and dishes that may take some getting used to.

During a challenge with James May on the cookery programme The F Word, Gordon Ramsay put a slice of Hákarl in his mouth but immediately spat it out. That would perhaps serve as a warning to stay away from this dish. If not, here’s one more reason to think before trying Hákarl: The late culinary legend Anthony Bourdain called it “the single worst, most disgusting and terrible tasting thing”. So, what is Hákarl and what makes it so disgusting?

The dish is the rotten carcass of a Greenland shark — the longest living vertebrate on earth, found in the deepest waters of the Arctic and North Atlantic. The meat of the shark is first buried for months and then hung to dry for a longer time. The fermentation and the drying are necessary because the shark’s meat is toxic, containing trimethylamine oxide and uric acid. Yet, despite all the processing, the ammonia-rich smell, which some chefs have equated to the smell of urine, lingers.

So, Hákarl is only for those who have the strongest of hearts and, maybe, no olfactory sense.

Shiokara is an izakaya dish — something that’s eaten as a snack with alcohol. The salty dish is prepared by slicing raw squid into small pieces and then mixing them into a fermented paste made from the animal’s internal organs. Besides squid, shiokara can be made from tuna, salmon and crab.

The dish was popular in the 11th century but is now considered as “chinmi” (meaning rare taste) by the Japanese who enjoy it as a delicacy and whose taste one acquires over the years. However, to foreigners, shiokara would be a trip to gastronomic hell — one that cannot easily be forgotten.

Some food habits are a result of a terrible past, and the fried spider is no exception. Though the critters have been part of the cuisine in these parts for decades, it is generally believed that people started relying more on the arachnids to survive severe food shortages during the repressive reign of the Khmer Rouge.

Cut to 2020, Ramsay tried this ‘snack’ on his trip to Cambodia with apparent trepidation. He acknowledged that the legs of the spider — a species of tarantula — taste like chicken. However, when he chewed the belly of the spider, the famed British culinary legend reacted in the same way he did to Hákarl. Ramsay’s description of the body as having a “bitter, bile, sour taste” is evident, for the abdomen contains the innards of the spider and may also have eggs and excrement.

The tarantulas are caught, marinated in a mixture of sugar and salt. Then, they are deep-fried in oil with garlic. Though fried spiders can be found in the capital city of Phnom Penh, it is more popular in the town of Skuon, which got the name “Spiderville” because of its long association with fried spiders.

Don’t be fooled by the name. ‘Rocky Mountain oysters’ is a shockingly deceptive name for something that has got nothing, even remotely, to do with the sea. When served, they might be mistaken for KFC’s fried chicken. But you might not want to put it in your mouth once you know what it actually is.

Famous in the American West and western Canada, this dish is made with bull testicles. (Yes, you read that right.)

The testicles are coated in flour, deep-fried and served with sprinkled salt and pepper. The animal’s slimy gonads will most certainly put-off even the most adventurous foodie but cowboys swear by its health benefits. Several cheekily named “testicle festivals” are organised in the regions around the Rocky Mountains, where these “oysters” and their variants are consumed by thousands of visitors.

Speaking of variants, there are similarly prepared dishes made from the testicles of lamb, sheep and pigs in these parts. And if you really want to get a hint of how someone might react when told they are unknowingly consuming testicles of a sheep, you might want to see the scene from the 1988 movie Funny Farm.

Unlike Rocky Mountain oysters, pig’s blood cake contains what its grisly name suggests. Though it appears like a popsicle when served, its resemblance ends at that. Sold on the streets of Taiwan, this food is made by mixing steamed rice in the blood of the swine. The pork-soy broth is applied to the cake, following which it is coated in peanut flour and cilantro. Best when served hot, the cake has a slightly sweet taste.

The delicacy became a major political issue between Taiwan and the US when Taiwanese media reported in 2010 that the US Department of Agriculture (USDA) had banned pig’s blood cake over food safety concerns. Though it was later traced to a rumour, the then Taiwanese President Ma Ying-jeou released a video criticising the reported ban.

“I like pig blood and duck blood a lot. Recently, there have been reports about the sales ban of the food in the US and I don’t think they understand the culture in Taiwan. How could they ban such delicious food?” Ma was quoted as saying by Taipei Times.

The popularity of the snack is going down among younger generations, but Taiwan News reported in 2021 that Pizza Hut had launched a dish, which surprised even the locals because it mixed pig’s blood cake with another weird dish — century eggs.

Century egg is also known as the thousand-year egg or the millennium egg. However, the name has nothing to do with the time they need for preservation. In fact, all it takes is about a few weeks to a few months, and the egg is ready for consumption — provided you can overcome the challenging, cringe-worthy appearance.

The yolk is slimy green and the whites turn into a dark brown jelly. Then, there is the rank smell, which is so terrible that Thai people nicknamed it “khai yiao ma”, meaning “horse urine eggs”. But fret not, horse urine is not used in the preparation.

Basically, century eggs are prepared by placing eggs of chicken, duck or quail in a mixture of black tea, salt, lime, and freshly burned wood ashes. The vat containing the ingredients is then left to soak for weeks or months till the eggs get their distinct appearance. Despite their ghastly look and unnerving smell, the eggs are surprisingly tasty, which is why they have been very famous in China for centuries. The dish is served in several prominent restaurants in Hong Kong. Yet, just like pig’s blood cake, the popularity of century eggs has been declining among the younger lot.

A part of the Chinese cuisine for around 1,000 years, the bird’s nest soup is cherished for its so-called “medicinal properties” as per Chinese traditional medicine. The soup is prepared by slowly cooking the nest of the swiftlet bird with rock sugar till it turns into a gelatin-like substance. The nest is itself tasteless but can acquire the flavours of ingredients used to make the dish. It can also be used in savoury or sweet dishes.

Like other weird dishes, the main ingredient of the soup — the bird’s nest — is rather repulsive, even though the nest itself has no taste. Swiftlets do not construct their nests from twigs or straws but from their saliva, which hardens to take the shape of their nests.

While many around the world would not want to taste it, the high demand in China has pushed prices to several thousand dollars for every kilogram. Since swiftlets are found in Southeast Asia, countries such as Indonesia, Malaysia, Vietnam, Thailand and Cambodia have capitalised on the demand and built concrete birdhouses to build nests, making the nest trade a major source of revenue.

Durian is a spiny fruit that is primarily grown in Southeast Asian countries of Malaysia, Thailand and Indonesia but its fame (or infamy, for some) transcends continents. When American actress Jessica Chastain fed Jimmy Kimmel a slice of durian on Jimmy Kimmel Live in 2016, the host remarked, “It’s on the line between horrible and delicious.” Even stronger sentiments were expressed by Anthony Bourdain, who said that eating it will make your breath “smell as if you’d been French-kissing your dead grandmother.”

If this was about the taste, note that it is often called the world’s smelliest food. The odour is so horrible that food writer Richard Sterling reportedly said it can be “best described as pig-shit, turpentine, and onions, garnished with a gym sock”. And indeed, its smell is the reason why the fruit is banned on public transport and to many hotels in countries such as Singapore, Thailand, Hong Kong and Japan, despite it being grown in some of them.

However, many find the fruit’s bittersweet flavours and creamy texture appetising. It is also in high demand in China. According to a 2020 Reuters report, around 79 percent of Malaysia’s frozen durian exports go to China. Called “king of fruits” in the region it is grown, durian is rich in nutrients such as iron, vitamin C, and potassium. For first-timers who dare to taste it, numerous street-side stalls are selling the fruit.

Lab-grown foie gras could reach our plates soon, thanks to a French startup

How to make your new favourite fried chicken