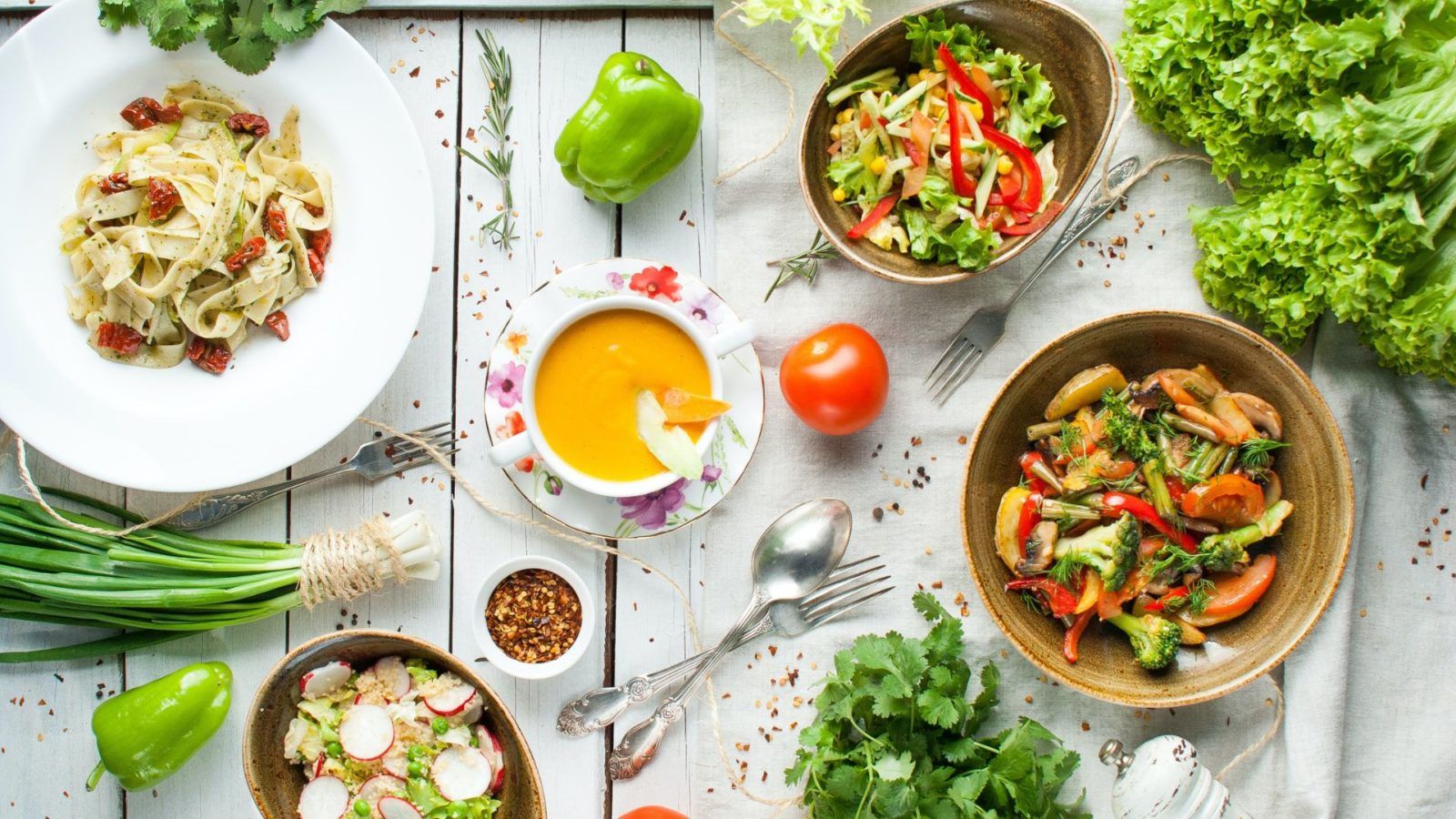 Food & Drink
Diving into plant-based lifestyles: Differences between vegan and vegetarian
Share this article
Next article

Whether you’re considering adding a plant-based spin to your dietary habits or are just confounded by the set of labels you see in culinary circles, you’re bound to be confronted by the classic question – what’s the difference between ‘vegan’ and ‘vegetarian’? We’re setting the record straight with this quick guide.

The scores of mock-meats and milk alternatives flooding the aisles of grocery stores and menus of most eateries have brought with them different, often confusing tags. Of these, the most popular are the ones that spell ‘vegan,’ and ‘vegetarian.’ And while they seem interchangeable at the outset, a quick glance at the ingredients list is all it takes to learn exactly how different they are. We’re exploring aspects of both by sticking our nose into the plant-based guidebook.

The Vegetarian Society defines vegetarians as people who don’t consume products that stem from animal slaughter. This largely includes red meat, poultry, seafood, insects, and stocks or other products derived from animal protein and fats. However – depending on the consumption of a few other byproducts of animals – vegetarians can further identify as:

In addition to this, certain people identify as pescetarians (semi-vegetarian which involves avoiding meat and most types of seafood other than fish. This may or may not include dairy and eggs. Reportedly, vegetarianism dates as far back as 700 B.C and could be practiced for reasons that include health, ethics, environmentalism, and religion.

The Vegan Society defines veganism as a way of living which seeks to exclude – as far as practicable – all forms of exploitation or cruelty to animals. This could be for food, clothing, or any other purpose. This translates to a diet that does not include meat, seafood, eggs, insects, dairy, or honey. It also involves avoiding leather, alcohol processed with animal by products, places that hold animals in captivity, and products tested on animals.

Differences between vegans and vegetarians

Both vegans and vegetarians reduce the impact of greenhouse-gas emissions – which are directly linked to meat production. Studies state that a global shift to plant-based diets could reduce gas emissions by up to 70 percent by 2050. That, along with reduced pollution and contamination of streams and rivers – also caused by livestock production – make them an environmentally sound choice. Vegans, in fact, are believed to have the lowest carbon footprint.

Additionally, both diets are low in saturated fats and cholesterol, each with high amounts of nutrient-dense foods like fruits, vegetables, whole grains, seeds, and nuts. Poorly plan either of them and you’re bound to have vitamin deficiencies – especially B12 and long-chain omega-3 fatty acids. That aside,, both diets are considered safe to follow at all stages of life. However, a few notable differences include:

What remains common between both the diets, however, is that with climate change being a crisis, they’re triggering a wave of change in the culinary world. Let’s just say that Meatless Mondays are here to stay. Bearing this in mind, several celebrities have switched over to vegan or vegetarian diets. Here are a few you should know of:

Vegetarian Vegan plant-based
Eshita Srinivas
Eshita spends her days writing, rewriting, and thinking of things to write about. In the little time she has left, she daydreams about going on a solo trip across Asia.
Travel Food Drink Entertainment
Sign up for our newsletters to have the latest stories delivered straight to your inbox every week.

Cafe Delhi Heights: What we know about the first restaurant to serve inside Red Fort

These places serve the best butter chicken in Delhi