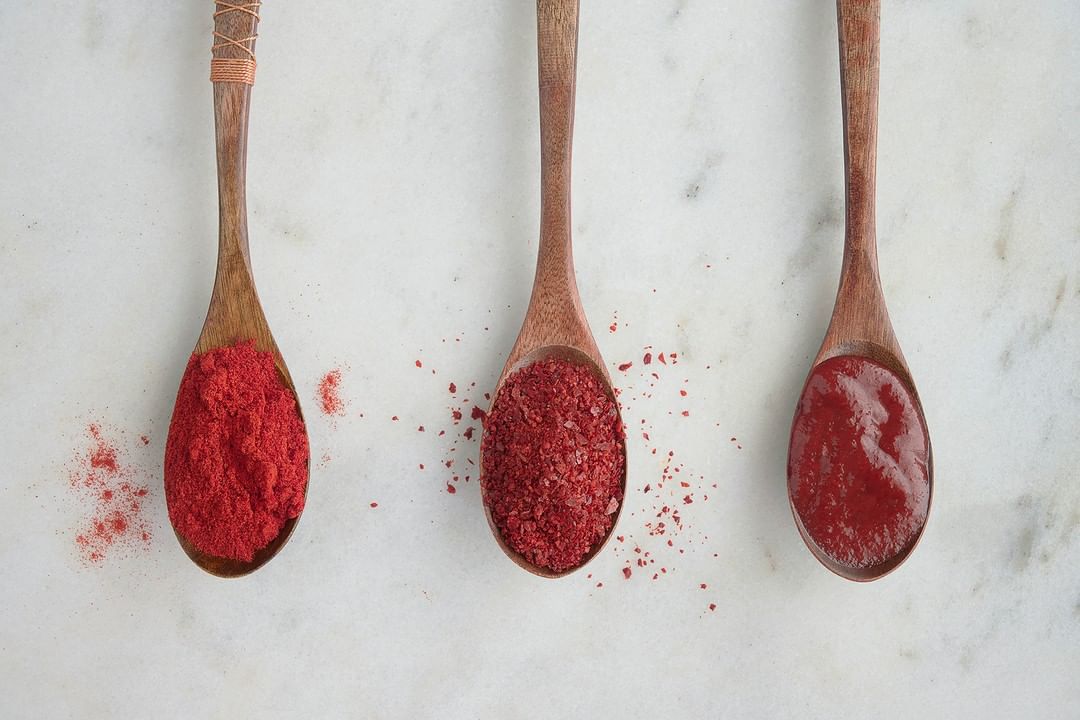 What is gochujang, the trendy Korean chilli paste that’s set the culinary world on fire?

Food & Drink
What is gochujang, the trendy Korean chilli paste that’s set the culinary world on fire?
Share this article
Next article

With spicy, sweet, salty, and umami notes, gochujang has become an indispensable part of Korean cuisine. Its versatility, however, has made it an absolute hit with chefs, home cooks, and celebrities alike. Here’s everything you need to know about the condiment, along with a few easy-to-follow recipes.

For Koreans, a spoonful of gochujang paste is as common a sight as garam masala is to Indians or miso to the Japanese. The crimson-coloured red chilli paste is responsible for imparting that umami, balanced flavour to Korean classics like kimchi, bibimbap, tteokbokki, and marinated meat for barbeque, amongst others. A combination of red chilli pepper flakes, glutinous rice, fermented soybeans, and salt, this condiment has been around for centuries.

The origin of gochujang and its health benefits

The word “gochu” translates to chilli pepper and “jang” refers to paste. Spicy pastes have always been a major part of Korean cuisine, with references to a Korean “pepper paste” found in a 9th-century Chinese document. And, although details around the origin of gochujang, in specific, remain hazy, historians note that chilli peppers were introduced to East Asia in the early 16th century by Portuguese traders.

Several years later, most Korean homes that could afford it, had stocked up on the spicy jang. Back then, the paste was fermented naturally over years in a jangdok (Korean for earthenware) in an area outside designed specifically for fermenting food like kimchi and storing staples like rice. The starch in the rice gave the paste its underlying sweetness, the fermented soybeans lent it that umami bomb, while the chilli peppers brought the heat.

The Northern province of Suchang led the country’s gochujang production and to date, hosts the annual Suchang Gochujang festival. Besides being chock full of flavour, gochujang packs in capsaicin, which has been found to boost metabolism and speed up weight loss. The fermented aspect of the paste offers probiotic benefits and improves gut health. It’s no surprise that the condiment has caught on the way it has.

How to bring the heat to your meals with gochujang

The smoky, sweet, salty, umami notes of gochujang work best when used in moderation. We’re talking a spoonful, rather than a cup, to add that depth of flavour to salads, stews, curries, marinades, and sauces. This ingredient works best in the background, subtly elevating bulgogi or chicken wings and isn’t meant to be used on its own like other hot sauces and chilli pastes. Sesame oil, sugar, and soy sauce both compliment and mellow out the intense notes of the chilli paste. And although it might seem daunting to use this ingredient at first, adding a bit of diversity to the usual rotation of meals at home isn’t all that complex.

We’ve listed out a few easy-to-follow and fun gochujang recipes to add to your repertoire.

A favourite with college students on a budget and working professionals who can’t be bothered with elaborate meals, all you need is some leftover rice, sesame oil, soy sauce, eggs, green onions and vegetables of your choice to whip this one up. You could also add minced meat, tofu, and any other kind of protein of choice to this.

Chicken wings are often believed to be great for the soul but terrible for health. However, if you air-fry your wings and coat them in healthy gochujang, you might just be able to indulge in them more often. All you need are some wings, butter, soy sauce, rice vinegar, rice wine, salt, garlic, ginger, an airfryer and 10 minutes of your time. This makes for a brag-worthy party snack as well.

Traditionally known as dubu-gangjeong, this classic Korean delicacy is a part of the region’s Buddhist temple cuisine. Since garlic is a forbidden ingredient in temple cuisine, the classic recipe does not feature it. However, there are various versions of dubu-gangjeon and you can choose to customise and adjust the flavour to your taste. Besides gochujang, you’ll need to grab some tofu, potato starch, rice syrup, ketchup, and sunflower seeds to whip this one up. It’s both high in protein and delicious.

Another traditional recipe that tastes so good, you’ll find it hard not to eat it all before you’ve had the chance to serve it. Oi muchim, Korean cucumber salad, is often served as an accompaniment to the main meal and features prominently on Korean barbecue tables. It combines the nutty and savoury flavours of gochujang with salt, sugar, sesame oil, and sesame seeds. Toss your chopped cucumbers with this sauce and you’re good to go!

A bowl of noodles is right up there in the list of comfort foods. And whether you’re looking for something gourmet that you can whip up at home or want to impress a loved one with your culinary flair, this recipe has got your back. Combining gochujang with udon noodles, mushrooms, broccolini, and green onions, this recipe has a meaty flavour, despite being vegan. Don’t forget to garnish with sesame seeds and cilantro to add that oomph to your meal.

Besides these classics, you could also experiment with gochujang in your stir frys, pasta, ramen, and even scrambled eggs. Let your imagination and taste buds guide you!

Korean food Gochujang Korean essentials
Eshita Srinivas
Eshita spends her days writing, rewriting, and thinking of things to write about. In the little time she has left, she daydreams about going on a solo trip across Asia.
Travel Food Drink Entertainment
Sign up for our newsletters to have the latest stories delivered straight to your inbox every week.

Raksha Bandhan: Check out these restaurants where Bollywood siblings dine