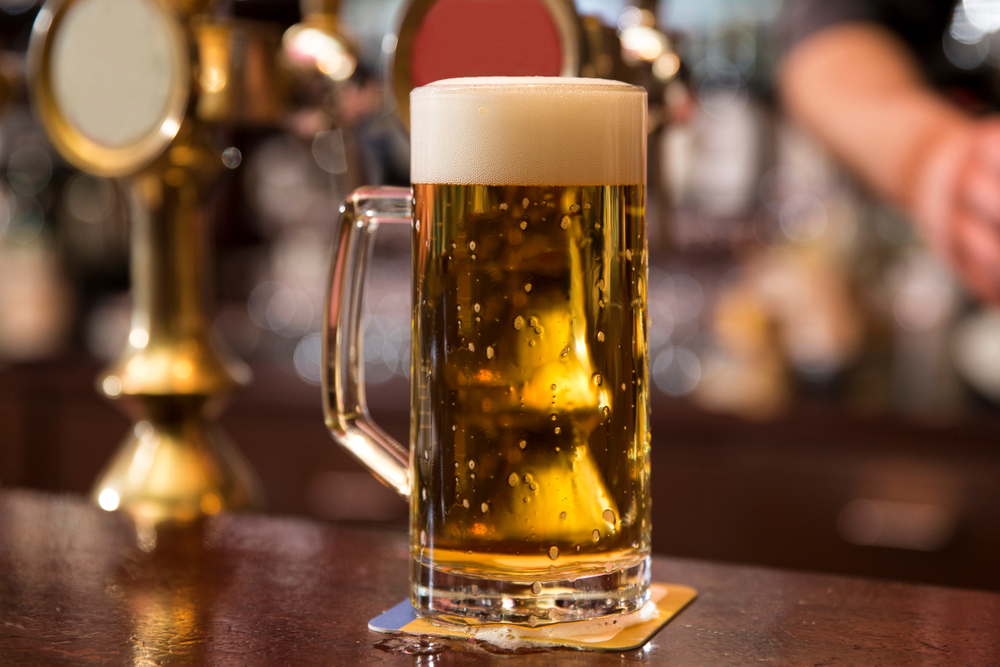 8 best microbreweries in Bengaluru to sip the best beer

This is where it all began – the microbrewery revolution that quickly spread to different parts of the country. If California’s Silicon Valley is all about wine, then our very own Silicon Valley,  Bengaluru,  is all about beer. In the country’s beer capital, microbreweries have mushroomed, offering not just a variety of flavours to its globe-trotting denizens but also becoming bustling hotspots in the heart of the city. Here are the best microbreweries in Bengaluru that mix local and international ingredients, while serving a side of interesting cuisines.

Food & Drink
New menus, new restaurants: Everything to bite into in Delhi this summer

Since opening its doors in 2010, this has become not just a city institution, but a cult. Among the six tap beers of offer, the Basmati Blonde, a light malty craft beer, and Tintin, a fruity wheat beer, are the most popular. TOit also does seasonal beers that are a huge hit – think Jamun Gose, Pumpkin Ale, and Santa Ale with hints of Christmas spices and many more. The food pairing for each beer is mentioned on the menu but favourites remain the beef burger and the wood-fire oven pizzas made from sourdough bread. You can order half and half options here. If you want something local, go for ghee roast prawns or Kerala beef fry. And if you’ve really liked what you’ve drunk, then sign up for their brewery tours, done on the first Saturday of every month.
Where: 298, 100 Feet Road, Namma Metro Pillar 62, Indiranagar

This is Asia’s largest brewery, offering 16 types of beers on tap and about 200 dishes, so we won’t be surprised if get confused about what to order. Spread over different levels, it has five experience zones – a high energy pub, a party zone, a quiet, chill zone, a high point for gorgeous sunsets, and an area over nine steps with a large screen. When it comes to the brews, our favourite is Kokum, a sour tasting variety. Despite its size, it’s best to reserve a table here.
Where: 22/123, Byrathi Village, Bidarahalli Hobli, Hennur

Bengaluru’s first microbrewery in a five-star hotel, JW Marriott, has a gorgeous pool-side location. Having tied up with a brewery in Belgium – St Martin’s – on offer here are four beers on tap – Abbey Bond, Abbey Dark, Belgian Wheat, and Abbey Tipple. It is certainly the best venue to enjoy Bengaluru’s gorgeous weather and enjoy your drink with Indian food options like Rajmah Aur Dhingri Ki Galawat, Papad Paneer Masala, and Nimbu Tulsi Jhinga. Munchies such as muruku and makhana are on the table to accompany the beer.
Where: 24/1, Vittal Mallya Road, Lavelle Road

True to its name, this resembles a German beer garden, with benches and wooden tables, and has a lovely al fresco terrace. One of the most popular breweries in north Bangalore, there are six beers on tap here – Hefeweizen, Czech Pilsner Lager, Dunkelweizen, Stout, Indian Pale Ale, Rauchbier, and Bohemian Dunkel – out of which Hefeweizen, which has hints of banana, is the most popular. The food menu spans 15 global cuisines, so order anything from Vietnamese summer rolls and tacos, to tenderloin burgers and grills.
Where: 0/1 Century Corbel – Commercial, Sahakara Nagar Main Road

Apple Cider, Japanese Dry Blonde, or Red Velvet Ale – if you are in the mood to try something different, head to this swanky brewery. Spread over three levels in what was once a mill, it has an outdoor area and  a Japanese eatery on the terrace with a sushi bar. There are unusual dishes on the menu, including masala papdi nachos topped with dal makhni and cheese sauce, and a dish called Mexican Kachori served with jalapenos and garlic chutney. For those who want to play it safe, opt for Thai fish cakes, kulcha platters and the burgers.
Where: 8, 20, Main Rd, KHB Colony, Koramangala Industrial Layout, Koramangala

Food & Drink
Fresh in Mumbai: All the new restaurants you need to check out

If you like the idea of bonding with strangers over freshly brewed beer then this is the place for you. Not only does it live up to its name, resembling a typical beer garden, but its long green community tables and benches help create a convivial vibe. The branch in Whitefield is massive. They have eight craft beers – six are served all year round and two are seasonal. To go along with the beer there is good old comfort food and local dishes as well. Try the medu vada pops, ghee roast prawns, or the Andhra chilly chicken.
Where: 2, Doddenakundi Industrial Area, Graphite India Main Road, Doddanekundi

They have experimented with beer like no other place in the city. Currently serving nine on tap, the Bangalore Bliss, a popular Hefeweizen flavour, is the favourite. They even have a beer called Strawberries and Cream for the Wimbledon season. Their munchies are quite good – think sweet potato fries, the German sausage platter, pizzas, and burgers. Keep space for the legendary dessert called Boozy Sundae, a fudge brownie with Kahlua. Oh and did we mention they even sell beer-flavoured soaps?
Where: 3rd Allied Grande Plaza, No. 8, Magrath Road, Ashok Nagar

Picture this: You have a chilled glass of freshly brewed beer on your table, you find a good book to read from the bookshelf, and just when you are ready for something more buzzing after spending some quiet time, a jazz performance begins – this is exactly what you can doing at Windmills. A library stacked with all kinds of books, a jazz performance stage, and a lovely rooftop restaurant called The Terrace, set this place apart. It has six beers on tap, of which Stout, Hefeweizen, Golden Ale, and India Pale Ale, are always available, and two are seasonal. In food, we suggest you pick from beef picante, pork ribs, Alabama cheese burger, brie and mushroom ,and the espresso pannacotta.
Where:  No. 331, Next to L&T Infotech, 5B Rd, EPIP Zone, Whitefield

Open a massive white door to enter a world where the madness of city life can be thankfully forgotten. With a pond, library, a pet-friendly section, and different levels, the 20,000 sq ft space can offer respite to a large number of people. There’s even an area that looks like a beer garden straight out of Germany. And when it comes to beer there are six varieties on tap – Ale-o-Drama, Red Ale Clouds, Ment-ale-ity, Further Lager, Wittle Wit, Phase Stout, and Very Weiss. The menu comes as a book – divided into different chapters. Don’t miss the massive 21-inch pizzas – that you can also order by slice – and the pickle and chips board.
Where: 14, Patel Narayana Reddy Layout, 80 Feet Main Road, Koramangala 6th Block

Pallavi is a New Delhi based travel writer, ever ready to explore the unexplored. She also captures the highlights of her travel experiences and her love for food in photographs and videos.